Quelimane was a district of the province of Zambezia, itself a part of Portuguese East Africa. Its boundaries corresponded roughly with those of the present-day Zambézia Province of the Republic of Mozambique (República de Moçambique in Portuguese), covering an area of approximately 39,800 square miles (103,082 square kilometers). Much of the area is drained by the Zambezi River and is extremely prone to floods during the rainy season.  Much of the coast consists of mangrove swamps, and there is considerable forest inland. The city of Quelimane is a seaport situated 16 miles (25 km) from the mouth of the Rio dos Bons Sinais (or “River of the Good Signs”). The river was named when Vasco da Gama, on his way to India, reached it and saw “good signs” that he was on the right path. The town was the end point of David Livingstone’s famous west-to-east crossing of south-central Africa in 1856.

The origins of the name Quelimane are obscure. One tradition alleges that Vasco da Gama, in 1498, inquired about the name of the place from some inhabitants laboring in the fields outside the settlement. Thinking he was asking what they were doing, they simply replied kuliamani (‘we are cultivating’). An alternative explanation is that when the Portuguese reached the settlement, they were welcomed by a notable Arab, or half Arab, who acted as interpreter between them and the natives. The name which the Portuguese applied to this individual, and his settlement, was Quelimane (pronounced Kelimãn), because in the corrupt Arabic spoken on the East African coast Kalimãn is the word for ‘interpreter”. In Swahili it is Mkalimani. 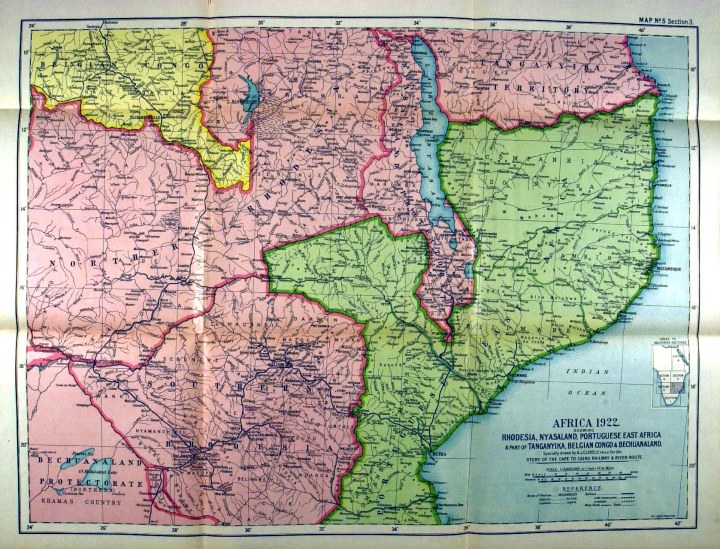 The port of Quelimane was founded by Muslim traders and is one of the oldest towns in the region. Originally a Swahili trade center, it late grew as a slave market. Vasco da Gama landed at the site of Quelimane in 1498. Shortly after, the Portuguese established a permanent presence, and many moved up the Zambezi into the interior, for many years the farthest inland European presence. Although over time there was much intermarrying, few residents were of purely Portuguese descent.

In the sixteenth century, the Portuguese founded a trading station at Quelimane, and until 1853 trade was forbidden to any other than Portuguese. Sisal plantations were organized by German planters in the beginning of the twentieth century. The town started to grow and attracted several communities from different backgrounds, including Muslims and Indians, and new infrastructure was built by the Portuguese authorities. Its busy port had tea, grown and processed in the district of Zambézia (particularly important in the region around Gurúè, former Vila Junqueiro), as its major export. Coconut was also produced and transformed in the city.

Although Zambezia was a part of the Portuguese East Africa Colony, the Portuguese government-issued separate postage stamps for it starting in 1894, with the standard design depicting King Charles, and likewise in 1898. A provisional issue came in 1902 to reflect changed rates, then after the revolution of 1910 there were several issues overprinted REPUBLICA. The postal districts of Quelimane and Tete were created from parts of Zambezia in 1913.

The first stamps issued for Quelimane in 1913 used the 1898 Vasco da Gama stamps of various Portuguese colonies which had previously been overprinted with REPUBLICA. Not only did they receive the additional overprint of QUELIMANE, they also received surcharges in denominations from ¼ centavo to 15 centavos. This issue saw eight stamps of Macao (Scott #1-8), eight of Portuguese Africa (Scott #9-16), and eight issues from Timor (Scott #17-24) overprinted and surcharged with the new values, all in black.

In 1914, a set of 16 definitives was issued using the Ceres type common to Portugal her colonies with denominations ranging from ¼ centavo to 1 escudo (Scott #25-40). These were typographed with the district name and values printed in black, perforated 15 x 14. The 2½ centavos (Scott #30) is printed in light violet.