The Republic of Senegal (République du Sénégal), is a country in West Africa bordered by Mauritania in the north, Mali to the east, Guinea to the southeast, and Guinea-Bissau to the southwest. Senegal also borders The Gambia, a country occupying a narrow sliver of land along the banks of the Gambia River, which separates Senegal’s southern region of Casamance from the rest of the country. Senegal also shares a maritime border with Cape Verde. Senegal’s economic and political capital is Dakar. It is the westernmost country in the mainland of the Old World, or Afro-Eurasia, and owes its name to the Senegal River, which borders it to the east and north. The name Senegal comes from the Wolof Sunuu Gaal, which means “our canoe”. Senegal covers a land area of almost 76,000 square miles (197,000 square kilometers) and has an estimated population of about 15 million. The climate is Sahelian, but there is a rainy season. 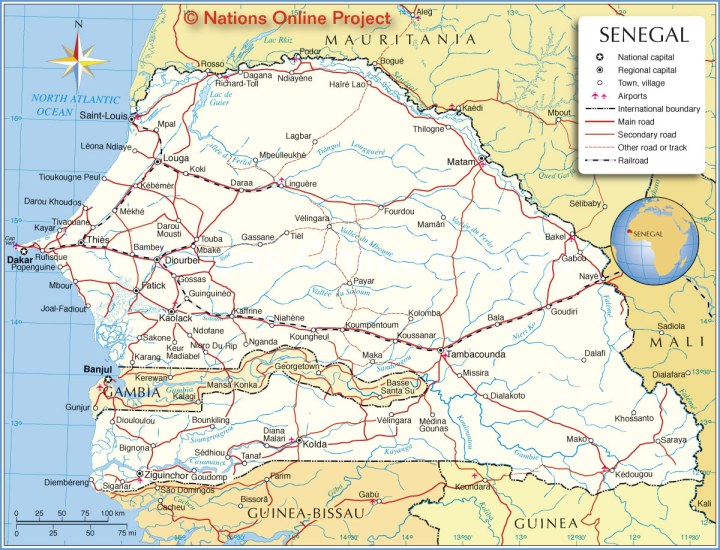 On April 4, 1959, Senegal and the French Sudan merged to form the Mali Federation, which became fully independent on June 20, 1960, as a result of the independence and the transfer of power agreement signed with France on 4 April 1960. Due to internal political difficulties, the Federation broke up on August 20, 1960. Senegal and Soudan (renamed the Republic of Mali) proclaimed independence.

The 1960s and early 1970s saw the continued and persistent violating of Senegal’s borders by the Portuguese military from Portuguese Guinea. In response, Senegal petitioned the United Nations Security Council in 1963, 1965, 1969 (in response to shelling by Portuguese artillery), 1971 and finally in 1972.

After the breakup of the Mali Federation, President Senghor and Prime Minister Mamadou Dia governed together under a parliamentary system. In December 1962, their political rivalry led to an attempted coup by Prime Minister Dia. The coup was put down without bloodshed and Dia was arrested and imprisoned. Senegal adopted a new constitution that consolidated the President’s power.

Senghor was considerably more tolerant of opposition than most African leaders became in the 1960s. Nonetheless, political activity was somewhat restricted for a time. Senghor’s party, the Senegalese Progressive Union (now the Socialist Party of Senegal), was the only legally permitted party from 1965 until 1975. In the latter year, Senghor allowed the formation of two opposition parties that began operation in 1976 — a Marxist party (the African Independence Party) and a liberal party (the Senegalese Democratic Party).

In 1980, President Senghor decided to retire from politics. The next year, he transferred power in 1981 to his hand-picked successor, Abdou Diouf. Former prime minister Mamadou Dia, who was Senghor’s rival, ran for election in 1983 against Diouf, but lost. Senghor moved to France, where he died at the age of 96.

Senegal joined with the Gambia to form the nominal Senegambia Confederation on February 1, 1982. However, the envisaged integration of the two countries was never carried out and the union was dissolved in 1989. However, the union was dissolved in 1989. Despite peace talks, a southern separatist group (Movement of Democratic Forces of Casamance or MFDC) in the Casamance region has clashed sporadically with government forces since 1982 in the Casamance conflict. In the early twenty-first century, violence has subsided and President Macky Sall held talks with rebels in Rome in December 2012.

Abdou Diouf was president between 1981 and 2000. He encouraged broader political participation, reduced government involvement in the economy, and widened Senegal’s diplomatic engagements, particularly with other developing nations. Domestic politics on occasion spilled over into street violence, border tensions, and a violent separatist movement in the southern region of the Casamance. Nevertheless, Senegal’s commitment to democracy and human rights strengthened. Abdou Diouf served four terms as president.

In the presidential election of 1999, opposition leader Abdoulaye Wade defeated Diouf in an election deemed free and fair by international observers. Senegal experienced its second peaceful transition of power, and its first from one political party to another.

On December 30, 2004, President Abdoulaye Wade announced that he would sign a peace treaty with two separatist factions of the Movement of Democratic Forces of Casamance (MFDC) in the Casamance region. With recognized prospects for peace, refugees began returning home from neighboring Guinea-Bissau. However, at the beginning of 2007, refugees began fleeing again as the sight of Senegalese troops rekindled fears of a new outbreak of violence between the separatists and the government.

The first stamps of the Republic of Senegal were released in 1960 (Scott #195-200). A single commemorative was issued on April 4, 1961, marking Independence Day (Scott #201) followed on September 30, 1961, by five stamps portraying sports (Scott #202-206) designed and engraved by Albert Decaris. Scott #203 is a green, blue and maroon one-franc stamp, perforated 13, depicting the racing of pirogues.  These are a type of light boat, usually flat-bottomed, and are not usually intended for overnight travel. They are light and small enough to be easily taken onto land. The design also allows the pirogue to move through the very shallow water of marshes and be easily turned over to drain any water that may get into the boat.

A pirogue has “hard chines” which means that instead of a smooth curve from the gunwales to the keel, there is often a flat bottom which meets the plane of the side. The pirogue is usually propelled by paddles that have one blade (as opposed to a kayak paddle, which has two). It can also be punted with a push pole in shallow water. Small sails can also be employed. Outboard motors are increasingly being used in many regions. In West Africa they were used as traditional fishing boats.

The word comes from the Spanish word piragua, which comes from the Carib piraua. Traditionally, it was just another name for dugout canoes, but it came to refer to a specific type of canoe.

In his 1952 classic song “Jambalaya”, Hank Williams refers to the pirogue in the line “me gotta go pole the pirogue down the bayou”. Johnny Horton, an avid Louisiana fisherman who celebrated Cajun customs and culture, also mentions pirogues in his 1956 song “I Got a Hole in My Pirogue.” Hank Williams, Jr. (son of country music legend Hank Williams) had a hit song in 1969, “Cajun Baby”, which refers to the pirogue in the line “ride around in my old pirogue”. Doug Kershaw’s 1961 hit “Louisiana Man” includes the line “..he jumps in his pirogue headed down the bayou”.

On the Lewis and Clark expedition, pirogues were among the boats used during the journey. The term usually referred to the medium-sized boats of the company carrying eight rowers and a pilot, capable of carrying eight tons of cargo. Henry D. Thoreau writes of using heavy pirogues in his book The Maine Woods. 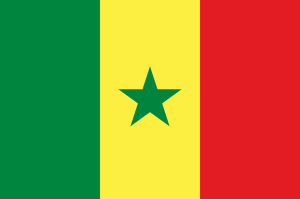