The design used for the stamps of Thurn-und-Taxis Post was somewhat similar to that used by Baden, Bavaria and Wurtemburg during the same period. They were printed in a similar manner to the stamps of those entities on paper of different colors. A contract was made with a paper manufacturer at Hanau on November 15, 1851, for a supply of suitable paper; another contract was signed a few days later with the firm of C. Naumann, a Frankfurt printer to create the plates that this company would use to print the stamps.

Four denominations for the Southern District were released on January 1, 1852, with a circular band, small posthorns in the corners to separate the inscriptions. The large numerals of value in the center are on an engine-turned ground of circular shape. These are valued in kreuzer, printed in black on colored paper: 1 kreuzer light green, 3 kreuzer dark blue with a reissue in blue the following year of 1853, 6 kreuzer rose, and 9 kreuzer brownish yellow (Scott #42-46). The dies were created in relief by “chemitype” with 150 electrotypes made for each value which were clamped together in a chase in fifteen horizontal rows of ten each to form the printing plates.

In 1859, the Thurn-und-Taxis Post discontinued the use of colored papers and printed its stamps in color on white paper. As the stocks of stamps on colored paper were used up, those on white paper were substituted. Two new denominations  — 15 kreuzer in lilac and 30 kreuzer in orange — were added to the four lower values (Scott #47-52).  The side inscriptions were changed from two lines of type to one. Another design change came in the central background of the 15 kr value — a network pattern in which the figure “15” is repeated in Arabic and Roman numerals only. The backgrounds of the higher values show Arabic numerals only.

In March 1861, the Prussian Postal Administration sent a circular to the various stamp-issuing entities forming the German Austrian Postal Union proposing that uniform colors should be adopted for stamps of the same or corresponding denominations. This was met with general approval. The adoption necessitated three changes in the stamps for the Southern District as the 1 kreuzer was already green. These changes of color took place in 1862 with the 3 kreuzer in rose, 6 kreuzer in blue and the 9 kreuzer bister being released (Scott #53-55).

All of the Thurn und Taxis stamps for the Southern District to this time were issued imperforate. As there was an ample stock on hand of the 15 and 30 kreuzer values in 1862, no fresh printings of these denominations were made.

In 1865, it was decided to introduce the convenience of perforation which took the form of rouletting which was much in favor amongst the German states at this time. This was undertaken by the printer of the stamps, Naumann and the first rouletted varities began to appear that November (Scott #56-59). The rouletting was colorless and done rather roughly as this was more of an experiment as far as Naumann was concerned. The electrotypes forming the printing plates were clamped much too closely together, so that there was no space left for the rouletting which frequently cut right into the design of the stamps. The colors were the same as before but were for the most part in slightly paler shades, showing that new printings were made.

The colorless rouletting was met with great dissatisfaction due to the manner in which it cut into the stamps.  This was remedied in 1866 by rearranging the electrocasts so that there was a space of about 1½ millimeters between them. In the space between the electros, both vertically and horizontally, brass strips known as “printer’s dotted rule” were inserted. This rule has a sharp edge divided into short lines (in this instance, 16 in the space of 2 centimeters). It stands slightly higher than the printing surface of the electrocasts. When the stamps are printed, the rule is inked as well and cuts into the paper forming the variety known as “rouletting in colored lines”. This system not only saves time for the stamps are printed and perforated in one operation.

These stamps began to appear in February 1867, using the same designs and colors as before (Scott #60-63). Because the office was transferred to Prussia soon afterwards, used copies of these stamps are quite scarce as reflected in the catalogue listings. For example, a mint copy of the 1 kreuzer green of 1867, rouletted in colored lines (today’s Scott #60), is priced at US $1.10 in my 2009 copy of the Scott catalogue while a used specimen is worth US $22.50. Naturally, forged cancellations of these stamps are common.

In 1867, Prussian purchased the entire postal rights throughout Germany from the Prince of Thurn und Taxis for a sum of three million thalers, or about US $2,250,000. The use of the stamps ceased on June 30, 1867, and Prussian stamps were used beginning the following day. The ordinary Prussian stamps served for those states comprising the Northern District as they were denominated in silbergroschen but a special series with values in kreuzer had to be released for use in the Southern District.

In 1910, reprints were made of 13 different Southern District stamps (Scott #42-50 and #53-56). Of each variety 25 sheets were reprinted and as the sheets contained 150 stamps there were 3,750 copies of each value. The colors of the reprints are generally brighter than those of the originals and the paper is also thicker. They are, however, easily distinguished for each stamp has the letters ND (neudruck or “reprint”) printed on the back in purple ink, and they are not gummed. At the same time 25 sheets of each of the 15 kreuzer and 30 kreuzer were printed in black on blue paper. At the time of their appearance, they were sold in sets at the rate of about 16¢ per stamp.

Interestingly, there is a Thurn and Taxis board game designed by Karen and Andreas Seyfarth and published in 2006 by Hans im Glück in German (as Thurn und Taxis) and by Rio Grande Games in English. In the game, players seek to build postal networks and post offices in Bavaria and surrounding areas, as did the house of Thurn und Taxis in the 16th century. The game won the prestigious 2006 Spiel des Jahres award.

The board is a map of southern Germany and nearby parts of other countries; it is marked into nine provinces, most of which are grouped into five regions. The map shows 22 cities and a network of roads connecting them. Each player has a supply of 20 markers (houses) to place on the cities. Each city may be marked once by each player and the markers remain in place.

In each turn, the players draw one or more cards representing cities then play one or more cards, forming or extending a route through successive cities along a sequence of roads. The route may be extended at either end but cannot include the same city twice. After reaching a certain length, a route may be closed and scored. The player then puts markers on some of the cities on the route that he or she has not marked already — either choosing one city in each province traversed by the route, or choosing one province and marking all of its cities that are on the route.

Points are awarded for the length of the route, for marking all cities in any of the different regions, for marking a city in every province, and for completing routes at least as long as a succession of target lengths that rise as the game progresses. Play ends after each player has had an equal number of turns and at least one player has either run out of markers or completed the sequence of target lengths; the first player to satisfy either condition also receives a bonus point. In most cases, each successive instance of scoring points for the same thing is worth less; for example, the first player to dominate the region of Baden scores 3 points, the second scores 2, and the third only 1.

The Thurn-und-Taxis Post also features prominently in Thomas Pynchon’s 1965 novella, The Crying of Lot 49, often classified as a notable example of postmodern fiction. Time Magazine included the novel in its “TIME 100 Best English-language Novels from 1923 to 2005”. 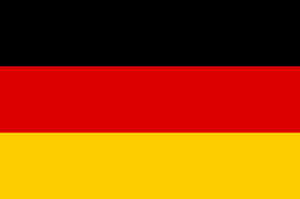