One of my favorite stamps portraying His Majesty the late King Bhumibol Adulyadej, Rama IX, is Scott #1666a which is titled “Royal Progress by Land”. The king is pictured riding upon a sedan chair borne by royal dignitaries during his coronation on May 5, 1950. The hat His Majesty is wearing in the image reminds me somewhat of a cowboy hat (although this one is covered in gold and precious stones) which I find rather endearing. This is the souvenir sheet version of Scott #1666 which continues that stamp’s design. The stamp and sheet were released on June 9, 1996, part of the 2nd Series to be released that year marking the 50th anniversary of King Bhumibol’s accession to the throne. 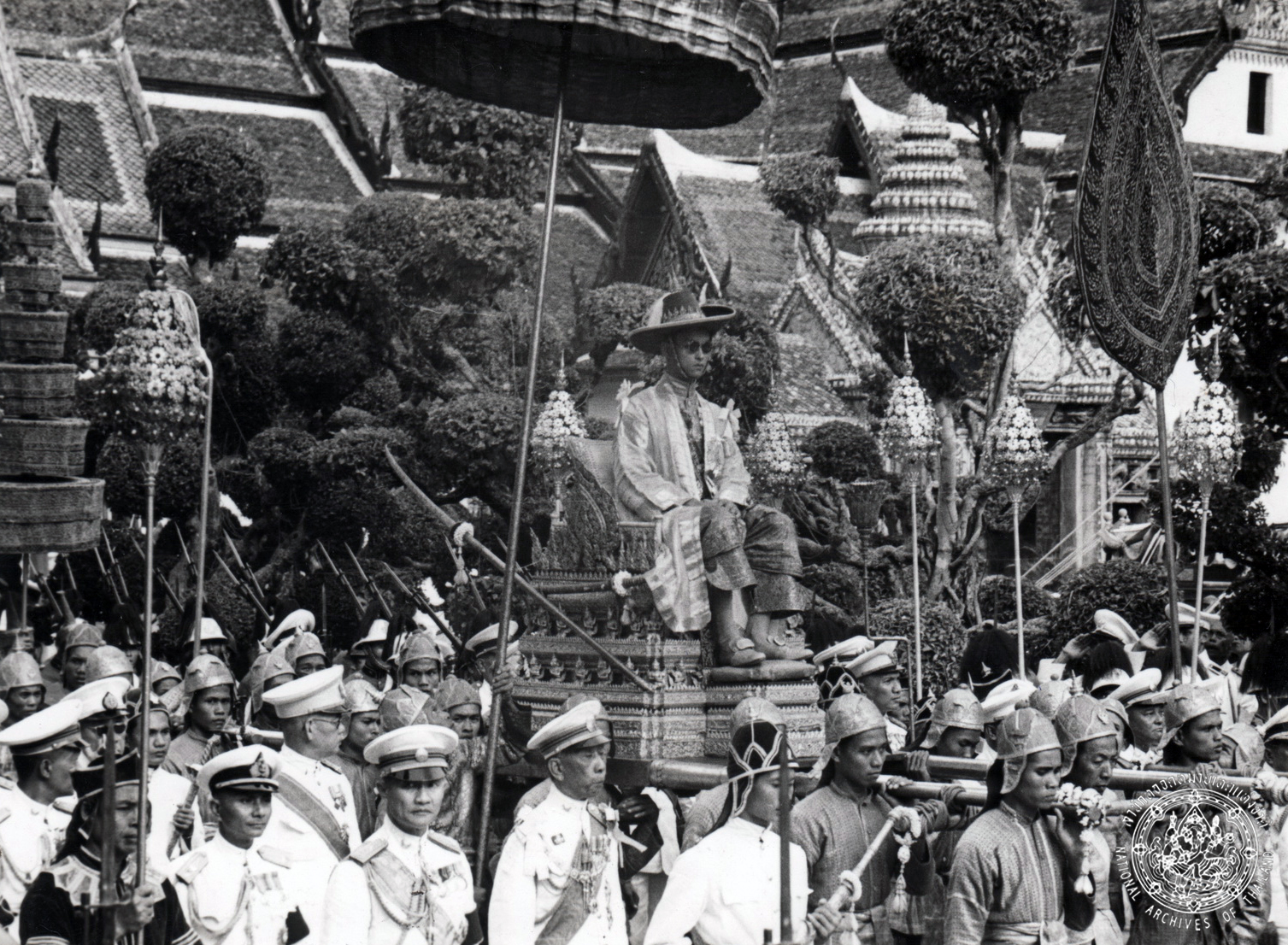 In all, some fifteen stamps and nine souvenir sheets were released by Thailand in 1996 to mark the coronation anniversary. As I previously wrote on this blog about the festivities in 1950, this entry will concern just today’s stamp. 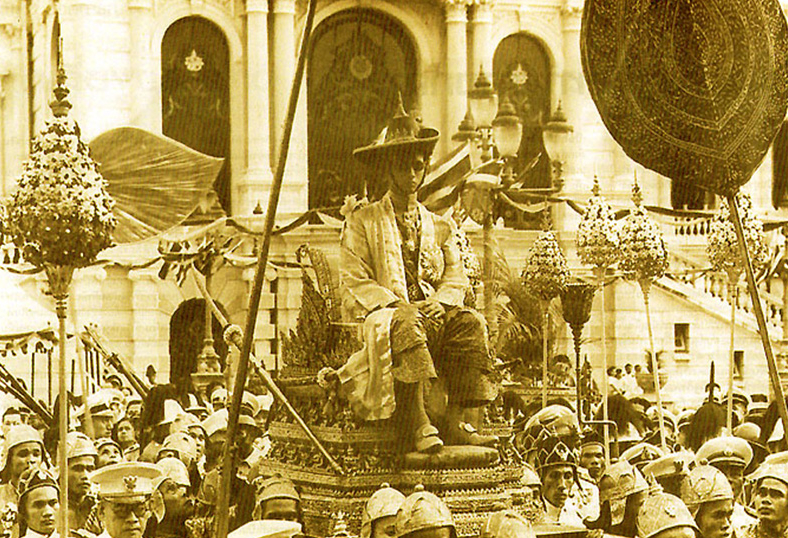 Officially titled “50th Anniversary Celebration of His Majesty’s Accession to the Throne (2nd Series), five 3-baht stamps were released showing different portions of King Bhumibol’s coronation (Scott #1663-1667). These were printed using the photogravure process on granite paper by Helio Courvosier S.A. of Switzerland, perforated 11½, with quantities of 15,000,000 stamps issued of each design. Additionally, each stamp was printed in a souvenir sheet of one with extended designs (Scott #1663a-1667a). There were 1,000,000 of each perforated sheet printed.