The Territory of the Wallis and Futuna Islands (Wallis-et-Futuna or Territoire des îles Wallis-et-Futuna in French or Uvea mo Futuna in Fakauvea and Fakafutuna), is a French island collectivity in the South Pacific between Tuvalu to the northwest, Fiji to the southwest, Tonga to the southeast, Samoa to the east, and Tokelau to the northeast. Though both French and Polynesian, Wallis and Futuna is distinct from the entity known as French Polynesia. It is located about two-thirds of the way from Hawaii to New Zealand, at 13°18′S 176°12′W, 225 miles west of Samoa and 300 miles north-east of Fiji.

The islands have a hot, rainy season from November to April with associated storms caused by the passage of tropical cyclones over the islands. There is a cool, dry season from May to October caused by the predominance of the south-east trade winds during this time. Average annual rainfall is 98-118 inches (2,500 to 3,000 millimeters) with rainfall likely on at least 260 days each year. The average humidity is 80% and the average temperature is 79.9 °F (26.6 °C), rarely falling below 75.2 °F (24.0 °C).

Only five percent of the islands’ land area is arable land; permanent crops cover another 20%. Deforestation (only small portions of the original forests remain), largely as a result of the continued use of wood as the main fuel source, is a serious problem; as a consequence of cutting down the forests, the mountainous terrain of Futuna is particularly prone to erosion. There are no permanent settlements on Alofi because of the lack of natural fresh water resources.

Mata-Utu is the capital and biggest city. The territory is made up of three main volcanic tropical islands along with a number of tiny islets, and is split into two island groups that lie about 160 miles (260 km) apart, namely the Wallis Islands (Uvea) in the northeast, and the Hoorn Islands (also known as the Futuna Islands) in the southwest, including Futuna Island proper and the mostly uninhabited Alofi Island.

Polynesians settled the islands that would later be called Wallis and Futuna around the year 1000 AD/CE, when the Tongan Empire expanded into the area. The original inhabitants built forts and other identifiable ruins on the islands, some of which are still partially intact.

Futuna was first put on the European maps by Willem Schouten and Jacob Le Maire during their famous circumnavigation of the globe in 1616. They named the islands “Hoornse Eylanden” after the Dutch town of Hoorn where they hailed from. This was later translated into French as “Isles de Horne.” The French were the first Europeans to settle in the territory, with the arrival of French missionaries in 1837, who converted the population to Roman Catholicism. Pierre Chanel, canonized as a saint in 1954, is a major patron of the island of Futuna and the region. The Wallis Islands are named after the British explorer, Samuel Wallis.

On April 5, 1842, the missionaries asked for the protection of France after the rebellion of a part of the local population. On April 5, 1887, the Queen of Uvea (on the island of Wallis) signed a treaty officially establishing a French protectorate. The kings of Sigave and Alo on the islands of Futuna and Alofi also signed a treaty establishing a French protectorate on February 16, 1888. The islands were put under the authority of the French colony of New Caledonia.

In 1917, the three traditional kingdoms were annexed to France and turned into the Colony of Wallis and Futuna, which was still under the authority of the Colony of New Caledonia.

During World War II, the islands’ administration was pro-Vichy until a Free French corvette from New Caledonia deposed the regime on May 26, 1942. Units of the US Marine Corps landed on Wallis on May 29, 1942.

In 1959, the inhabitants of the islands voted to become a French overseas territory, effective in 1961, thus ending their subordination to New Caledonia.

In 2005, the 50th King of Uvea, Tomasi Kulimoetoke II, faced being deposed after giving sanctuary to his grandson who was convicted of manslaughter. The King claimed his grandson should be judged by tribal law rather than by the French penal system. There were riots in the streets involving the King’s supporters, who were victorious over attempts to replace the King. Two years later, Tomasi Kulimoetoke died on May 7, 2007. The state was in a six-month period of mourning. During this period, mentioning a successor was forbidden. On July 25, 2008, Kapiliele Faupala was installed as King despite protests from some of the royal clans.

The first stamps used in the islands were overprinted stamps of New Caledonia. From May 1920, stamps inscribed Wallis and Futuna were used. Scott #43 was issued in 1930, a 1-centime brown violet and indigo stamp of New Caledonia, perforated 13½, overprinted. 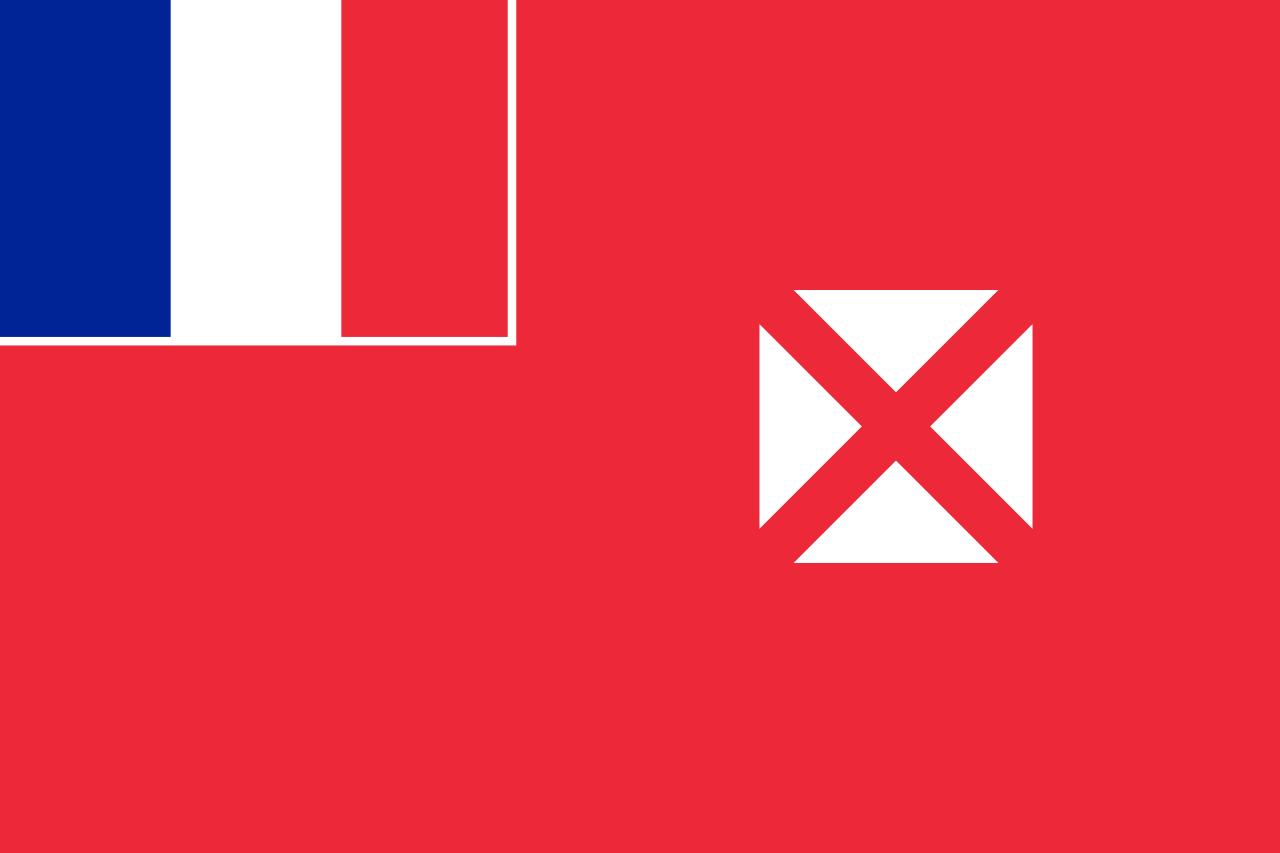 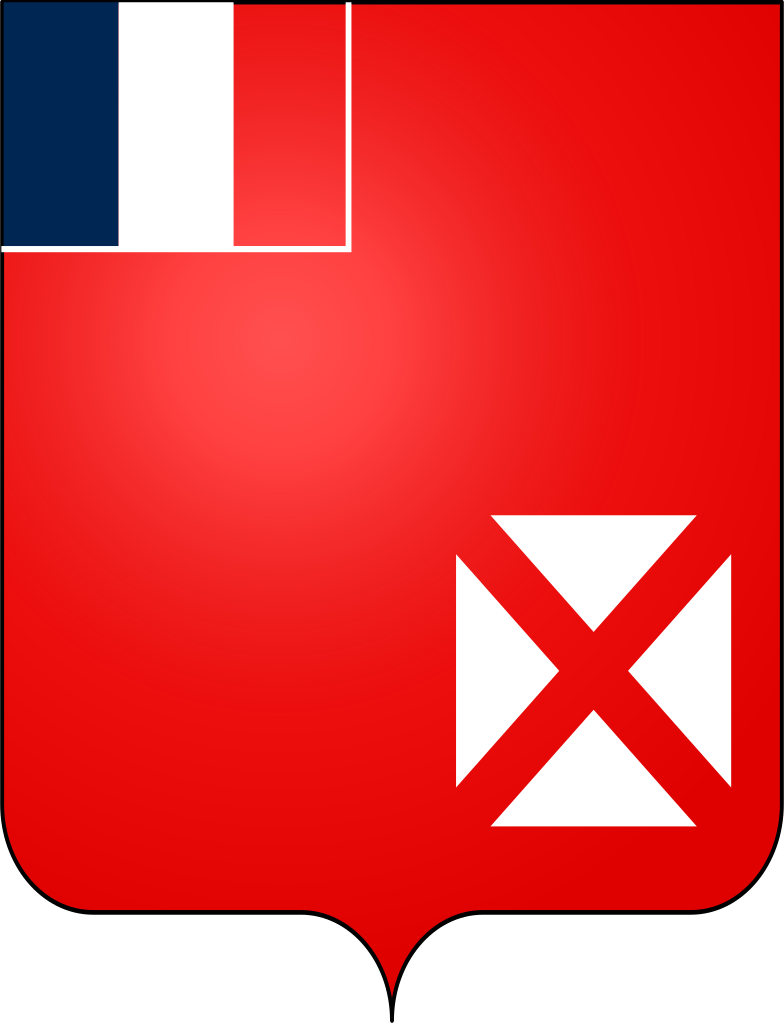