The State of Slovenes, Croats and Serbs (Država Slovenaca, Hrvata i Srba — Држава Словенаца, Хрвата и Срба in Serbo-Croatian and Država Slovencev, Hrvatov in Srbov in Slovene) was a short-lived entity formed at the end of World War I by Slovenes, Croats and Serbs residing in what were the southernmost parts of the Austro-Hungarian Empire. Although internationally unrecognized, this was the first incarnation of a Yugoslav state and had been founded on the Pan-Slavic ideology behind the initiative. A month after it was proclaimed, the State joined the Kingdom of Serbia to form the Kingdom of Serbs, Croats and Slovenes (Serbo-Croatian: Kraljevina Srba, Hrvata i Slovenaca in Serbo-Croatian and Kraljevina Srbov, Hrvatov in Slovencev in Slovene). 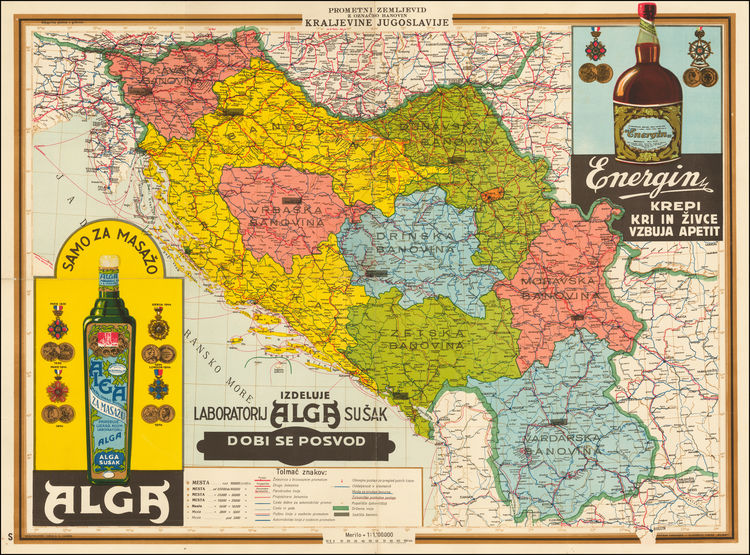 It was formed in 1918 by the merger of the provisional State of Slovenes, Croats and Serbs (itself formed from territories of the former Austro-Hungarian Empire) with the formerly independent Kingdom of Serbia. The Kingdom of Montenegro had united with Serbia five days previously, while the regions of Kosovo, Vojvodina and Vardar Macedonia were parts of Serbia prior to the unification.

For its first eleven years of existence, the Kingdom was officially called the Kingdom of Serbs, Croats and Slovenes but the term “Yugoslavia” was its colloquial name from its origins. The official name of the state was changed to Kingdom of Yugoslavia (Kraljevina Jugoslavija, in Serbo-Croatian and Краљевина Југославија in Serbian Cyrillic, “Kingdom of South Slavia”) by King Alexander I on October 3, 1929.

The state was ruled by the Serbian dynasty of Karađorđević, which previously ruled the Kingdom of Serbia under Peter I from 1903 (after the May Overthrow) onwards. Peter I became the first king of Yugoslavia until his death in 1921. He was succeeded by his son Alexander I, who had been regent for his father. He was known as “Alexander the Unifier” and he renamed the kingdom “Yugoslavia” in 1929. He was assassinated in Marseille by Vlado Chernozemski, a member of the Internal Macedonian Revolutionary Organization (IMRO), during his visit to France in 1934. The crown passed to his then-still under-aged son Peter. His cousin Paul ruled as Prince regent until 1941, when Peter II would come of age. The royal family flew to London the same year, prior to the country being invaded by the Axis powers.

In April 1941, the country was occupied and partitioned by the Axis powers. A royal government-in-exile, recognized by the United Kingdom and, later, by all the Allies, was established in London. In 1944, after pressure from the British Prime Minister Winston Churchill, the King recognized the government of Democratic Federal Yugoslavia as the legitimate government. This was established on November 2 following the signing of the Treaty of Vis by Ivan Šubašić (on behalf of the Kingdom) and Josip Broz Tito (on behalf of the Yugoslav Partisans).

In early 1945, after the Germans had been driven out, the Kingdom of Yugoslavia was formally restored on paper. But real political power was held by Tito’s Communist Partisans. On November 29, 1945, King Peter II was deposed by Yugoslavia’s Communist Constituent Assembly while he was still in exile. On December 2, the Communist authorities claimed the entire territory as part of the Democratic Federal Yugoslavia. The new Yugoslavia covered roughly the same territory as the Kingdom had, but it was no longer a monarchy.

The story of the postage stamps and postal history of Yugoslavia officially begins with the formation of the Kingdom of Serbs, Croats and Slovenes on December 1, 1918. Prior to this each of the constituent territories had their own postal systems and history.

Bosnia and Herzegovina and Croatia-Slavonia actually issued stamps for the new regime in November, before it was formally created. In the former case the Austrian-issued pictorial stamps of 1910 were overprinted, some in Latin characters reading DRZAVA S.H.S. / 1918 1918 / Bosna j Hercegovina and others in their Cyrillic equivalent. In Croatia-Slavonia, stamps of Hungary overprinted with HRVATSKA / SHS went on sale November 18. In Slovenia, design work began at this time, with the first stamps of the Verigar issue going on sale January 3, 1919.

The first stamps intended for use throughout the kingdom were issued on January 16, 1921. The lower values depicted Crown Prince Alexander, and the higher values (1 dinar and up), King Peter. In January 1923, the higher values were replaced by the image of now-King Alexander. Variations on the design appeared in issues of 1924 (different portrait) and 1926 (facing right instead of left, typographed instead of engraved).

In 1931, a new series was the first to be inscribed JUGOSLAVIA. The old series of 1926 was also overprinted with the new name, in 1933. Just a week after Alexander’s assassination in 1934, the 1931 issues were re-issued with black borders, and in 1935, the first anniversary of his death was marked by an issue of five stamps. In the meantime, new definitives depicted the young King Peter II.

In 1936, Serbian-American inventor Nikola Tesla, honored on his 80th birthday, became the first non-royal on a Yugoslavian stamp.

A new definitive series of 1939 showed an older Peter II; it would be the last series issued by the kingdom.

During the occupations of World War II, a variety of issues were in use. Slovenia was under Italian and then German occupation; the Italians overprinted Yugoslavian stamps, while the Germans overprinted Italian stamps and then in 1945 issued a series of 16 stamps depicting local scenery and inscribed PROVINZ LAIBACH and LJUBLJANSKA POKRAJINA. Serbia was under German occupation, which overprinted Yugoslav stamps with SERBIEN, and later its own stamps while Croatia became a puppet state issuing its own stamps.

The federal republic began its own stamp issues in December 1944 with overprints of Serbian stamps, followed in early 1945 by a series depicting Josip Broz Tito. In October, stamps with a different depiction of Tito were joined with view of partisans and the city of Jajce in a definitive series that would continue in use for the rest of the 1940s. 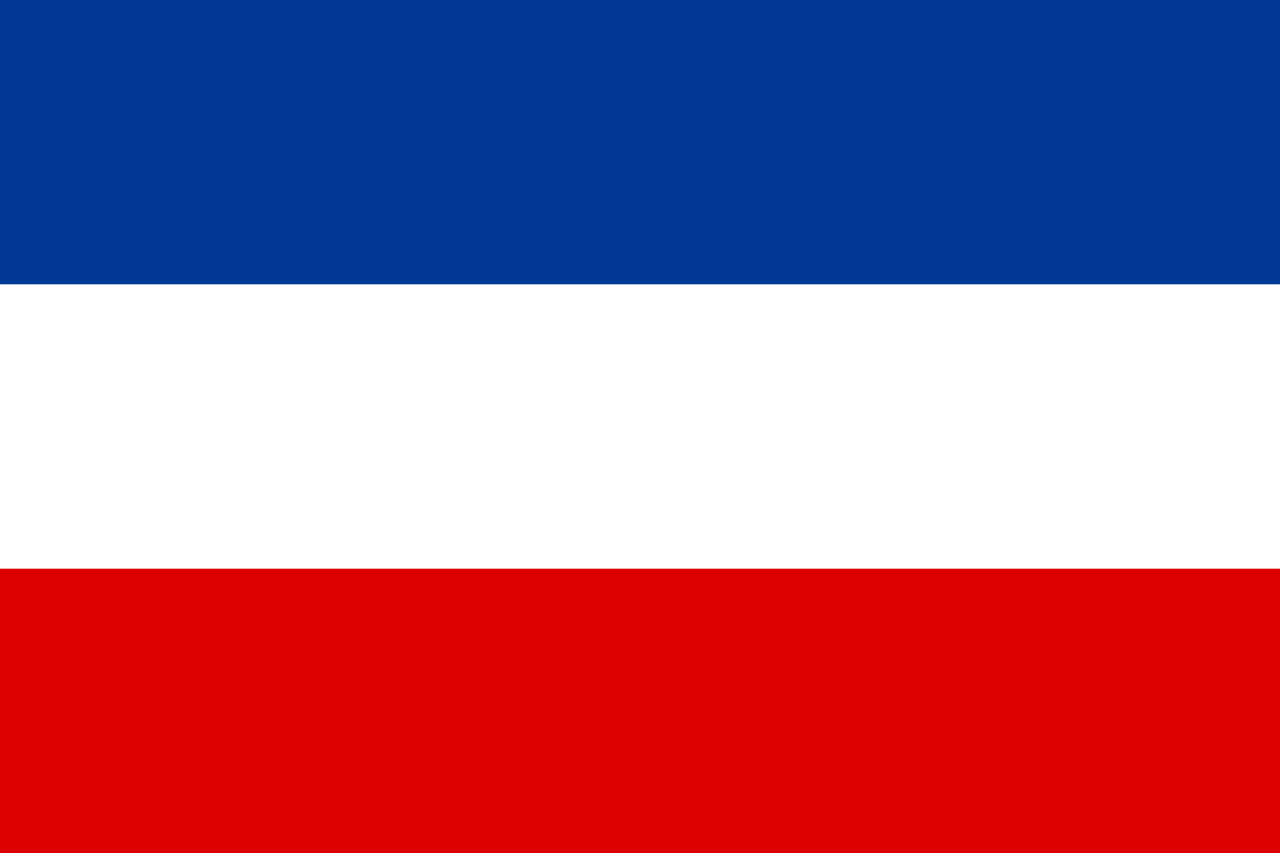 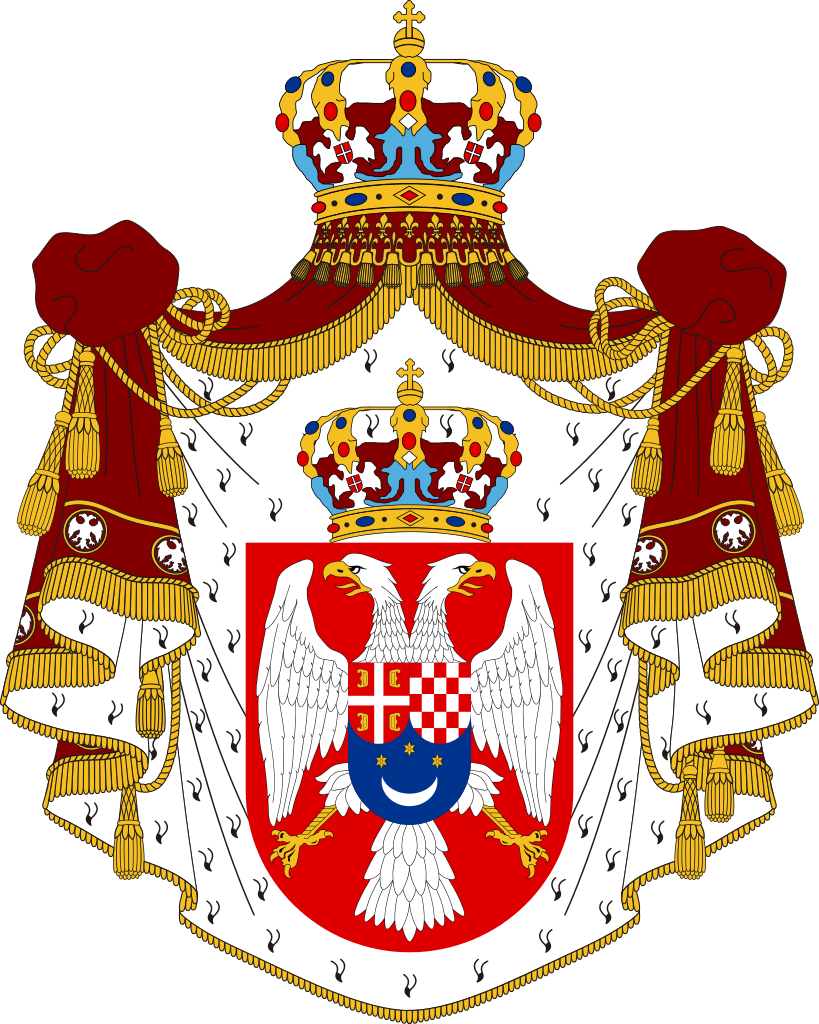