Thailand might try to emulate Christmas by decorating its Western-styled shopping malls with festive lights, plastic trees, and stuffed Santa Clauses but it fails in the area of holiday treats. There were stacks of candy canes in the main grocery store back in October but none have been seen for at least a month. This week, I went on a self-imposed quest to find something resembling a Christmas cookie, preferably something freshly-baked rather than a mass-produced box of vastly-overpriced imported crumbs. The closest thing I found to either on the island of Phuket was a bakery selling stale donuts covered in green and red iced glazing with a cardboard reindeer stuck on top. Not what I was looking for! 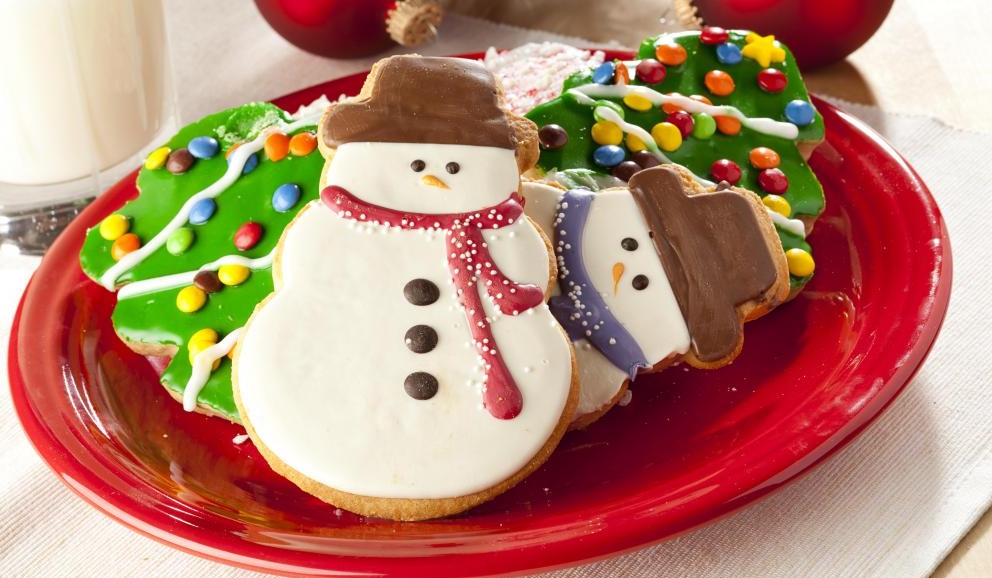 I found myself longing for the cookies my mother created in my youth: Spritzgebäck-type butter cookies made from colored dough squeezed through a pastry bag fitted with different shaped tips so that the results were tasty Christmas trees, stars, and Santas. My sister and I would liberally apply colored or chocolate sprinkles and silvery sugar pellets prior to baking which would fill the house with a wonderful aroma that evoked the holiday spirit to me much more than repeated airings of It’s A Wonderful Life or A Miracle on 34th Street ever did. I always preferred the cookies that were baked a bit too long as that slightly burnt taste seemed to compliment the buttery melt-in-your-mouth goodness of the cookie. 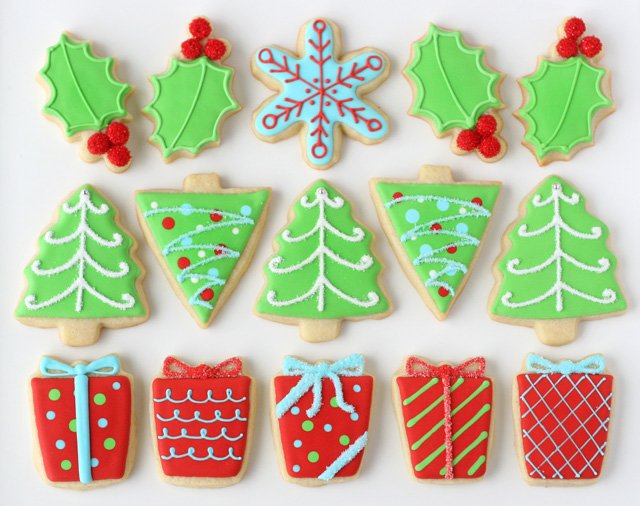 Other childhood favorites included the large sugar cookies covered in thick icing with Christmas themes as well as gingerbread cookies with the designs drawn out in white icing. While none of the shops I visited this past week sell any of these kinds of cookies, the shopping mall where my school is located has huge pre-made and decorated gingerbread houses available. As a teacher, however, I am not financially prepared to spend nearly five percent of my monthly salary on one of these monstrosities in order to break it apart in the New Year so that I can feast on the (presumed) gingerbread goodness. That is assuming, of course, that the gingerbread house would survive more than an hour before being covered in the tiny red ants that are ubiquitous to this part of Thailand.

Although I can’t eat them (well, I could but the taste would not be very good and that’s not proper collecting etiquette), I can admire gingerbread cookies as depicted on a set of three stamps issued by Hungary on November 5, 2013. These are too recent to appear in the edition of the Scott catalogue that I own so the reference (WNS #HU073.13) is from the numbering system developed by the Universal Postal Union and the World Association for the Development of Philately introduced in 2002.

The self-adhesive stamps feature a Christmas tree cookie on the 85-florint denomination (covering the postal rate for domestic picture postcards), a gingerbread shooting star on the 110-florint stamp (domestic priority picture postcards or non-priority standard letters), and an angel on the 140-florint value (for domestic priority standard letters). Designed by Barnabás Baticz, the stamps were printed by CODEX Értékpapír Nyomda Zrt. and issued imperforate in sheets of 50 as well as miniature sheets of five. Each year, Magyar Post offers a service through their post offices where people may mail their cards and covers receiving a special Christmas postmark from the village of Nagykarácsony, whose name means Christmas in Hungarian. Different Christmas postmarks are available during the weeks of Advent between December 1 and 26.

Modern Christmas cookies can trace their history to recipes from Medieval European biscuits, when many modern ingredients such as cinnamon, ginger, black pepper, almonds and dried fruit were introduced into the west. By the 16th century, Christmas biscuits had become popular across Europe, with Lebkuchen being favored in Germany and pepparkakor in Sweden, while in Norway krumkake were popular. 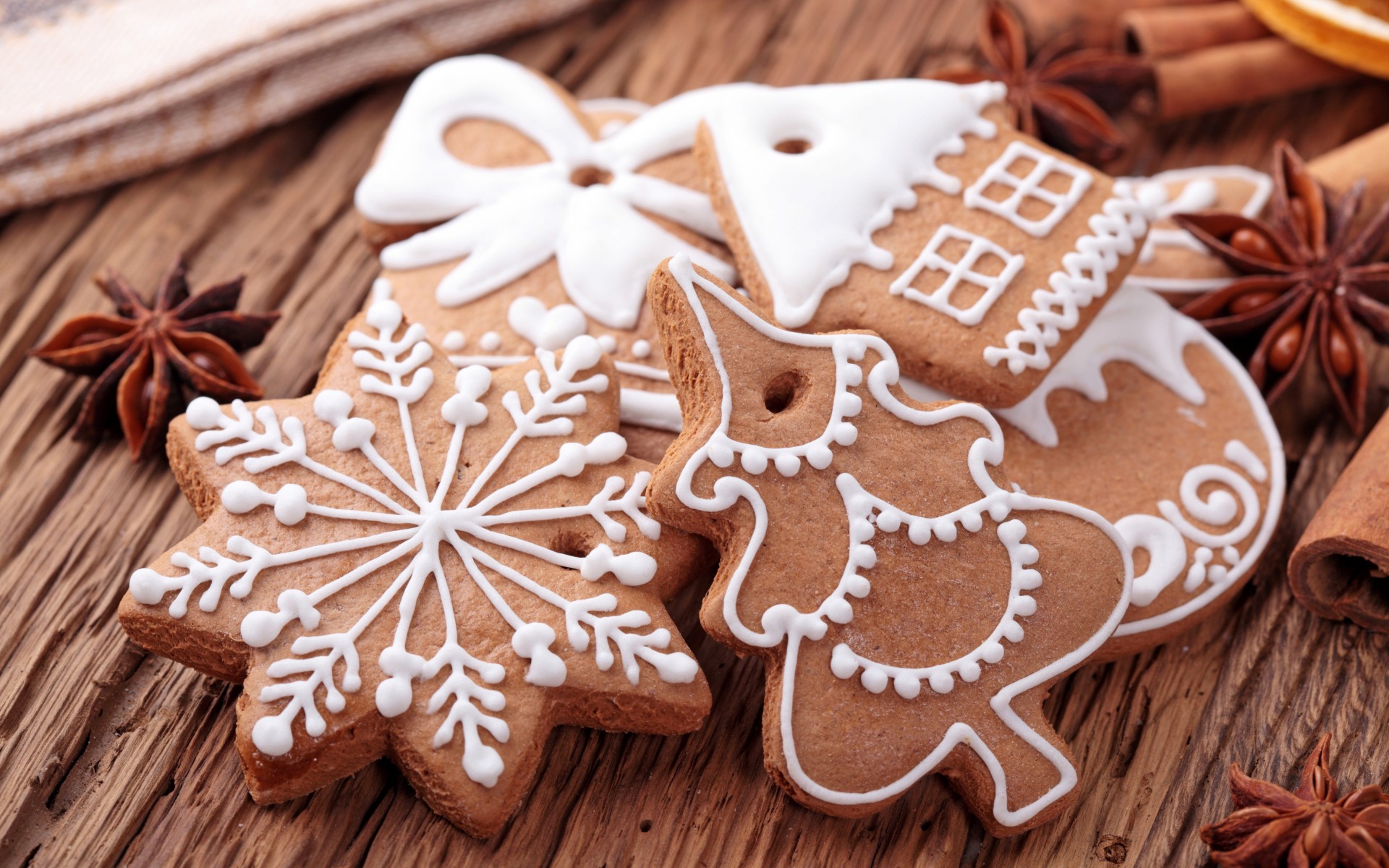 The earliest examples of Christmas cookies in the United States were brought by the Dutch in the early 17th century. Due to a wide range of cheap imported products from Germany between 1871 and 1906 following a change to importation laws, cookie cutters became available in American markets. These imported cookie cutters often depicted highly stylized images with subjects designed to hang on Christmas trees. Due to the availability of these utensils, recipes began to appear in cookbooks designed to use them. In the early 20th century, U.S. merchants were also importing decorated Lebkuchen cookies from Germany to be used as presents.

Since the 1930s, children in Canada and the United States have left cookies and milk on a table for Santa Claus on Christmas Eve, though many people simply consume the cookies themselves. The cookies are often cut into such shapes as those of candy canes, reindeer, holly leaves, Santa Claus, Christmas tree, and occasionally stars or angels.

Originally, the term gingerbread (from Latin zingiber via Old French gingebras) referred to preserved ginger. It then referred to a confection made with honey and spices. Gingerbread is often used to translate the French term pain d’épices (literally “spice bread”) or the German term Lebkuchen (“flat bread cake”). Gingerbread has existed in some form since sugars and spices were brought back to Europe by soldiers in the Crusades. It has been claimed that gingerbread was first brought to Europe in 992 CE by the Armenian monk Gregory of Nicopolis (also called Gregory Makar and Grégoire de Nicopolis). It wasn’t until Queen Victoria and Prince Albert included it with a variety of other German Christmas traditions that gingerbread cookies became primarily associated with Christmas.