On February 1, 1329, King John of Bohemia captured Medvėgalis — an important fortress of the pagan Grand Duchy of Lithuania — and baptized 6,000 of its defenders in the Catholic rite. Medvėgalis was one of the strongest and most important Lithuanian fortresses in Samogitia, located in present-day Šilalė District Municipality, Lithuania. It was first mentioned in 1316 in written texts and was attacked by the Teutonic Knights over 20 times over the course of its history. John the Blind (Johann der Blinde von Luxemburg in German and Jan Lucemburský in Czech) was the Count of Luxembourg from 1309 and King of Bohemia from 1310 and titular King of Poland. The eldest son of the Holy Roman Emperor Henry VII and his wife Margaret of Brabant, King John is well known for having died while fighting in the Battle of Crecy in August 1346 at age 50, after having been blind for a decade.

After the victorious Battle of Medininkai in 1320, Lithuania concluded a truce with the Knights. The Teutons resumed military incursions into Lithuania in 1328. On January 1, 1329, King John of Bohemia arrived at Toruń wishing to engage in the holy crusade against pagan Grand Duchy of Lithuania. Back in 1325, he promised Pope John XXII he would launch another crusade and received permission to collect papal income tax for three years to finance the crusade. He brought many noblemen, including Walter VI, Count of Brienne, and Bolesław III the Generous with his brothers, and soldiers from Silesia, Germany, England. The king also brought poet Guillaume de Machaut so that his exploits could be memorialized in poems and songs (the campaign was described in Confort d’ami written in 1357). According to Peter von Dusburg, the Teutonic army which marched towards Medvėgalis Castle numbered 350 knights and 18,000 foot soldiers. Teutonic ambitions were high as parallels were drawn with King Ottokar II of Bohemia and his 1255 campaign which resulted in the conquest of the Sambians. 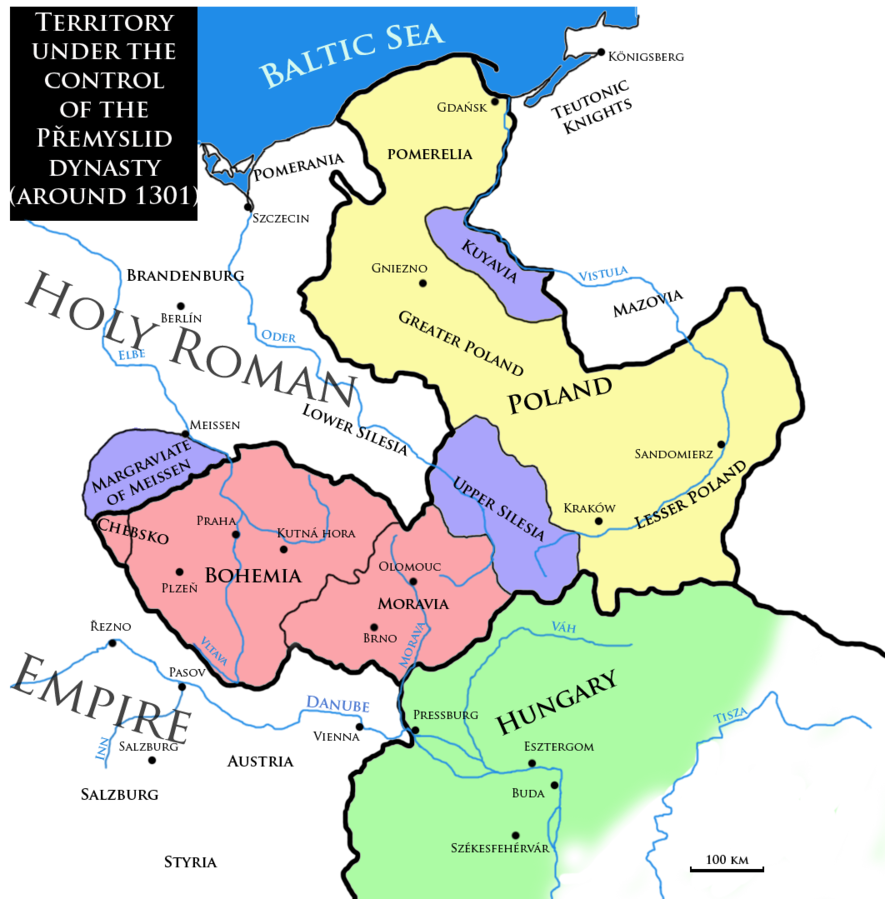 According to Jean d’Outremeuse, the vanguard of the Teutonic army first raided and appropriated livestock of Gelindėnai Hillfort in the present-day Plungė District Municipality perhaps in an attempt to provoke a pitched battle. Lithuanians, led by Margiris, pursued the robbers and engaged in a battle. However, soon the Teutonic vanguard was joined by the main forces and Lithuanians faced a slaughter. Recognizing King John, who had a reputation for participating in tournaments, Margiris challenged him to a face-to-face duel. King John agreed and they met next morning. However, Margiris’ men attempted to interfere which was strictly against the chivalry rules. Margiris surrendered to John and promised to pay a ransom, which was paid with coins stolen during the 1326 raid into Brandenburg.

On 1 February, the Teutonic army surrounded Medvėgalis. After the wooden fortress caught fire, Medvėgalis was captured and defenders were taken captive. Chronicler Wigand of Marburg mentioned that the Grand Master Werner von Orseln wanted to kill them all or at least resettle them in Prussia, but King John insisted that the captives be baptized and allowed to remain in Medvėgalis. About 6,000 Lithuanian men, women, and children were baptized in the Roman Catholic rite. According to Machaut, the Teutons also captured four other fortresses – Šiauduva (location is debated), Gediminas Castle (located in Kvėdarna), Gegužė, and Aukaimis (Xedeytain, Gedemine, Geguse, Aukaham

At the same time, King Władysław I of Poland, who was allied with Grand Duke of Lithuania Gediminas, took advantage of the fact that the main Teutonic force was in Lithuania and attacked Chełmno Land (Kulmerland). Plans for a further military campaign in Samogitia were scrapped and the Teutonic army returned home to deal with the war with Poland. The entire campaign in Lithuania lasted a little more than a week. Once the main army left, the Lithuanians rebelled, retook their fortress, and returned to their pagan beliefs. King John returned to Prussia to crusade against Lithuania twice, in 1337 and 1345.

The siege was fictionalized by Lithuanian writer Antanas Vienuolis in 1956.

While I have a fair number of stamps from Bohemia and Moravia (and a few from Lithuania), I don’t have any that show Medvėgalis, thus the selection of Scott #40 which portrays Jindřichův Hradec (Neuhaus in German) — a town in the South Bohemian Region of the present-day Czech Republic — which has nothing to do with the 14th century siege. Sometimes, a random stamp is better than nothing. The stamp was released in 1940, one of a set of nine definitives released during the German occupation of Bohemia and Moravia (Scott #40-48). These were engraved and perforated to a gauge of 12½.  The castle of Jindřichův Hradectle appears on the 50-heller denomination, printed in dark blue green.

The first written mention of the town is in 1220. Before that, it was probably a Slavic settlement. At the end of the 12th century more people arrived. At the beginning of the 13th century a Gothic castle was built (it was gradually rebuilt into a Renaissance château in the 16th century). Gymnasium Vitězslava Nováka was founded in 1595, making it one of the oldest non-university schools in Central Europe. In the census following the Thirty Years’ War, Jindřichův Hradec was the second largest city in the Kingdom of Bohemia. Between 1831 and 1935 it was the first city in the area to get electricity for lighting, in 1888 the water mill was converted to electricity.

The city castle and palace is the third largest in the country after those in Prague and Český Krumlov. It covers 7.4 acres (3 hectares) and contains 320 rooms. More than 10,000 works of art and a similar number of books may be found there.

The district museum, which is in a Renaissance building that was once the Jesuit seminary appeared in the city in 1882 and is one of the oldest regional museums in Bohemia. The most well-known item in the museum is the Kryza, the largest mechanical Christmas manger scene in the world according to the Guinness Book of World Records.

Jindřichův Hradec’s neighborhood includes sites such as Červená Lhota Castle, the historical town of Třeboň and Stráž nad Nežárkou. The UNESCO World Heritage town of Telč lies 25 miles (40 km) to the east. Asteroid 21873 Jindřichůvhradec is named in honor of the town.

One thought on “The Siege of Medvėgalis”