The thing I find most rewarding about collecting postage stamps is the never-ending education they provide. From geography to history to culture to biography, I am constantly learning new things in my quest to learn the stories behind the stamps. As a teacher of English as a Second Language, I often wish I had more opportunities to incorporate stamps into my lessons (very few illustrate parts of speech or pronunciation). When I can, I do.

My daily process that will result in an article for A Stamp A Day begins with a review of Wikipedia’s Days category, searching for an event, holiday, or birth/death anniversary that piques my interest and for which I have a stamp tie-in. Sometimes, I will find an interesting topic and order an appropriate stamp with plans to include it the following year. It might help if I would prepare a little more in advance as it can take a month or more for such purchased items to arrive here in Thailand. If I don’t match the date with a stamp, I then start going through scans of my collection trying to find something I want to write about. I have fairly wide-ranging interests and a healthy amount of curiosity. It’s a fairly random process as I never know what will catch my eye on any given day.

Hence, today’s stamp. I love classic engraved designs and give extra bonus points for early bicolored designs. On “random stamp days”, I try to avoid issues from the United States or Thailand as they constitute the majority of this blog. It had been a while since I featured anything from South or Central America so I began looking through those stamps first. It wasn’t long before I noticed Scott #117 from Guatemala, part of a set of ten stamps released in 1902 featuring Guatemalan buildings and monuments. In fact, most of the views pictured on this set of stamps could be seen on a walk along the Hipódromo del Norte, a race track in the capital of Guatemala City — an elegant avenue, flanked by leafy trees and beautiful houses. Many of the monuments or buildings remain, but today’s subject does not. It’s destruction is almost as incongruous as its appearance: a Greek temple in what was then a fairly rural Latin American town which stood for a little over fifty years before being demolished so that a baseball stadium could be expanded. 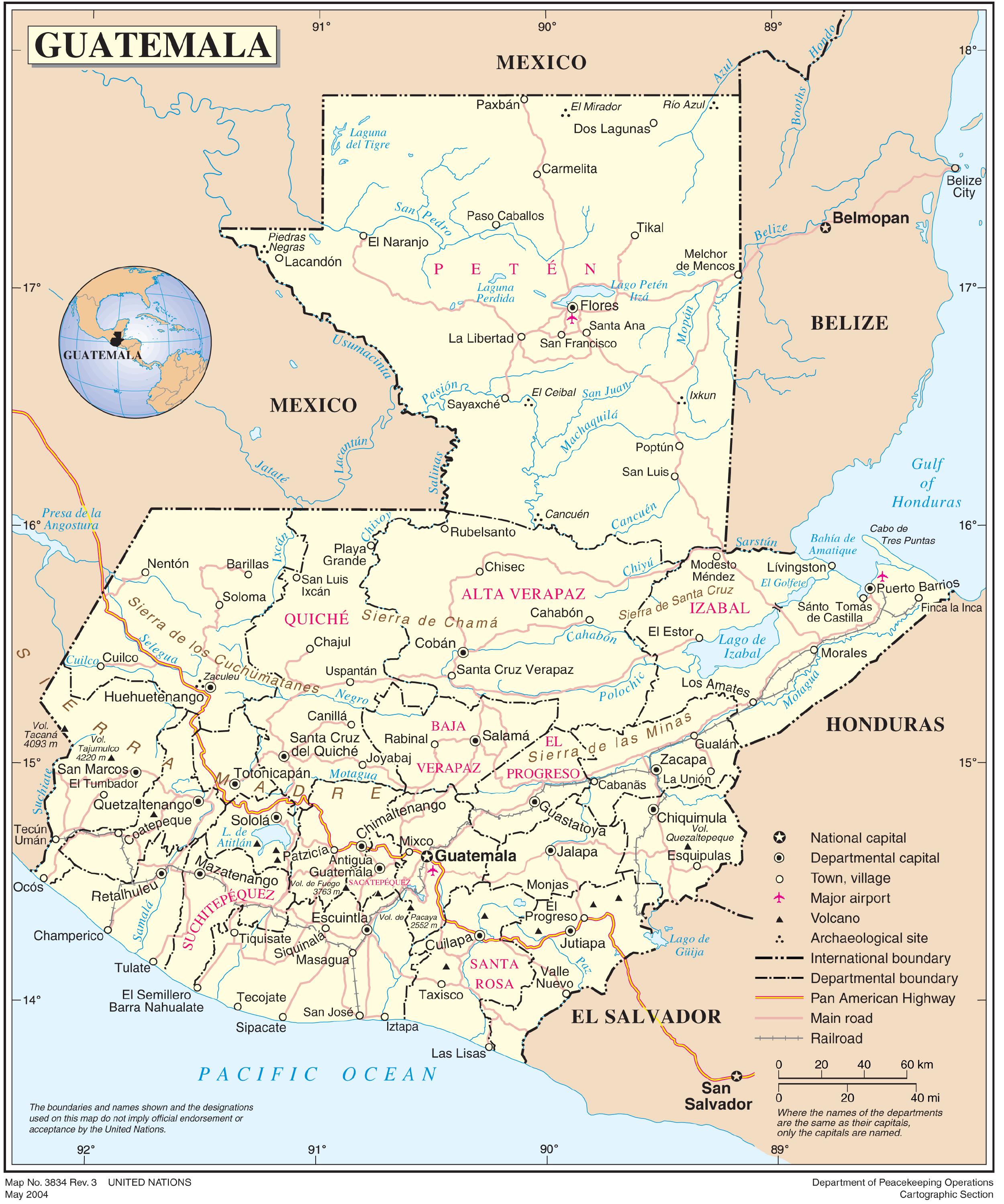 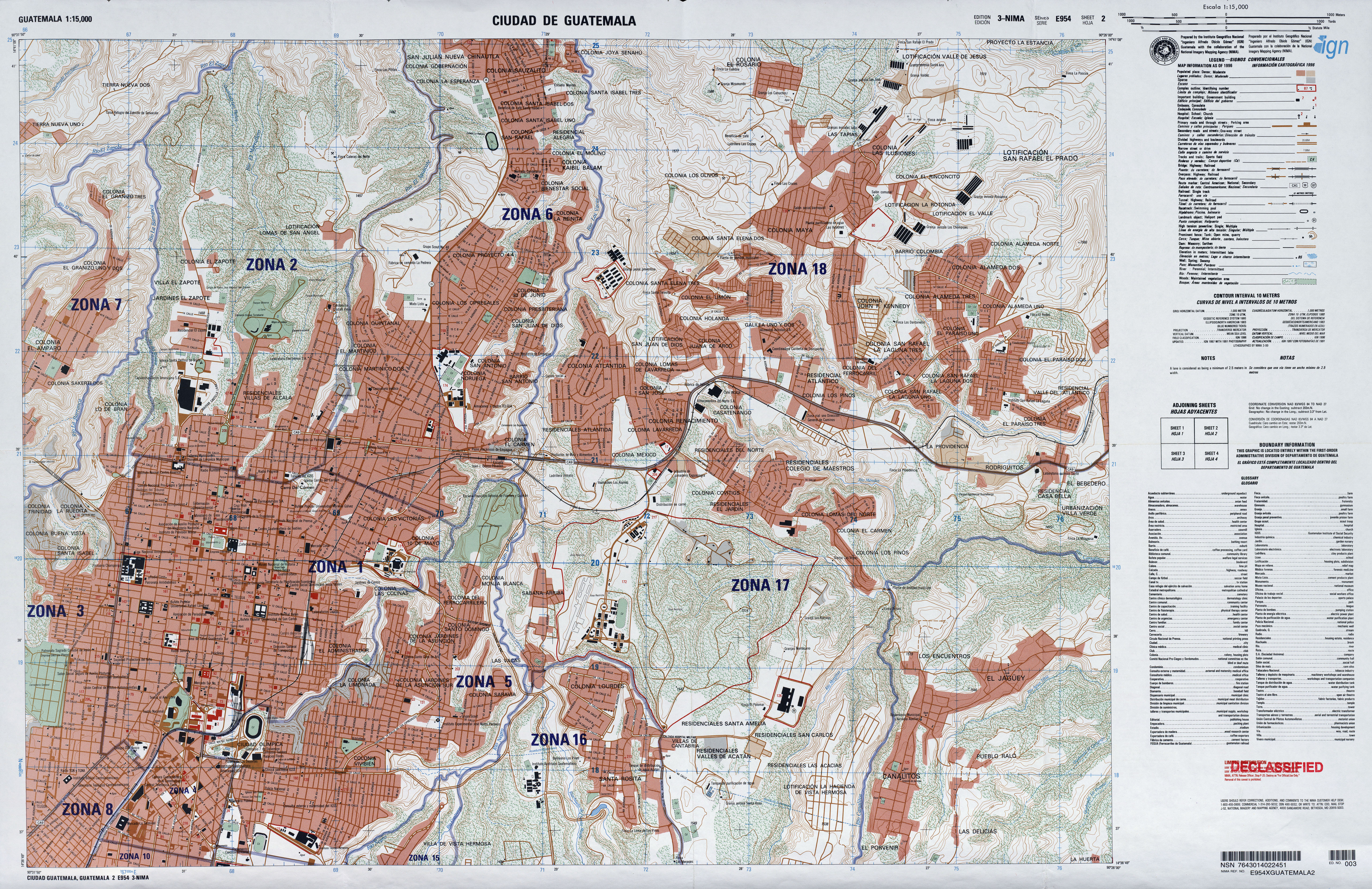 The Wikipedia article for the Temple of Minerva (Guatemala) is brief, very brief:

“The Temple of Minerva was a Greek style temple erected in Guatemala City by the government of president Manuel Estrada Cabrera in 1901 to celebrate the Fiestas Minervalias. Soon, the main cities in the rest of Guatemala built similar structures as well.”

It goes on to list those that are still standing, including the one best known today, the Templo de Minerva at Quetzaltenango which happens to be the hometown of Manuel José Estrada Cabrera, President of Guatemala from 1898 to 1920. He was a lawyer with no military background. To get elected president, he drafted all the male citizens into the army on election day, decorated them with campaign buttons and marched them into the polls to vote for him. He was a strong ruler, who modernized the country’s industry and transport, but only by granting concessions to the American-owned United Fruit Company, whose influence on the government was felt by many to be excessive. To encourage education he built temples to Minerva, Goddess of Learning, and called out the citizenry to hold fiestas around the shrines.

Estrada Cabrera used increasingly brutal methods to assert his authority, including armed strike-breaking, and the general elections were effectively controlled by him. He retained power for 22 years through controlled elections in 1904, 1910, and 1916, and was eventually removed from office by an angry electorate which had come into possession of a few cannons. The national assembly declared him mentally incompetent, and he was jailed for corruption.

Estrada’s most curious legacy was his attempt to foster a Cult of Minerva in Guatemala. Early in his reign he indicated interest in education and in 1899 he initiated feasts of Minerva (Fiestas Minervalias), celebrating accomplishments of students and teachers based on an idea of his Secretary of Infrastructure, Rafael Spinola. Estrada Cabrera ordered the construction of a Hellenic style “Temples of Minerva” in Guatemala City, and a few years later all major cities of the country had their own, sponsored by the local taxpayers.

Minerva was the Roman goddess of wisdom and strategic warfare, though it is noted that the Romans did not stress her relation to battle and warfare as the Greeks would come to, and the sponsor of arts, trade, and strategy. From the second century BC onward, the Romans equated her with the Greek goddess Athena.

Following the Greek myths around Athena, she was born of Metis, who had been swallowed by Jupiter, and burst from her father’s head, fully armed and clad in armor. After impregnating the titaness Metis notably forcefully which resulted in her attempting to change shape or shapeshift to escape him, Jupiter recalled the prophecy that his own child would overthrow him as he had Cronus and in turn, Cronus had Uranus.

Fearing that their child would be male, and would grow stronger than he was and rule the Heavens in his place, Jupiter swallowed Metis whole after tricking her into turning herself into a fly. The titaness gave birth to Minerva and forged weapons and armor for her child while within Jupiter’s body nevertheless. It is said in some versions that Metis continued to live inside of Jupiter’s mind and that she is the source of his wisdom though others say she was simply a vessel for the birth of Minerva. Nevertheless, the constant pounding and ringing left Jupiter with agonizing pain and to relieve the pain, Vulcan used a hammer to split Jupiter’s head and, from the cleft, Minerva emerged, whole, adult, and in full battle armor.

Minerva was the virgin goddess of music, poetry, medicine, wisdom, commerce, weaving, and the crafts. She is often depicted with her sacred creature, an owl usually named as the “owl of Minerva”, which symbolized her association with wisdom and knowledge as well as, less frequently, the snake and the olive tree.

Associated with wisdom, commerce and progress, Minerva symbolized Estrada Cabrera’s plans to modernize Guatemala and promote it as the cultural heavyweight of Central America. Plans were laid for a giant festival called Las Minervalias, to take place at the end of the school year in November. By governmental decree, the celebrations officially began in 1899, and Estrada Cabrera was declared “Hero of the Fatherland and Protector of Studious Youth”. In late October, the days were filled with school parades, expositions, and competitions in various fields.

During the inaugural Minervalias in 1899, at the height of ceremonies, a gust of wind brought down the roof of Guatemala’s first Templo de Minerva, startling but not harming a host of vestal virgins. Some saw the hand of God at work, smiting this outbreak of paganism. The President was not easily discouraged. A new temple was constructed of sturdier stuff. It was the first of more than 20 to be built across the country.

The pomp and production of the Minervalias grew with each passing year. There were speeches, prizes, and parades. Poems were recited. Dictionaries were distributed. The president was proclaimed defender of La Juventud Estudiosa, the “studious youth.”  The climax came each year on November 21, the birthday of Estrada Cabrera. Each year, a special publication, called the Àlbum de Minerva, listed the musical compositions and poems that had won prizes the previous year and contained essays that exalted the work of Estrada Cabrera in promoting education.

When the Santa Maria volcano had the impertinence to erupt, killing thousands during the Minervalias of 1902, Estrada Carera issued a proclamation: A crowd gathered under clouds of ash in Quetzaltenango’s Central Park were informed that the eruption hadn’t actually happened. In 1903, a “Hymn to Minerva,” which praised both the goddess and dictator, joined the celebrations. At times, prominent literary figures, for instance, Nobel Laureate Ruben Dario, participated in public poetry readings.

In 1920, the National Assembly declared Estrada Cabrera mentally unfit for office. He was sent to prison, where he died on September 24, 1924. He was buried in the cemetery of Quetzaltenango in a mausoleum made to look like his famous temples. Las Minervalias was never celebrated again.

Hipódromo del Norte began at Morazán Park and it finished with the temple to Minerva. The equestrian statue of Justo Rufino Barrios (Scott #115) is nearby with the horse’s front paws in the air while Morazán Park lost its monument to Christopher Columbus (Scott #122) when it was taken to the Avenida de Las Americas. A little over one mile to the southwest is Catedral Primada Metropolitana de Santiago (Scott #119), Palacio de la Reforma (Scott #116), a French style palace that was located at the southern end of Avenida Reforma and  Carrera Theater (Colón Theater, Scott #120) in the Old Central Square were destroyed during a sequence of earthquakes that lasted from November 17, 1917, through January 24, 1918. They gradually increased in intensity until they almost completely destroyed Guatemala City and severely damaged the ruins in Antigua Guatemala that had survived earthquakes in 1773.

As for the Palacio de Minerva, a baseball park grew up nearby. As the game grew more popular, more room was needed for grandstands. so the temple was blown up using dynamite. In its place today is Diamante Enrique Torrebiarte, the baseball stadium. An issue of Life magazine from 1953 includes a number of photographs shot by Cornell Capa. Nearby is the recently restored Relief Map of Guatemala, a concrete map of the entire country with most major cities, volcanos, rivers (some with running water), ports, oil fields and more. It is maintained my Guatemala City Municipal Goverment and in decent shape. It was inaugurated on October 29, 1905, created by Lieutenant Colonel and Engineer Francisco Vela, with collaboration of Engineer Claudio Urrutia.

Scott #117 is a 6-centimes bister and green engraved stamp, perforated 16.