The first triangular stamps in the world were released by the Colony of the Cape of Good Hope, otherwise known as  Cape Colony (Kaapkolonie in Dutch). The British colony was preceded by an earlier Dutch colony of the same name, the Kaap de Goede Hoop, established in 1652 by the Dutch East India Company. The Cape was under Dutch rule from 1652 to 1795 and again from 1803 to 1806. The Dutch lost the colony to Great Britain following the 1795 Battle of Muizenberg, but had it returned following the 1802 Peace of Amiens. It was re-occupied by the United Kingdom following the Battle of Blaauwberg in 1806, and British possession affirmed with the Anglo-Dutch Treaty of 1814.

The Cape of Good Hope then remained in the British Empire, becoming self-governing in 1872, and uniting with three other colonies to form the Union of South Africa in 1910. It then was renamed the Cape of Good Hope Province. The colony was previously featured on ASAD in October 2016.

Stamps were issued by the colony on September 1, 1853, having been printed by Messrs. Perkins, Bacon & Co in London (Scott #1-2). Designed by Charles Davidson Bell — Surveyor General of the Cape Colony — the stamps depicted the reclining figure of Hope.  The original die for these stamps was cut by William Humphrys, an engraver employed by Perkins Bacon. The two stamps that were issued were a one penny in brick-red and a four pence in blue in sheets of a special handmade paper, measuring 282 mm by 536 mm, with 240 imperforate stamps per sheet. The original issue of these stamps were on deeply blued paper while later copies tend to have slightly blued white paper. The rate of postage within the colony was 4d for a half ounce letter and 1d for a newspaper.  Supposedly, the triangular stamps were produced so that post office sorters could quickly distinguish outgoing from incoming mail. Sir George Cathcart, Governor of the colony proudly commented on how the stamps looked completely different to the British stamps. Not only were they the first triangular stamps but they were also the first stamps to have been issued in Africa.

On February 18, 1858, two new values became available: a six pence and a one shilling (Scott #5-6). The six pence rate was for payment of half ounce letters to Great Britain and the one shilling rate was for postage to some foreign countries. On September 15, 1860, the rate for local letters in Cape Town was reduced to 1 penny. A similar reduction was made in Port Elizabeth on May 1, 1861. On April 1, 1863, the rate to Great Britain was increased to one shilling, if sent by mail packet, and reduced to four pence, if sent by private vessels.

Due to a shortage of one penny and four pence stamps, a local printer, Messrs. Saul Solomon & Co., was employed to provide a supply of one penny and four pence stamps, and these were issued in February 1861 (Scott #7 and 9). It was then discovered that a consignment of stamps from London had already arrived, on May 5, 1860, although the bills of lading had gone astray. A year later the cases with the stamps from London were claimed. Despite the popular nickname, the stamps were in fact engraved on steel. Each stamp was individually cut into a single piece of metal (known as a cliché) so there are many slight variations. 64 clichés were then glued to wooden blocks for printing. Two were accidentally placed into the wrong set, resulting in one color error per sheet of 64 — a blue penny stamp and a red four pence stamp — which have always been highly prized rarities.

Both values of the “Wood Blocks” were officially reprinted in March 1883 on wove paper with the 1 penny in deep red and the 4 pence in a deeper blue than that of the deepest shade of the issued stamp. Further reprinted were made privately in 1940-1941 with official permission on thick carton paper.

Early in 1863, Perkins Bacon Ltd. handed over all four plates that had been used to print the triangular Cape of Good Hope stamps to Thomas de la Rue & Co. Ltd. who made all subsequent printings. These were issued in 1863 and 1864 (Scott #12-15) and can be distinguished from the earlier stamps by the colors and also because the de la Rue stamps appear in a granular ink or with the background lightly printed either in whole or in part.

The triangular stamps were demonetized on October 1, 1900.

I believe my Cape Triangle to be Scott #4, issued in 1855, the 4 pence blue shade on white paper with anchor watermark. The 4 pence value is known bisected in 1858 and used with two other 4 pence values to pay the inland registered fee. The stamp is also known printed in black on white watermarked paper. Twelve authenticated copies have been recorded, the majority of which show some indication of having been used. At one time, it was believed that these stamps were issued in a small quantity to mark the death of Prince Albert but it is now believed they came from proof sheets, pressed into service during a shortage of stamps in 1861. The 4 pence stamp was later reproduced by the collotype process in an unwatermarked souvenir sheet distributed at the London International Stamp Exhibition 1950.

The triangular issues were replaced in 1864 by stamps portraying the allegorical figure of Hope seated with a ram and vines (Scott #16-19). 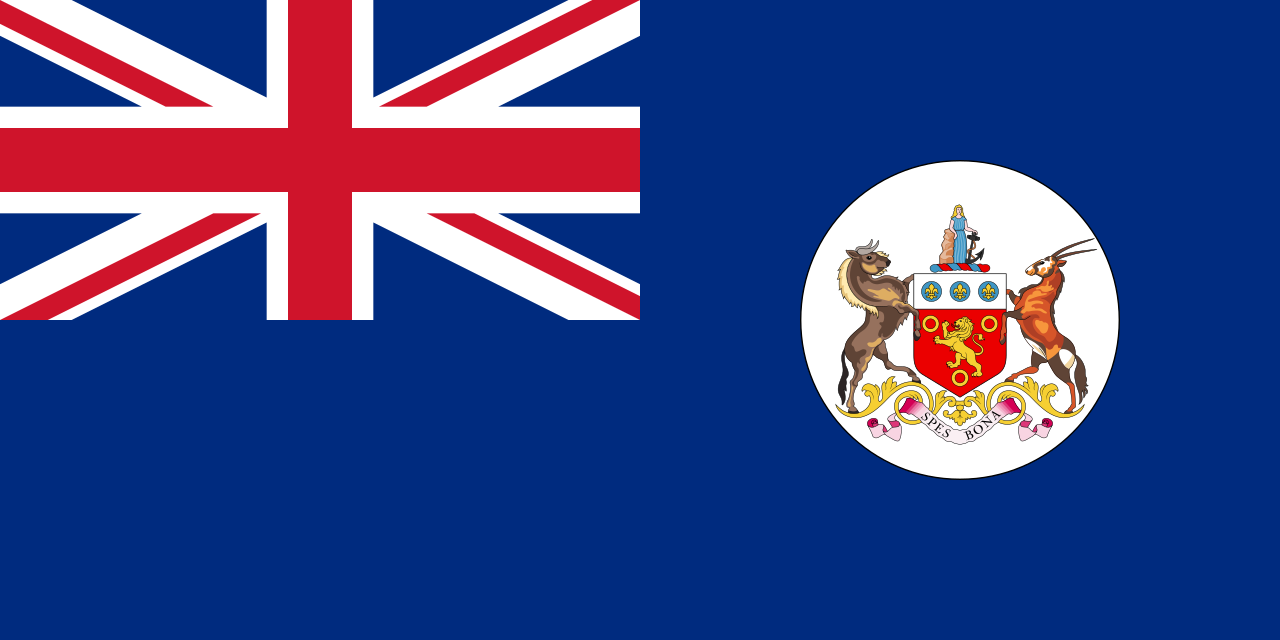