The theatre takes great pride in offering a wide range of theatrical genres including musicals such as Cinderella, Twelve Months, and The Adventures of Ludwig and Tutta; musical comedies and operas including Snow White and the Seven Dwarfs, The Magic Flute, Carmen, and The Nightingale; and ballets like Swan Lake, The Nutcracker, and The Princess and the Pea. Some productions are intended for pre-school children while others will be of more interest to teenagers. The theatre has its own orchestra and ballet company.

The theatre is located on Vernadsky Avenue (проспект Вернадского), not far from the Moscow State Circus (Большой Цирк). The interesting thing about this theatre is that it was originally designed as a venue for children. The building is square with three interconnected cylindars located on the roof. On top of the cylinder is the playful sculpture “The Blue Bird”, which mad the Russian sculptor Vyacheslav Klykov famous. It features a small concert hall with 350 seats, a 300-seat auditorium and a concert hall for 1250 people as well as a spacious foyer and several halls and cafeterias. The concert halls are very comfortable, and spectators can see and hear everything that is happening on the stage, no matter where they are seated. There are three stages in the big auditorium: the main one and two side ones.  The walls inside are decorated with bright fretwork, along with treble clef-shaped door handles and images of popular characters embellishing the theatre. 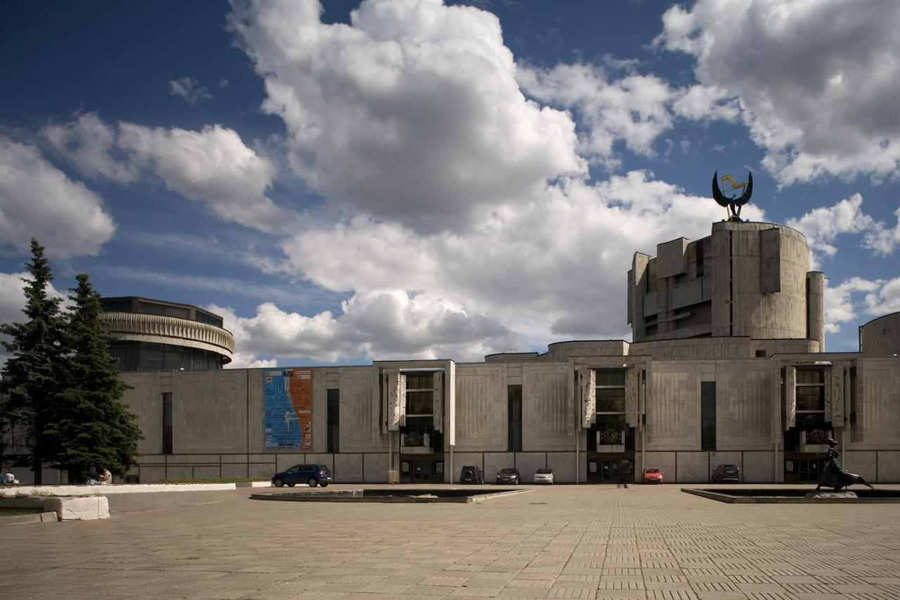 The theatre was named after Natalys Ilynichna Sats (Наталия Ильинична Сац), a Soviet theatre director and the world’s first female opera director. She had a hard life, having gone through painful experiences when she spent five years in the Gulag. She created Russia’s first theatre just for children, with divisions in six cities throughout the Soviet Union. Natalya Sats believed that children could and should get familiar with complicated and “adult” art forms such as opera and ballet. She is a clear example of how much one person can do for the development of culture in his or her country. Today, a monument to Natalya Sats stands in front of the theatre; she is depicted with two children beside her, one dressed as the Little Red Riding Hood and one dressed as the Wolf. An exhibition dedicated to the memory of Natalya Sats is on display in the theatre’s lobby.

The theater that would come to be known as the Natalya Sats Musical Theater was opened in a former movie house as the Moscow Children’s Theater in 1921. Today this is the Russian Academic Youth Theatre.

It had its origins in a series of touring productions staged in 1918 by the Soviet Commissariat for Education. Prior to this time, few adult actors specialized in children’s roles but after the October Revolution Lenin’s wife, Nadezhda Krupskaya, began to champion theater for children. She was joined by such luminaries as Constantin Stanislavski. Natalya Sats, the 15-year-old daughter of Moscow Art Theatre Composer Ilya Sats, was called on to direct performances in Petrograd, Saratov and Moscow.

The first performance Sats organized, “David,” was staged in June 1918 and 350 children attended. The Moscow venture evolved into The First State Children’s Theater.

In 1936, the troupe moved out of the former movie house into a large theater on Sverdlov Square near the Bolshoi Theater. At this time the Soviet government changed the troupe’s name to Central Children’s Theater. Here, Sats pioneered a combination of music, dance, acrobatics, drama and multimedia. Known as “synthesized theater,” it has become the dominant style of children’s theater.

Also in 1936, Natalya Sats asked Sergei Prokofiev to write a work that would teach orchestral instruments to children and fit the “musical tastes in children from the first years of school.” The composer, who had recently returned to Russia after 13 years abroad, wrote his symphonic fairy tale in a couple of weeks. The first performance of Peter and the Wolf was on May 2, 1936; Prokofiev later wrote that the debut was “inauspicious at best” and the work “failed to attract much attention.” Yet although it is generally not considered among Prokofiev’s greatest compositions, it has become one of the most frequently recorded classical work. To date there have been more than 400 different recordings in more than a dozen languages.

Natalya Sats first narrated Peter and the Wolf in 1936. She would go on to give more than 300 performances. The first time she narrated it in English was in Albany, New York as part of a 1986 cultural exchange of theater troupes. Eleanor Roosevelt, David Bowie, Sir Alec Guinness, Sophia Loren, Zero Mostel, and Boris Karloff have all recorded narrations of Peter and the Wolf.

Natalya Sats directorship was cut short in 1937. Sats was condemned as the mistress of Marshal Mikhail Tukhachevsky, one of the eight top Red Army commanders purged by Stalin in 1937. The attendance of the American ambassador at a performance also contributed to her arrest. She spent the next five years in Siberian labor camps. Her name was not cleared until two years after Joseph Stalin’s death.

“It was her strong will, courage and innate feeling of dignity that helped her to survive through all the hardships,” the Itar-Tass news agency wrote in 1993, when reporting on the theater pioneer’s death at the age of 90.

The theatre that bears her name was founded in 1965 with the company’s first performance of The Father Frost by Mikhail Krasev debuting on November 21 that year at Moscow’s Estrada Theater. It developed a strong repertoire from close work with contemporary composers. Sats’ ambition was both to create new productions specifically aimed at a younger audience, and to present the classics in a way that made them accessible to children.

The first 15 years of the theatre’s life were difficult, as it did not have own premises where full-scale shows could be staged and performed. Most of productions during this period were commissioned by contemporary Russian composers especially for the theatre. The ballet company originally started as a group of seven dancers who supplemented opera performances with dance routines and grew to become a full-scale ballet company by 1975.

In 1979, the Children’s Musical Theater moved into the Palace of Children’s Opera, which was designed especially for the company. The building was designed by a team of architects headed by A.Velikanov and V. Krasilnikov and with the ongoing participation of Natalia Sats as the adviser. On the roof is a “bluebird of happiness,” the theater’s symbol from Konstantin Stanislavsky’s legendary play, the music for which was composed by Natalya’s father, Ilya Sats. The exterior combines elements of a medieval castle and modern design: the portals are adorned with sculptures depicting characters from various fairy tales.

Following the death of Natalya Sats, the theatre fell into a slump. Only with the arrival in 2010 of a new artistic director, Georgy Isaakyan from the famous Perm Opera, did it begin to recover. Star directors such as Vladimir Vasilyev, Nikolay Tsiskaridze, Andris Liepa and Dmitry Bertman began to be drawn to the theatre. One of Isaakyan’s first moves was to invite young stage artists from the Dmitry Krymov Lab to work on a joint production of The Love for Three Oranges. The play brought the theatre its first Golden Mask, Russia’s main theatre award. Since then, the theatre has constantly been seeking new forms, experimenting and creating great music for all ages, from The Little House (Teremok) based on works by Samuil Marshak to the Handel opera Alcina, or the Magical Island, to a dance version of Sherlock Holmes. Musicals are a relatively new phenomenon at the theatre, and have already become popular. 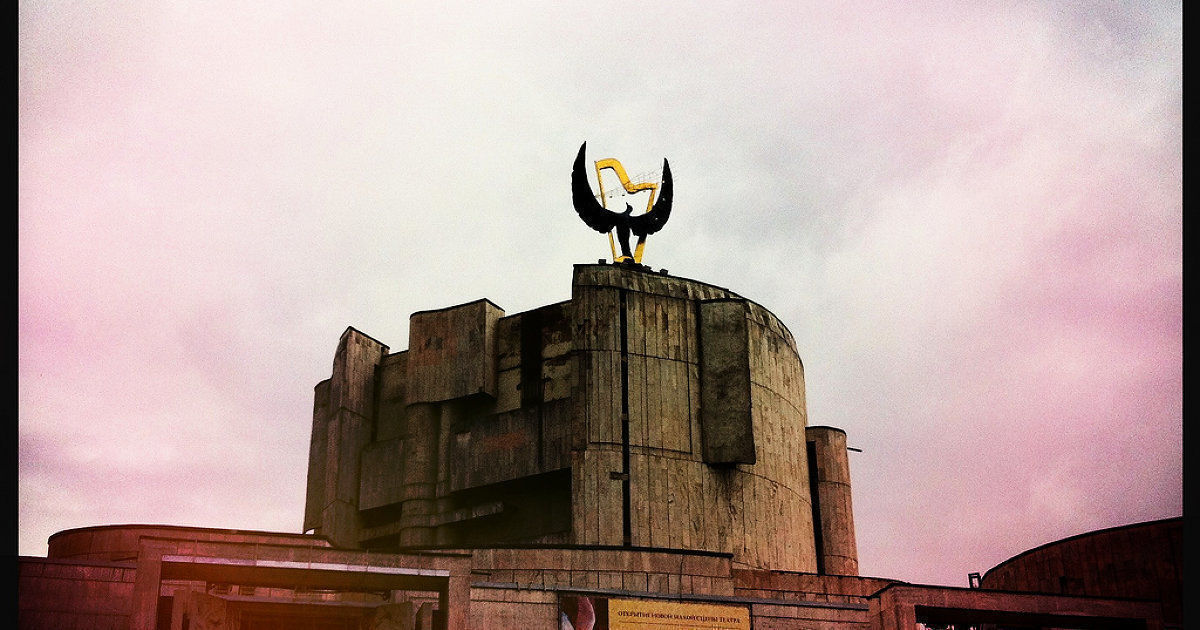 In 2015, the company celebrated its fiftieth birthday. During two days of “Open House”, the theatre attracted over 4,000 spectators who attended workshops, guided tours of the theatre, master-classes where children had a possibility to try themselves as props men, make-up artists, costume, set and light designers, quest games and discussions of theatre and its relevance today. On November 21, 2015, the theatre premiered a new version of Mikhail Krasev’s opera The Father Frost.

The theater currently stages approximately 30 operas and ballets a year. Its repertoire today reflects Sats educational philosophy and, alongside new versions of fairytales such as Puss in Boots, Snow White and The Frog Princess, there are also productions of “adult” operas like Madame Butterfly and Eugene Onegin and new ballets like the Snow Maiden. The company employs many young artists, and has served as a springboard for many artist’s careers., Special criers herald the beginning of performances from balconies under the portals. Inside, costumed characters entertain children before the show. Real birds sing in the aviary, decorative fish swim in aquariums, and there is a special mural room painted in story-book style.

Scott #5208 is a 3-kopeck olive green engraved stamp, perforated 12½x12, released on December 15, 1983, almost exactly ten years before the death of Natalya Sats (on December 18, 1993). It is the lowest denomination in a set of five stamps portraying “Newly Completed Buildings in Moscow”. The value of the stamp paid the domestic rate for postcards. 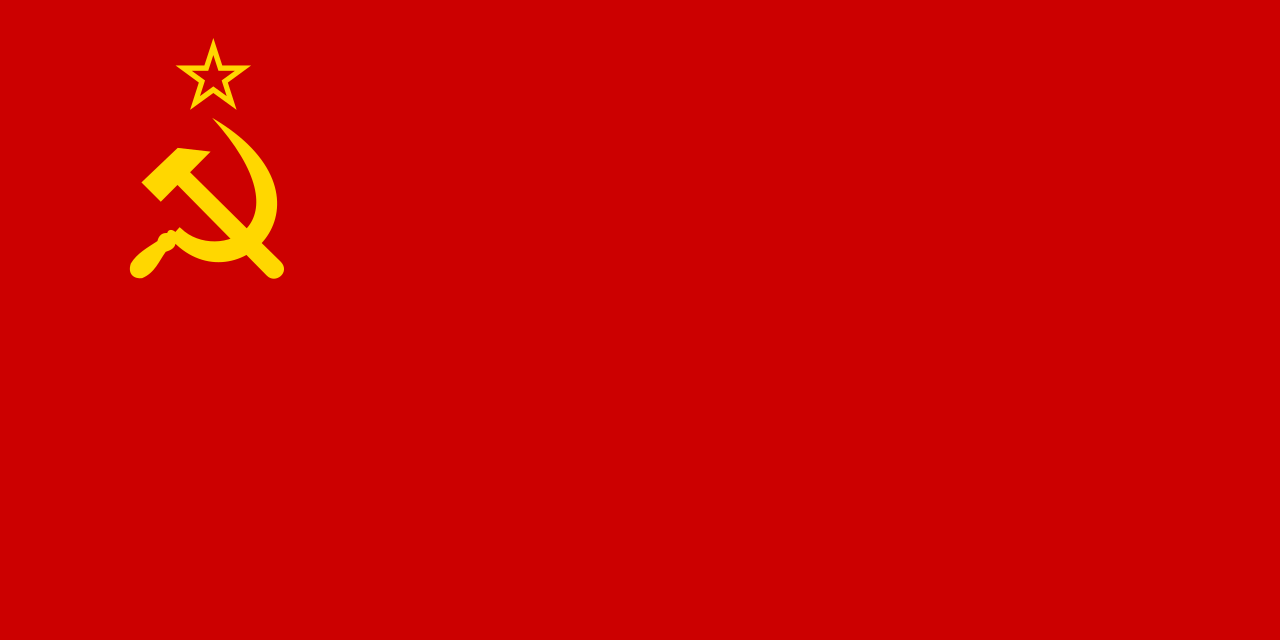 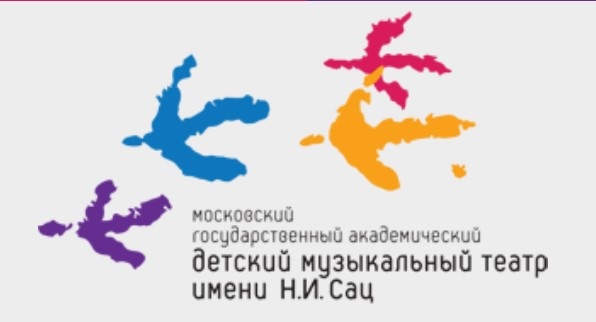