When selecting a stamp for today’s entry, I knew I wanted to feature something from Australia and initially thought that I would choose an issue picturing either a koala or a kangaroo. The country has a plethora of stamps with each of these animals and I simply couldn’t choose just one. I kept coming back to this design featuring a lyrebird, something I’d never heard of before first encountering the stamp perhaps 40 years ago. Since I never researched it before, I thought it a worthy subject for A Stamp A Day as my primary reason for starting the blog in the first place was to learn something new each and every day. So, let us learn about the lyrebird together….

This native Australian ground-dwelling bird was so named because the male bird has a spectacular tail, consisting of 16 highly modified feathers (two long slender lyrates at the center of the plume, two broader medians on the outside edges and twelve filamentaries arrayed between them), which was originally thought to resemble a lyre. This happened when a specimen which had been taken from Australia to England during the early 19th century was prepared for display at the British Museum. The taxidermist had never seen a live lyrebird and mistakenly thought that the tail would resemble a lyre and that the tail would be held in a similar way to that of a peacock during courtship display. He arranged the feathers in this way.

Later, John Gould (who had also never seen a live lyrebird), painted the lyrebird from the British Museum specimen, as seen below.

Although very beautiful, the male lyrebird’s tail is not held as in John Gould’s painting. Instead, the male lyrebird’s tail is fanned over the lyrebird during courtship display, with the tail completely covering his head and back. A lyrebird is either of two species that compose the genus Menura and the family Menuridae. They are most notable for their superb ability to mimic natural and artificial sounds from their environment, and the striking beauty of the male bird’s huge tail when it is fanned out in courtship display. Lyrebirds have unique plumes of neutral-colored tailfeathers and are among Australia’s best-known native birds.

The superb lyrebird (Menura novaehollandiae) is one of the world’s largest songbirds, and is noted for its elaborate tail and excellent mimicry. The species is endemic to the south east of the country, and has been introduced to Tasmania. The superb lyrebird is featured on the reverse side of the Australian 10 cent coin, first minted in 1966. The image was designed by Stuart Devlin, who designed the reverses of all coins of the Australian dollar introduced in 1966.

The second species of lyrebird, Albert’s lyrebird (Menura alberti) is a timid, pheasant-sized songbird which is endemic to subtropical rainforests of Australia, in a small area on the state border between New South Wales and Queensland. The rarer of the two species of lyrebirds, Albert’s lyrebird is named after Prince Albert, the prince consort of Queen Victoria. It lacks the elegant lyre-shaped tail feathers of the superb lyrebird and is found in a much more restricted range. In the past, Albert’s lyrebirds were shot to be eaten in pies, to supply tail-feathers to “globe-trotting curio-hunters” or by vandals. Today, the total population of Albert’s lyrebirds is estimated at only 3,500 breeding birds and it has one of the smallest distributional ranges of any bird on the continent.

The classification of lyrebirds was the subject of much debate after the first specimens reached European scientists after 1798. The superb lyrebird was first illustrated and described scientifically as Menura superba by Major-General Thomas Davies in 1800 to the Linnean Society of London. He based his work on specimens sent from New South Wales to England.

Lyrebirds were thought to be Galliformes like the broadly similar looking partridge, junglefowl, and pheasants familiar to Europeans, reflected in the early names given to the superb lyrebird, including native pheasant. They were also called peacock-wrens and Australian birds-of-paradise. The idea that they were related to the pheasants was abandoned when the first chicks, which are altricial, were described. They were not classed with the passerines until a paper was published in 1840, 12 years after they were assigned a discrete family, Menuridae. Within that family they compose a single genus, Menura.

It is generally accepted that the lyrebird family is most closely related to the scrub-birds (Atrichornithidae) and some authorities combine both in a single family, but evidence that they are also related to the bowerbirds remains controversial.

Lyrebirds are ancient Australian animals: the Australian Museum has fossils of lyrebirds dating back to about 15 million years ago. The prehistoric Menura tyawanoides has been described from Early Miocene fossils found at the famous Riversleigh site.

The lyrebirds are large passerine birds, amongst the largest in the order. They are ground-living birds with strong legs and feet and short rounded wings. They are generally poor fliers and rarely take to the air except for periods of downhill gliding. The superb lyrebird is the larger of the two species. Females are 74–84 cm long, and the males are a larger 80–98 cm long — making them the third-largest passerine bird after the thick-billed raven and the common raven. Albert’s lyrebird is slightly smaller at a maximum of 90 cm (male) and 84 cm (female). They have smaller, less spectacular lyrate feathers than the superb lyrebird, but are otherwise similar.

The superb lyrebird is found in areas of rainforest in Victoria, New South Wales, and south-east Queensland. It is also found in Tasmania where it was introduced in the 19th century. Many superb lyrebirds live in the Dandenong Ranges National Park and Kinglake National Park around Melbourne, the Royal National Park and Illawarra region south of Sydney, in many other parks along the east coast of Australia, and non protected bushland. Albert’s lyrebird is found only in a small area of Southern Queensland rainforest.

Lyrebirds are shy and difficult to approach, particularly the Albert’s lyrebird, with the result that little information about its behavior has been documented. When lyrebirds detect potential danger, they pause and scan the surroundings sound an alarm, and either flee the area on foot, or seek cover and freeze. Firefighters sheltering in mine shafts during bushfires have been joined by lyrebirds.

Lyrebirds feed on the ground and as individuals. A range of invertebrate prey is taken, including insects such as cockroaches, beetles (both adults and larvae), earwigs, fly larvae, and the adults and larvae of moths. Other prey taken includes centipedes, spiders, earthworms. Less commonly taken prey includes stick insects, bugs, amphipods, lizards, frogs and occasionally, seeds. They find food by scratching with their feet through the leaf-litter.

The breeding cycle of the lyrebirds is long, and lyrebirds are long-lived birds, capable of living as long as thirty years. They also start breeding later in life than other passerine birds. Female superb lyrebirds start breeding at the age of five or six, and males at the age of six to eight. Males defend territories from other males, and those territories may contain the breeding territories of up to eight females. Within the male territories, the males create or use display platforms; for the superb lyrebird, this is a mound of bare soil; for the Albert’s lyrebird, it is a pile of twigs on the forest floor.

Male lyrebirds call mostly during winter, when they construct and maintain an open arena-mound in dense bush, on which they sing and dance in courtship, to display to potential mates, of which the male lyrebird has several. The female builds an untidy nest, usually low to the ground in a moist gully, where she lays a single egg. The egg is incubated over 50 days solely by the female, and the female also fosters the chick alone.

A lyrebird’s song is one of the more distinctive aspects of its behavioral biology. Lyrebirds sing throughout the year, but the peak of the breeding season, from June to August, is when they sing with the most intensity. During this peak they may sing for four hours of the day, almost half the hours of daylight. The song of the superb lyrebird is a mixture of elements of its own song and any number of other mimicked songs and noises. The lyrebird’s syrinx is the most complexly-muscled of the passerines (songbirds), giving the lyrebird extraordinary ability, unmatched in vocal repertoire and mimicry. Lyrebirds render with great fidelity the individual songs of other birds and the chatter of flocks of birds, and also mimic other animals such as koalas and dingoes.

The lyrebird is capable of imitating almost any sound and they have been recorded mimicking human sounds such as a mill whistle, a cross-cut saw, chainsaws, car engines and car alarms, fire alarms, rifle-shots, camera shutters, dogs barking, crying babies, music, mobile phone ring tones, and even the human voice. However, while the mimicry of human noises is widely reported, the extent to which it happens is exaggerated and the phenomenon is unusual.

The superb lyrebird’s mimicked calls are learned from the local environment, including from other superb lyrebirds. An instructive example is the population of superb lyrebirds in Tasmania, which have retained the calls of species not native to Tasmania in their repertoire, with some local Tasmanian endemic bird songs added. Young birds take about a year to perfect their mimicked repertoire. The female lyrebirds of both species are also mimics capable of complex vocalizations. Superb lyrebird females are often silent during courtship; however, they regularly produce sophisticated vocal displays during foraging and nest defense. A recording of a superb lyrebird mimicking sounds of an electronic shooting game, workmen and chainsaws was added to the National Film and Sound Archive’s Sounds of Australia registry in 2013.

Lyrebirds are not endangered in the short to medium term. Albert’s lyrebird has a very restricted habitat and had been listed as vulnerable by the IUCN, but because the species and its habitat were carefully managed, the species was re-assessed to near threatened in 2009. The superb lyrebird, once seriously threatened by habitat destruction, is now classified as common. Even so, lyrebirds are vulnerable to cats and foxes, and it remains to be seen if habitat protection schemes will stand up to increased human population pressure.

The stamp design picturing a superb lyrebird was first used by Australia on Scott #141, released on February 15, 1932, a 1-shilling green stamp measuring 21½ x 25 mm. Designed and engraved by F.D. Manley, it was recess printed by John Ash on unwatermarked paper and perforated 11. Stanley Gibbons also lists a yellow-green shade of this stamp. Several years later, it was  reprinted twice in a smaller size — 17½ x 21½ mm — and a different color, gray-green, again recess printed by John Ash. The first of these was released on August 2, 1937, perforated 13½x14 on paper watermarked with a Crown CA. The Scott catalogue lists this as #175a while the Stanley Gibbons catalogue has it numbered as 174 (the 1932 version is SG #140). Finally, it was released again on March 29, 1941, in a version perforated 15×14 with the same watermark and color as before (Scott #175 or Stanley Gibbons #192), which is the stamp featured today. The Stanley Gibbons catalogue also lists a variety of this stamp with an inverted watermark (SG #192a). 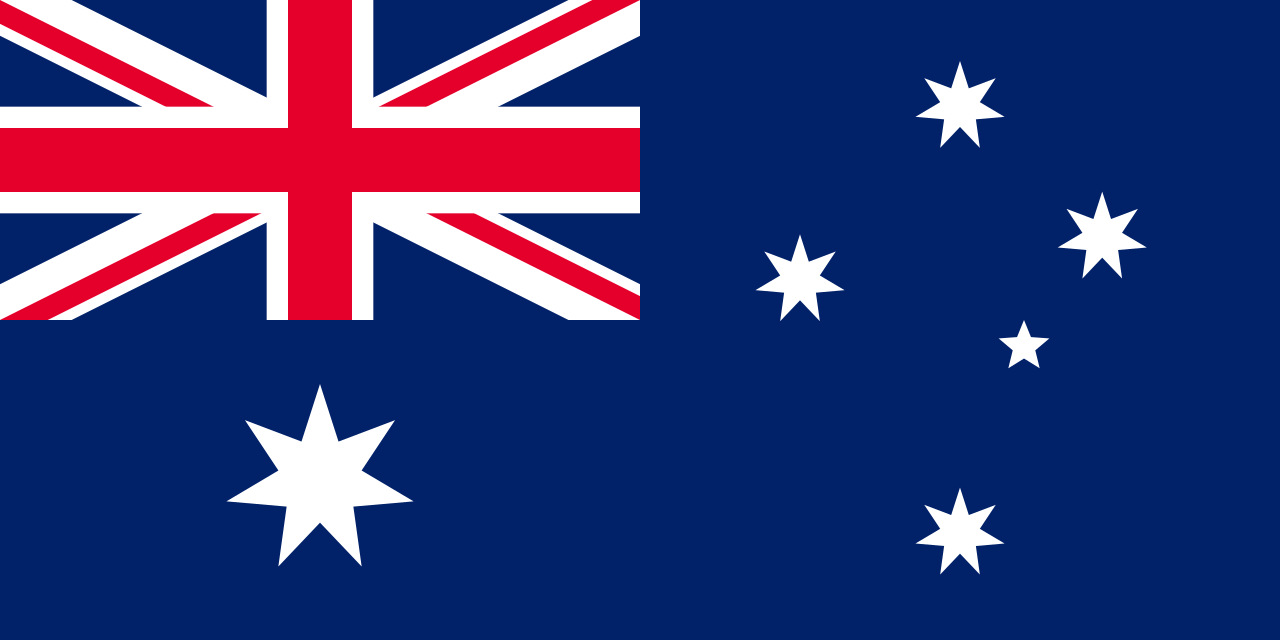