The mountain rises to 4,170 feet (1,271 meters) above sea level and is frequently covered by snow, sometimes even in summer, and the lower slopes are thickly forested, but crisscrossed by many walking tracks and a few fire trails. There is also a sealed narrow road to the summit, about 14 miles (22 kilometers) from Hobart central business district. An enclosed lookout near the summit has views of the city below and to the east, the Derwent estuary, and also glimpses of the World Heritage Area nearly 62 miles (100 km) west. From Hobart, the most distinctive feature of Mount Wellington is the cliff of dolerite columns known as the Organ Pipes.

Mount Wellington was originally referred by the original Tasmanian nations of the area as Unghbanyahletta (or Ungyhaletta), Poorawetter (or Pooranetteri), or kunanyi to the indigenous people of Tasmania. The Palawa, the surviving descendants of the original indigenous Tasmanians, tend to prefer the latter name. In 2013, a Tasmanian dual naming policy was announced and “kunanyi / Mount Wellington” was named as one of the inaugural dual named geographic features.

The low-lying areas and foothills of Mount Wellington were formed by slow geological upsurge when the whole Hobart area was a low-lying cold shallow seabed. The upper reaches of the mountain were formed more violently, as a Sill with a tabular mass of igneous rock that has been intruded laterally between layers of older rock pushing upwards by upsurges of molten rock as the Australian continental shelf tore away from Antarctica, and separated from Gondwana over 40 million years ago. It is often incorrectly considered to be a dormant volcano. 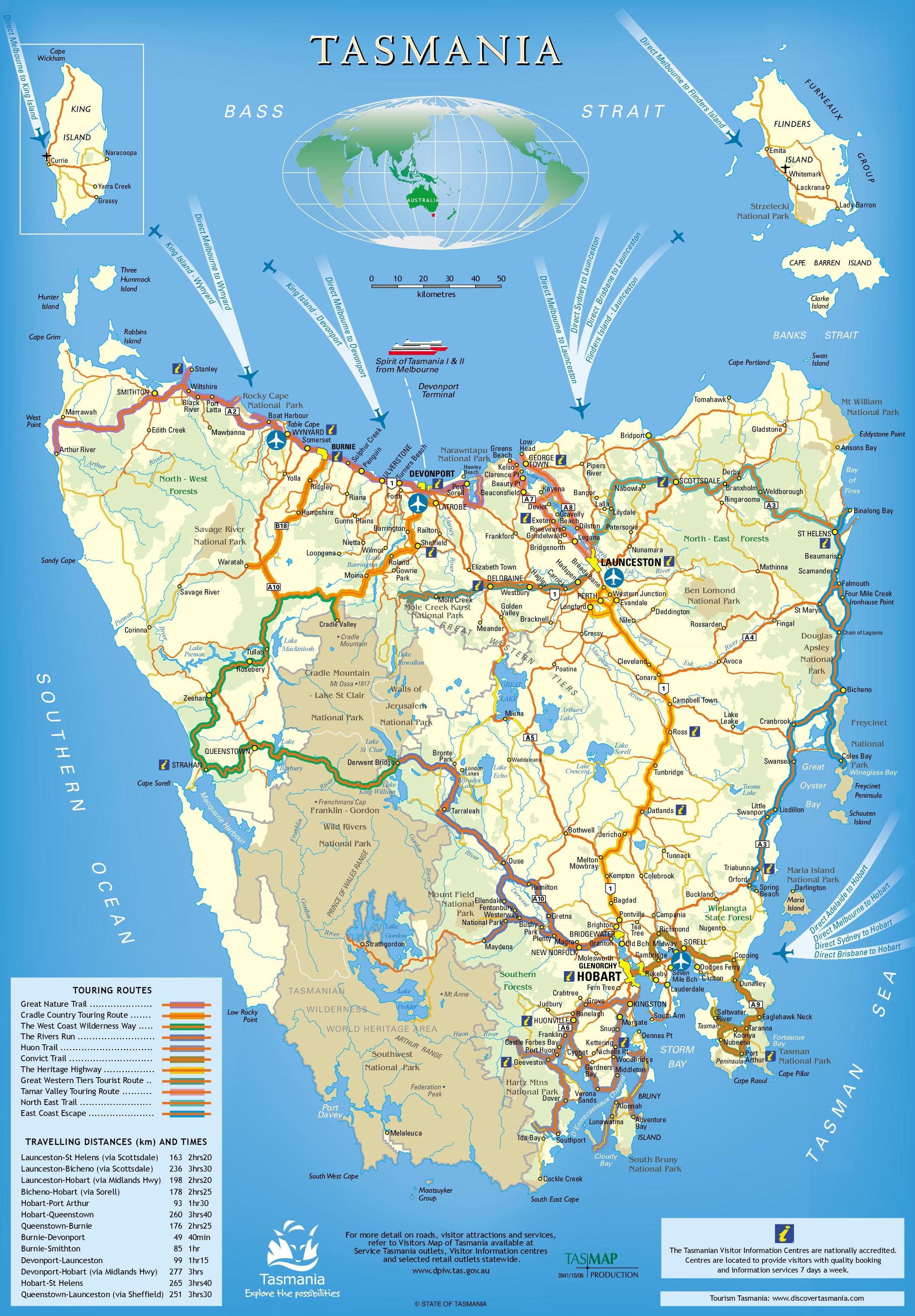 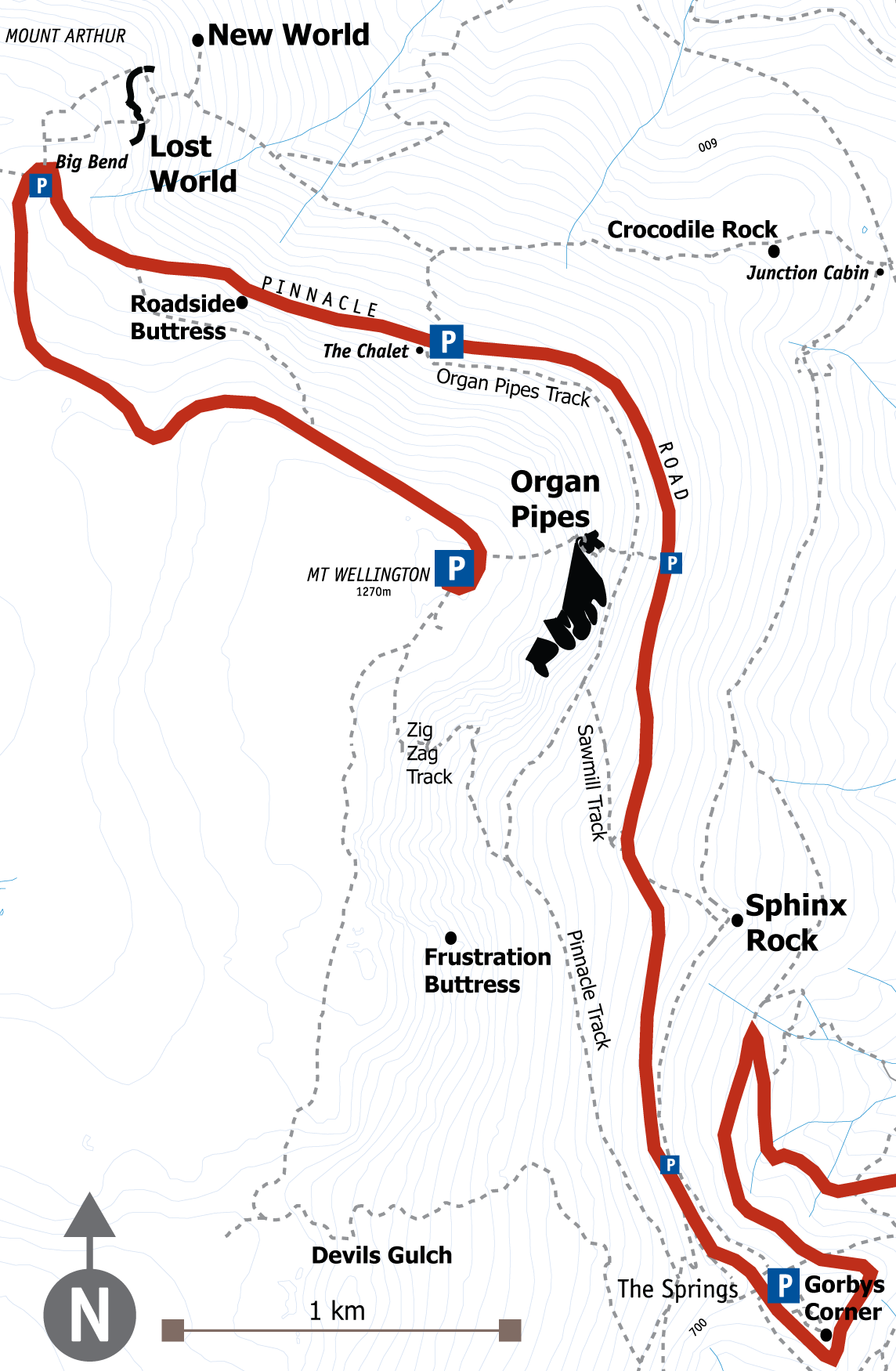 The first recorded European in the area Abel Tasman probably did not see the mountain in 1642, as his ship was quite a distance out to sea as he sailed up the South East coast of the island — coming closer in near present-day North and Marion Bays.

No other Europeans visited Tasmania until the late eighteenth century, when several visited southern Tasmania (then referred to as Van Diemens Land) including Frenchman Marion du Fresne (1772), Englishmen Tobias Furneaux (1773), James Cook (1777) and William Bligh (1788 and 1792), and Frenchman Bruni d’Entrecasteaux (1792–93). In 1793, Commodore John Hayes arrived at the Derwent River, naming the mountain Skiddaw, after the mountain in the Lake District, although this name never gained popularity.

In 1798, Matthew Flinders and George Bass circumnavigated the island. Whilst they were resting in the area, Flinders named the river the Derwent River (the name John Hayes had given only to the upper part of the river), Flinders referred to the mountain as ‘Table Mountain’ (the name given to it by Bond and Bligh — young Matthew Flinders was with them in 1791) for its similarity in appearance to Table Mountain in South Africa. Bruni d’Entrecasteaux’s men were the first European to sail up the river and chart it.

Later, Nicholas Baudin led another French expedition in 1802, and whilst sheltering in the Derwent River (which they referred to as River du Nord — the name d’Entrecasteaux had given to it) Baudin also referred to the mountain as Montagne du Plateau (also named by d’Entrecasteaux). The British first settled in the Hobart area in 1804, resulting in Flinders’ name of Table Mountain becoming more popular. Table Mountain remained its common name until in 1832 it was decided to rename the mountain in honor of the Duke of Wellington who, with Gebhard Leberecht von Blücher finally defeated Napoleon at the Battle of Waterloo in present-day Belgium on June 18, 1815.

In February 1836, Charles Darwin visited Hobart Town and climbed Mount Wellington. In his book “The Voyage of the Beagle”, Darwin described the mountain thus;

“… In many parts the Eucalypti grew to a great size, and composed a noble forest. In some of the dampest ravines, tree-ferns flourished in an extraordinary manner; I saw one which must have been at least twenty feet high to the base of the fronds, and was in girth exactly six feet. The fronds forming the most elegant parasols, produced a gloomy shade, like that of the first hour of the night. The summit of the mountain is broad and flat, and is composed of huge angular masses of naked greenstone. Its elevation is 3,100 feet [940 m] above the level of the sea. The day was splendidly clear, and we enjoyed a most extensive view; to the north, the country appeared a mass of wooded mountains, of about the same height with that on which we were standing, and with an equally tame outline: to the south the broken land and water, forming many intricate bays, was mapped with clearness before us. …”

The first weather station was set up on Mount Wellington in 1895 by Clement Lindley Wragge. Mount Wellington has played host to some notorious characters over time, especially the bushranger ‘Rocky’ Whelan, who murdered several travelers in the middle of the 19th century. The cave where he lived is known appropriately as Rocky Whelan’s Cave, and is an easy walk from the Springs.

Throughout the 19th and into the 20th centuries, Wellington Mountain was a popular day-resort for residents of Hobart. To that end, many excursion huts were built over the lower slopes of the mountain. However, none of these early huts survive as they were all destroyed during the disastrous bushfires of 1967, though modern huts are open to the public at the Springs, the Pinnacle, the Chalet — a picnic spot about halfway between the Springs and the Pinnacle — and elsewhere. Sadly, many of the more remote huts have suffered from vandalism, and some are virtually derelict.

The road to the summit was constructed in the early 1930s as a relief scheme for the unemployed, an idea initiated by Albert Ogilvie, the Premier of Tasmania of the day. While the road is officially known as the Pinnacle Drive, it was, for some time, also widely known among residents of Hobart as ‘Ogilvie’s Scar’ because at the time it was constructed ‘the Mountain’ was heavily logged and almost bare, and the road was an all-too-obvious scar across the already denuded mountain. Today the trees have grown again but the ‘scar’ most people see today is not actually the road but a line of large rocks with no trees 50–100 m above the road, provided as an easement for power lines. The road itself was opened in August 1937, after nearly two years of work, by Governor Sir Ernest Clark.

The road carries tourist traffic during the day and sections may be closed at any time of the year due to snowfalls or icy conditions. Halfway up this road (around 700 meters) is a picnic area called “The Springs”, near the site of a chalet/health spa that was destroyed by bushfire in 1967.

Mount Wellington was selected by many broadcasters as the site of broadcast radio and television transmitters because it provides line-of-sight transmission to a much larger area of Hobart and surrounding districts than any other point in the region. The first television stations to transmit from there were TVT-6 (now WIN Television) and ABT-2 (the ABC) in 1960. The mountain has two main transmission towers located at its pinnacle. One is the concrete and steel constructed Broadcast Australia Tower (sometimes referred to as the NTA Tower) and one owned by WIN television which is of steel construction. The NTA tower broadcasts all of Hobart’s high power FM radio stations plus the digital TV services for ABC and SBS. The NTA tower also has a small accommodation area at its base with kitchen and workshop area. The WIN TV tower broadcasts the digital TV services from Southern Cross, Win TV, and Tasmanian Digital Television. The site also contains a small kitchen area and contains some data links from local Hobart businesses. An amateur radio repeater is also installed on the mountain.

An aerial cableway (cable car) has been proposed for the mountain on four occasions. The first two of these pre-dated the construction of Pinnacle Road. In 1905, Arnold Wertheimer proposed the construction of an aerial cableway (at the time referred to as an “aerial railway”) from The Springs to the Pinnacle of Mt Wellington, and in 1906 established The Mount Wellington Aerial Railway Company Ltd. This proposal was soon modified to run from Cascades to the Pinnacle, but in the end never eventuated.

The concept was shelved until 1931, when an Aerial Tramway proposal involving a nine-minute journey from The Springs to the Pinnacle was publicized. Included in this was a kiosk and observation deck, as well as the potential to provide for skiing on the slopes at the rear of the mountain.

After construction of Pinnacle Road was completed in 1937, momentum for an aerial cableway slowed. While general access to the Pinnacle was easily available, justification for later cableway developments included the inability to access the Pinnacle on periods of high snowfall; the growth of Tasmania as a tourism destination; and, since the increase of climate change awareness in the later parts of the 20th century, the environmental impact of motor vehicle pollution.

The next proposal did not come forward until 1987, when the first of three proposals by Hobart engineer Tim Burbury was announced. The 1987 proposal, by Burbury’s company Trinity Projects, was to feature a hotel on the Pinnacle serviced by a cable car based at Fern Tree. The public opposition was high enough that the plan was dropped before it went into detailed design.

In 1993, Burbury relaunched a modified proposal, estimated to cost A$31 million, known as Skyway. It featured a change of base location, to a hill near Cascade Brewery, and used two high capacity carriages to transport passengers. At the Pinnacle, the hotel proposal was dumped for a restaurant, and added a ski field at the rear of the mountain. Again, there was strong public opposition to this plan — including a reduction of privacy of residents near the lower part of the cable car, and destruction of the natural alpine environment. The third revision of Burbury’s plan was announced in 2004, including an alternate route, change from a large carriage to a series of smaller gondolas, a modified Pinnacle center design and removal of the ski field component of the project.

After Burbury’s death in 2010, Hobart businessman and entrepreneur Adrian Bold took on a renewed focus to develop a cable car solution for Mount Wellington. After several years of public consultation and preliminary design, this culminated in a formal launch in April 2014 of a two-part route from Cascade Brewery to a Pinnacle Center at the summit, including a restaurant, café and function center. The proponent’s partner, Toronto-based company BullWheel International, announced in November 2015, that it no longer had any involvement with the cable car proposal.

Scott #96 was released in October 1902, a 1-penny stamp in dull red (pale red, according to the Stanley Gibbons catalogue where it is listed as SG #240). It was printed by the Victoria Government Printing Office in Melbourne using typography. It is very similar in appearance to Scott #87, a 1-penny carmine stamp engraved by Thomas de la Rue and Company Ltd. released on December 13, 1899; and to Scott #95, printed by the Victoria Government Printing Office, lithographed using transfers from the de la Rue plates and released in January 1902, also in carmine. The 1902 releases of this stamp were perforated 12½ with a V over Crown watermark (the 1899 engraved stamp was perforated 14 with a diagonal TAS watermark).

A further release of the design (in carmine according to Scott, scarlet according to Stanley Gibbons) appeared in September 1903 (Scott #103 or SG #241). These stamps were from new electrotyped plates that show considerably less shading, printed by the Victoria Government Printing Office using typography, perforated 12½ on paper with the V over Crown watermark and cut into booklet panes of 18.