On the afternoon of April 12, 1945, while staying at the Little White House in Warm Springs, Georgia, the United States of America’s stamp collecting president — Franklin Delano Roosevelt — said, “I have a terrific headache.” He then slumped forward in his chair, unconscious, and was carried into his bedroom. The president’s attending cardiologist, Dr. Howard Bruenn, diagnosed the medical emergency as a massive cerebral hemorrhage. At 3:35 p.m. that day, Roosevelt died at the age of 63, 11 weeks into his fourth term. An editorial by The New York Times declared, “Men will thank God on their knees a hundred years from now that Franklin D. Roosevelt was in the White House.”

On the morning of April 13, Roosevelt’s body was placed in a flag-draped coffin and loaded onto the presidential train for the trip back to Washington. Along the route, thousands flocked to the tracks to pay their respects. After a White House funeral on April 14, Roosevelt was transported by train from Washington, D.C., to his place of birth at Hyde Park. As was his wish, Roosevelt was buried on April 15 in the Rose Garden of his Springwood estate.

Roosevelt’s declining physical health had been kept secret from the general public. His death was met with shock and grief across the U.S. and around the world. His successor, President Harry S.  Truman dedicated Victory in Europe Day and its celebrations to Roosevelt’s memory, and kept the flags across the U.S. at half-staff for the remainder of the 30-day mourning period, saying that his only wish was “that Franklin D. Roosevelt had lived to witness this day”. When World War II finally ended with the surrender of Japan, Truman would preside over the demobilization of the war effort and the establishment of the United Nations and other postwar institutions envisioned during Roosevelt’s presidency.

Roosevelt is widely considered to be one of the most important figures in the history of the United States, as well as one of the most influential figures of the 20th century. Historians and political scientists consistently rank Roosevelt, George Washington, and Abraham Lincoln as the three greatest presidents.

The Little White House was Roosevelt’s personal retreat and is operated by the State of Georgia as the Little White House Historic site. It is located in the Historic District of Warm Springs, Georgia. Roosevelt first came to Warm Springs (formerly known as Bullochville) in 1924 for polio treatment, and liked the area so much that, as Governor of New York, he had a home built on nearby Pine Mountain. In 1932, after winning the presidency for the first time, he ordered a six-room Georgia pine house to be built on the property. This house was his retreat throughout his presidency and became known as the Little White House. In total, he made 16 trips there during his presidency, usually spending two to three weeks at a time, as it took a day to reach Warm Springs from Washington, D.C. by train.

The Little White House is a six-room Colonial Revival structure made of Georgia pine. Three of the rooms were bedrooms: one for Roosevelt, one for his wife Eleanor, and one for his personal secretary. The other rooms were an entrance hall, a living room and a kitchen. Access to the Little White House was from an unpaved road that now only exists in parts. The garage-servant’s quarters was built in 1932, followed by the single-story frame cottage that served as a guesthouse in 1933, and finally a cottage for Georgia Wilkins in 1934. Wilkins’ family were the original owners of the property.

Roosevelt used the Little White House as a base to replace Georgia politicians who refused to follow his policies. This was most notable in 1938 when Roosevelt tried and failed to have United States Senator Walter George replaced with a Roosevelt loyalist, even though both were Democrats.

His last trip to the Little White House was on March 30, 1945. He felt he did not achieve enough rest at his Hyde Park home. According to some observers at Warm Springs, Roosevelt looked “ghastly” and his usual cordial waves to the residents were weak. Unlike his previous visits, he avoided the swimming pool he used to comfort himself in previous trips. On April 12, 1945, he was sitting for a portrait at the Little White House when he suffered a stroke. Roosevelt died two hours later of cerebral hemorrhage.

Most of Roosevelt’s property was willed to Georgia Warm Springs Foundation, which gained control of all the properties in 1948 except for the Georgia Wilkins Cottage, which Wilkins lived in until her 1959 death. Both John F. Kennedy in 1960 and Jimmy Carter in 1976 used the property for their campaigns to become president; Carter even launched his campaign there.

The house was opened to the public as a museum in 1948. A major attraction of the museum is the portrait that the artist Elizabeth Shoumatoff was painting of him when he died, now known as the “Unfinished Portrait”. It hangs near a finished portrait that Shoumatoff completed later from sketches and memory.

Today, the Little White House is part of Georgia’s state park system and is open to visitors. It has been preserved and is as it was the day Roosevelt died. All buildings and furnishing are original to the house and property. Items on display, besides the Unfinished Portrait, include his customized 1938 Ford convertible and his stagecoach.

On August 9, 2011, the McCarthy Cottage and the E.T. Curtis Cottage on the Roosevelt Institute Hospital grounds that date back to Roosevelt’s time at Warm Springs were destroyed in a fire which investigators believed had been started by lightning and thunderstorms that were in the area at the time.

Roosevelt has been featured several times on A Stamp A Day, most recently on his birthday, January 30.

On October 2, 1950, the South American nation of Paraguay released a set of five air mail stamps to honor President Franklin Delano Roosevelt (C184-C188). The frames and lettering of these stamps were engraved and printed in different colors for each denomination while the carmine and violet blue flags were printed using lithography. The Security Banknote was the printer of these stamps, all of which featured the same design: the 20 centimos stamp was colored red, the 30-centimos is black, 50 centimos claret, 1 guarani dark gray green, and today’s 5-guanani stamp is deep blue. The stamps are perforated 12½. 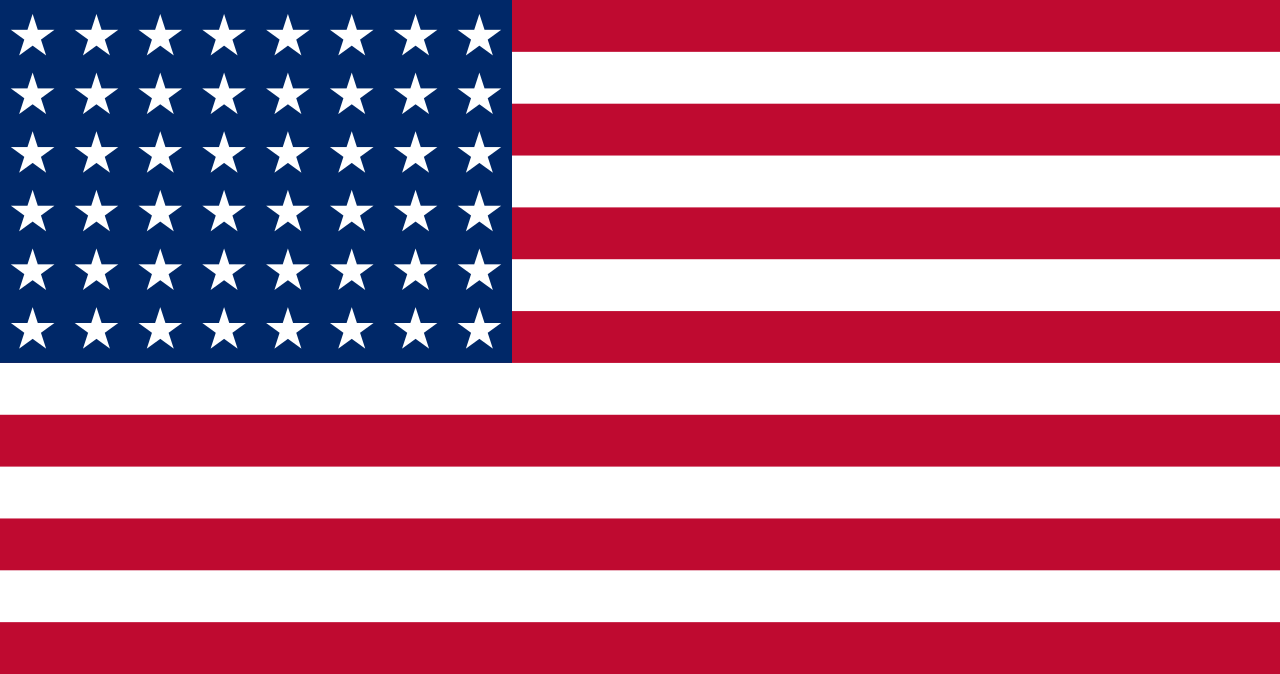 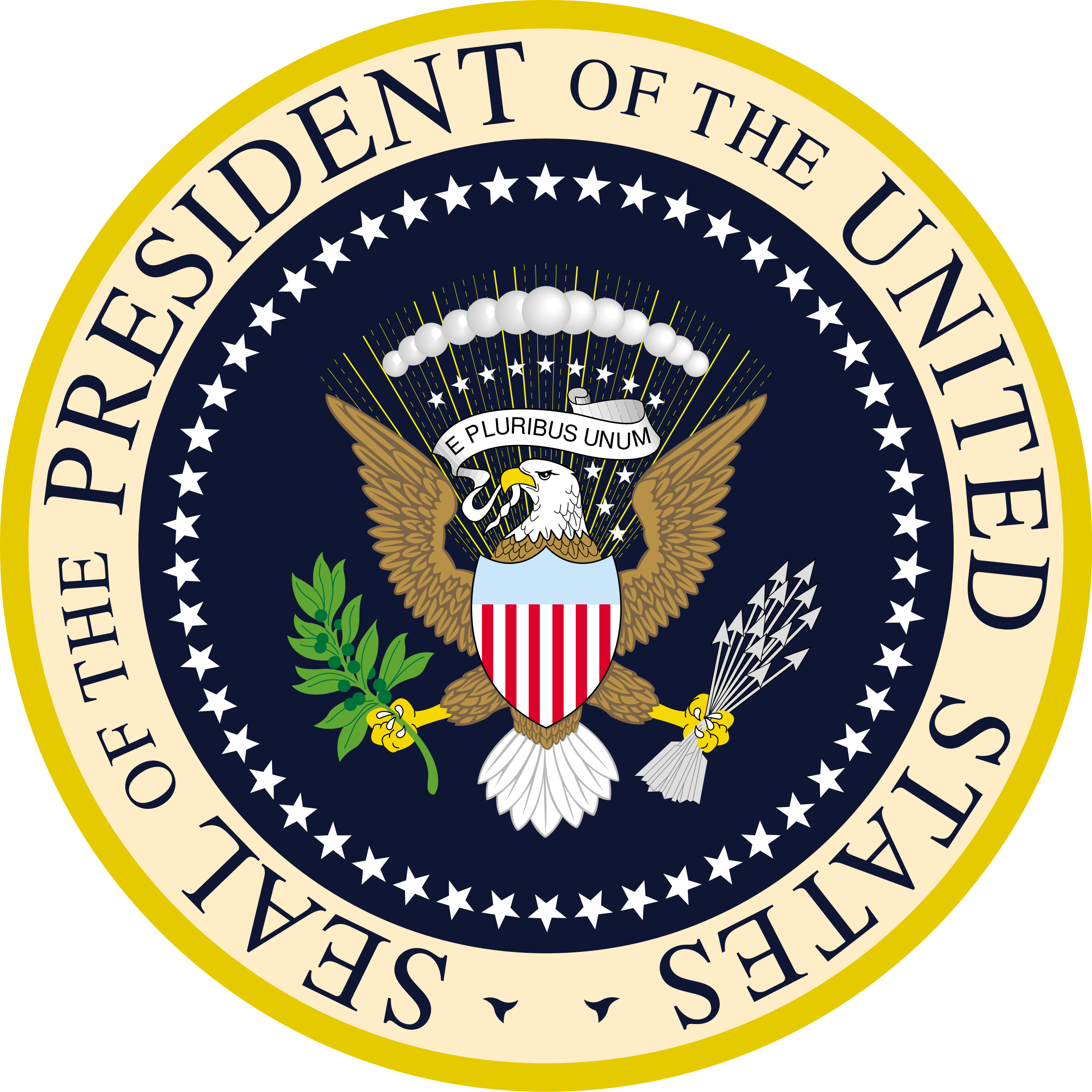