Elephants are one of the most popular animals to be portrayed on stamps and have been featured twice on A Stamp A Day in articles about Laos and Thailand, both of the Asian variety. Today’s entry describes a subspecies of the Asian elephant as well as the traditional handler, called a mahout, both pictured on a 1909 stamp issued for the British protectorate state of North Borneo — currently the Malaysian state of Sabah.

The Borneo elephant, also called the Borneo pygmy elephant, is a subspecies of Asian elephant that inhabits northeastern Borneo, in Indonesia and Malaysia. Its origin remains the subject of debate. A definitive subspecific classification as Elephas maximus borneensis awaits a detailed range-wide morphometric and genetic study. Since 1986, Elephas maximus has been listed as Endangered on the IUCN Red List as the population has declined by at least 50% over the last three generations, estimated to be 60–75 years. The species is pre-eminently threatened by habitat loss, degradation and fragmentation.

Elephants were appropriate gifts from one ruler to another, or to a person of high standing, and it was customary to transport them by sea. In about 1395, the Raja of Java gave two elephants to the ruler Raja Baginda of Sulu. These animals were reputedly the founders of a feral population at the western end of Borneo. When in 1521 the remnants of Ferdinand Magellan’s circumnavigation of the Earth reached Brunei, the chronicler of the voyage recounted that the delegation from the flagship Victoria was conveyed to and from the ruler’s palace on elephants caparisoned in silk. This custom had been discontinued by the time later visitors arrived in Brunei in the 1770s, who reported wild-living elephant herds that were hunted by local people after harvest. Despite the early records of royal elephants in Brunei and Banjarmasin, there was no tradition of capturing and taming local wild elephants in Borneo. 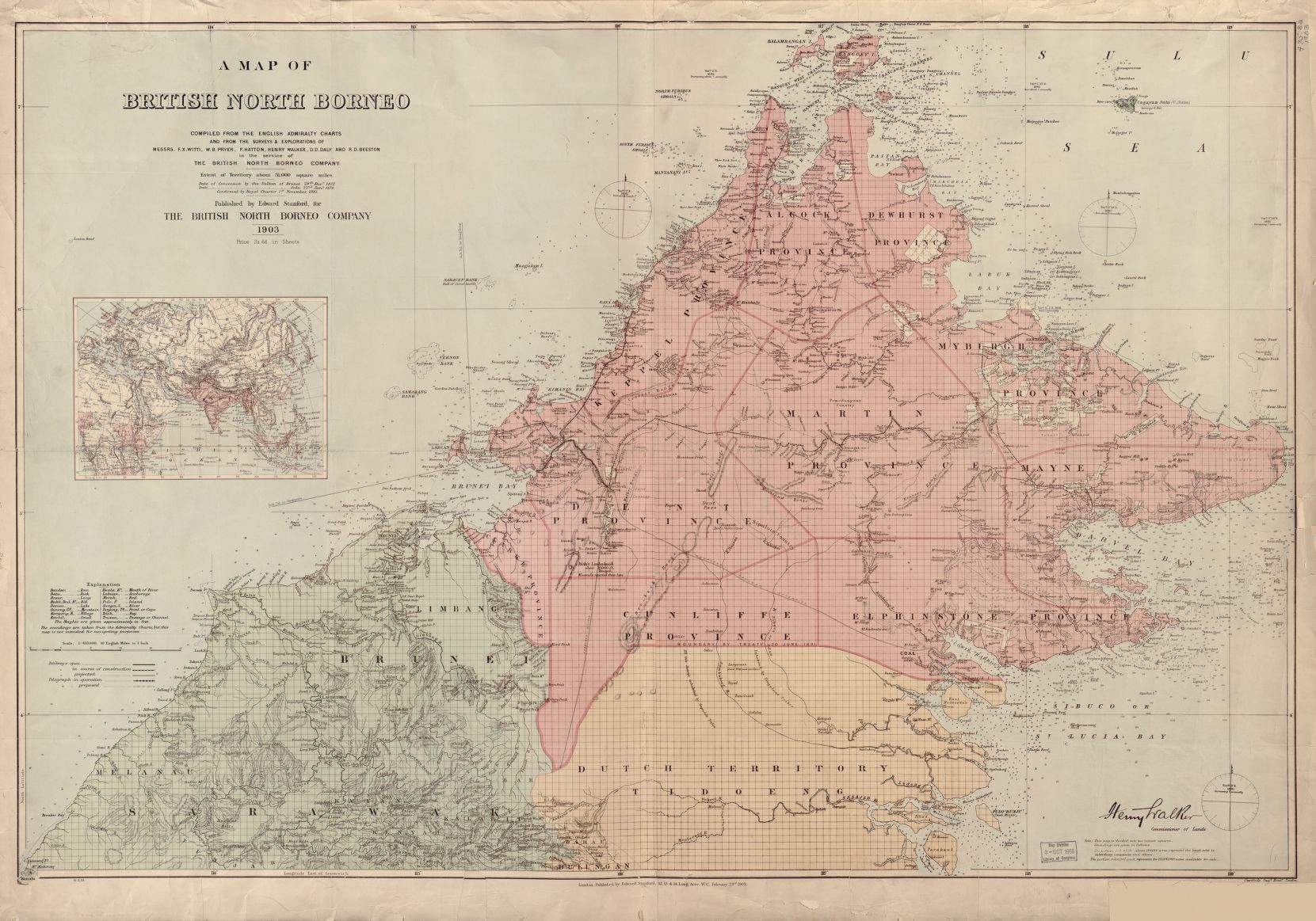 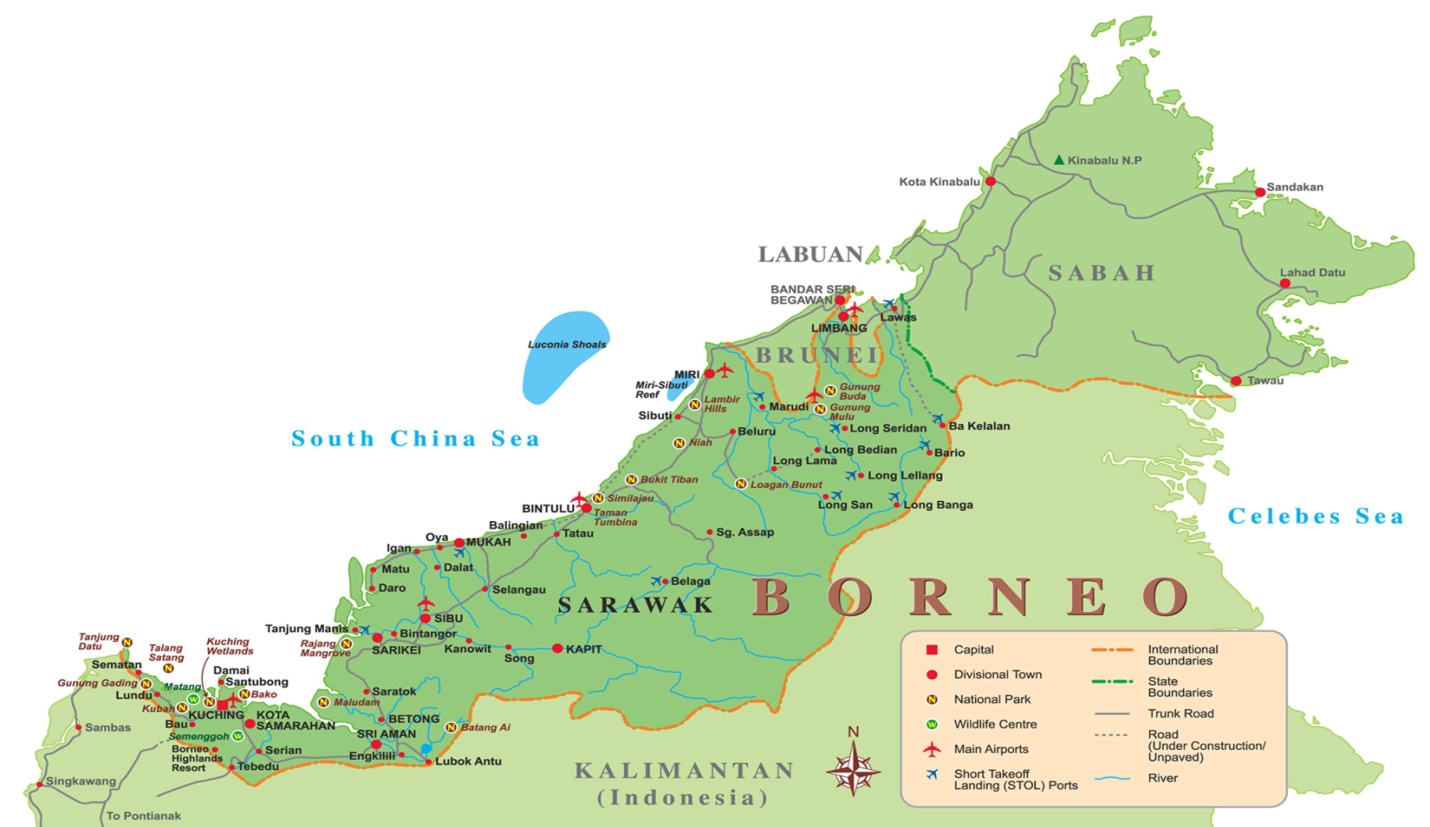 The arrival of elephants in the north Kalimantan region of Borneo coincides with the rule of the Sultans of Sulu over Sabah. The Sultanate of Sulu enjoyed peaceful ties with the Hindu Sultanate of Java. As a token of appreciation, the rulers of Java sent their elephants to Sulu, much as they have sent Javanese elephants to the Sultanate of Maguindanao, which also partly gives the reason why skeletal remains of small elephants are found in Mindanao, south Philippines. The Sultan of Sulu and his family shipped some of their prized Javanese elephants to northeast Borneo due to lack of land and for the elephants to help in hauling logs out of the forest to create fast and long ship vessels. When this lease was signed, most of these timid and largely domesticated small elephants under the employ of Sulu’s shipbuilders and traders were released into the forests so they could live deep inside the jungle away from any feuding sultan who might use them for war. This single act of releasing the pachyderms to the wild made the Bolkiah family of Sulu and their allies the savior of what remaining elephants are left, old locals attest.

In general, Asian elephants are smaller than African elephants and have the highest body point on the head. The tip of their trunk has one finger-like process. Their back is convex or level.

It has become commonplace to refer to the Borneo elephant as a ‘pygmy’ subspecies, although adult elephants of Sabah of both genders are similar in height to their counterparts in Peninsular Malaysia. Five measurements of the skull of a fully adult female elephant from Gomantong Forest Reserve were slightly smaller (72 – 90%) than comparable dimensions averaged for two Sumatran skulls. Few available measurements show that they are of similar size to other populations of the Sunda subregion.

Morphological measurements of fifteen captive elephants from Peninsular Malaysia and of six elephants from Sabah were taken between April 2005 and January 2006, and repeated three times for each elephant and averaged. There was no significant difference in any of the characters between the two captive populations.

They are also remarkably tame and passive, another reason some scientists think they descended from a domestic collection.

Elephants are confined to the northern and northeastern parts of Borneo. In the 1980s, there were two distinct populations in Sabah ranging over the Tabin Wildlife Reserve and adjacent mostly logged dipterocarp forest on steep terrain; and in the hilly interior at about 980 to 4,920 feet (300 to 1,500 meters) altitude in dipterocarp forest, which was largely undisturbed at the time, and only logged at the periphery. In Kalimantan, their range is restricted to a small contiguous area of the upper Sembakung River in the east.

The range of wild elephants in Sabah and Kalimantan seems to have expanded very little in the past 100 years despite access to suitable habitat elsewhere on Borneo. Borneo’s soil tends to be young, leached and infertile, and there is speculation that the distribution of wild elephants on the island may be limited by the occurrence of natural mineral sources.

In 1992, the estimated elephant population size in Sabah ranged from 500-2,000 individuals, based on survey work conducted in the Tabin Wildlife Reserve, in Lower Kinabatangan District and in the Deramakot Forest Reserve. An elephant population census was conducted in Sabah between July 2007 and December 2008, counting dung piles along 216 line transects in five main elephant managed ranges, covering a total distance of 115.65 miles (186.12 km). Results of this survey suggest an elephant population of 1,184–3,652 individuals inhabiting the ranges of Tabin, Lower Kinabatangan, North Kinabatangan, Ulu Kalumpang Forest Reserve and the central forest of Sabah. The elephant density and population size varied throughout the five key ranges affected by (i) conversion of lowland forest; (ii) fragmentation of habitat and (iii) existing land use activities such as logging. The upper catchment of Ulu Segama Forest Reserve had the highest density of elephants with 3.69 elephants per square kilometer (0.39 square mile). Only the unprotected central forest area supported an elephant population of more than 1,000 individuals.

The pre-eminent threats to the Asian elephant today are habitat loss, degradation, and fragmentation, which are driven by an expanding human population, and lead in turn to increasing conflicts between humans and elephants when elephants eat or trample crops. Hundreds of people and elephants are killed annually as a result of such conflicts. Expanding human development disrupts their migration routes, depletes their food sources, and destroys their habitat.

The population of elephants in Kalimantan continues to dwindle as a result of damage to protected forests. As of April 2012, 20 to 80 elephants are estimated to range around 22 villages in the Sebuku subdistrict of Nunukan district in East Kalimantan.

Elephas maximus is listed on CITES Appendix I. The genetic distinctiveness of Borneo elephants makes them one of the highest priority populations for Asian elephant conservation.

In Malaysia, the Borneo elephants are protected under schedule II of the Wildlife Conservation Enactment. Any person found guilty of hunting elephants is liable on conviction to a fine of $RM 50,000 or five years imprisonment or both.

The Oregon Zoo in Portland has the only Borneo elephant in the United States, a 21-year-old female orphan by the name of Chendra, who was found alone, hungry, and injured in the wild after her herd was crop-raided in a palm oil plantation. There were plans to breed Chendra with the zoo’s Indian elephant Tusko.

It has not been resolved whether Borneo elephants are indigenous or have descended from captive elephants presented to the Sultan of Sulu in 1750 by the East India Company and later set free in northern Borneo.

In 2003, the debate was re-opened by a suggestion that the introduced Sulu elephants and the north-east Borneo population might have descended from the now extinct Javan elephant, which was named Elephas maximus sondaicus by Deraniyagala. This hypothesis is based on missing archaeological evidence of long term elephant habitation in Borneo, a corroboration in folklore and that elephants have not colonized the entire island of Borneo.

In 2003, Mitochondrial DNA analysis and microsatellite data indicated that the extant population is derived from Sundaic stock but has undergone independent local evolution for some 300,000 years since a postulated Pleistocene colonization, and possibly became isolated from other Asian elephant populations when land bridges that linked Borneo with the other Sunda Islands and the Asian mainland disappeared after the Last Glacial Maximum 18,000 years ago.

A mahout is an elephant rider, trainer, or keeper. Usually, a mahout starts as a boy in the family profession when he is assigned an elephant early in its life. They remain bonded to each other throughout their lives.

The word mahout derives from the Hindi words mahaut (महौत) and mahavat (महावत), and originally from the Sanskrit mahamatra (महामात्र). Another term is cornac or kornak, which entered many European languages via Portuguese. This word derives ultimately from the Sanskrit term karināyaka, a compound of karin (elephant) and nayaka (leader). In Tamil, the word used is pahan, which means “elephant keeper”, and in Sinhalese kurawanayaka (“stable master”). In Malayalam the word used is paappaan. In Burma, the profession is called oozie; in Thailand kwan-chang (ควาญช้าง); and in Vietnam quản tượng.

The most common tools used by mahouts are chains and the Goad Aṅkuśa (or ankus, anlius) — a sharp metal hook used in the training and handling of the elephant by stabbing the elephant in the head, and in areas like the mouth and inner ear, where the animal is most sensitive.

Elephants, and therefore also mahouts, have long been integral to politics and the economy throughout Southern and Southeastern Asia. The animals are given away per request of government ministers and sometimes as gifts. In addition to more traditional occupations, today mahouts are employed in many countries by forestry services and the logging industry, as well as in tourism.

In India, there has been controversy over elephants attacking mahouts and villagers due to the torture some elephants endure from their mahouts, especially during festivals. More than 90% of the elephants in Kerala, for example, are not obtained legally.

The Singapore Zoo features a show called “elephants at work and play”, where the elephants’ caretakers are referred to as mahouts, and demonstrate how elephants are used as beasts of burden in south-east Asia. The verbal commands given to the elephants by the mahouts are all in Sinhalese, one of the two official languages of Sri Lanka.

A shop display advertising “Mahout” cigarettes features prominently in the background of the “rain dance” sequence of the 1952 Gene Kelly film Singin’ in the Rain. The word mahout also features in the lyrics of the song “Drop the Pilot”, by Joan Armatrading.

George Orwell’s essay “Shooting an Elephant” discusses the relationship of an elephant to its mahout: “It was not, of course, a wild elephant, but a tame one which had gone ‘must.’ It had been chained up, as tame elephants always are when their attack of ‘must’ is due, but on the previous night it had broken its chain and escaped. Its mahout, the only person who could manage it when it was in that state, had set out in pursuit, but had taken the wrong direction and was now twelve hours’ journey away…”

North Borneo issued Scott #141 on July 1, 1909, part of a set of 14 pictorial stamps, mostly released on the same day (Scott #139 — a 3-cent green and black version of a stamp previously issued in deep rose and black — appeared in 1922). All of the stamps were engraved by Waterlow & Sons Ltd. of London on unwatermarked paper and initially perforated 14 (most had later printings in gauges of 13½ and/or 15 as well as a 1926-1928 reissue perforated 12½). There were several overprints and surcharges on these stamps, including several for the Red Cross. The 5-cent yellow brown and black stamp is described by Scott as depicting an “elephant and mahout” while the Stanley Gibbons catalogue says it’s an “Indian elephant”. 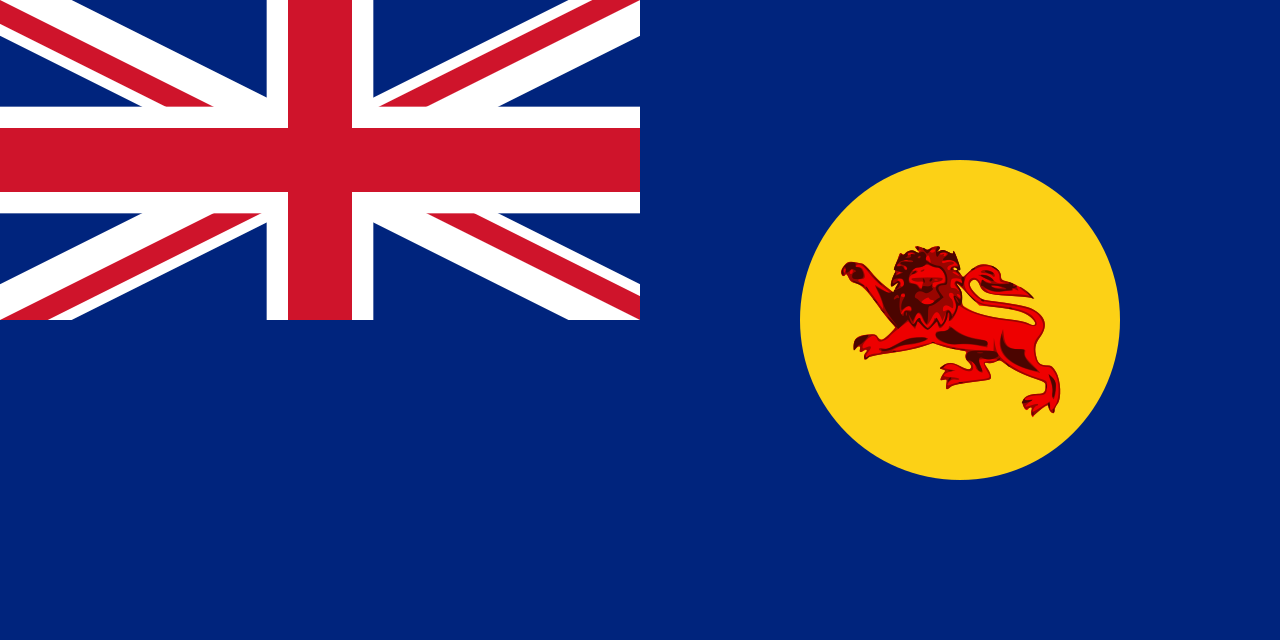