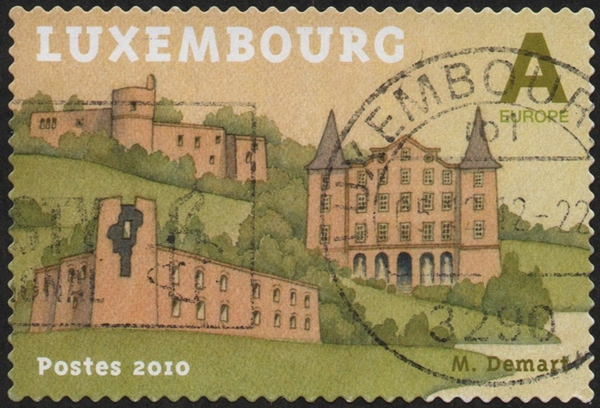 On March 16, 2010, the Duchy of Luxembourg released a pair of stamps portraying six castles along the Eisch (Äisch in Luxembourgish) — a river flowing through Belgium and Luxembourg, joining the Alzette on its left in Mersch. The Luxembourgish part of the Eisch is informally known as the “Valley of the Seven Castles”, for the seven castles that line its route.  I’m not sure why Entreprise des … END_OF_DOCUMENT_TOKEN_TO_BE_REPLACED