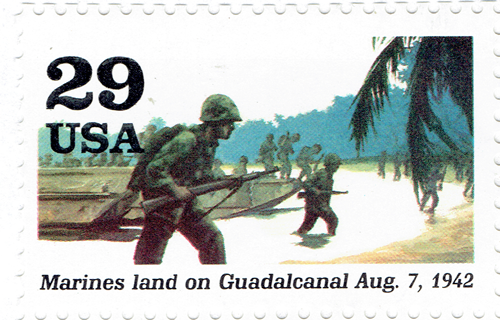 On August 7, 1942, Allied forces, predominantly United States Marines, landed on Guadalcanal, Tulagi, and Florida in the southern Solomon Islands, with the objective of denying their use by the Japanese to threaten Allied supply and communication routes between the United States, Australia, and New Zealand; powerful American and Australian naval forces supported these landings. It was the first major offensive by Allied forces against … END_OF_DOCUMENT_TOKEN_TO_BE_REPLACED