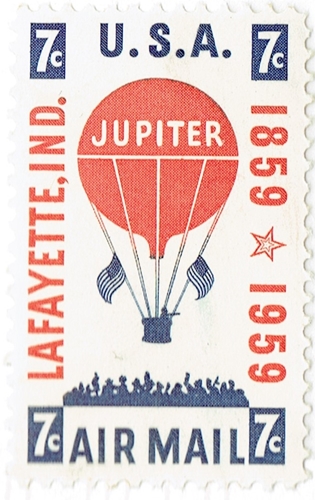 The United States Postal Service commemorated the 100th anniversary of its Air Mail services with two stamps released earlier this year. However, mail had been transported by air long before the Army pilots in their Curtiss Jenny JN-4HM “Jenny” biplanes made their fights on May 15, 1918. The first airmail flight in the United States actually occurred nearly 60 years before in Lafayette, Indiana. While … END_OF_DOCUMENT_TOKEN_TO_BE_REPLACED