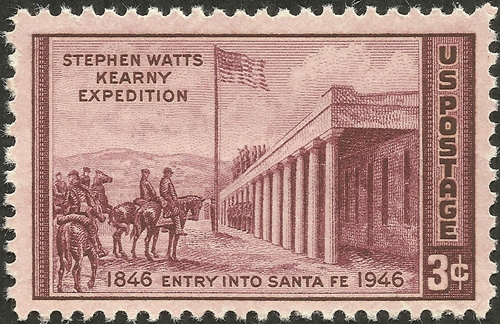 On August 18, 1846, United States Army General Stephen W. Kearny and his troops took possession of Santa Fe — the capital of the Mexican Province of Nuevo México — graciously if sadly welcomed by acting governor Juan Bautista Vigil y Alarid. This Capture of Santa Fe is also known as the Battle of Santa Fe or the Battle of Cañoncito, despite no shots having been … END_OF_DOCUMENT_TOKEN_TO_BE_REPLACED