In the earliest stamp albums introduced in the 1860s, stamps were adhered to the pages using either their own gum (as if put on an envelope) or glue. Stamp hinges — small, folded, transparent, rectangular pieces of paper coated with a mild gum — were introduced soon after, allowing stamps to be removed without major damage to either the stamp or the album page. In the second half of the 20th century, stamp mounts were introduced. Mounts typically hold the stamp between two layers of plastic, with the front layer transparent, and are attached to an album page, allowing the stamp to be displayed without an adhesive touching the stamp. When properly used, mounts allow the stamp to be removed from the album in the same condition in which it was inserted. An album in which the mounts are affixed at the factory, either as mounts for individual stamps or as larger strips, is called “hingeless”.

When using stamp hinges, the short end is moistened and affixed to the stamp, the long end is likewise affixed to the page. The hinge keeps the stamp on the page while still allowing it to be lifted to examine the back, for instance to see the watermark or expert marks.

Stamps are referred to by the following abbreviations in relation to hinges or lack thereof:

The best stamp hinges are also designed to be “peelable”, meaning that the stamp may be removed from the page, and the hinge from the stamp, without any damage to either. Not all makes of hinge have this property, and the backs of many stamps have “hinge remnants”, where the hinge has torn away rather than releasing the stamp. This is especially common for mint stamps, where the stamp’s own gum adheres tightly to the hinge. Some old stamps may actually have multiple hinge remnants layered on top of each other. Conversely, careless removal of a hinge may take away a layer of the stamp’s paper, resulting in a type of stamp thin known as a hinge thin. The thinner paper will be noticeable when the stamp is held up to the light and is considered a serious fault in a stamp.

Even with the use of peelable hinges and care to minimize the moisture used, the hinge will leave a visible disturbance in the gum of an unused stamp. While this was formerly a matter of indifference, since about the middle of the 20th century many collectors have come to prefer MNH stamps showing no trace of hinging. In some cases, the price differential is 2-to-1 or more, resulting in the quip that the “gum on the back of a stamp is the most valuable substance in the world”. Collectors preferring never-hinged stamps typically use pocket-like or sleeve-like hingeless mounts. Nevertheless, stamp hinges remain popular as a mounting method.

The hingeless stamp mounts are a step up from using stamp hinges. There is a trade off, however, when it comes to mounts versus hinges. The mounts cost more than the hinges and one must find those mounts the correct size for the stamps to fit. Some manufacturers of mounts make the latter process a bit easier by listing the stamp types on the packaging or their price lists. Some online dealers have a tool whereby you can enter the Scott catalogue number of the stamp would like to purchase a mount for and the search results will give the correct size. When measuring stamps yourself, it is a good idea to add 5 millimeters to both the height and width of the stamp in order to find the mount in which it will fit the best.

Stamp mounts are sold both in pre-cut sizes and long strips that you cut yourself. Strips can be cut with scissors and there are also special mount-cutters sold by dealers that make perfect cuts. There are also two different types of backgrounds on mounts, either black or clear. Which type you use is up to your personal taste.

I have never seen a stamp that actually pictures either stamp hinges or mounts. I certainly don’t have any in my collection and I spent hours on sites such as Colnect and WNS looking for something that might qualify. I’m certain, I will receive an email ten minutes after publishing this article with an example showing one or the other, probably both together on one stamp! Perhaps I will design one for my local post at some point.

At any rate, the stamp pictured today has nothing to do with hinges or mounts other than the fact that they will be needed should somebody want to place a copy in their own album. My copy is currently in a stock book but that may change. Still, I’ve wanted to relate the story of the Faroese postman as seen on Scott #23, released by the Faroe Islands in 1976, for quite some time but an article giving the history of letter carriers (or postmen, mailmen, posties, etc. as you prefer) already appeared on ASAD. This, I suppose, is as good as any place to tell it. 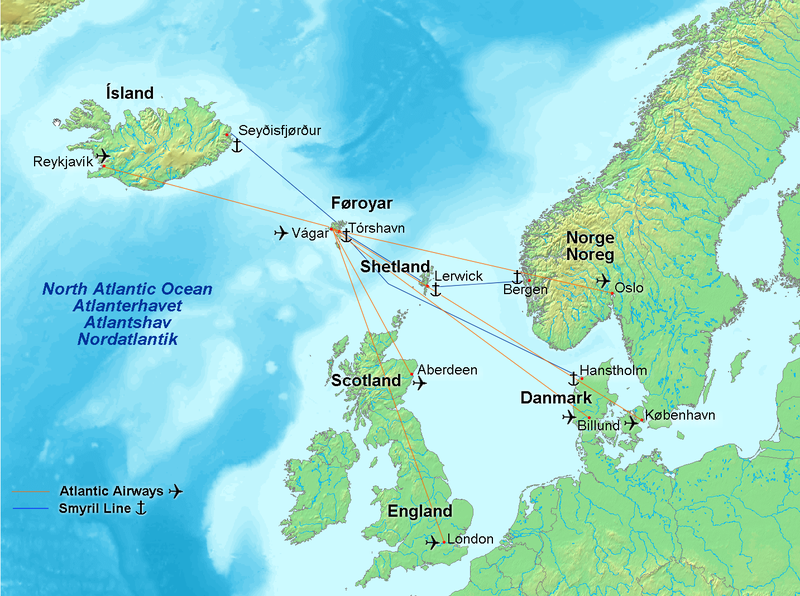 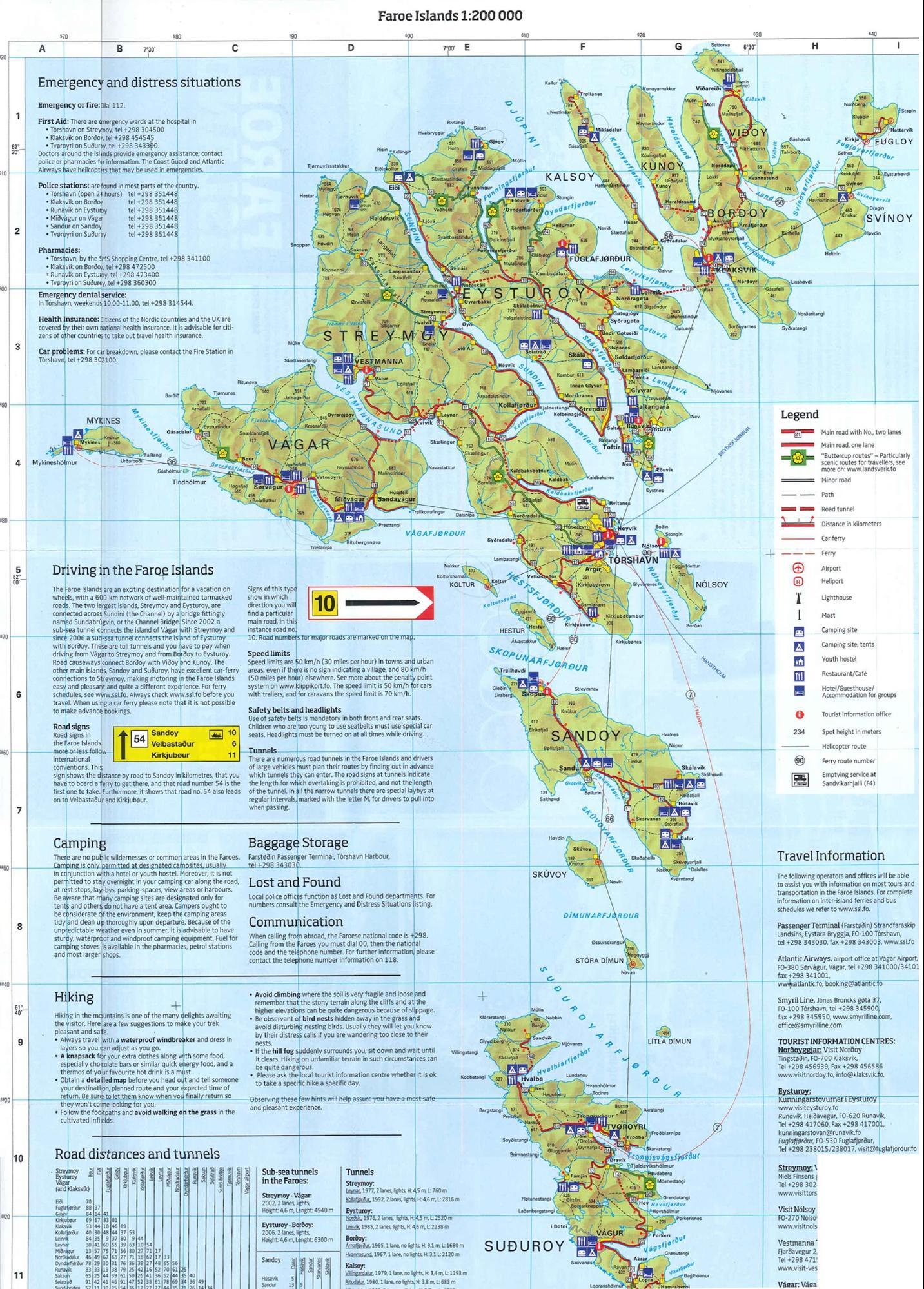 The Faroe Islands (Føroyar in Faroese, or Færøerne in Danish) have long held a fascination for me, both from a philatelic standpoint and a destination on my bucket list. A self-governing country within the Kingdom of Denmark since 1948, the relatively remote archipelago lies between the Norwegian Sea and the North Atlantic approximately halfway between Norway and Iceland, 200 miles (320 kilometers) north-northwest of mainland Scotland. The land is rugged and has a subpolar oceanic climate: windy, wet, cloudy and cool. Despite its northerly latitude, temperatures average above freezing throughout the year due to the Gulf Stream. Between 1035 and 1814, the Faroe Islands were part of the Hereditary Kingdom of Norway. The 1814 Treaty of Kiel granted Denmark control over the islands, along with two other Norwegian regions: Greenland and Iceland.

Postal history in the Faroes originated in the 17th century with the Skjútsur (from the Danish skyds, conveyance). This was a land-and-sea communication system that actually had its roots in a 13-century law pertaining to the travel of public officials. One of its tenants were the requirement that villages provide escorts for government officials between one village to the next. Most of the trails at the time (and a few even today) were by foot over mountain trails and by boat between the various islands. There were six-man row boats with an extra seat for a clergyman or official who traveled free of charge. The system officially began carrying the mail in 1798 with official correspondence sealed with stamped with the initials K.T. (Kongelig Tjeneste, Danish for “On Royal Service”).

Denmark issued its first postage stamps on April 1, 1851, but none of the mail conveyed by the Skjútsur system bore any stamps at all, nor did they have postmarks or written notations as to the rates paid. Three rates were established in 1865 for letters from clergymen (lowest), other officials, and private persons (highest). Express delivery was also possible with a written inscription. The system continued until circa 1925.

The first post office in the Faroe Islands opened at the capitol of Tórshavn on March 1, 1870. Three postal routes were established in 1872, each with one postman who covered his route seven times per year. The land portion of each route began at the post office in Tinganes on the Tórshavn waterfront. Transport between islands continued by the once obligatory but now paid-for village row boats.

Scott #23 was released on April 1, 1976, part of a set of three stamps marking the inauguration of the independent postal service of the Faroe Islands, Postverk Føroya. The 800-ore olive stamp depicting an overland postman of the early 20th century. Beautifully engraved by the master, Czeslaw Slania, the stamp was recess printed in a quantity of 1,613,700, perforated 12¾ x 13. Today, only one overland footpost route remains, that between Sørvágur and Gásadalur on the island of Vágar.

Upon the opening of the post office in Tórshavn on March 1, 1870, H.C. Müller was placed in charge of its management. Müller was the local sýslumaður (often translated as district commissioner, sheriff or magistrate in English) on the southern part of Streymoy. It would be fourteen years before the second post office was opened on Tvøroyri, which was also placed under the management of the local sýslumaður. A third post office was opened on May 1, 1888, in Klaksvík on the island of Borðoy. Three additional post offices were opened in 1903 and fifteen in 1918. By the late 1920s, offices had been opened in essentially all of the settlements within the Faroes.

A description of the original routes established in 1872 can make for interesting reading. The first was the route from Tórshavn to Klaksvik which began with a short walk to Hvítanes, followed by row boat to Toftir on the island of Eysturoy. From there, the postman had to make an overland trek to Leirvík and then take another boat to Klaksvik, delivering the local mail to the sheriff and letters for other destinations to a local shop where people could retrieve their mail at a later date. The postman’s route then took him over rugged mountain trails to Norðdepil on the eastern side of Borðoy island. Traveling from there to Hvannasund on Viðoy island by boat, he next walked to Viðareiði where he took a well-earned rest before retracing the route back to Tórshavn.

The route to Suðuroy involved more time on boats. Between 1896-1903, some of the mail on this route was handled by the Smyril which had a cancelling device on board and starting in 1904 the postman acquired a motorized boat. Much of the third route was overland, involving a walk northwest to Kvívík and Vestmanna, a short boat crossing to Oyrargjógv on Vágar, and a hike over the mountain to Sandavágur.

The postmen on each route usually delivered mail to the local sheriffs until post offices were established in the various villages. The existing routes were changed or lengthened in order to reach additional villages as needed with more added over time. Occasionally, postmen used their own horses as pack animals but the Faroe Islands never had an official horse post like Ireland.