Clyde Lensley McPhatter was born in the community of Hayti, in Durham, North Carolina on November 15, although the year is disputed. Some sources cite 1932. Author Colin Escott cites 1931, stating that “most biographies quote 1933 or 1934, although government documents cite the earlier year”. He would later become an American rhythm and blues, soul and rock and roll singer. He was one of the most widely imitated R&B singers of the 1950s and early 1960s and was a key figure in the shaping of doo-wop and R&B.

McPhatter’s high-pitched tenor voice was steeped in the gospel music he sang in much of his early life. He was the lead tenor of the Mount Lebanon Singers, a gospel group he formed as a teenager. He was later the lead tenor of Billy Ward and his Dominoes and was largely responsible for the initial success of the group. After his tenure with the Dominoes, Ahmet Ertegün, founder of Atlantic Records and Jerry Wexler, eagerly signed McPhatter to Atlantic on the condition that he form his own group. McPhatter promptly assembled a group and called them the Drifters. They recorded a few tracks in June 1953, including a song called “Lucille,” written by McPhatter himself. This group of Drifters did not have the sound Atlantic executives were looking for however, and Clyde was prompted to assemble another group of singers.

The revised lineup recorded and released such hits as “Money Honey,” “Such a Night,” “Honey Love,” “White Christmas” and “Whatcha Gonna Do,” with the record label displaying the group name “Clyde McPhatter & the Drifters” on the first two singles, later changed to “The Drifters featuring Clyde McPhatter”.

In late 1954, McPhatter was inducted into the U.S. Army and assigned to Special Services in the continental United States, which allowed him to continue recording. After his tour of duty, he left the Drifters and launched a solo career. The Drifters continued as a successful group, but with many changes in personnel, and the group assembled by McPhatter was long gone by the time of their greatest successes after he left the group. The initial members of the Drifters McPhatter assembled were mostly from the Mount Lebanon Singers.

Upon his departure from The Drifters, McPhatter unwisely sold his share of the group to the band’s manager George Treadwell, a decision that he later came to regret, after realizing that he caused his fellow musicians to experience unprofitability and the group essentially became a revolving door line-up with recycled members on a ridiculous $100 weekly salary and paid virtually no royalties.

Just after his military discharge, McPhatter recorded his first solo hit, “Love Has Joined Us Together”, with Ruth Brown. He released several R&B recordings in the next few years, including “Rock and Cry”, “Seven Days” (later a bigger hit for Tom Jones), “Treasure of Love”, “Let Me Know”, “Just to Hold My Hand”, and his biggest solo hit, “A Lover’s Question,” written by Brook Benton and Jimmy T. Williams, which peaked at number 6 in 1958. The song “Lover Please,” written by the country artist Billy Swan, was released in 1962. McPhatter’s 1956 recording “Treasure of Love” was his first number 1 hit on the R&B charts as a solo artist and spent one week in the UK Singles Chart. It reached number 16 on the U.S. pop charts, sold over two million copies in the United States alone, and was awarded a gold disc by the RIAA.

After leaving Atlantic Records, McPhatter then signed with MGM Records and released several more songs, including “I Told Myself a Lie” and “Think Me a Kiss” (1960) and his first single for Mercury Records, “Ta Ta.”[citation needed] His tenure on these labels proved to be less fruitful than his time with Atlantic. He moved to other record labels and recorded more singles, including “I Never Knew” and his final Top Ten hit, “Lover Please”, which made it to number 7 in 1962. After “Lover Please”, McPhatter’s career took a downward turn, as musical styles and tastes were constantly changing during the 1960s. He turned to alcohol abuse, sporadically releasing recordings that failed to chart.

In 1968, McPhatter moved to England, where he still had something of a following, utilizing the UK band ICE as backup. 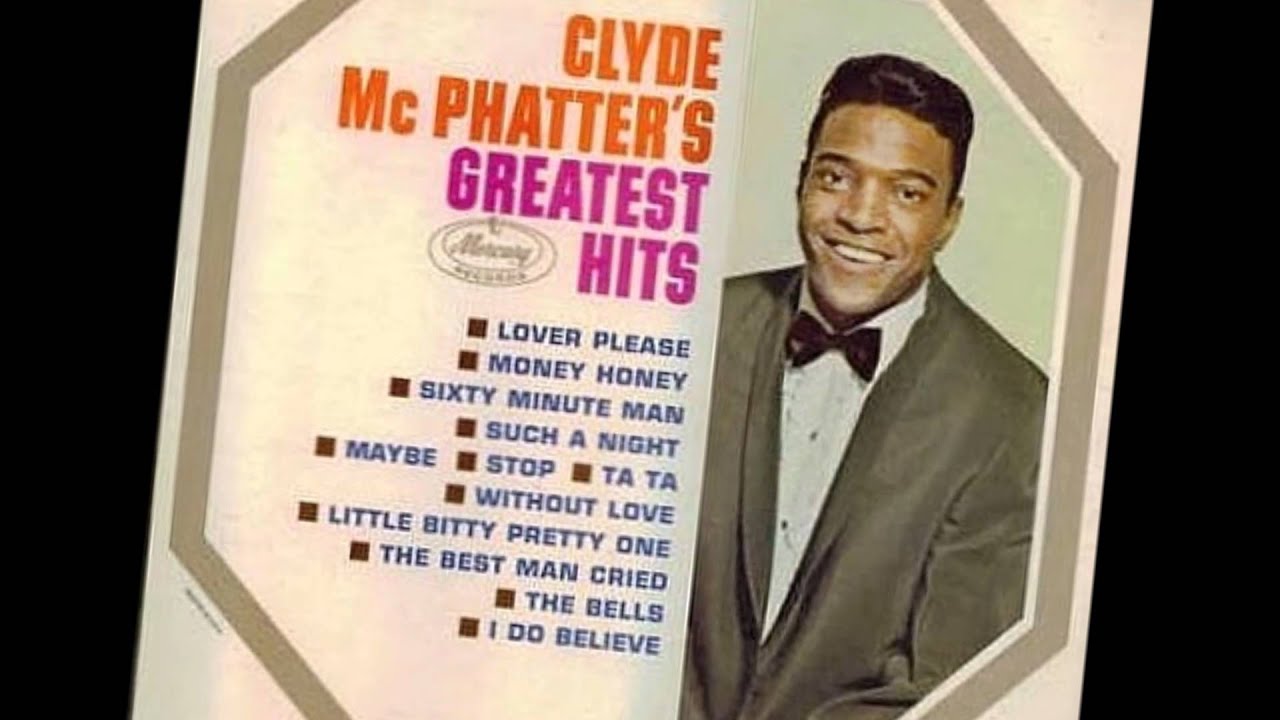 McPhatter returned to the U.S. in 1970, making a few appearances in rock-and-roll revival tours, but lived mostly as a recluse. Hopes for a major comeback with a Decca album were crushed on June 13, 1972, when he died in his sleep at the age of 39, of complications of heart, liver, and kidney disease, brought on by alcohol abuse — abuse fueled by a failed career and resentment he harbored towards the fans he felt deserted him. In his interview with journalist Marcia Vance, McPhatter said, “I have no fans.” He died at 1165 East 229th Street, Bronx, New York, where he had been living with Bertha M. Reid. They were traveling together as he tried to make a comeback. McPhatter was a resident of Teaneck, New Jersey, at the time of his death. He was buried at George Washington Memorial Park in Paramus, New Jersey.

Only 39 at the time of his death, he had struggled for years with alcoholism and depression and was, according to Jay Warner’s On This Day in Music History, “broke and despondent over a mismanaged career that made him a legend but hardly a success.”

On June 16, 1993, the United States Postal Service celebrated Rock & Roll and Rhythm & Blues music with a sheet of thirty-five (Scott #2724-2730) and a booklet of thirty 29-cent stamps (Scott #2731-2737). The stamps went on sale  in Cleveland, Ohio, and Santa Monica, California, and feature legendary rock & roll performers Bill Haley, Buddy Holly, Clyde McPhatter, Elvis Presley, Otis Redding, Ritchie Valens, and Dinah Washington. They were among the Postal Service’s most culturally diverse issues ever. They present a multi-ethnic portfolio of white, black, and Hispanic performers whose careers span the evolution of America’s own special brand of music.

The Rock & Roll/Rhythm & Blues commemorative stamps were a part of the Postal Service’s Legends of American Music Series, which began earlier that year with the Elvis Presley stamp. The series ran for several years, featuring great performers from all genres of American music, including jazz, blues, and popular music.

Mark Stutzman designed the Presley, Holly, Haley, and Valens stamps. John Berkey designed the Redding, Washington, and McPhatter stamps. Stamp Venturers, Inc., produced the stamps in the photogravure process in a quantity of 14,285,715 of the sheet stamps, perforated 10. Multicolor Corporation printed 395,364,000 of the booklet stamps for the American Bank Note Company, perforated 11 horizontally. There were 32,947,000 copies of the Clyde McPhatter booklet stamp (Scott #2733) printed.