Basalt Island (火石洲)  is an island of Hong Kong, administratively part of the Sai Kung District. Together with Wang Chau and Bluff Island, it forms the Ung Kong Group and is part of the Hong Kong Global Geopark. It is located south of Town Island and Wang Chau, east of Bluff Island and north of the Ninepin Group. Its highest elevation is 174 m.

On December 23, 1948, Basalt Island was the site of the first commercial airliner crash in Hong Kong, in which all 28 passengers, including five women, one child and seven crew, were killed. CNAC flight XT-104 from Shanghai to Hong Kong Kai Tak Airport was operated by a C-54 Skymaster. Fog over the island was the official cause of the crash. Quentin Roosevelt II, the grandson of American president Theodore Roosevelt and then Senior Vice President of China National Aviation Corporation (CNAC), and Paul Yung, elder brother of Rong Yiren who was later to become Vice-President of the People’s Republic of China, were among the casualties.

Most traces of the crash have been erased by swells and typhoons, although some debris remains near the crash site. An air disaster monument remains on the island to recall this tragic accident. 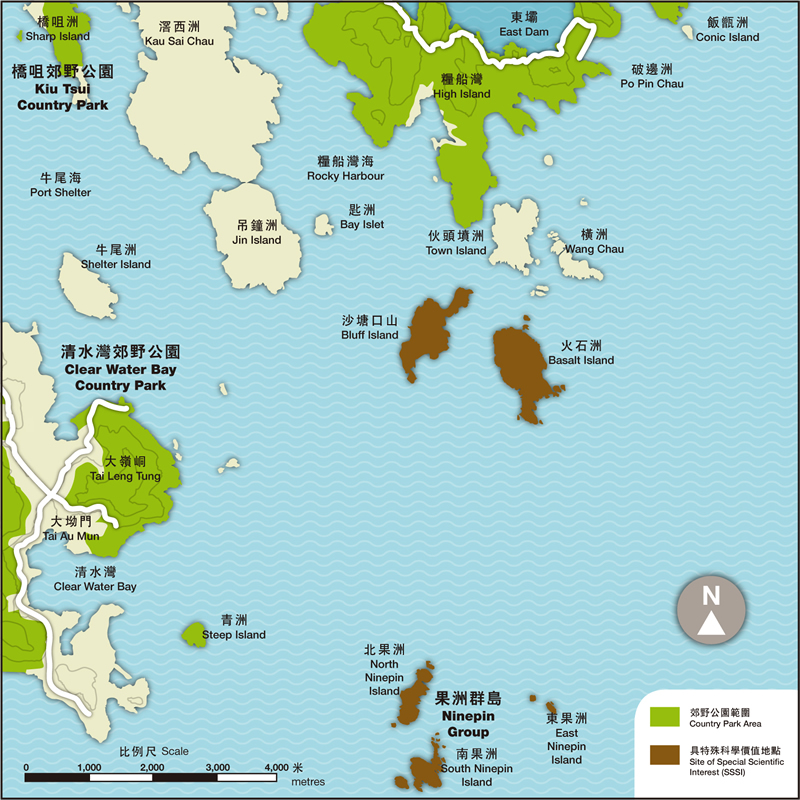 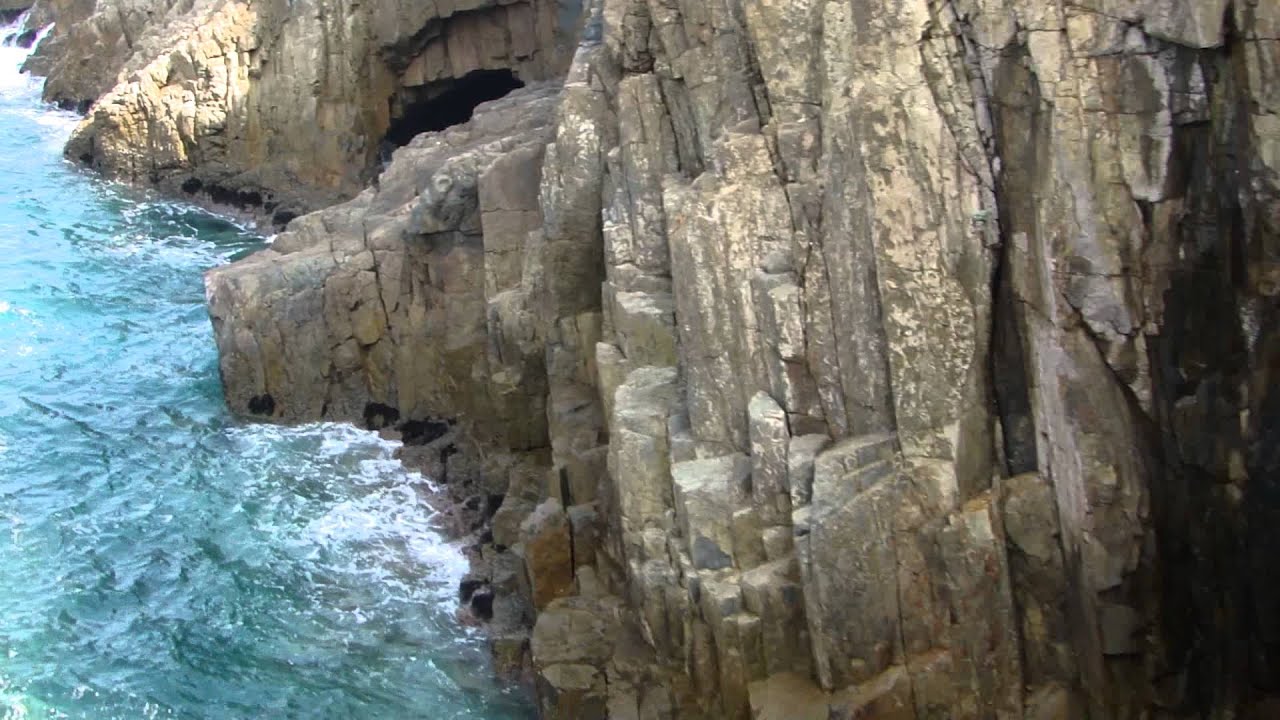 The island was zoned as a Site of Special Scientific Interest in 1979. Like Bluff Island and Wan Chau, the outcropped stratum of Basalt Island is part of the Early Cretaceous Kau Sai Chau Volcanic Group. The island has very well developed sea stacks, island reefs and wave-cut bays which clearly demonstrate the impacts of wave erosion on the environs. Waves, in forms of erosion, abrasion and dissolution, cause devastating damage to the shores. Given that the Kau Sai Chau Volcanic Group is full of columnar joints and fissures, impacts of pounding waves on rocks are particularly obvious. Meanwhile, continuous abrasion by sand and gravel carried by waves has brought changes to the shores and submerged bedrock, sculpting an amazing array of precipitous cliffs and spectacular landforms. In geology, wave cut action is one example of exogenous effect. The islands and wave-cut terrains in the Basalt Island region are excellent showcases that reveal how of this geological process modified geomorphology.

As there are many outlying islands in Sai Kung, it is recommended to hire a boat at Sai Kung pier and sail around Jin Island (Tiu Chung Chau), Bluff Island, Basalt Island, Wang Chau and other islets.