The Lower Oder Valley International Park (Internationalpark Unteres Odertal in German and Międzynarodowy Park Dolina Dolnej Odry in Polish) is a shared German-Polish nature reserve. It comprises the western banks of the Oder river within the Uckermark district in the German state of Brandenburg as well as the steep eastern banks in the Gryfino and Police counties of the Polish West Pomeranian Voivodeship further north. 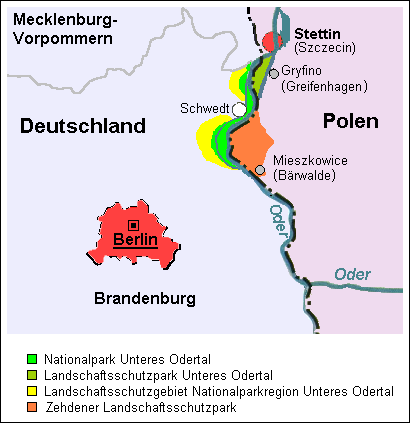 The flat western shore of the Oder features several levees, which in order to control the water level and to prevent high floods are regularly opened in winter and spring. The water flows freely into extensive floodplains covered until April when the dikes are closed again and the remaining water is drained. 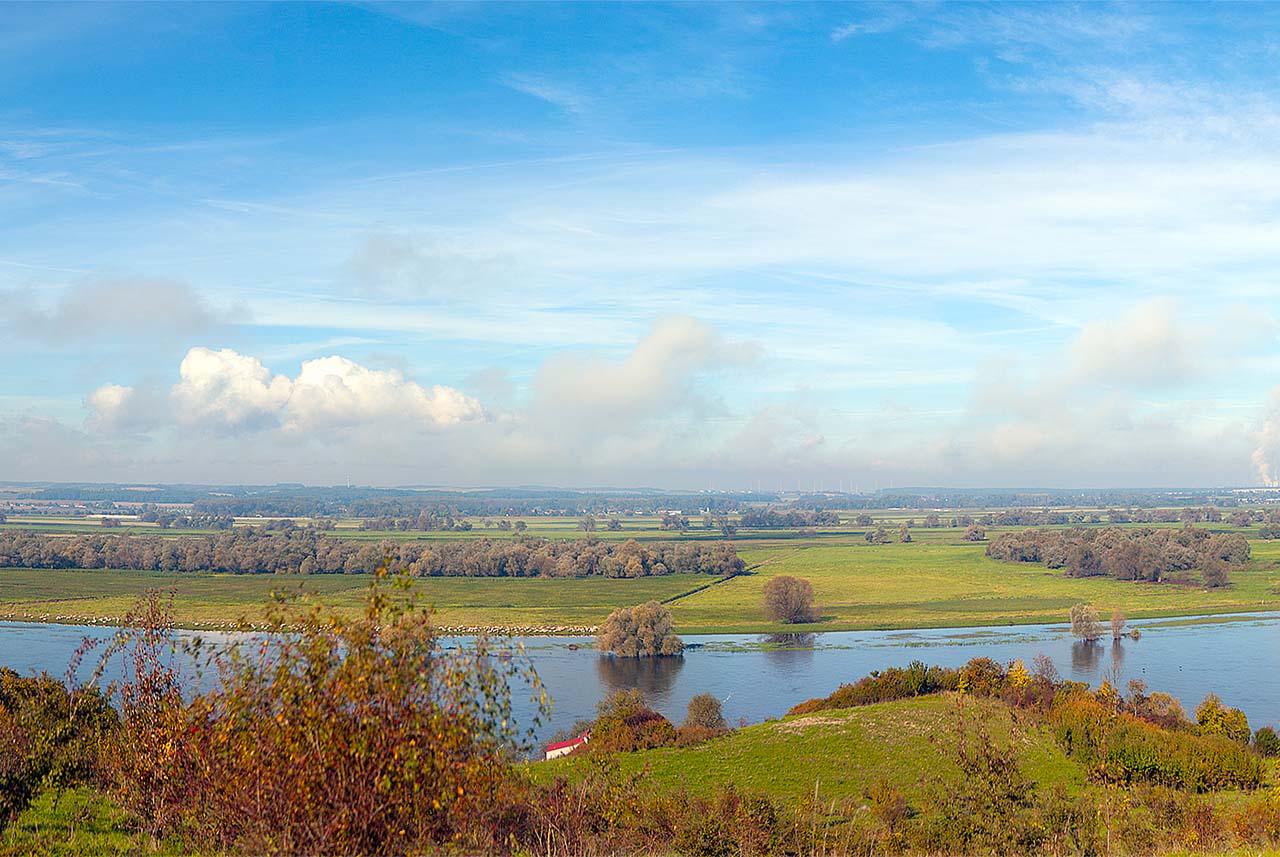 There is a Special Protection Area (SPA) for birds. These plains are habitats for birds such as the black stork, the aquatic warbler, and the corn crake. There are animals such as the European otter and the European beaver. Plants include the submediterranean pubescent oak.

The police are allowed to collect fines (Verwarnungsgeld) for most minor traffic offenses on the spot. If you don’t have enough cash on hand, you can usually pay with a credit/debit card. If you are unable or unwilling to pay (you have the legal right to do so), your vehicle may be impounded (at additional cost to you), although in most cases you will probably be issued a citation to appear in court later.

Scott #2246 was issued by Germany on June 12, 2003 as a single-stamp souvenir sheet picturing the Lower Oder Valley National Park. The 55-euro cent stamp was printed using offset lithography in a quantity of 7,000,000 stamps with frame perforations measuring 13 x 13½.