On of the things that I find most interesting about Christmastime is the myriad of different traditions — both religious and secular — that have occurred throughout the history of observing the holiday. Huge differences in iconography, food, decorations, gifts, etc. exist to this day amongst different nations and even regions within those countries. It is through stamps that we can learn of ways in which the season is celebrated elsewhere. For example, when I first read a description about the set of Christmas stamps issued in 1997 marking the 150th anniversary of the Christmas cracker, I assumed they were referring to the flat, dry baked food typically made with flour (sometimes called water biscuits in British English). When I first obtained used copies of some of the stamps, I thought: “Ah, they mean big firecrackers!”. It wasn’t until recently that I learned what these really are.

Christmas crackers — also known as bon-bons in some regions of Australia — are part of Christmas celebrations primarily in the United Kingdom, Ireland and Commonwealth countries such as Australia, Canada, New Zealand and South Africa. A cracker consists of a segmented cardboard tube wrapped in a brightly decorated twist of paper with a prize in the central chamber, making it resemble an oversized sweet-wrapper. The cracker is pulled apart by two people, each holding an outer chamber, causing the cracker to split unevenly and leaving one person holding the central chamber and prize. The split is accompanied by a mild bang or snapping sound produced by the effect of friction on a shock-sensitive, chemically impregnated card strip (similar to that used in a cap gun). One chemical used for the friction strip is silver fulminate. The Transportation Security Administration (TSA) lists English Christmas Crackers as an item prohibited from being brought onto an aircraft.

Assembled crackers are typically sold in boxes of three to twelve. These typically have different designs usually with red, green, and gold colors. Making crackers from scratch using tissue paper and the tubes from toilet rolls is a common activity for children.

Crackers are typically pulled at the Christmas dinner table or at parties. In one version of the cracker tradition, the person with the larger portion of cracker empties the contents from the tube and keeps them. In another, each person has their own cracker and keeps its contents regardless of whose end they were in. Typically these contents are a colored paper hat, a small toy, a small plastic model or other trinket and a motto, a joke, and a riddle or piece of trivia on a small strip of paper. The paper hats, with the appearance of crowns, are usually worn when eating Christmas dinner. The tradition of wearing festive hats is believed to date back to Roman times and the Saturnalia celebrations, which also involved decorative headgear. 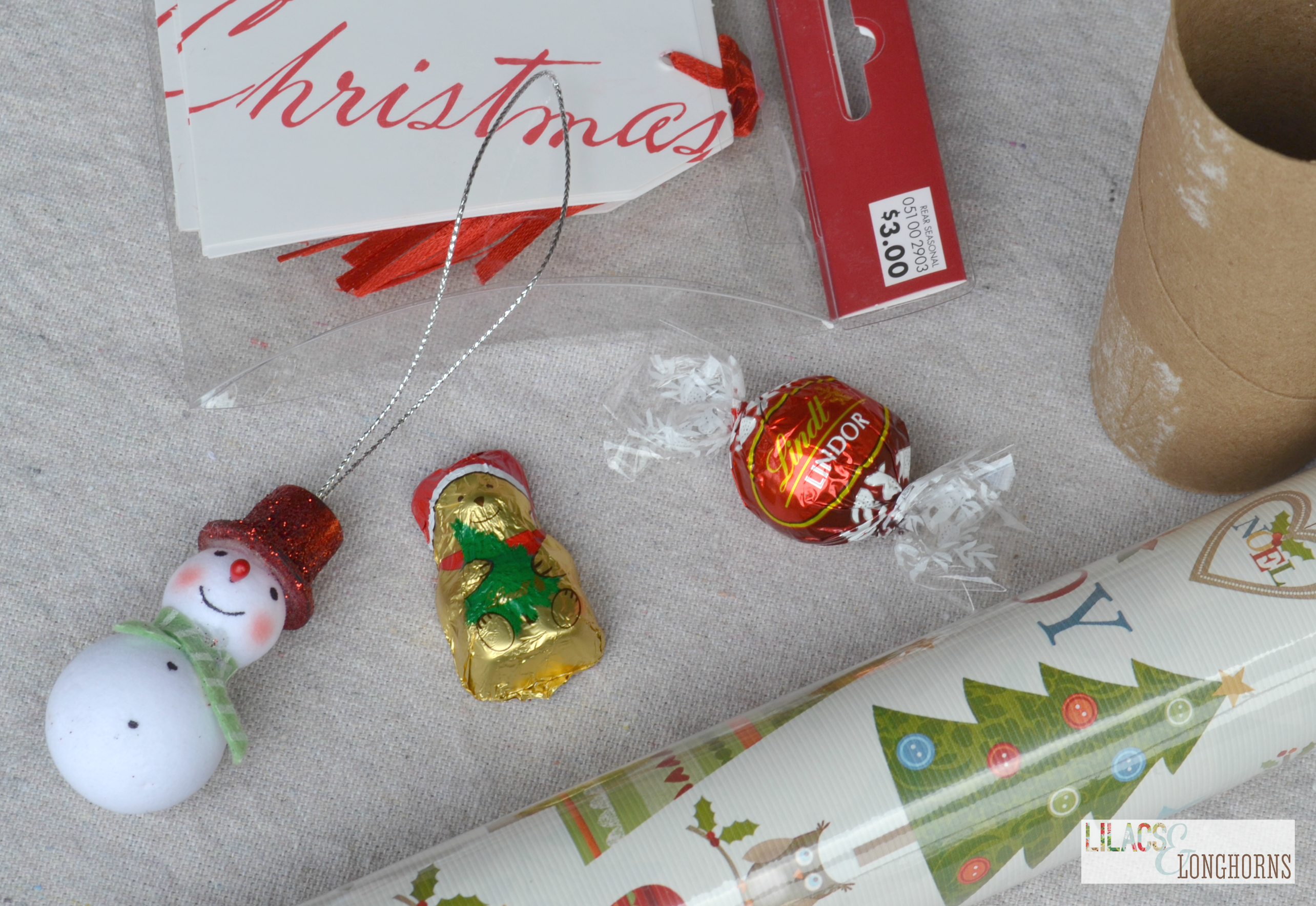 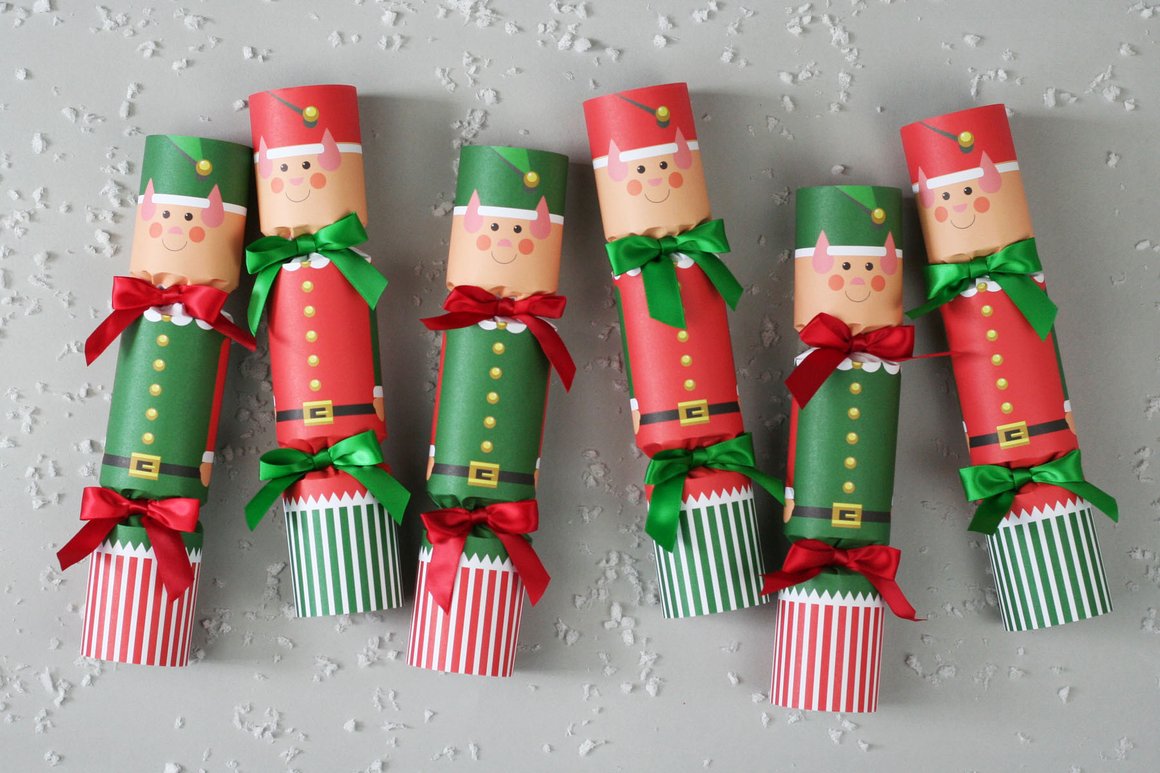 Christmas crackers are also associated with Knut’s parties. Also called a Knut’s dance (Julgransplundring in Swedish which literally means “Christmas tree plundering”) is a tradition in Sweden on St. Knut’s Day (January 13). The date marks the end of the Christmas and holiday season, which includes Advent Sunday, Saint Lucy’s Day, Christmas, New Year and Epiphany. It is also known as “Dancing out Christmas” (Dansa ut julen) or “Throw out the Tree” (Kasta ut granen).

Traditionally since the 17th century, Christmas ends on the 20th day after Christmas in Sweden. The feast held in connection to this was originally in celebration of the Danish duke Canute Lavard. During the Middle Ages, the celebration shifted to the martyred King Canute IV of Denmark, patron saint of Denmark and Knutsgillen (“Knut’s guilds”), a form of Medieval trading companies. The guilds sometimes organized balls and the Swedish word for the gatherings, gille, may have influenced the tradition of the feasting since it also means “party”. It is mentioned in the Old Farmer’s Almanac that “King Knut asked them for help to drive out Christmas”. In the old Swedish agrarian society, children would run from farm to farm to “call out Christmas” (ropa ut julen), that is call out that Christmas had ended and beg for food and drink.

The present day tradition has changed very little since the 1870s. During the 20th century, the Knut’s party became mainly associated with children and candy. The observance of the feast peaked during 1950–1970. Party activities involve singing and dancing around the Christmas tree, “looting” the tree of ornamental candy and apples, smashing the gingerbread house into pieces and eating it, opening Christmas crackers that have been used as decorations in the tree, lotteries, creating a fiskdamm (“fishing pond”) where children will “fish” for toys and candy or a treasure hunt. The songs and dances are essentially the same as those performed at Christmas and Midsummer, and some songs with verses about the end of Christmas, such as Raska fötter springa tripp, tripp, tripp, may especially emphasize such verses. 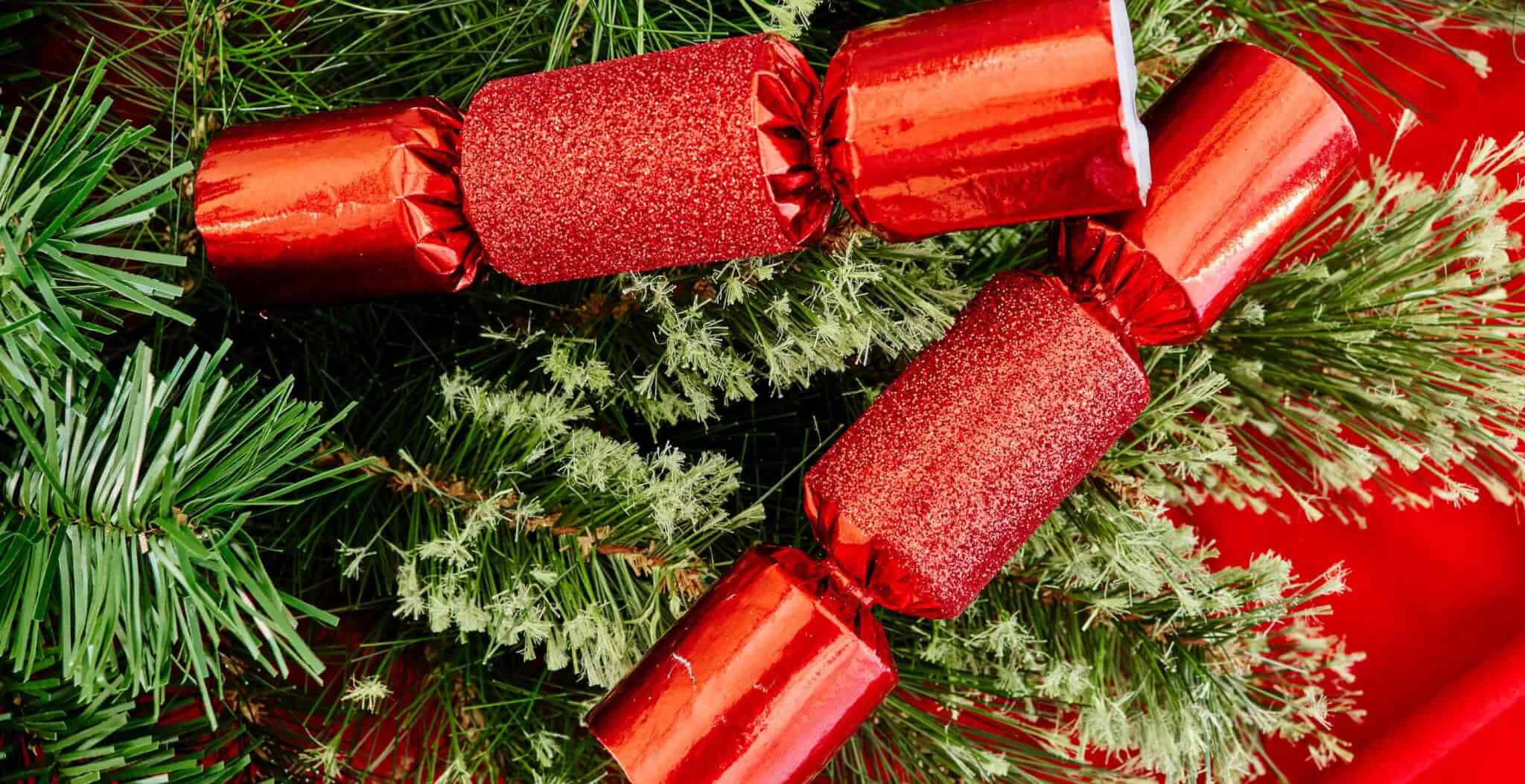 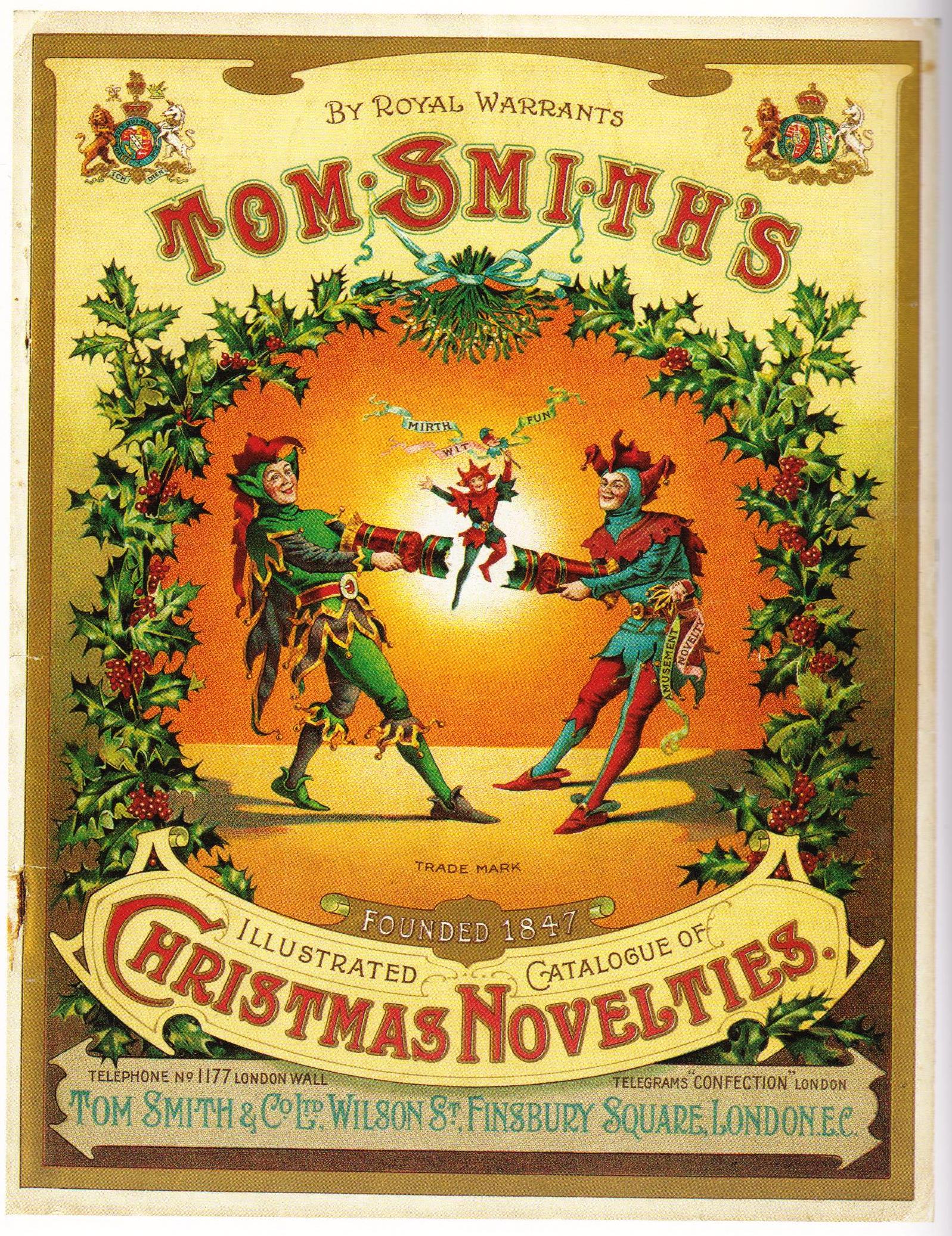 The Oxford English Dictionary records the use of cracker bon-bons and the pulling of crackers from the early 1840s. Tradition tells of how Tom Smith of London invented crackers in 1847. He created the crackers as a development of his bon-bon sweets, which he sold in a twist of paper (the origins of the traditional sweet-wrapper). As sales of bon-bons slumped, Smith began to come up with new promotional ideas. His first tactic was to insert “love messages” into the wrappers of the sweets (cf. fortune cookies).

Smith added the “crackle” element when he heard the crackle of a log he had just put on a fire. The size of the paper wrapper had to be increased to incorporate the banger mechanism, and the sweet itself was eventually dropped, to be replaced by a trinket: fans, jewellery and other substantial items. The new product was initially marketed as the Cosaque (i.e., Cossack), but the onomatopoeic “cracker” soon became the commonly used name, as rival varieties came on the market. The other elements of the modern cracker —  the gifts, paper hats and varied designs — were all introduced by Tom Smith’s son, Walter Smith, to differentiate his product from the rival cracker manufacturers which had suddenly sprung up. Tom Smith merged with Caley Crackers in 1953. 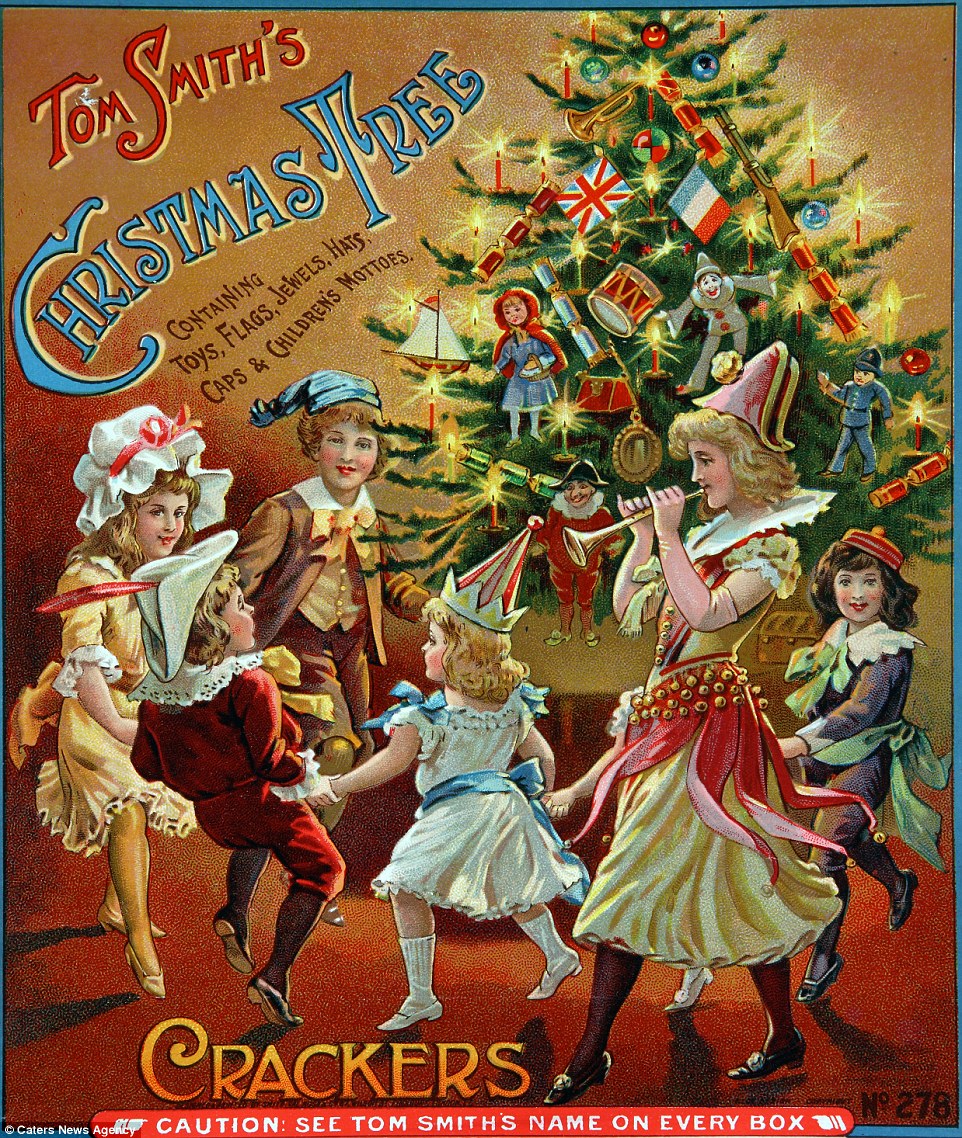 At the turn of the century, Tom Smith produced crackers not only for the Christmas season but also to celebrate every major occasion from The Paris Exhibition in 1900 to War Heroes in 1918 and The World Tour in 1926 of Prince Edward, The Prince of Wales. Contents were tailored to each box; grotesque or artistic masks, puzzles, conundrums, tiny treasures, jewels, games and mottoes, and most of the beautifully illustrated boxes, crackers and hats, from fezzes to sheiks” head dresses, were made by hand. The fully illustrated catalogues which date back to 1877 provide an exceptional visual history of British social and political evolvement over an entire century.

A few years following the death of Tom Smith, his son Walter erected a drinking fountain in Finsbury Square in memory of his mother, Mary, and to commemorate the life of the man who invented the great British cracker.

The longest Christmas cracker pulling chain consisted of 1081 people and was achieved by The Harrodian School in Barnes, London, UK, on December 10, 2015. 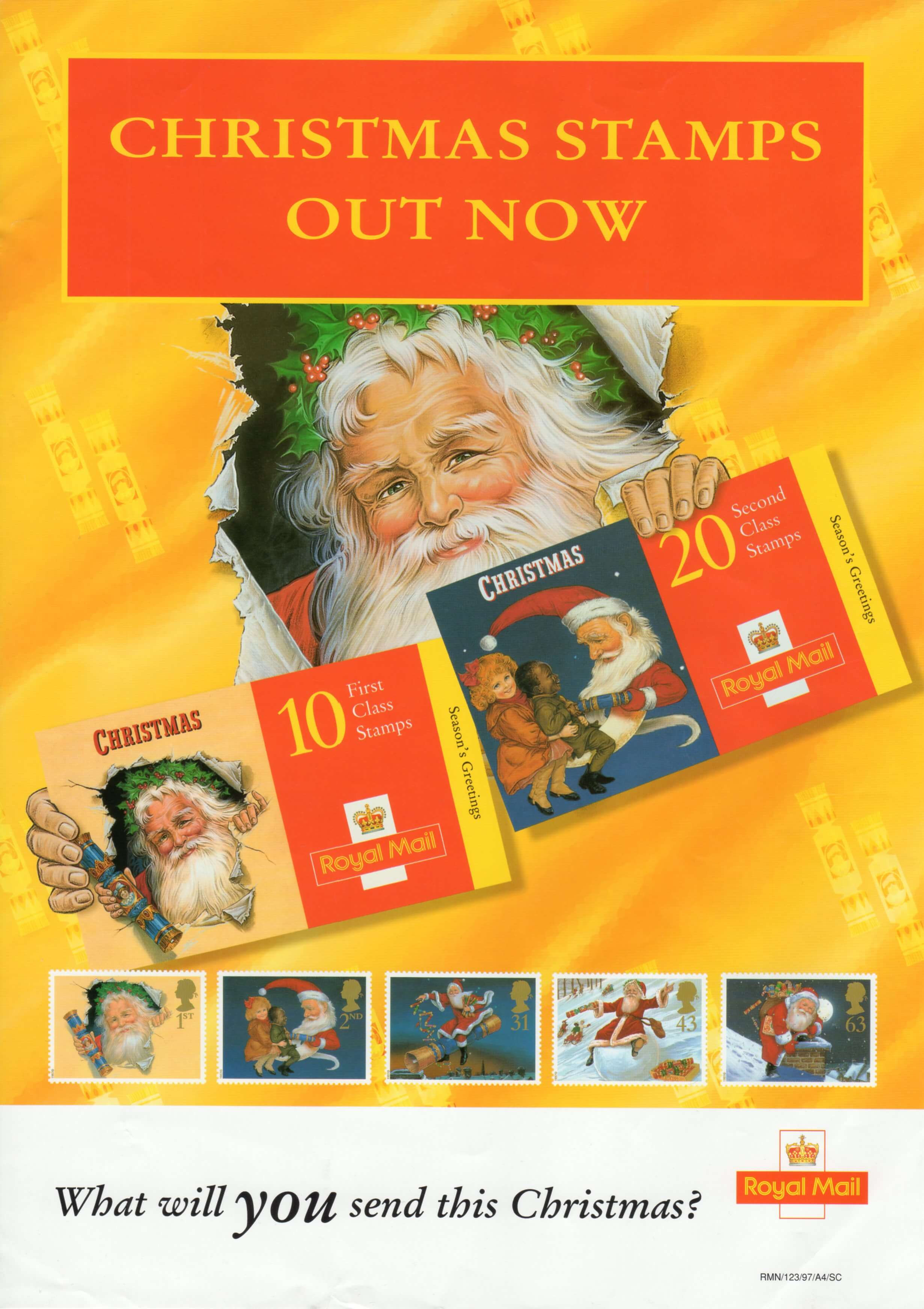 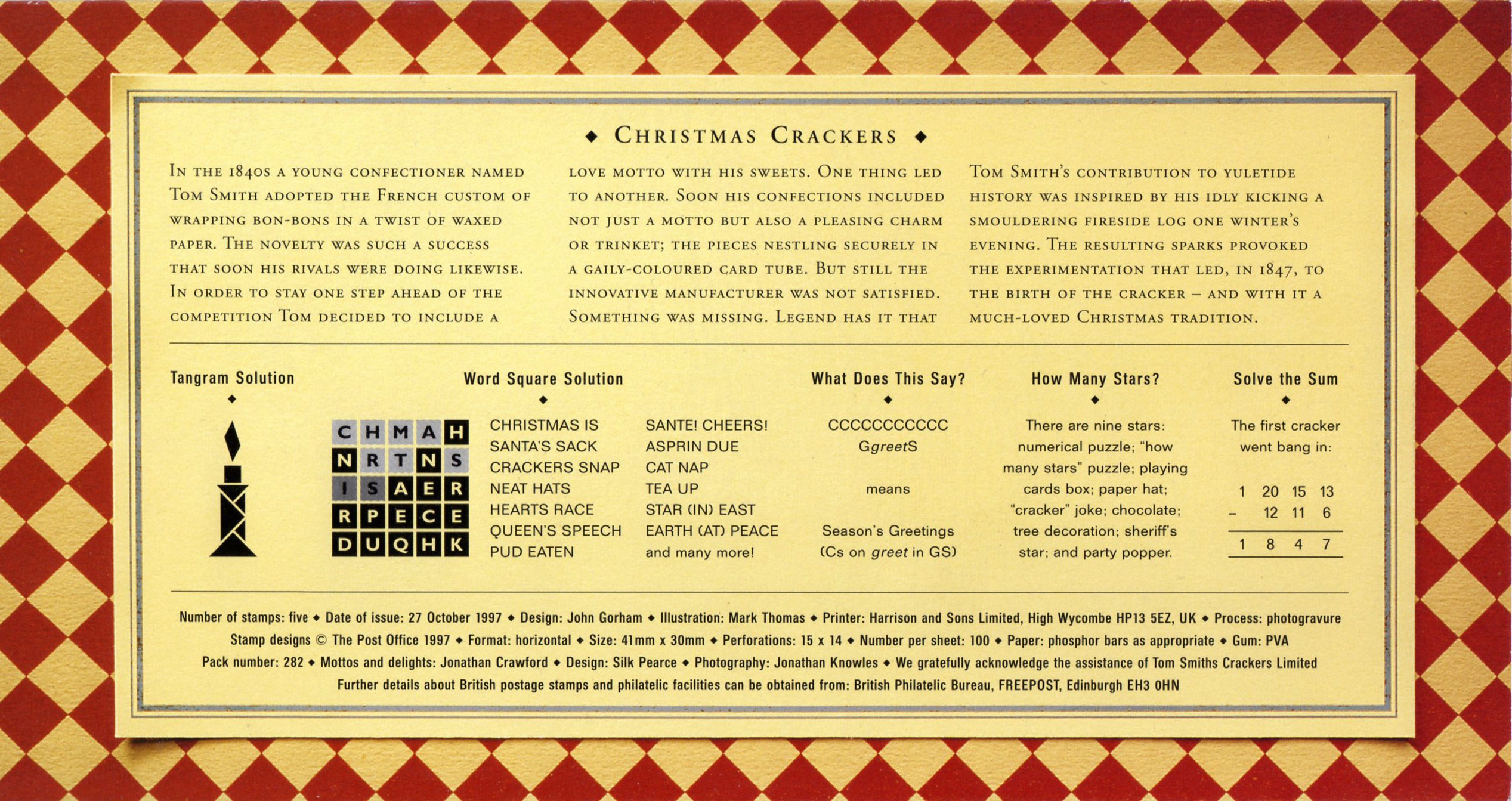 On October 27, 1997, Great Britain released a set of five Christmas stamps that served to mark the 150th anniversary of Tom Smith’s invention of the Christmas cracker in 1847 (Scott #1776-1780). Stamps were designed by John Gorman using illustrations by Mark Thomas. The 2nd class rate stamp features children and Santa Claus pulling apart a cracker (Scott #1776), the 1st class stamp pictures Santa Clause emerging from the wall while holding a cracker (Scott #1777), Santa is portrayed riding a cracker on the 31-pence denomination (Scott #1778), the 43-pence stamp shows Santa riding a giant snowball while holding a cracker (Scott #1779), and the 63-pence value has an image of Santa peering into a rooftop chimney with his bag full of Christmas crackers (Scott #1780). The stamps were printed using the photogravure process by Harrison and Sons Limited of High Wycombe, perforated 15 x 14 in sheets of 100 subjects. Additionally, the 2nd class stamps were issued in booklet panes of 20 (Scott #1776a) and the 1st class stamps appeared in booklet panes of 10 (Scott #1777a). There were 384,488,700 copies of Scott #1776 printed.