A Christmas decoration is any of several types of ornamentation used at Christmastime and the greater holiday season. Christmas ornaments, baubles or “Christmas bulbs” are decorations usually made of glass, metal, wood, or ceramics that are used to festoon a Christmas tree. Ornaments take many different forms, from a simple round ball to highly artistic designs. Ornaments are almost always reused year after year rather than purchased annually, and family collections often contain a combination of commercially produced ornaments and decorations created by family members. Such collections are often passed on and augmented from generation to generation.

The traditional colors of Christmas are pine green (evergreen), snow white, and heart red. Blue and white are often used to represent winter, or sometimes Hanukkah, which occurs around the same time. Gold and silver are also very common, as are other metallic colours. Typical images on Christmas decorations include Baby Jesus, Santa Claus, and the star of Bethlehem. Typical winter icons include snowflakes, snowmen, icicles, and even penguins and polar bears. Candy canes and other food items are also popularly used to decorate the Christmas tree.

Lucretia P. Hale’s story “The Peterkins’ Christmas-Tree” offers a short catalog of the sorts of ornaments used in the 1870s:

There was every kind of gilt hanging-thing, from gilt pea-pods to butterflies on springs. There were shining flags and lanterns, and bird-cages, and nests with birds sitting on them, baskets of fruit, gilt apples, and bunches of grapes.

The first decorated trees were adorned with apples, white candy canes and pastries in the shapes of stars, hearts and flowers. The modern-day mold-blown colored glass Christmas ornament originated in the small town of Lauscha, Germany in the latter half of the 19th century. The town had long produced fine glassware. Glass baubles were first made in Lauscha by Hans Greiner (1550-1609) who produced garlands of glass beads and tin figures that could be hung on trees. The popularity of these decorations grew into the production of glass figures made by highly skilled artisans with clay molds.

The production of Christmas ornaments in Lauscha became a family affair. Some families invested 16 hours a day in production. For some, it was their sole source of income. Sometimes competitions were held. Prizes were awarded to the family producing the finest examples. Other glassblowers in Lauscha recognized the growing popularity of Christmas baubles and began producing them in a wide range of designs. Soon, the whole of Germany began buying Christmas glassware from Lauscha.

On Christmas Eve 1832, a young Princess Victoria wrote about her delight at having a tree, hung with lights, ornaments, and presents placed round it. In the 1840s, after a picture of Victoria’s Christmas tree — by then, she had become Queen of Great Britain and Ireland — was shown in a London newspaper decorated with glass ornaments and baubles from her husband Prince Albert’s native Germany, Lauscha began exporting its products throughout Europe.

To make the baubles, the artisans heated a clear glass tube over an open flame, then inserted the tube into a clay mold. The glassblower then blows into the end of the tube. The heated glass expands to fill the mold, taking on its shape. The original ornaments were only in the shape of fruits and nuts. After the glass cooled, a silver nitrate solution was swirled into it, a silvering technique developed in the 1850s by Justus von Liebig, giving the ornament a silver glow. After the nitrate solution dried, the ornament was hand-painted and topped with a cap and hook. Santa Clauses, angels, birds, animals, and other traditional Yuletide subjects were favorites.

American entrepreneur F.W. Woolworth discovered these glass ornaments during a toy and doll buying trip to Sonnenburg, Germany in the 1890s. He sold them in his “five and ten cent” stores in America. He made a fortune by importing the German glass ornaments to the United States, contributing to Woolworth’s great business success. For the American market, figures were blown depicting comic book characters as well as patriotic subjects such as Uncle Sams, eagles, and flags. Glassblowers have held on to the old molds and glass ornaments are still created from these.

By the start of the 20th century, Woolworth’s had imported 200,000 ornaments and topped $25 million in sales from Christmas decorations alone.  In 1996, the ornament industry generated $2.4 billion in total annual sales, an increase of 25% over the previous year. As of 2009, the Christmas decoration industry ranks second to gifts in seasonal sales.

After World War II, the East German government turned most of Lauscha’s glassworks into state-owned entities, and production of baubles in Lauscha ceased. After the Berlin Wall came down, most of the firms were reestablished as private companies. As of 2009, there are still about 20 small glass-blowing firms active in Lauscha that produce baubles. One of the producers is Krebs Glas Lauscha, part of the Krebs family which is now one of the largest producers of glass ornaments worldwide.

Although glass baubles are still produced, as expensive good quality ornaments often found at markets, baubles are now frequently made from plastic and available worldwide in a huge variety of shapes, colors and designs. There are a large number of manufacturers producing sophisticated Christmas glass ornaments in Poland, which produce bombka or the plural form bombki. Millions of glass-blown Christmas ornaments are made year-round in Tlalpujahua, Michoacan, Mexico and exported to Spain, New Zealand and France. Chignahuapan, Puebla, Mexico, has also become a major producer of glass baubles.

Handcrafted Christmas Ornaments have become a staple of craft fairs and many smaller online businesses owing much of the success to both the internet and the growth of craft stores. 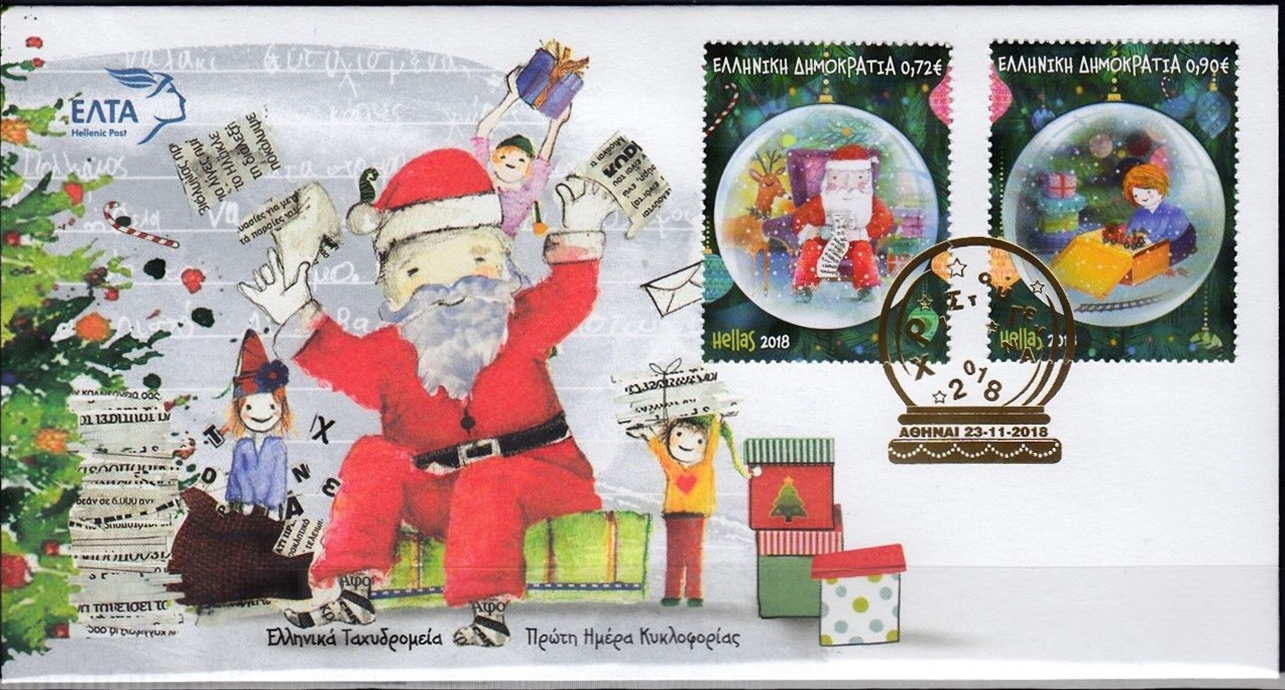 Greece released its 2018 Christmas stamps on November 23, featuring four different designs within a Christmas ornament frame. complete with the cap and hook fastening it to a tree in the background. A 72-euro cent design features Santa Claus reading a child’s letter, a second 72-euro stamp pictures a young girl writing her letter to Santa, an 80-euro cent denomination portrays two children posting a letter to Santa, and a 90-euro cent value pictures a young boy opening lifting a toy train from an unwrapped present, presumably as a result of writing a letter to Santa Claus. The set was designed by Anthoula Lygka and printed using offset lithography by Veridos Matsoukis SA in sheets of 25, perforated 13¾, 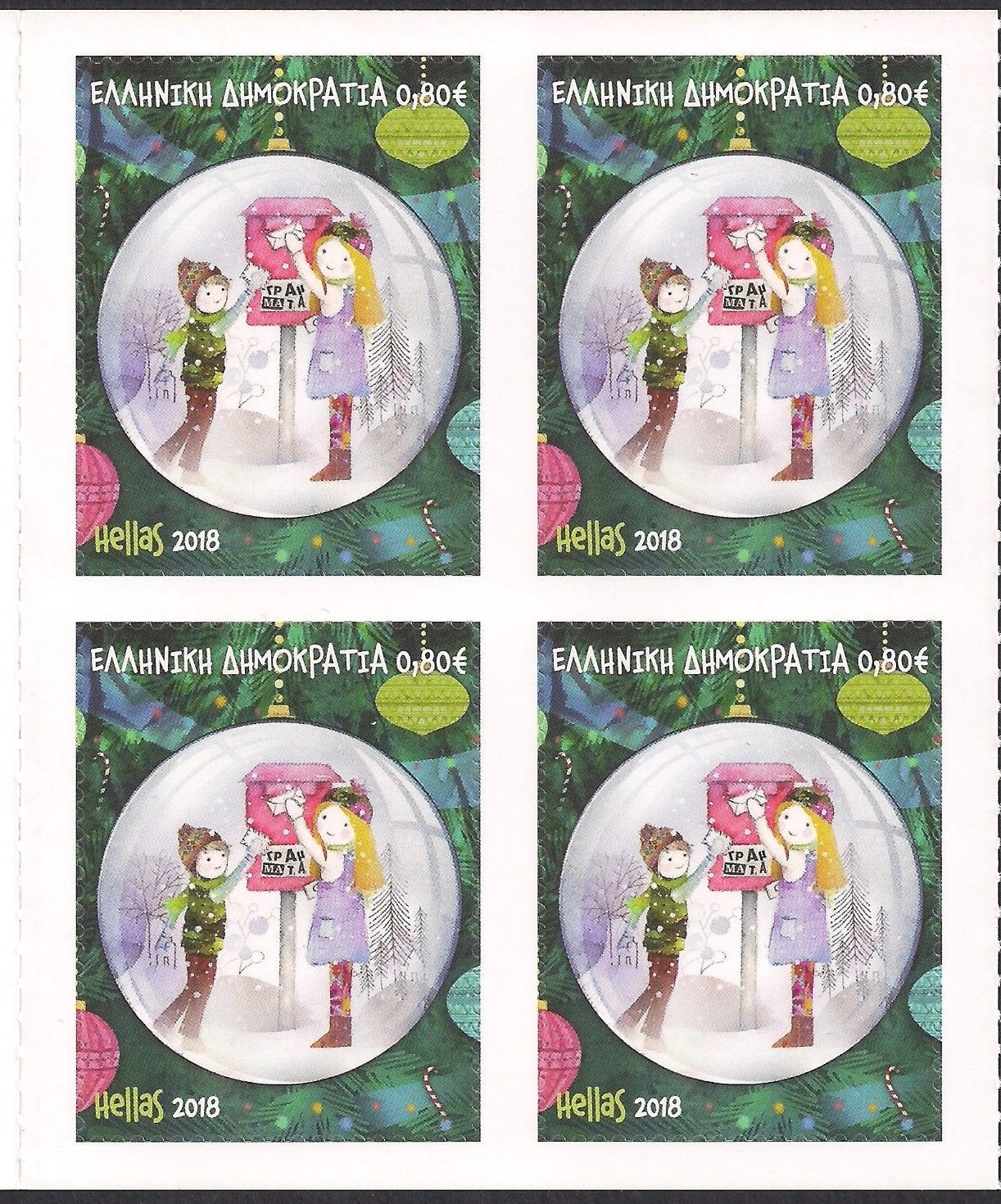 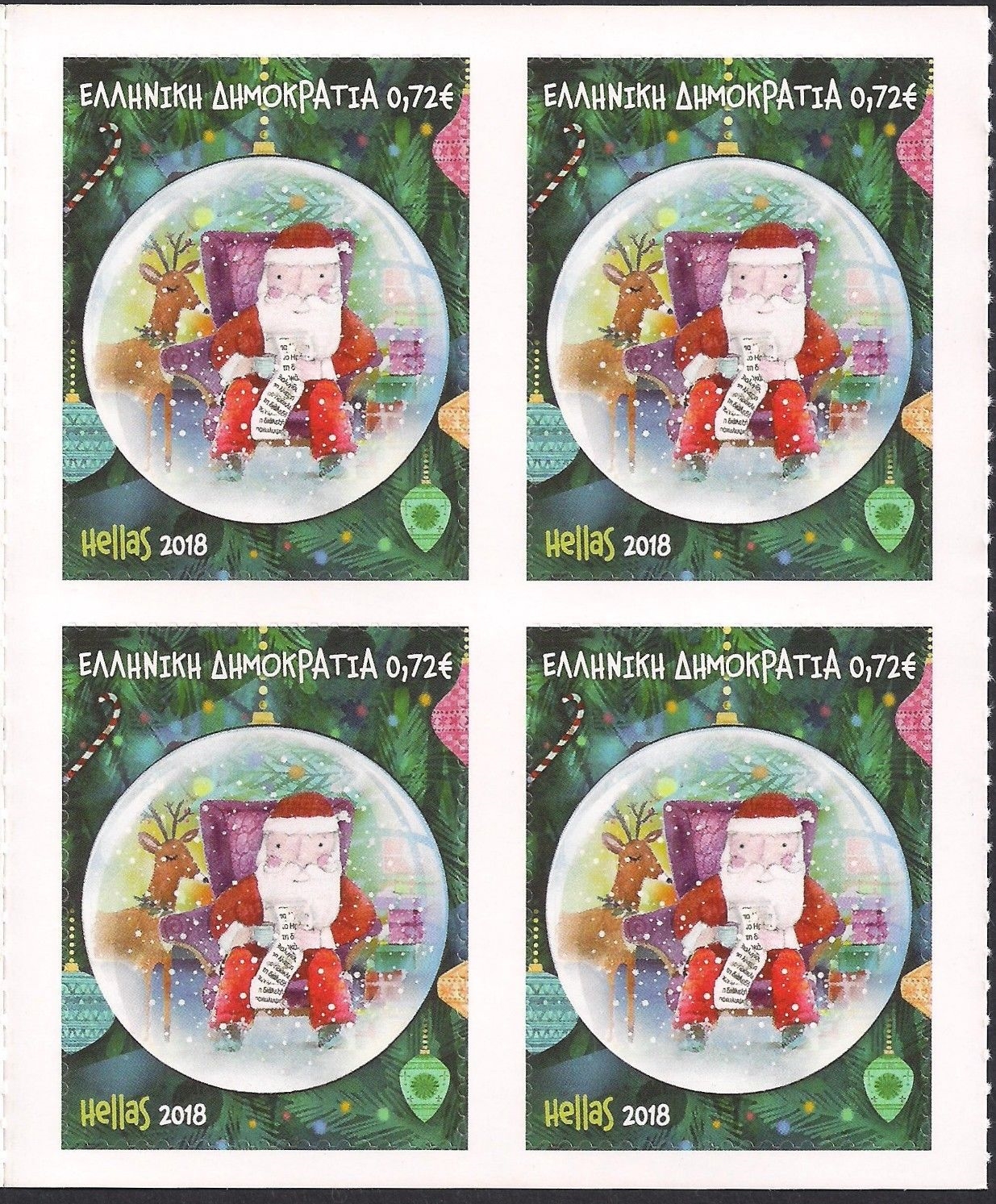 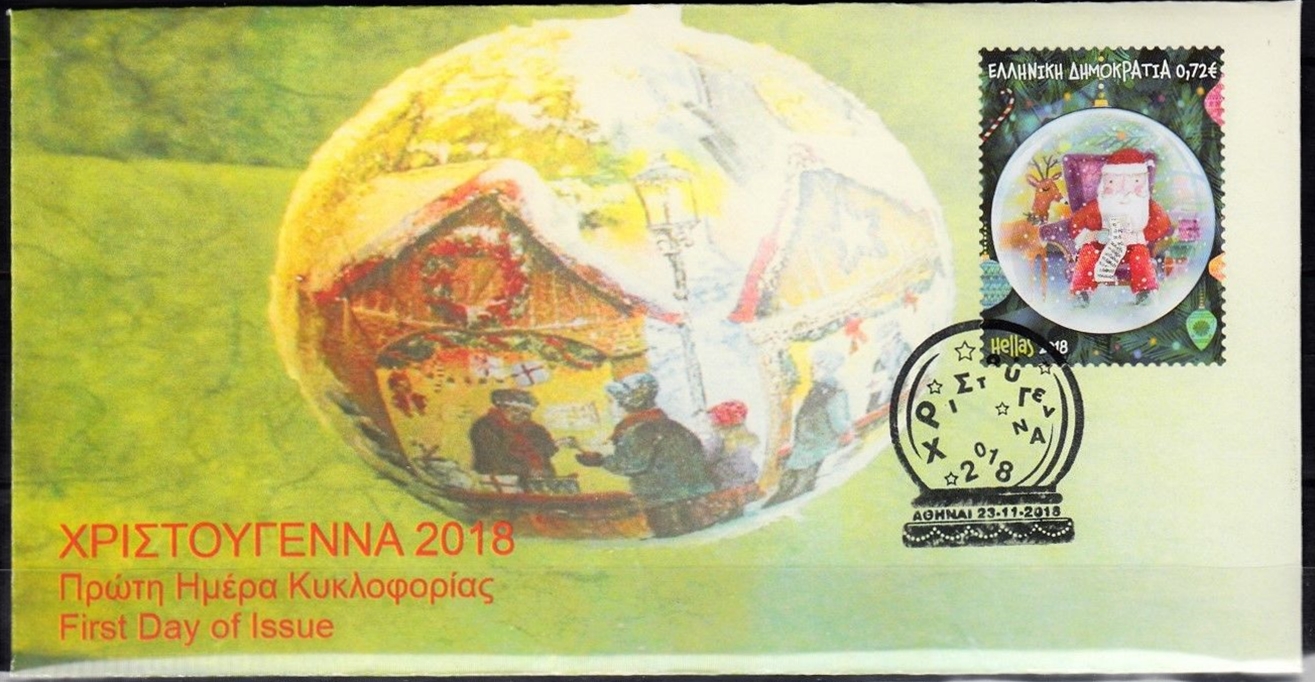 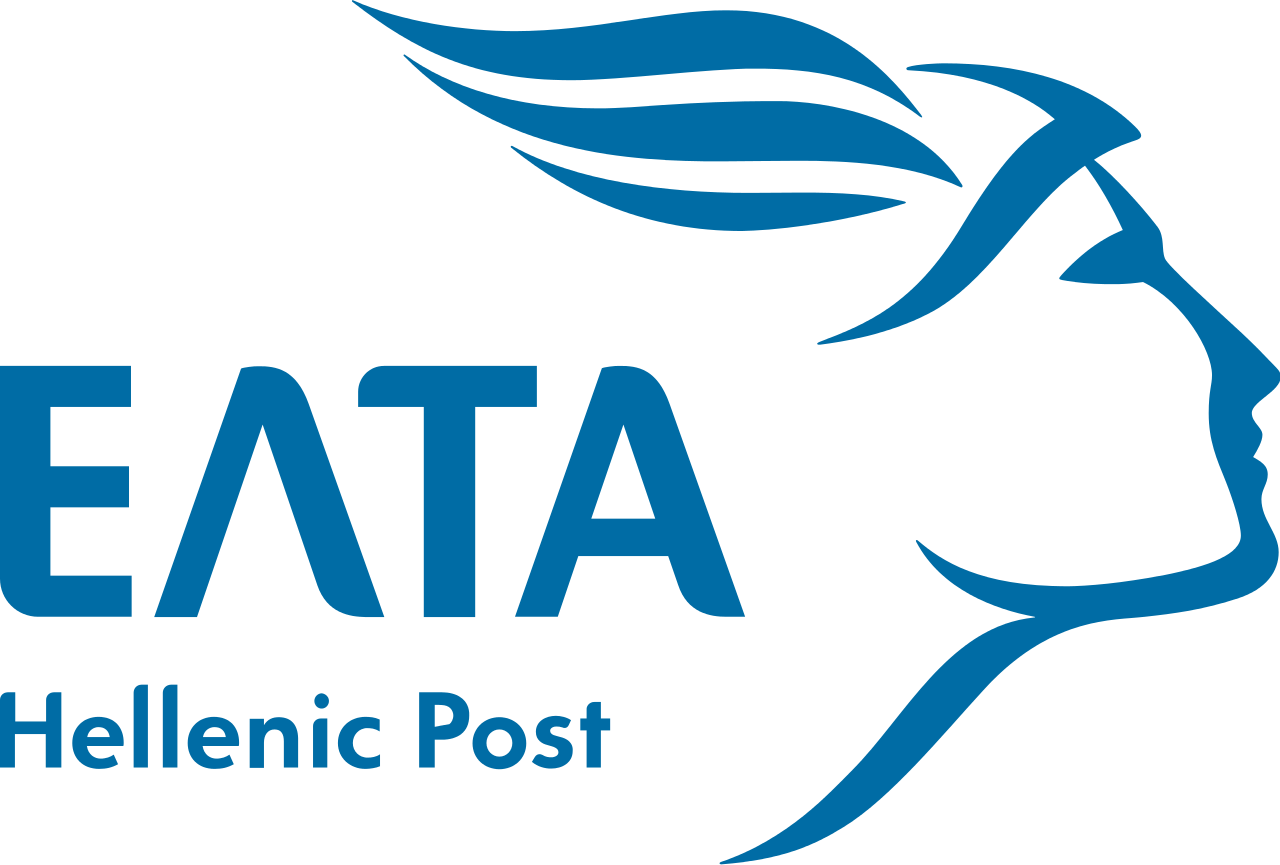