We have reached the end of 2018 as well as A Stamp A Day’s “A Month of Christmas” series which never really strayed from the topic (Kwanzaa is a Christmas alternative and the Apollo 8 mission occurred over the holiday and is notable for its Christmas Eve message from lunar orbit). While I examined a host of traditions which focused more on modern United States American versions of the holiday and explored a few of the religious aspects as well, I also touched on how some other cultures celebrate the holiday as well. These included the Philippines, México, Finland, and a few mentions of how the season is observed here in Phuket, Thailand. Along the way, I learned a great deal and enjoyed rounding up images and trying to choose the stamps to use each day. I am already seeking out appropriate stamps to use for additional Christmas-related topics for a similar series next year, although I doubt I will attempt an entire month of Yuletide postings again. It was quite a stretch but I think I succeeded for the most part.

Anyway, it is the morning of New Year’s Eve here in southern Thailand, where the timezone is GMT +7 and rather warm being just seven-and-a-half degrees north of the Equator (yes, Phuket is still in the Northern Hemisphere and my exact coordinates are 7°53’20.2″N 98°23’34.2″E). I am trying to finish up some work (like today’s ASAD article) so that I can enjoy the evening ringing in the New Year. I am dreaming of the climate much farther north, someplace with a lot of snow. Russia would be good.

Novy God (Новый Год) is the Russian phrase for “New Year”, and also designates the Russian New Year’s Eve and New Year’s Day celebration. Similar customs are observed in all post-Soviet states, and though the observance of the holiday is criticized by conservative Muslim groups in Central Asia, and nationalists in Ukraine, it remains popular across the region.

The coming of the new year and the actual beginning of the celebration is marked by the Kremlin clock striking twelve, midnight Moscow Time, preceded by the holiday message of the President of Russia and followed by the playing of the Russian national anthem.

Russians generally take the week between New Year and Christmas (celebrated on January 7, corresponding to Christmas Day according to the Julian Calendar) off (Новогодние каникулы or “New Year’s holidays”).

Russia used September 1 as the start of each new year from 1492 until a December 1699 decree of Tsar Peter I mandated the adoption of the Christian Era in 1700. The day first gained some official Soviet sanction after Pravda published a letter from the Kiev functionary Pavel Postyshev on December 28, 1935. Later (in 1947) it became accepted as a holiday; from 1930 to 1947 it remained just a regular working day but later it become a non-working day. In the early 1990s, it was considered as the only acceptable public non-communist celebration.

Grandfather Frost (Дед Мороз, Ded Moroz) allegedly brings presents for children to put under the tree or to distribute them directly to the children on New Year’s morning performances (which are usually held in palaces of culture such as theatres) with the help of his granddaughter, the Snow Maiden (Снегурочка, Snegurochka).

Novy God is also a major holiday in other countries of the former Soviet Union, marked by a massively produced Novogodni Ogonek (New Year’s Party, literally “New Year’s light”). This is a televised celebration that includes performances from favorite pop singers and professional dance troupes, not unlike the Oscars or the MTV Video Music Awards, with famous personalities and celebrities as presenters. It remains popular in many countries that formerly formed part of the now-defunct Soviet Union and in Soviet/Russian emigrant communities worldwide.

In Israel, the holiday is referred to by the Russian name Novy God (נובי גוד) and differs from New Year’s Eve, which is considered a Christian celebration (as Israel officially only recognizes the Jewish New Year). Since the celebration is nonreligious, it is celebrated by many Israeli Jews who are first- or second-generation Russian immigrants. Novy God celebrations and merchandise are common wherever there are large populations of USSR emigrants including Ashdod, Nazareth Illit, Beersheba, Netanya, and Haifa.

New Year’s Eve celebrations that are associated with Christianity are referred to as Sylvester, after Pope Sylvester I, who died on December 31. Since January 1st is considered the Christian New Year, those who celebrate Novy God are sometimes seen as out of line with the national Jewish identity despite the event’s lack of religious affiliation: amongst ultra-orthodox groups, anti-Novy God flyers and chain letters are common, and in 2004 a bill that would ban the presentation of Christmas iconography (reminiscent of the trappings of Novy God) in schools has been presented to the Knesset, where it was rejected.

Some customs have been adapted for Israeli environs, like the use of palm trees for the New Year tree and starting celebrations using the Russian time zone.

It is common to allow soldiers of Russian-speaking heritage serving in noncombat facilities to go on leave on the night of the 31st to allow them to celebrate the holiday; however, this is not enforced by official order, as it is sometimes seen as an example of discrimination (as with the custom of allowing Ethiopian soldiers vacation time to celebrate Sigd).

The USSR released its 1984 New Year stamp on December 1, 1983 (Scott #5207). Portraying the red star atop the Spasskaya Tower (Спасская башня, Spasskaya Bashnya or “Savior Tower”) at the Kremlin in Moscow, the 5-kopek was printed in a quantity of 4,800,800 using photogravure and issued in sheets of 50 and miniature sheets of 16, perforated 11½. An imperforate variety also exists.

The Spasskaya Tower was built in 1491 by the Italian architect Pietro Antonio Solari. Initially, it was named the Frolovskaya Tower after the Church of Frol and Lavr in the Kremlin, which is no longer there. The tower’s modern name comes from the icon of Spas Nerukotvorny (Спас Нерукотворный), translated as “The Saviour Not Made by Hands”, which was placed above the gates on the inside wall in 1658 and removed in 1917. The tower is also named for the wall-painted icon of Spas Smolensky (Спас Смоленский, “Smolensky Saviour”) created in the 16th century on the outside wall of tower, plastered over in 1937, but reopened and restored in 2010.

The Spasskaya Tower was the first tower of the many Moscow Kremlin Towers to be crowned with the hipped roof in 1624–1625 by architects Bazhen Ogurtsov and Christopher Galloway (a Scottish architect and clock maker). According to a number of historical accounts, the clock on the Spasskaya Tower appeared between 1491 and 1585. It is usually referred to as the Kremlin chimes (Кремлёвские куранты) and designates official Moscow Time. The clock face has a diameter of 20 feet. The gate of Spasskaya Tower was used to greet dignitaries, and was also used during formal ceremonies or processions.

The tower gate was once the main entrance into the Kremlin. In tsarist times, anyone passing through the gates had to remove their headgear and dismount their horses. According to Moscow.info,

“The Russians have always regarded the Spasskaya Tower with great reverence. According to old legends, the tower was possessed with miraculous powers and was reputed to protect the Kremlin from enemy invasion. People passing through the gates would always observe the custom of crossing themselves and doffing their hats to show their respect, and horses passing under the gates of the tower were said to shy. In fact, legend has it that Napoleon himself could not prevent his horse from taking fright as he rode through the gates, having failed to show his respect, and the French Emperor’s hat was said to have fallen from his head.”

After the rise of the Soviet Union, Joseph Stalin replaced the two-headed eagle on top of the Spasskaya Tower with a red star because he wanted remove all evidence of the former Tsarist time . The height of the tower with the star is 71 meters.

Various cathedrals were demolished throughout the years to make room for other government buildings. It was not until 1955 during the rule of Nikita Khrushchev that the Kremlin was reopened to foreign visitors; the Kremlin was turned into a museum in 1961 and added to the UNESCO World Heritage List in 1990. The daughter of Soviet cosmonaut Yuri Gagarin is the current director of the Kremlin Museums, Elena Gagarina. There are many cathedrals inside the Kremlin walls, and many of them hold church services, however irregularly because the cathedrals are still operated as museums.

The Spasskaya Gate posed an issue following the collapse of communism. In the new capitalist and market-based economy, the passage of vehicles disrupted the flow of pedestrians to GUM and other shopping centers, even though few vehicles actually passed through the gate each day. In 1999, the decision was made to finally close the gate to all traffic. The signal lights and guard platforms still remain. The gate is used occasionally when repairs must be made to the Borovissky Gate. The gate also opens to receive the presidential motorcades on inauguration day, for victory parades and to receive the New Years tree.

Russia’s President Vladimir Putin discussed building two monasteries and a church with the city’s mayor, Sergey Sobyanin. Gromov would like to get the approval for demolition on one of the administration buildings. This administration building is not a UNESCO World Heritage Site or an object that has any historical or cultural significance.

In August 2010, the icon of Smolensk Saviour was uncovered and restored above the gate.

Since 2007, the tower has been the site of the Spasskaya Tower International Military Music Festival. During the first festival, nine countries and 32 groups participated (ten of which were Russian). These included 16 pipe bands which formed a massed pipes band of 350 pipers. The 2018 festival featured participation of twenty-two bands, two honor guard units and two dancing ensembles. Representatives of Great Britain, Spain, Italy, Mexico, Monaco, Myanmar, Holland, Oman, Switzerland, Sri Lanka as well as the International Celtic Pipes and Drums and International Irish Dance Team, all in all about 1500 artists, performed. An estimated 500,000 spectators attended and TV broadcasts reached another 550 million around the world. The twelfth Spasskaya Tower International Military Music Festival will be held from August 23 to September 1, 2019. 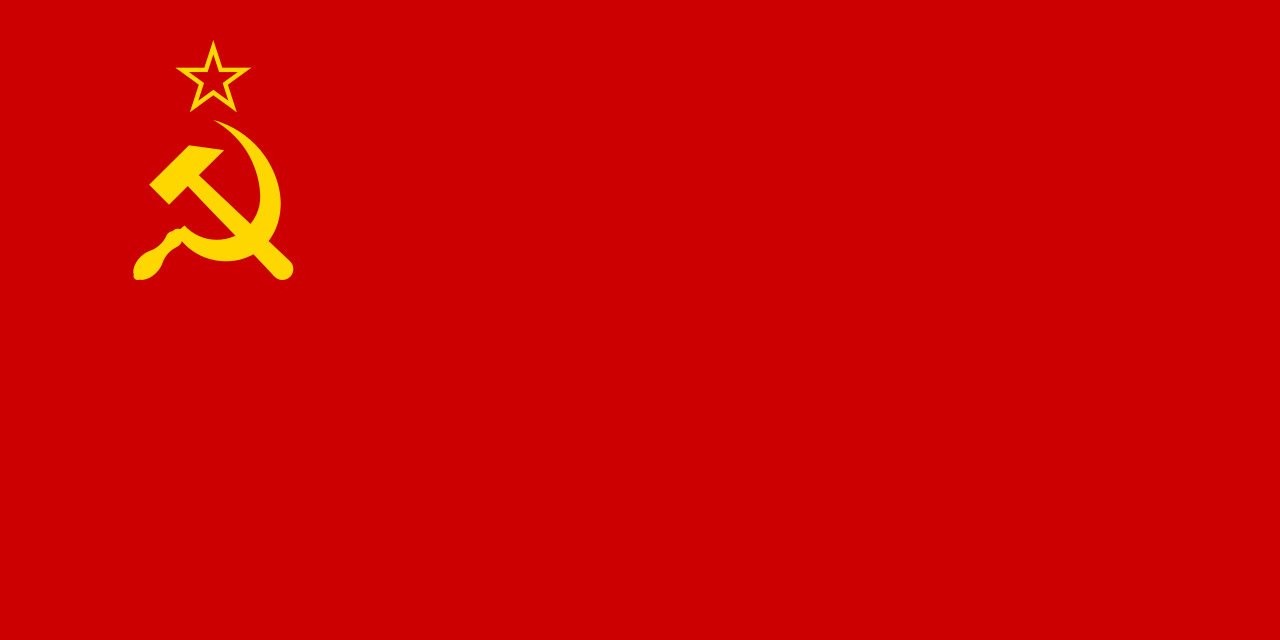