Today, January 16, is a school holiday for Thailand’s National Teacher’s Day (Wan Kkru, วันครู), not to be confused with the ceremony honoring teachers each year on a Thursday in June known as Wai Khru. Observed since 1957, the date marks the enactment of the Teachers Act, Buddhist Era 2488 which was published in the Government Gazette on January 15, 1945. Most Thai schools, especially those under the authority of the Office of the Basic Education Commission, close for the day to give their teachers a break during the long second term. Many international schools do not, although they may hold celebrations to honor their teaching staff. There are very few public or official commemorations. Actually, I have to laugh at the idea of another break as I don’t recall the last time that we taught a full week; there were activity days for both Christmas and the New Year, a New Year’s market day that cancelled lessons, mid-term exams last week as well as a closure for Children’s Day last Friday!

At any rate, I have spent most of this mid-week day off working on my Philatelic Pursuits blog including a redesign and adding to my spreadsheet of worldwide new stamp issues. I am determined to finish this article before going somewhere nice to eat dinner and enjoying a relaxing evening. My first thought was to simply post a stamp picturing a teacher with or without students with a quick entry giving the stamp’s printing details, etc. I do have a fairly large number collection of “education on stamps” including students, teachers (my favorites are the Teacher’s Day stamps from México), and schools. I rarely take the “easy route” when it comes to A Stamp A Day, however.

Today’s stamp was issued on February 2, 2015, to commemorate the 72nd anniversary of the establishment of Kasetsart University (Mahawitthayalai Kasetsat, มหาวิทยาลัยเกษตรศาสตร์) in the Chatuchak District of Bangkok. Given the Thailand Post issue number of TH-1060, the stamp is listed in the Scott catalogue as #2849 and in Michel as #3461. However, the sheet pictured above is not listed in either catalogue as the standard format released to post offices was in miniature sheets of ten 3-baht stamps. Designed by Mr. Pisit Prasitthandadoon and printed by the Chan Wanich Security Printing Company Limited on granite paper, the stamp depicts the building which serves as the university’s main auditorium — the same building in which I attended the ceremonies surrounding the issuance of this stamp and where attendees were given a unique folder containing the special mini-sheet of four stamps. It remains the sole first day of issue ceremony that I have attended in Thailand.

Kasetsart is Thailand’s third oldest university and the oldest agricultural university in the Kingdom, having been established on February 2, 1943, to promote subjects related to agricultural science. Since then, Kasetsart University has expanded its subject areas to cover economics, business administration, veterinary medicine, engineering, science, social sciences, humanities, education, and architecture. Kasetsart University’s main campus is very close to the famous Chatuchak Market in northern Bangkok (this part of Chatuchak District was separated from Bang Khen District in 1989). With several other campuses throughout the country, it is the largest university in Thailand.

In 1902, King Chulalongkorn attempted to promote the country’s silk, silverware, and weaving industries. He hired Dr Kametaro Toyama from the University of Tokyo, to train Siamese students in Japanese silk and weaving crafts. In 1904, the School of Sericulture was founded at Tambon Thung Saladaeng in Bangkok by Prince Benbadhanabongse, the Director of the Department of Sericulture of the Ministry of Agriculture. The school was renamed the School of Agriculture in 1906.

In 1917, Phraya Thepsartsatit and Chaophraya Thammasakmontri of the Ministry of Education founded the first primary school of agriculture under the Ministry of Agriculture, named the Primary School Agriculture Teacher Training School in Tambon Horwang. It moved to Tambon Phra Prathon, Nakhon Pathom Province in 1918.

In 1935, the Primary School Agriculture Teacher Training School in each part of the country was closed and merged following the agricultural education policy at that time. Luang Ingkhasikasikan, Luang Suwan Vajokkasikij, and Phra Chuangkasetsinlapakan together proposed to maintain the Mae Jo School (today’s Mae Jo University) in Chiang Mai Province only and renamed it Secondary-level Agriculture Technical School before it was elevated to the College of Agriculture, under the Department of Agriculture and Fisheries.

In 1943, Field Marshal Plaek Phibunsongkhram promoted the College of Agriculture and established Kasetsart University as a department of the Ministry of Agriculture. The university consisted of four faculties: agriculture, fisheries, forestry, and cooperatives (today’s Faculty of Economics and Faculty of Business Administration).

In 1966, Mom Luang Xujati Kambhu, the fifth President of Kasetsart University, judged the Bang Khen campus too confined and unable to support the education in agricultural sciences called for by the National Social and Economics Development Plan. The Kamphaeng Saen campus was established on November 12, 1979, as a result. The university further expanded by establishing campuses in Si Racha, Chalermphrakiat Sakon Nakhon Province, Suphan Buri, Krabi and Lopburi. The university aestablished the Si Racha campus in 1989 and the Chalermphrakiat Sakon Nakhon Province campus on August 15, 1996. 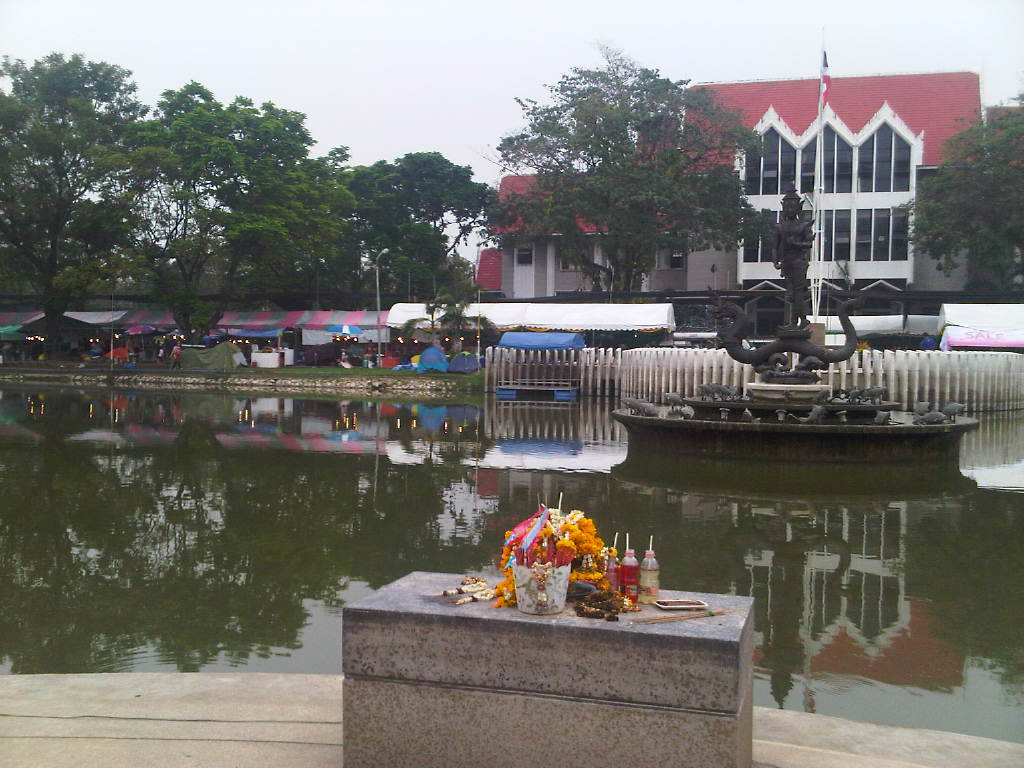 Kasetsart University’s symbol is Phra Phirun, the god of rain mounted on a Nāga with encircled by lotus petals and then by the words “มหาวิทยาลัยเกษตรศาสตร์ พ.ศ. ๒๔๘๖” in the Thai version and KASETSART UNIVERSITY 1943 in the English version.

The Nontri tree has been a symbol of Kasetsart University since 1963. Their Majesties King Bhumibhol Adulyadej and Queen Sirikit planted nine Nontri trees in the front of Kasetsart University’s main auditorium on November 29, 1963. The Nontri is a tree in the Fabaceae family. It is a long-lived evergreen with grey-brown bark with upright branches. The leaves are bipinnate compound and the flowers are yellow, produced in large compound racemes. Its fruit is a pod containing seeds.

Special FOLDER available only at Kasetsart University on February 2, 2015:

Kasetsart’s official motto is “Knowledge of the Land” (ศาสตร์แห่งแผ่นดิน) and unofficially, “People own the nation and their taxes become Kasetsart” (ประชาชน คือ เจ้าของประเทศ เกษตรศาสตร์ คือ ภาษีของประชาชน). I have several foreign students who have attended the university (hence the invitation four years ago) and I quite like the fact that it is essentially an agriculture university; my first attempt at higher education was at Kansas State University in Manhattan which was established as the then-Territory of Kansas’ first agricultural college. Also, the initials “KU” match those of my sister’s alma mater, the University of Kansas (where she has worked for the past twenty years or so). Forest green, Kasetsart’s school color, is my second favorite color (after K-States purple and gold) and matches that of the school where I currently teach high school, Phuket’s Plukpanya Municipal School. It also has a nice location, near Chatuchak Market and Thailand’s main Postal Museum, and I like to wander the campus on those rare occasions when I’m in the area. 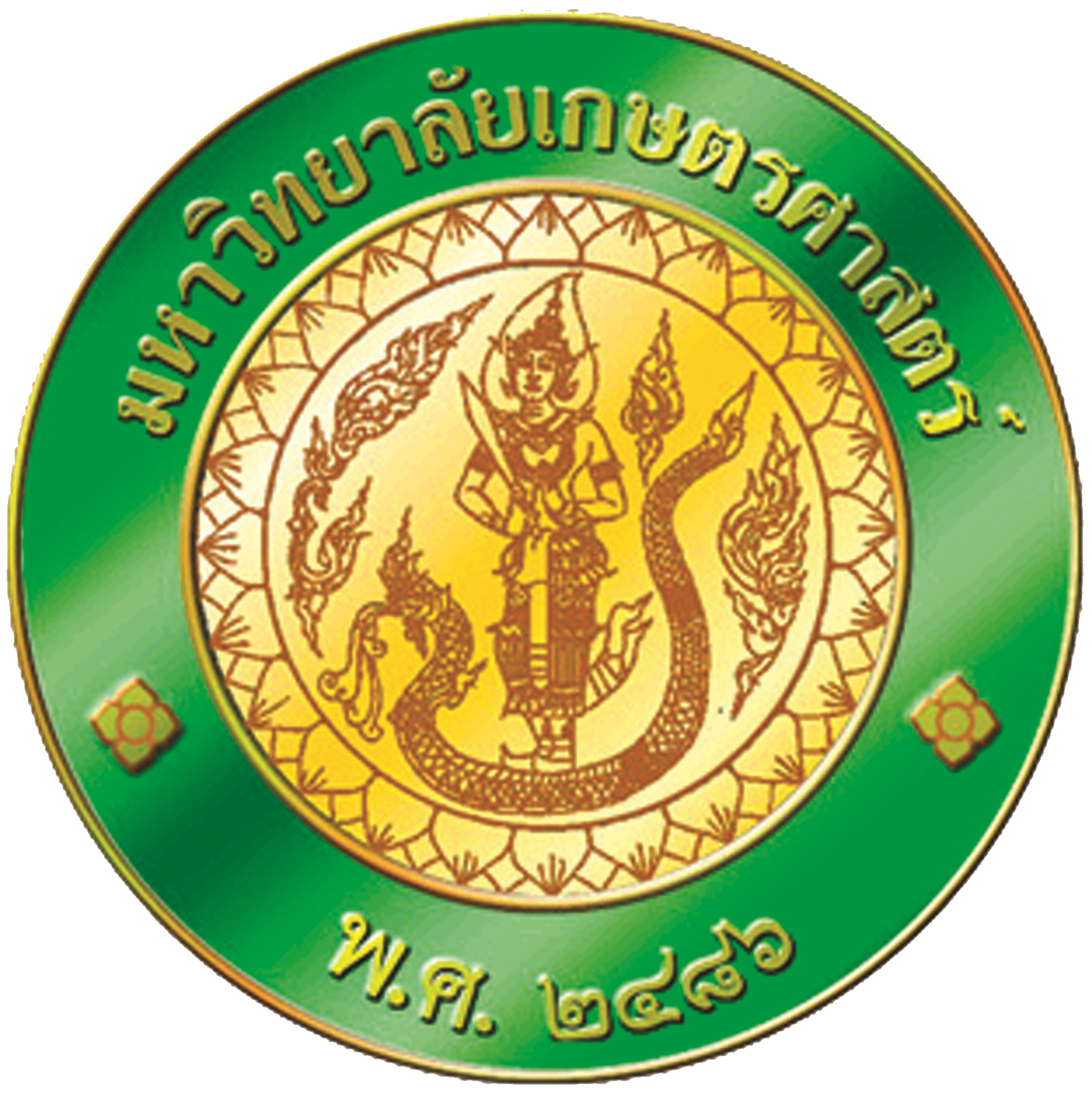 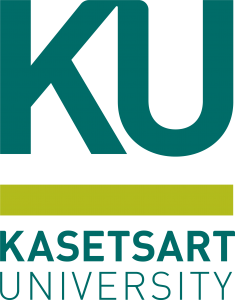 One thought on “Wan Khru (วันครู), or Teacher’s Day in Thailand”