Today is the 313th anniversary of the birth of Benjamin Franklin on Milk Street in Boston, Massachusetts. As arguably the greatest American who has ever lived, Franklin has been mentioned on this blog numerous times and received extensive biographies in 2017 and 2018 in conjunction with his roles in founding both the United States and Canadian post office systems.  It is difficult to choose another of the many fascinating aspects of his life to research and write about. Unfortunately, a heavy work-lode today precludes me from doing much more than a brief article. Thus, this entry focuses on the stamp itself, and the reasons behind it.

Benjamin Franklin’s colorful life and legacy of scientific and political achievement, and his status as one of America’s most influential Founding Fathers, have seen him honored more than two centuries after his death on coinage and the $100 bill, warships, and the names of many towns, counties, educational institutions, and corporations, as well as countless cultural references.He was the first person to appear on a U.S. postage stamp, Scott #1 released on July 1, 1847, and has appeared on more U.S. stamps than any other save George Washington.

At first glance, it may seem odd that Great Britain chose Franklin over Washington to depict on their sole stamp commemorating the 200th anniversary of U.S. independence — Scott #785 released on June 2, 1976. Celebrated as one of the architects of the colonies’ victory in the War of Independence, for most of his life Benjamin Franklin was a dyed-in-the-wool British patriot. Today, Still, it can be difficult to grasp just how profoundly the founding fathers of the United States imbibed English values. For Franklin, statesman, writer, inventor and much else, England was tangible, familiar, almost home.

Between 1757 and 1775, he was an agent advocating colonial interests in Parliament. His first official task was to help the Pennsylvania legislative assembly address its longstanding political impasse with the proprietary Penn family based in London. Franklin operated in the center of British politics in order to highlight the sincere attachment to Britain that preceded even the most ardent American patriotism. In fact, 18th-century colonists referred to themselves as English or British. Identification with one’s own particular colony easily trumped any sense of a shared identity as Americans; and that, with the percolation of English cultural standards and consumer lifestyles throughout the mid-18th-century colonies, Anglicization was the dominant trend in colonial life in the decades preceding the Revolution.

As relations between Britain and the colonies worsened, Franklin’s own position became precarious. In the colonies, there were suspicions that the all-too-worldly Franklin had gone native in the imperial capital. In London, on the other hand, Franklin’s outspoken campaigning on behalf of the rebellious colonists began to smack of treason and sedition. Eventually, scenting arrest, he made his way back across the Atlantic in March 1775.

Back “home” in Pennsylvania, Franklin successfully inserted himself into the patriot cause. He would go on to reinvent himself in the last 15 years of his life, both in the U.S. and on a further mission to France, as a homespun, demotic American.

According to the text on the British Post Office presentation pack prepared for the Bicentennial issue, it’s appropriate for Franklin to appear on a British stamp due to his appointment by the Postmaster General of England to become the Deputy Postmaster General for the American Colonies. Scott #785 depicts a plaster cast of a bust of Franklin created by Jean-Jacques Caffiéri for the Royal Society of Arts. The plaster cast was made in 1779 and is on display in the Franklin Room of the Society’s house on John Adams Street in London; it was photographed there by Theo Cockerill for the stamp which was designed by Philip Sharland and printed by Harrison and Sons Limited using the photogravure process, perforated 15 x 14.

The bust was created while Franklin was serving as ambassador to France. Franklin was delighted to sit for this bust by the royal sculptor to the King Louis XV of France. Caffieri is best known for his portrait busts, in terracotta or marble. He was born in Paris and came from a family of sculptors from Italy. Franklin was aware that his image was in demand, so he ordered eight plaster versions, which he gave to friends.  The original bust signed and dated 1777, is in the Bibliotheque Mazarine in Paris. The Royal Society of Arts version was presented to the Society by Pahin de la Blancherie in 1791. There are also busts at the New York Historical Society and the Franklin Institute in Philadelphia, Pennsylvania. 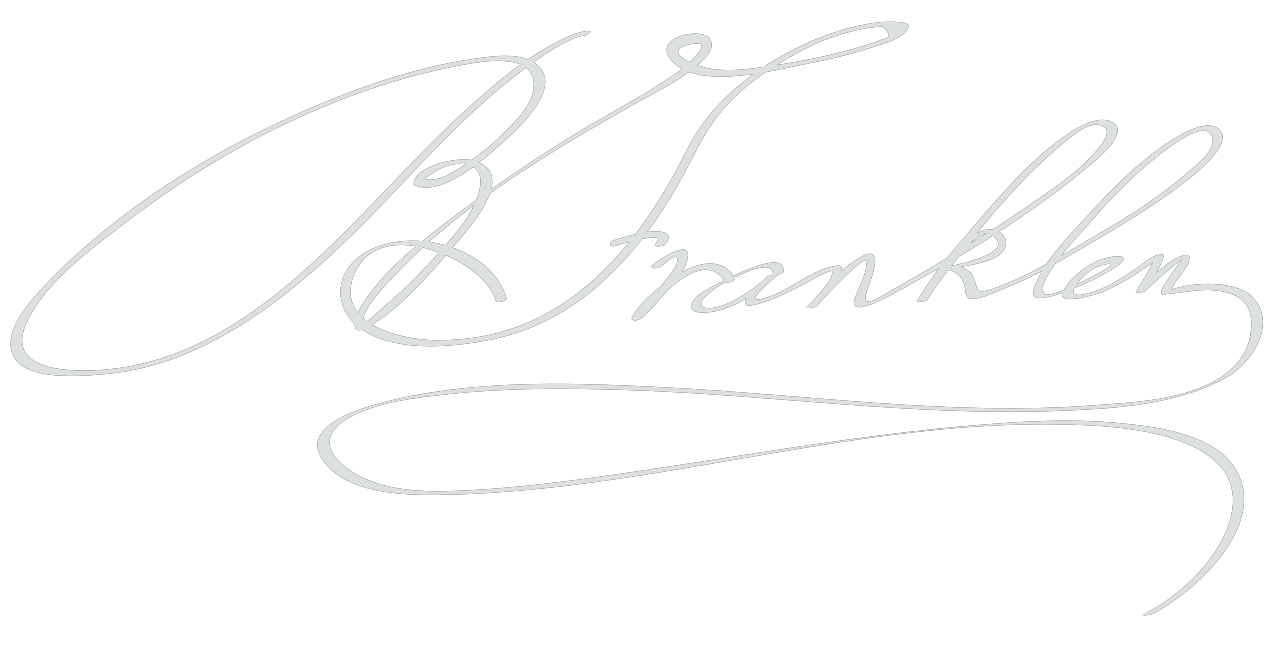