On January 28, 1457, Henry VII was born at Pembroke Castle in Pembrokeshire, Wales, on January 28, 1457, to Margaret Beaufort, Countess of Richmond. His father, Edmund Tudor, 1st Earl of Richmond, died three months before his birth. He was the King of England and Lord of Ireland from his seizure of the crown on August 22, 1485, to his death on April 21, 1509. He was the first monarch of the House of Tudor.

Henry’s paternal grandfather, Owen Tudor, originally from the Tudors of Penmynydd, Isle of Anglesey in Wales, had been a page in the court of Henry V. He rose to become one of the “Squires to the Body to the King” after military service at the Battle of Agincourt. Owen is said to have secretly married the widow of Henry V, Catherine of Valois. One of their sons was Edmund Tudor, father of Henry VII. Edmund was created Earl of Richmond in 1452, and “formally declared legitimate by Parliament”.

Henry’s main claim to the English throne derived from his mother through the House of Beaufort. Henry’s mother, Lady Margaret Beaufort, was a great-granddaughter of John of Gaunt, Duke of Lancaster, fourth son of Edward III, and his third wife Katherine Swynford. Katherine was Gaunt’s mistress for about 25 years; when they married in 1396, they already had four children, including Henry’s great-grandfather John Beaufort. Thus Henry’s claim was somewhat tenuous: it was from a woman, and by illegitimate descent. In theory, the Portuguese and Castilian royal families had a better claim (as far as “legitimacy” is concerned) as descendants of Catherine of Lancaster, the daughter of John of Gaunt and his second wife Constance of Castile.

Henry attained the throne when his forces defeated King Richard III at the Battle of Bosworth Field, the culmination of the Wars of the Roses. He was the last king of England to win his throne on the field of battle. As king, Henry was styled as His Grace — his full style was: Henry, by the Grace of God, King of England and France and Lord of Ireland. On his succession, Henry became entitled to bear the Royal Arms of England.

His first concern was to secure his hold on the throne. Henry declared himself king “by right of conquest” retroactively from August 21, 1485, the day before Bosworth Field. Thus, anyone who had fought for Richard against him would be guilty of treason, and Henry could legally confiscate his lands and property of Richard III while restoring his own. However, he spared Richard’s nephew and designated heir, the Earl of Lincoln, and he made Margaret Plantagenet, a Yorkist heiress, Countess of Salisbury sui juris. He took great care not to address the baronage, or summon Parliament, until after his coronation, which took place in Westminster Abbey on October 30, 1485. Almost immediately afterwards, he issued an edict that any gentleman who swore fealty to him would, notwithstanding any previous attainder, be secure in his property and person.

He cemented his claim by marrying Elizabeth of York, daughter of Edward IV and niece of Richard III. They were third cousins, as both were great-great-grandchildren of John of Gaunt. The marriage took place on January 18, 1486, at Westminster. The marriage unified the warring houses and gave his children a strong claim to the throne. The unification of the houses of York and Lancaster by this marriage is symbolized by the heraldic emblem of the Tudor rose, a combination of the white rose of York and the red rose of Lancaster.

Henry was successful in restoring the power and stability of the English monarchy after the civil war. His supportive stance of the British Isles’ wool industry and his standoff with the Low Countries had long lasting benefits to all of the British economy. However, the capriciousness and lack of due process that indebted many would tarnish his legacy and were soon ended upon Henry VII’s death, after a commission revealed widespread abuses. According to the contemporary historian Polydore Vergil, simple “greed” underscored the means by which royal control was over-asserted in Henry’s final years.

In 1502, Henry VII’s first son and heir apparent, Arthur, Prince of Wales, died suddenly at Ludlow Castle, very likely from a viral respiratory illness known at the time as the “English sweating sickness”. This made Henry, Duke of York (Henry VIII) heir apparent to the throne. The King, normally a reserved man who rarely showed much emotion in public unless angry, surprised his courtiers by his intense grief and sobbing at his son’s death, while his concern for the Queen is evidence that the marriage was a happy one, as is his reaction to the Queen’s death the following year, when he shut himself away for several days, refusing to speak to anyone.

Henry VII wanted to maintain an alliance with Spain. He therefore arranged a papal dispensation from Pope Julius II for Prince Henry to marry his brother’s widow Catherine, a relationship that would have otherwise precluded marriage in the Roman Catholic Church. In 1503, Queen Elizabeth died in childbirth, so King Henry had the dispensation also permit him to marry Catherine himself. After obtaining the dispensation, Henry had second thoughts about the marriage of his son and Catherine. Catherine’s mother Isabella I of Castile had died and Catherine’s sister Joanna had succeeded her; Catherine was therefore daughter of only one reigning monarch and so less desirable as a spouse for Henry VII’s heir-apparent. The marriage did not take place during his lifetime. Otherwise, at the time of his father’s arranging of the marriage to Catherine of Aragon, the future Henry VIII was too young to contract the marriage according to Canon Law, and would be ineligible until age fourteen.

Henry made half-hearted plans to remarry and beget more heirs, but these never came to anything. In 1505 he was sufficiently interested in a potential marriage to Joan, the recently widowed Queen of Naples, that he sent ambassadors to Naples to report on the 27-year-old’s physical suitability. The wedding never took place, and the physical description Henry sent with his ambassadors of what he desired in a new wife matched the description of Elizabeth.

After 1503, records show the Tower of London was never again used as a royal residence by Henry Tudor, and all royal births under Henry VIII took place in palaces. Henry VII was shattered by the loss of Elizabeth, and her death broke his heart. During his lifetime the nobility often jeered him for re-centralizing power in London, and later the 16th-century historian Francis Bacon was ruthlessly critical of the methods by which he enforced tax law, but it is equally true that Henry Tudor was hellbent on keeping detailed records of his personal finances, down to the last halfpenny; these and one account book detailing the expenses of his queen survive in the British National Archives. Until the death of his wife, the evidence is clear from these accounting books that Henry Tudor was a more doting father and husband than was widely known. Many of the entries show a man who loosened his purse strings generously for his wife and children, and not just on necessities: in spring 1491 he spent a great amount of gold on his daughter Mary for a lute; the following year he spent money on a lion for Elizabeth’s menagerie.

With Elizabeth’s death, the possibility for such family indulgences greatly diminished. Immediately afterward, Henry became very sick and nearly died himself, allowing only Margaret Beaufort, his mother, near him: “privily departed to a solitary place, and would that no man should resort unto him.”

Henry VII died at Richmond Palace on the River Thames on April 21, 1509, of tuberculosis and was buried at Westminster Abbey, next to his wife, Elizabeth, in the chapel he commissioned. He was succeeded by his second son, Henry VIII who reigned from April 22, 1509, until his death on January 28, 1547. His mother survived him, dying two months later on June 29, 1509.

Henry is the first English king of whose appearance good contemporary visual records in realistic portraits exist that are relatively free of idealization. At 27, he was tall, slender, with small blue eyes, which were said to have a noticeable animation of expression, and noticeably bad teeth in a long, sallow face beneath very fair hair. Amiable and high-spirited, Henry was friendly if dignified in manner, and it was clear to everyone that he was extremely intelligent. His biographer, Professor Chrimes, credits him — even before he had become king — with “a high degree of personal magnetism, ability to inspire confidence, and a growing reputation for shrewd decisiveness”. On the debit side, he may have looked a little delicate as he suffered from poor health.

Henry can be credited with a number of administrative, economic and diplomatic initiatives. He paid very close attention to detail, and instead of spending lavishly he concentrated on raising new revenues and after a reign of nearly 24 years, he was peacefully succeeded by his son, Henry VIII. The new taxes were unpopular and two days after his coronation, Henry VIII arrested his father’s two most unpopular ministers, Sir Richard Empson and Edmund Dudley. They were charged with high treason and were executed in 1510.

Historians have always compared Henry VII with his continental contemporaries, especially Louis XI of France and Ferdinand II of Aragon. By 1600, historians emphasized Henry’s wisdom in drawing lessons in statecraft from other monarchs. In 1622, Francis Bacon published his History of the Reign of King Henry VII. By 1900, the “New Monarchy” interpretation stressed the common factors that in each country led to the revival of monarchical power. This approach raised puzzling questions about similarities and differences in the development of national states. In the late 20th century a model of European state formation was prominent in which Henry less resembles Louis and Ferdinand.

King Henry VII has only appeared on one postage stamp released by Great Britain, as part of Royal Mail’s set commemorating the House and Age of the Tudors released on April 21, 2009 (six stamps — Scott #2653-2658 — and a miniature sheet of four stamps — Scott #2659). The Tudor rose has also appeared on regional definitive stamps for England.  Unfortunately, I don’t yet have any of the British Tudor stamps in my collection. The images shown here are sourced from the excellent Collect GB Stamps website.

I do, however, own a couple of miniature sheets released by the Democratic People’s Republic of Korea on December 20, 1984, portraying British monarchs (Scott #2442 and 2443). North Korea used to release large numbers of topical stamps targeted mainly at collectors in China and Russia who tend to like British subjects on their stamps. Last summer, I was given a quantity of North Korean stamps, mainly souvenir sheets dating from the late 1970’s to the mid-1980’s. I believe that Henry VII is the second or third time I’ve used this particular stamp-issuer for source stamps when the subject matter would have been better served by a different entity.

At any rate, I am missing four sheets of nine from this 1984 set that show British kings and queens (specifically, Scott #2444-2446) as well as a single-stamp souvenir sheet picturing Queen Elizabeth II (Scott #2447). There were also four sheets of nine released at the same time honoring monarchs from other European countries (Scott #2440-2443), including a few repeats of Britons and Scots. Henry’s successor, Henry VIII, actually appears in four different renditions over the course of the set.

Each stamp in the sheets of nine are denominated at 10 North Korean chon (전). There are 100 chon to one won (원), coded KPW to differentiate it from that of South Korean won which has the code KRW. The word won is a cognate of the Chinese yuan and Japanese yen. All three names derive from the Hanja 圓(원), which means “round shape.” The stamps were printed by offset lithography and comb-perforated 12¼ x 12. 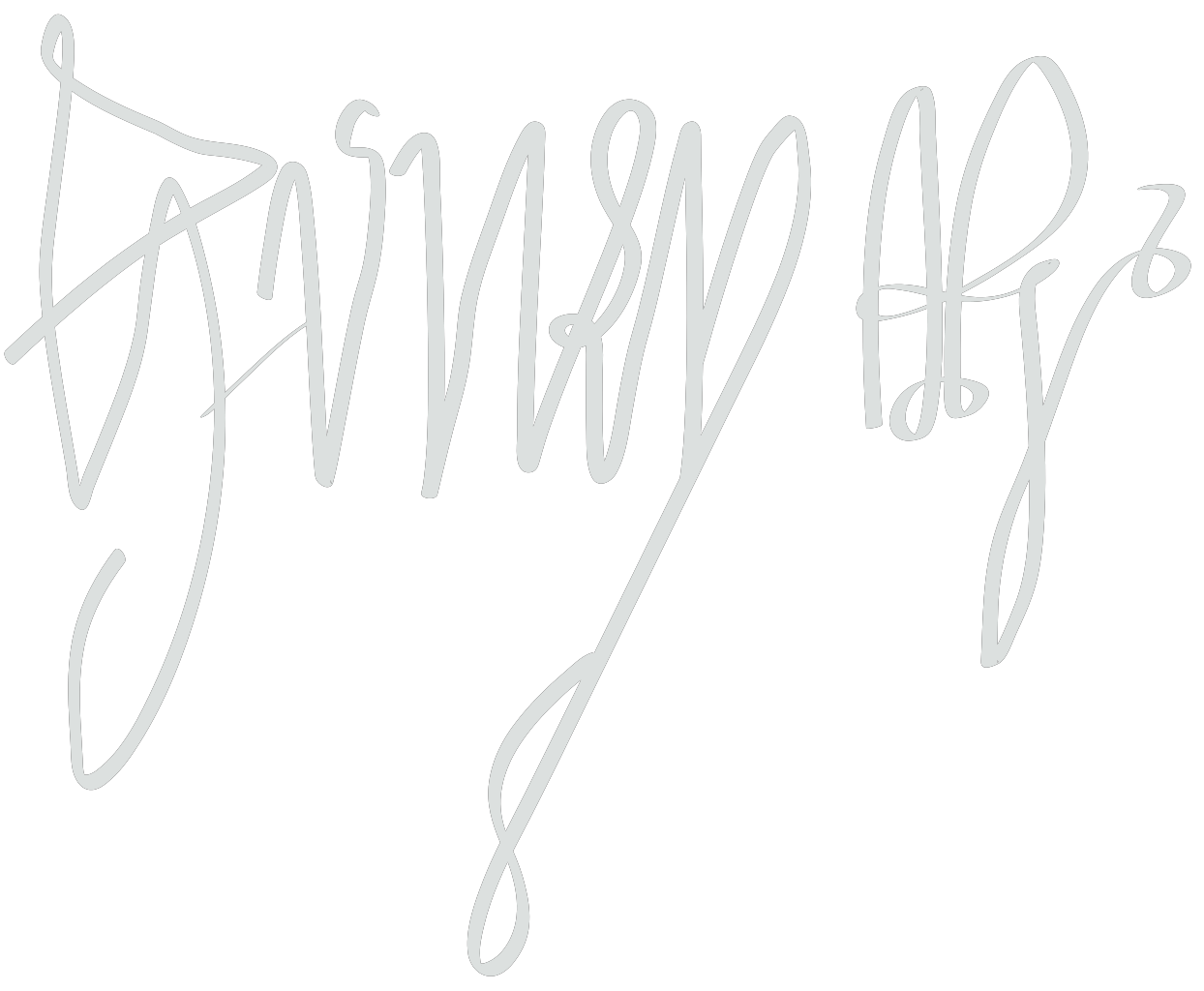 One thought on “King Henry VII of England”