Franz Peter Schubert was born in Himmelpfortgrund (now a part of Alsergrund), Vienna, Archduchy of Austria on January 31, 1797, and baptized in the Catholic Church the following day. Schubert was an Austrian composer of the late Classical and early Romantic eras. Despite his short lifetime, Schubert left behind a vast oeuvre, including more than 600 secular vocal works (mainly Lieder), seven complete symphonies, sacred music, operas, incidental music and a large body of piano and chamber music. His major works include the Piano Quintet in A major, D. 667 (Trout Quintet), the Symphony No. 8 in B minor, D. 759 (Unfinished Symphony), the three last piano sonatas (D. 958–960), the opera Fierrabras (D. 796), the incidental music to the play Rosamunde (D. 797), and the song cycles Die schöne Müllerin (D. 795) and Winterreise (D. 911).

Born to immigrant parents in the Himmelpfortgrund suburb of Vienna, Schubert’s uncommon gifts for music were evident from an early age. At the age of five, Schubert began to receive regular instruction from his father, and a year later was enrolled at his father’s school. Although it is not exactly known when Schubert received his first musical instruction, he was given piano lessons by his brother Ignaz, but they lasted for a very short time as Schubert excelled him within a few months. Ignaz later recalled:

I was amazed when Franz told me, a few months after we began, that he had no need of any further instruction from me, and that for the future he would make his own way. And in truth his progress in a short period was so great that I was forced to acknowledge in him a master who had completely distanced and out stripped me, and whom I despaired of overtaking.

His father gave him his first violin lessons when he was eight years old, training him to the point where he could play easy duets proficiently. Soon after, Schubert was given his first lessons outside the family by Michael Holzer, organist and choirmaster of the local parish church in Lichtental. Holzer would often assure Schubert’s father, with tears in his eyes, that he had never had such a pupil as Schubert, and the lessons may have largely consisted of conversations and expressions of admiration. According to Holzer, he did not give him any real instruction as Schubert would already know anything that he tried to teach him; rather, he looked upon Schubert with “astonishment and silence”. The boy seemed to gain more from an acquaintance with a friendly apprentice joiner who took him to a neighboring pianoforte warehouse where Schubert could practise on better instruments. He also played viola in the family string quartet, with his brothers Ferdinand and Ignaz on first and second violin and his father on the cello. Schubert wrote his earliest string quartets for this ensemble.

Young Schubert first came to the attention of Antonio Salieri, then Vienna’s leading musical authority, in 1804, when his vocal talent was recognized. In November 1808, he became a pupil at the Stadtkonvikt (Imperial Seminary) through a choir scholarship. At the Stadtkonvikt, he was introduced to the overtures and symphonies of Mozart, the symphonies of Joseph Haydn and his younger brother Michael Haydn, and the overtures and symphonies of Beethoven, a composer he developed a significant admiration for. His exposure to these and other works, combined with occasional visits to the opera, laid the foundation for a broader musical education. One important musical influence came from the songs by Johann Rudolf Zumsteeg, an important composer of Lieder. The precocious young student “wanted to modernize” Zumsteeg’s songs, as reported by Joseph von Spaun, Schubert’s friend. Schubert’s friendship with Spaun began at the Stadtkonvikt and lasted throughout his short life. In those early days, the financially well-off Spaun furnished the impoverished Schubert with much of his manuscript paper.

He left the Stadtkonvikt at the end of 1813, and returned home to live with his father, where he began studying to become a schoolteacher; despite this, he continued his studies in composition with Antonio Salieri and still composed prolifically. In 1821, Schubert was granted admission to the Gesellschaft der Musikfreunde as a performing member, which helped establish his name among the Viennese citizenry. In 1822, Schubert made the acquaintance of both Weber and Beethoven, but little came of it in either case: however, Beethoven is said to have acknowledged the younger man’s gifts on a few occasions. On his deathbed, Beethoven is said to have looked into some of the younger man’s works and exclaimed: “Truly, the spark of divine genius resides in this Schubert!” Beethoven also reportedly predicted that Schubert “would make a great sensation in the world,” and regretted that he had not been more familiar with him earlier; he wished to see his operas and works for piano, but his severe illness prevented him from doing so.

On March 26, 1828, the anniversary of Beethoven’s death, Schubert gave, for the only time in his career, a public concert of his own works. The concert was a success popularly and financially, even though it would be overshadowed by Niccolò Paganini’s first appearances in Vienna shortly after.

In the midst of this creative activity, his health deteriorated. By the late 1820s, Schubert’s health was failing and he confided to some friends that he feared that he was near death. In the late summer of 1828, the composer saw the physician Ernst Rinna, who may have confirmed Schubert’s suspicions that he was ill beyond cure and likely to die soon. Some of his symptoms matched those of mercury poisoning (mercury was then a common treatment for syphilis, again suggesting that Schubert suffered from it). At the beginning of November, he again fell ill, experiencing headaches, fever, swollen joints, and vomiting. He was generally unable to retain solid food and his condition worsened. Five days before Schubert’s death, his friend, violinist Karl Holz, and his string quartet visited him to play for him. The last musical work he had wished to hear was Beethoven’s String Quartet No. 14 in C-sharp minor, Op. 131; Holz commented: “The King of Harmony has sent the King of Song a friendly bidding to the crossing”.

Schubert died in Vienna, aged 31, on November 19, 1828, at the apartment of his brother Ferdinand. The cause of his death was officially diagnosed as typhoid fever, though other theories have been proposed, including the tertiary stage of syphilis. It was near Beethoven, whom he had admired all his life, that Schubert was buried by his own request, in the village cemetery of Währing, Vienna. He had served as a torchbearer at Beethoven’s funeral a year before his own death.

In 1872, a memorial to Franz Schubert was erected in Vienna’s Stadtpark. In 1888, both Schubert’s and Beethoven’s graves were moved to the Zentralfriedhof where they can now be found next to those of Johann Strauss II and Johannes Brahms. The cemetery in Währing was converted into a park in 1925, called the Schubert Park, and his former grave site was marked by a bust. His epitaph, written by his friend, the poet Franz Grillparzer, reads: Die Tonkunst begrub hier einen reichen Besitz, aber noch viel schönere Hoffnungen (“The art of music has here interred a precious treasure, but yet far fairer hopes”).

Appreciation of Schubert’s music while he was alive was limited to a relatively small circle of admirers in Vienna, but interest in his work increased significantly in the decades following his death. Felix Mendelssohn, Robert Schumann, Franz Liszt, Johannes Brahms and other 19th-century composers discovered and championed his works. Today, Schubert is ranked among the greatest composers of the 19th century, and his music continues to be popular.

Franz Schubert has been honored on postage stamps a number of times beginning with two semi-postal stamps issued on April 24, 1922 (Scott #B53 and B53a). Austria’s Scott #491 was released on March 31, 1947, to mark the 150th year since his birth. The 12-groschen stamp is recess-printed in dark green, perforated 14½ x 13¾. It was withdrawn from sale on December 9, 1947. The design was also used on a postal card released in 1947. Earlier this month, a similar stamp portraying Franz Grillparzer (Austria Scott #489) was featured on A Stamp A Day. Schubert was also commemorated with Austrian stamps on the 150th anniversary of his death (Scott #1095 released on November 17, 1997) and the bicentennial of his birth (Scott #1724 released on May 9, 1997). There have also been stamps released to honor Franz Schubert by Bulgaria, the Central African Republic, the People’s Republic of China, Equatorial Guinea, Germany, the Grenada Grenadines, India, Liechtenstein, Mali, Mexico, Moldova, and Romania. 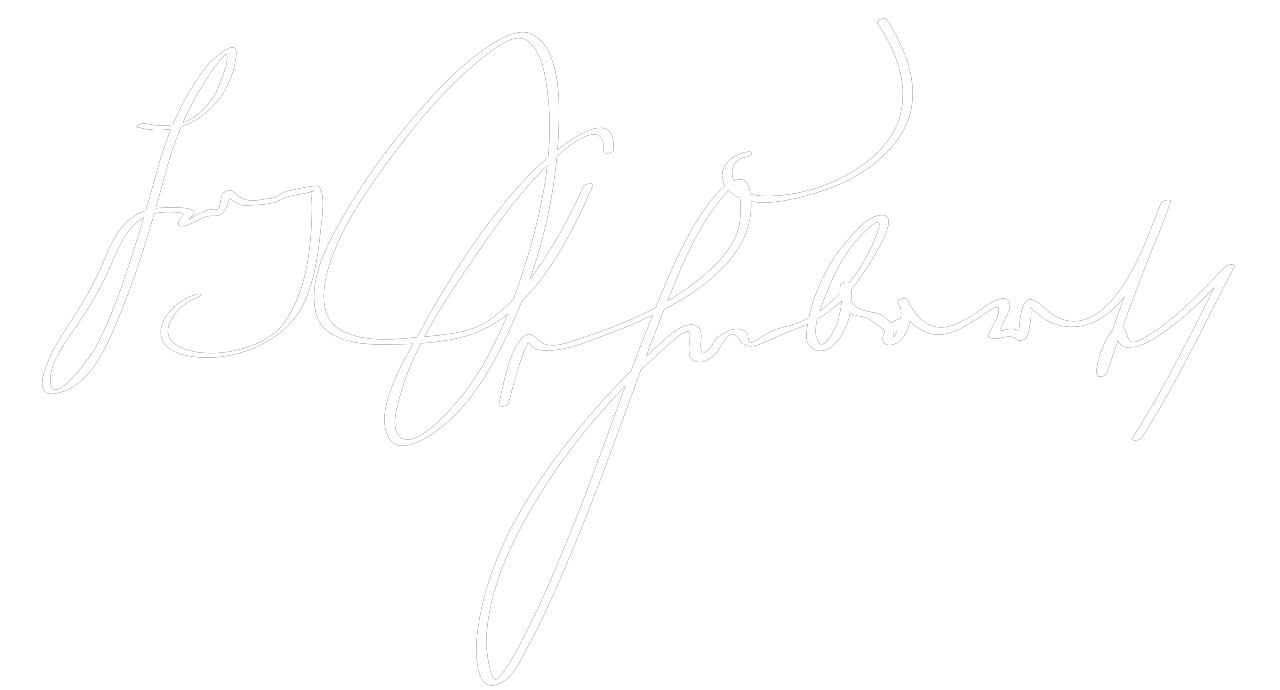 One thought on “Franz Schubert”