World Hearing Day is a campaign held each year by Office of Prevention of Blindness and Deafness of the World Health Organization (WHO). Activities take place across the globe and an event is hosted at the World Health Organization on March 3rd. The campaign’s objective is to share information and promote actions towards the prevention of hearing loss and improved hearing care. The first event was held in 2007. Before 2016 it was known as International Ear Care Day. Each year, the WHO selects a theme, develops educational materials, and makes these freely available in several languages. It also coordinates and reports on events around the globe.

Hearing loss, also known as hearing impairment, is a partial or total inability to hear. A deaf person has little to no hearing. Hearing loss may occur in one or both ears. In children, hearing problems can affect the ability to learn spoken language and in adults it can create difficulties with social interaction and at work. In some people, particularly older people, hearing loss can result in loneliness. Hearing loss can be temporary or permanent.

Hearing loss may be caused by a number of factors, including: genetics, ageing, exposure to noise, some infections, birth complications, trauma to the ear, and certain medications or toxins. A common condition that results in hearing loss is chronic ear infections. Certain infections during pregnancy, such as syphilis and rubella, may also cause hearing loss in the child. Hearing loss is diagnosed when hearing testing finds that a person is unable to hear 25 decibels in at least one ear. Testing for poor hearing is recommended for all newborns. Hearing loss can be categorized as mild (25 to 40 dB), moderate (41 to 55 dB), moderate-severe (56 to 70 dB), severe (71 to 90 dB), or profound (greater than 90 dB). There are three main types of hearing loss: conductive hearing loss, sensorineural hearing loss, and mixed hearing loss.

About half of hearing loss globally is preventable through public health measures. Such practices include immunization, proper care around pregnancy, avoiding loud noise, and avoiding certain medications. The World Health Organization recommends that young people limit the use of personal audio players to an hour a day in an effort to limit exposure to noise. Early identification and support are particularly important in children. For many hearing aids, sign language, cochlear implants and subtitles are useful. Lip reading is another useful skill some develop. Access to hearing aids, however, is limited in many areas of the world.

As of 2013, hearing loss affects about 1.1 billion people to some degree. It causes disability in 5% (360 to 538 million) and moderate to severe disability in 124 million people. Of those with moderate to severe disability, 108 million live in low and middle income countries. Of those with hearing loss, it began during childhood for 65 million. Those who use sign language and are members of Deaf culture see themselves as having a difference rather than an illness. Most members of Deaf culture oppose attempts to cure deafness and some within this community view cochlear implants with concern as they have the potential to eliminate their culture. The term hearing impairment is often viewed negatively as it emphasizes what people cannot do.

The theme of the World Hearing Day campaign for 2019 is “Check your hearing” as data from both developed and developing countries indicate that a significant part of the burden associated with hearing loss comes from unaddressed hearing difficulties. A study conducted in the United Kingdom indicate that only 20% of those who have a hearing problem seek treatment. A study performed in South Africa reported that individuals who experience hearing difficulties wait between 5 and 16 years to seek diagnosis and treatment. Wiki4WorldHearingDay2019, an Edit-a-Thon, is part of the 2019 activities of the campaign, to facilitate the contribution of hearing-related content into Wikipedia in several languages. Activities are reported in a Wikimedia dashboard.

On March 3, 2019, WHO launched a free app that allows people to check their hearing. The HearWHO app will be used to:

The only stamps in my collection that were issued to call attention to hearing loss are a pair released by the United Arab Emirates on April 20, 1992, marking the “Week of Deaf Child” which ran from April 20-27, 1992. The 1-dirham stamp features the campaign’s logo while an ear is featured on the 3-dirham denomination. The stamps were printed using offset lithography and perforated 13¼ x 13.

I only have one additional stamp featuring an ear (well, I suppose all stamps portraying people and many picturing various animals do have ears but not as a central part of the design). This is part of a set released by An Post of Ireland on September 10, 2015 illustrating the five senses (Scott #2089-2093). I will probably feature one of the other stamps in this particular set at some point on a “random stamp day” so that is why they are ‘buried” in this article for now. Designed by Dublin company Zinc Design, the stamps are quite innovative with each stamp highlighting a different sense:

In addition, each stamp may be scanned with the CEE App on a smartphone to access an Augmented Reality video which discusses the five senses. Four of the stamps (Taste, Touch, Hearing, and Smell) were printed on regular gummed paper using offset lithography, comb-perforated 13½. The Sight stamp is self-adhesive with serpentine die cuts of 11. The Hearing stamp had a press run of 96,000 stamps printed. 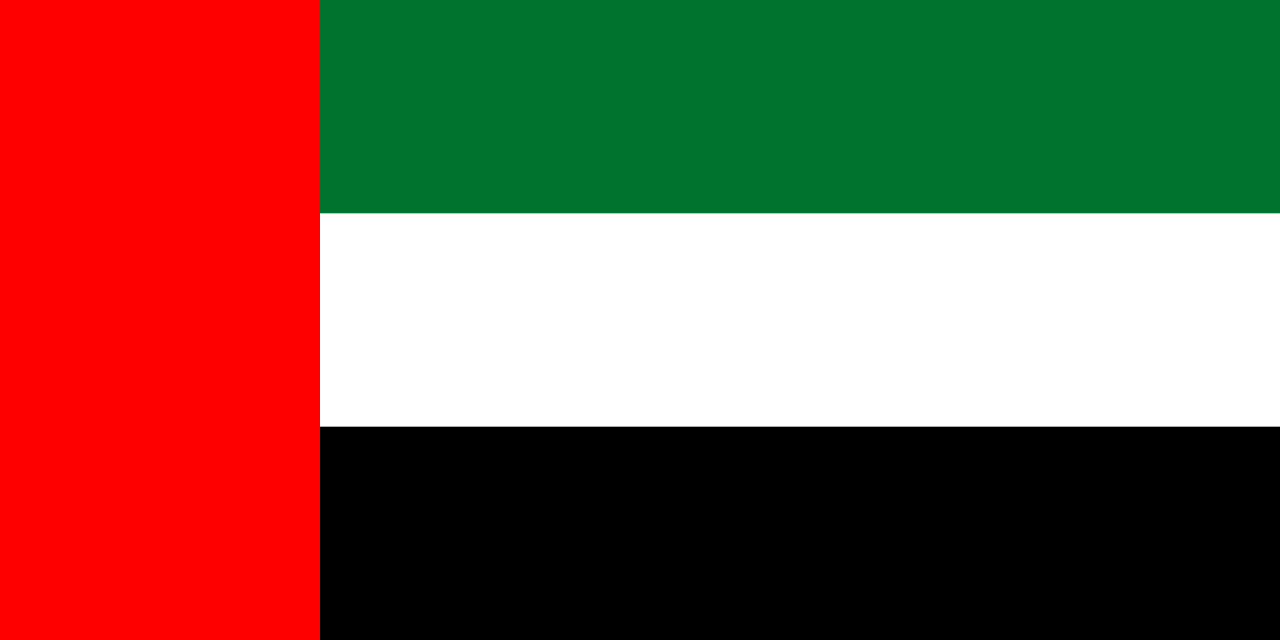 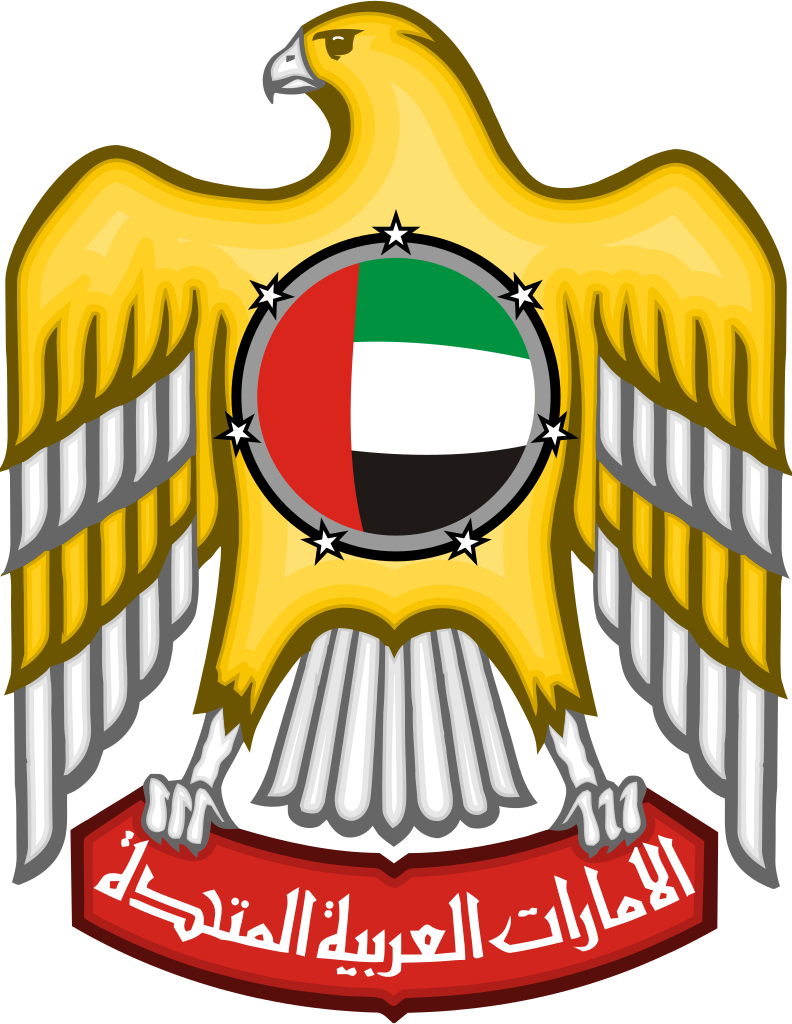 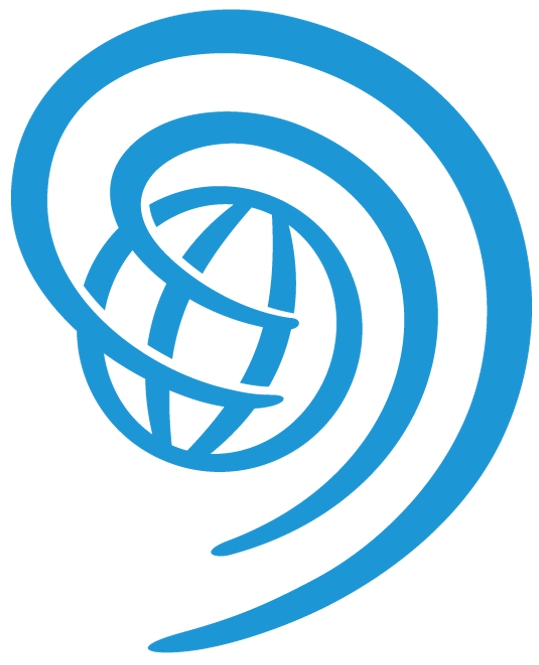 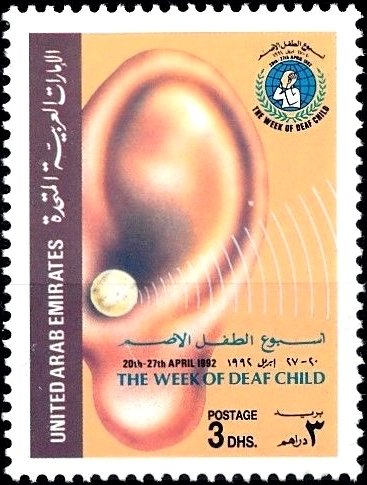 One thought on “World Hearing Day”