On March 8, 1576, Spanish explorer Diego García de Palacio first sighted the ruins of the ancient Mayan city of Copán. This is an archaeological site of the Maya civilization in western Honduras, not far from the border with Guatemala. Today, it lies within the municipality of Copán Ruinas in the department of Copán. It is in a fertile valley among foothills at 2,300 feet (700 meters) above mean sea level. The ruins of the site core of the city are 1 mile (1.6 kilometers) from the modern village of Copán Ruinas, which is built on the site of a major complex dating to the Classic period. A significant portion of the eastern side of the acropolis was eroded away by the Copán River; the river has since been diverted to protect the site from further damage.

It is thought likely that the ancient name of Copán was Oxwitik (pronounced /oʃwitik/), meaning the “Three Witiks”, although the meaning of the word witik itself remains obscure. Copán was the capital city of a major Classic period kingdom from the 5th to 9th centuries AD. The city was in the extreme southeast of the Mesoamerican cultural region, on the frontier with the Isthmo-Colombian cultural region, and was almost surrounded by non-Maya peoples. It was occupied for more than two thousand years, from the Early Preclassic period to the Postclassic. The city developed a distinctive sculptural style within the tradition of the lowland Maya, perhaps to emphasize the Maya ethnicity of the city’s rulers.

Copán has a historical record that spans the greater part of the Classic period and has been reconstructed in detail by archaeologists and epigraphers. Copán was a powerful city ruling a vast kingdom within the southern Maya area. The city suffered a major political disaster in AD 738 when Uaxaclajuun Ub’aah K’awiil, one of the greatest kings in Copán’s dynastic history, was captured and executed by his former vassal, the king of Quiriguá. This unexpected defeat resulted in a 17-year hiatus at the city, during which time Copán may have been subject to Quiriguá in a reversal of fortunes.

In the Preclassic period the floor of the Copán Valley was undulating, swampy and prone to seasonal flooding. In the Early Classic, the inhabitants flattened the valley floor and undertook construction projects to protect the city’s architecture from the effects of flooding. Copán had a major influence on regional centers across western and central Honduras, stimulating the introduction of Mesoamerican characteristics to local elites.

At the peak of its power in the Late Classic, the kingdom of Copán had a population of at least 20,000 and covered an area of over 100 square miles (250 square kilometers). The greater Copán area consisting of the populated areas of the valley covered about a quarter of the size of the city of Tikal. It is estimated that the peak population in central Copán was between 6000 and 9000 in an area of 0.23 square miles (0.6 km²), with a further 9,000 to 12,000 inhabitants occupying the periphery — an area of 9 square miles (23.4 km²). Additionally, there was an estimated rural population of 3,000 to 4,000 in a 184-square mile (476 km²) area of the Copán Valley, giving an estimated total population of 18,000 to 25,000 people in the valley during the Late Classic period.

Little is known of the rulers of Copán before the founding of a new dynasty with its origins at Tikal in the early 5th century AD, although the city’s origins can be traced back to the Preclassic period. After this, Copán became one of the more powerful Maya city states and was a regional power in the southern Maya region. However, it suffered a catastrophic defeat at the hands of its former vassal state Quirigua in 738, when the long-ruling king Uaxaclajuun Ub’aah K’awiil was captured and beheaded by Quirigua’s ruler K’ak’ Tiliw Chan Yopaat (Cauac Sky).[14] Although this was a major setback, Copán’s rulers began to build monumental structures again within a few decades.

The area of Copán continued to be occupied after the last major ceremonial structures and royal monuments were erected, but the population declined in the 8th and 9th centuries from perhaps over 20,000 in the city to less than 5,000. This decrease in population took over four centuries to actually show signs of collapse, showing the stability of this site even after the fall of the ruling dynasties and royal families. The ceremonial center was long abandoned and the surrounding valley home to only a few farming hamlets at the time of the arrival of the Spanish in the 16th century.

The first post-Spanish conquest mention of Copán was in an early colonial period letter dated March 8, 1576. The letter was written by Diego García de Palacio, a member of the Royal Audience of Guatemala, to king Philip II of Spain. French explorer Jean-Frédéric Waldeck visited the site in the early 19th century and spent a month there drawing the ruins. Colonel Juan Galindo led an expedition to the ruins in 1834 on behalf of the government of Guatemala and wrote articles about the site for English, French and North American publications. John Lloyd Stephens and Frederick Catherwood visited Copán and included a description, map and detailed drawings in Stephens’ Incidents of Travel in Central America, Chiapas and Yucatán, published in 1841. The site was later visited by British archaeologist Alfred Maudslay. Several expeditions sponsored by the Peabody Museum of Harvard University worked at Copán during the late 19th and early 20th centuries, including the 1892–1893 excavation of the Hieroglyphic Stairway by John G. Owens and George Byron Gordon. The Carnegie Institution also sponsored work at the site in conjunction with the government of Honduras.

The Copán buildings suffered significantly from forces of nature in the centuries between the site’s abandonment and the rediscovery of the ruins. After the abandonment of the city the Copán River gradually changed course, with a meander destroying the eastern portion of the acropolis (revealing in the process its archaeological stratigraphy in a large vertical cut) and apparently washing away various subsidiary architectural groups, including at least one courtyard and 10 buildings from Group 10L–2. The cut is an important archaeological feature at the site, with the natural erosion having created an enormous cross-section of the acropolis. This erosion cut away a large portion of the eastern part of the acropolis and revealed a vertical cross-section that measures 121 feet (37 meters) high at its tallest point and 980 feet (300 m) long. Several buildings recorded in the 19th century were destroyed, plus an unknown amount of the acropolis that was eroded before it could be recorded. In order to avoid further destruction of the acropolis, the Carnegie Institution redirected the river to save the archaeological site, diverting it southwards in the 1930s; the dry former riverbed was finally filled in at the same time as consolidation of the cut in 1990s. Structures 10L–19, 20, 20A and 21 were all destroyed by the Copán River as it eroded the site away, but had been recorded by investigators in the 19th century.

Copán was declared a UNESCO World Heritage Site in 1980, and UNESCO approved funding of US$95,825 between 1982 and 1999 for various works at the site. Looting remains a serious threat to Copán. A tomb was looted in 1998 as it was being excavated by archaeologists.

The Copán site is known for a series of portrait stelae, most of which were placed along processional ways in the central plaza of the city and the adjoining acropolis, a large complex of overlapping step-pyramids, plazas, and palaces. The site has a large court for playing the Mesoamerican ballgame.

The site is divided into various groups, with the Main Group and the Cemetery Group in the site core linked by a sacbe to the Sepulturas Group to the northeast. Central Copán had a density of 3,750 structures per square mile (1449/km²), while in greater Copán as a whole this density fell to 370 per square mile (143/km²) over a surveyed area of 9.5 square miles ( 24.6 km²).

Honduras has released a number of stamps depicting the ruins and artifacts found at Copán starting with various stelae as early as 1927. Additionally, several other issuing entities have portrayed the city on stamps, usually as part of a set picturing UNESCO World Heritage sites. Scott #C619 was originally issued on April 28, 1978, as part of a set of five marking the Honduras ’78 Philatelic Exhibition (Scott #C615-C619). The 1.50-l imperforate souvenir sheet was printed using offset lithography and depicts the ball court at Copán. On September 6, 1978, the stamps were reissued to mark Argentina’s victory in the World Cup with an overprint in red of the Argentina ’78 Soccer Cup emblem and four lines of text:  “Argentina Campeon / Holanda Sub-Campeon / XI Campeonato Mundial / de Football.” The four perforated stamps have Scott catalogue numbers (Scott #C642-C645) but the souvenir sheet does not. It is mentioned in a note saying that “Same overprint was applied to No. C619. Value $45.” 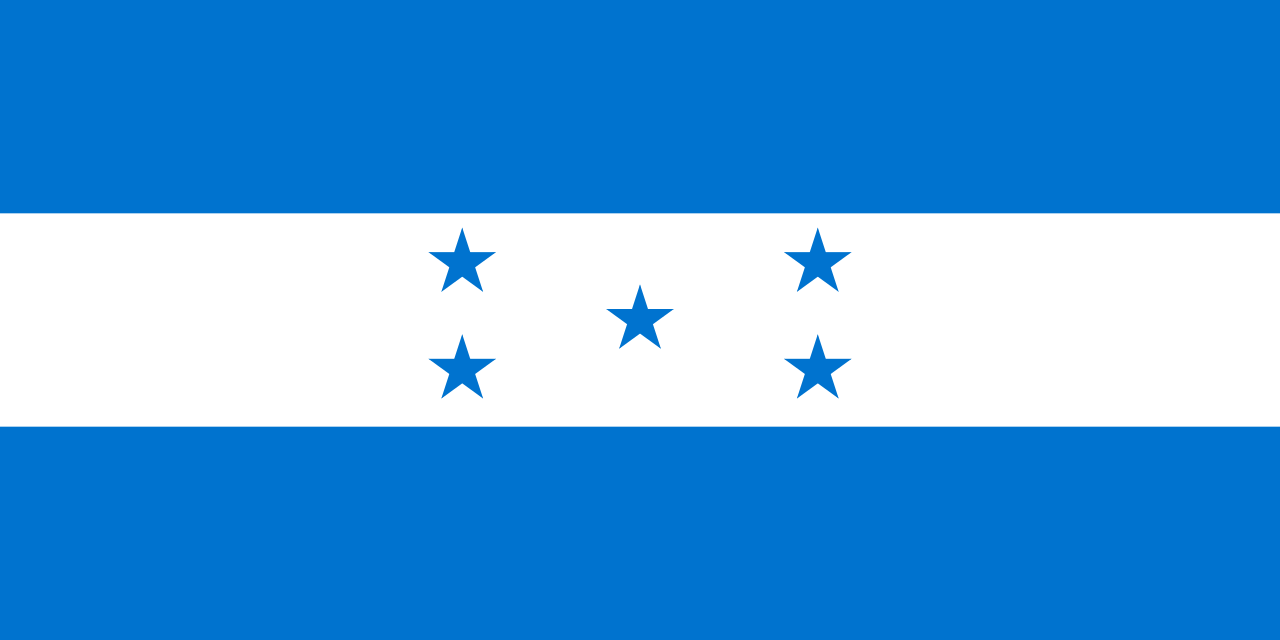 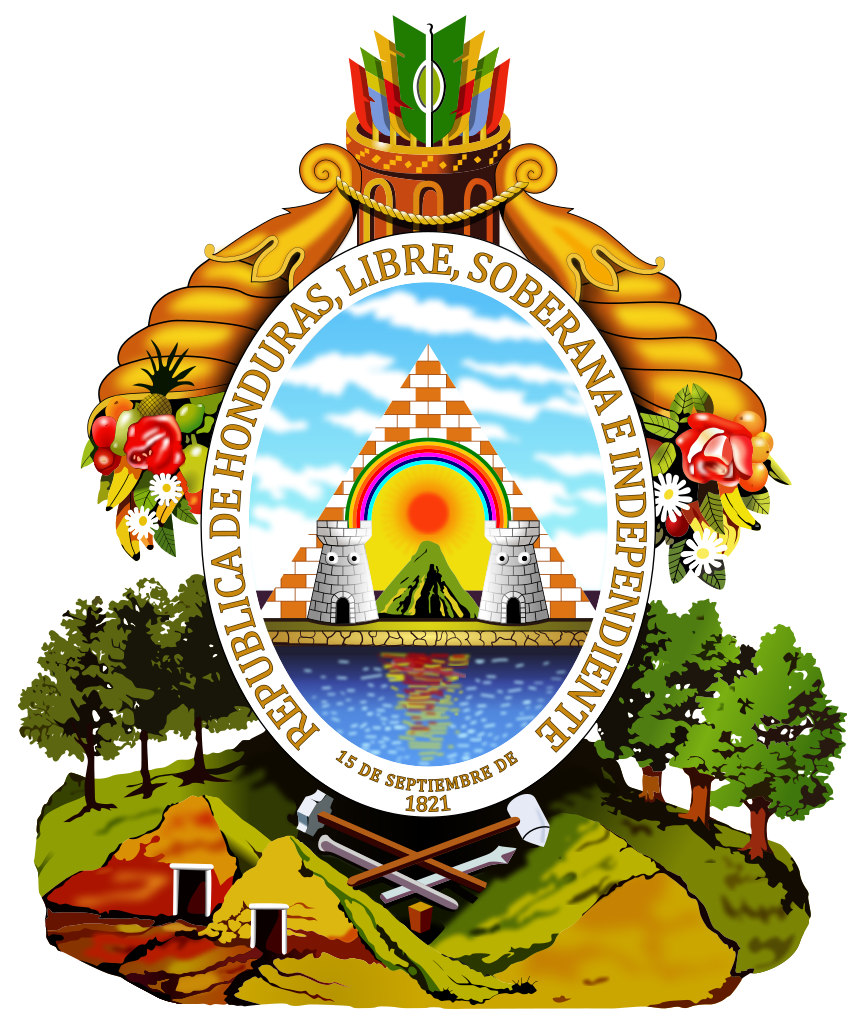 One thought on “The Spanish “Find” Copán”