Today, the 990th blog entry on A Stamp A Day, features two of my personal heroes — one of whom I had the pleasure to hear lecture and meet afterwards. The Isle of Man honored both great scientists in one stamp set issued in 2016 and so it is the perfect match for today’s article. Due to combining the two anniversaries along with limited time (I’m in the middle of a 10-day English camp at a temple school), this entry will be necessarily brief. I hope to give full treatments detailing the accomplishments of both Albert Einstein and Stephen Hawking at some point in the future.

Albert Einstein was born in Ulm, in the Kingdom of Württemberg in the German Empire, on March 14, 1879. His parents were Hermann Einstein, a salesman and engineer, and Pauline Koch. In 1880, the family moved to Munich, where Einstein’s father and his uncle Jakob founded Elektrotechnische Fabrik J. Einstein & Cie, a company that manufactured electrical equipment based on direct current.

Einstein always excelled at math and physics from a young age, reaching a mathematical level years ahead of his peers. The twelve year old Einstein taught himself algebra and Euclidean geometry over a single summer. Einstein also independently discovered his own original proof of the Pythagorean theorem at age 12. A family tutor Max Talmud says that after he had given the 12 year old Einstein a geometry textbook, after a short time “[Einstein] had worked through the whole book. He thereupon devoted himself to higher mathematics… Soon the flight of his mathematical genius was so high I could not follow.” His passion for geometry and algebra led the twelve year old to become convinced that nature could be understood as a “mathematical structure”. Einstein started teaching himself calculus at 12, and as a 14 year old he says he had “mastered integral and differential calculus”. At age 13, Einstein was introduced to Kant’s Critique of Pure Reason, and Kant became his favorite philosopher, his tutor stating: “At the time he was still a child, only thirteen years old, yet Kant’s works, incomprehensible to ordinary mortals, seemed to be clear to him.”

By the time he was 25, Einstein was well on his way to becoming the theoretical physicist who developed the theory of relativity, one of the two pillars of modern physics (alongside quantum mechanics). His work is also known for its influence on the philosophy of science. He is best known to the general public for his mass–energy equivalence formula E = mc2, which has been dubbed “the world’s most famous equation”. He received the 1921 Nobel Prize in Physics “for his services to theoretical physics, and especially for his discovery of the law of the photoelectric effect”, a pivotal step in the development of quantum theory.

Near the beginning of his career, Einstein thought that Newtonian mechanics was no longer enough to reconcile the laws of classical mechanics with the laws of the electromagnetic field. This led him to develop his special theory of relativity during his time at the Swiss Patent Office in Bern (1902–1909), Switzerland. However, he realized that the principle of relativity could also be extended to gravitational fields, and he published a paper on general relativity in 1916 with his theory of gravitation. He continued to deal with problems of statistical mechanics and quantum theory, which led to his explanations of particle theory and the motion of molecules. He also investigated the thermal properties of light which laid the foundation of the photon theory of light. In 1917, he applied the general theory of relativity to model the structure of the universe.

Except for one year in Prague, Einstein lived in Switzerland between 1895 and 1914, during which time he renounced his German citizenship in 1896, then received his academic diploma from the Swiss federal polytechnic school (later the Eidgenössische Technische Hochschule, ETH) in Zürich in 1900. After being stateless for more than five years, he acquired Swiss citizenship in 1901, which he kept for the rest of his life. In 1905, he was awarded a PhD by the University of Zurich. The same year, he published four groundbreaking papers during his renowned annus mirabilis (miracle year) which brought him to the notice of the academic world at the age of 26. Einstein taught theoretical physics at Zurich between 1912 and 1914 before he left for Berlin, where he was elected to the Prussian Academy of Sciences.

In 1933, while Einstein was visiting the United States, Adolf Hitler came to power. Because of his Jewish background, Einstein did not return to Germany. He settled in the United States and became an American citizen in 1940. On the eve of World War II, he endorsed a letter to President Franklin D. Roosevelt alerting him to the potential development of “extremely powerful bombs of a new type” and recommending that the U.S. begin similar research. This eventually led to the Manhattan Project. Einstein supported the Allies, but he generally denounced the idea of using nuclear fission as a weapon. He signed the Russell–Einstein Manifesto with British philosopher Bertrand Russell, which highlighted the danger of nuclear weapons. He was affiliated with the Institute for Advanced Study in Princeton, New Jersey, until his death on April 18, 1955, at the age of 76, having continued to work until near the end.

During the autopsy, the pathologist of Princeton Hospital, Thomas Stoltz Harvey, removed Einstein’s brain for preservation without the permission of his family, in the hope that the neuroscience of the future would be able to discover what made Einstein so intelligent.[148] Einstein’s remains were cremated and his ashes were scattered at an undisclosed location.

In a memorial lecture delivered on December 13, 1965, at UNESCO headquarters, nuclear physicist J. Robert Oppenheimer summarized his impression of Einstein as a person: “He was almost wholly without sophistication and wholly without worldliness … There was always with him a wonderful purity at once childlike and profoundly stubborn.”

Throughout his life, Einstein published hundreds of books and articles. He published more than 300 scientific papers and 150 non-scientific ones. On December 5, 2014, universities and archives announced the release of Einstein’s papers, comprising more than 30,000 unique documents. Einstein’s intellectual achievements and originality have made the word “Einstein” synonymous with “genius.” In addition to the work he did by himself he also collaborated with other scientists on additional projects including the Bose–Einstein statistics, the Einstein refrigerator and others.

In the period before World War II, The New Yorker published a vignette in their “The Talk of the Town” feature saying that Einstein was so well known in America that he would be stopped on the street by people wanting him to explain “that theory”. He finally figured out a way to handle the incessant inquiries. He told his inquirers “Pardon me, sorry! Always I am mistaken for Professor Einstein.”

Einstein has been the subject of or inspiration for many novels, films, plays, and works of music. He is a favorite model for depictions of mad scientists and absent-minded professors; his expressive face and distinctive hairstyle have been widely copied and exaggerated. Time magazine’s Frederic Golden wrote that Einstein was “a cartoonist’s dream come true”.

Many popular quotations are often misattributed to him.

Stephen William Hawking was born on January 8, 1942, in Oxford to Frank and Isobel Eileen Hawking (née Walker). Hawking’s mother was born into a family of doctors in Glasgow, Scotland. His wealthy paternal great-grandfather, from Yorkshire, over-extended himself buying farm land and then went bankrupt in the great agricultural depression during the early 20th century. His paternal great-grandmother saved the family from financial ruin by opening a school in their home. Despite their families’ financial constraints, both parents attended the University of Oxford, where Frank read medicine and Isobel read Philosophy, Politics and Economics. Isobel worked as a secretary for a medical research institute, and Frank was a medical researcher.

In 1950, when Hawking’s father became head of the division of parasitology at the National Institute for Medical Research, the family moved to St. Albans, Hertfordshire. In St. Albans, the family was considered highly intelligent and somewhat eccentric; meals were often spent with each person silently reading a book. They lived a frugal existence in a large, cluttered, and poorly maintained house and traveled in a converted London taxicab. During one of Hawking’s father’s frequent absences working in Africa, the rest of the family spent four months in Majorca visiting his mother’s friend Beryl and her husband, the poet Robert Graves.

Although known at school as “Einstein”, Hawking was not initially successful academically. With time, he began to show considerable aptitude for scientific subjects and, inspired by Tahta, decided to read mathematics at university. Hawking’s father advised him to study medicine, concerned that there were few jobs for mathematics graduates. He also wanted his son to attend University College, Oxford, his own alma mater. As it was not possible to read mathematics there at the time, Hawking decided to study physics and chemistry. Despite his headmaster’s advice to wait until the next year, Hawking was awarded a scholarship after taking the examinations in March 1959.

His scientific works included a collaboration with Roger Penrose on gravitational singularity theorems in the framework of general relativity and the theoretical prediction that black holes emit radiation, often called Hawking radiation. Hawking was the first to set out a theory of cosmology explained by a union of the general theory of relativity and quantum mechanics. He was a vigorous supporter of the many-worlds interpretation of quantum mechanics.

Hawking achieved commercial success with several works of popular science in which he discusses his own theories and cosmology in general. His book A Brief History of Time appeared on the British Sunday Times best-seller list for a record-breaking 237 weeks. I read the book soon after its publication and was thrilled when Hawking gave a lecture at our local community college around late 1989 or early 1990. I attended and was able to say a few (rather incoherent) words to him afterwards. Hawking was a Fellow of the Royal Society (FRS), a lifetime member of the Pontifical Academy of Sciences, and a recipient of the Presidential Medal of Freedom, the highest civilian award in the United States. In 2002, Hawking was ranked number 25 in the BBC’s poll of the 100 Greatest Britons.

In 1963, Hawking was diagnosed with an early-onset slow-progressing form of motor neurone disease (MND; also known as amyotrophic lateral sclerosis “ALS” or Lou Gehrig’s disease) that gradually paralyzed him over the decades. Even after the loss of his speech, he was still able to communicate through a speech-generating device, initially through use of a hand-held switch, and eventually by using a single cheek muscle. He died at his home in Cambridge, England, on March 14, 2018 at the age of 76, after living with the disease for more than 50 years. Hawking was born on the 300th anniversary of Galileo’s death and died on the 139th anniversary of Einstein’s birth.

On March 13, 2019, it was announced that the Royal Mint would issue gold and silver non-circulating commemorative 50 pence coins in honor of Hawking.

On July 1, 2016, Isle of Man Post released a set of six stamp designs to mark 100 years of Einstein’s general theory of relativity and the work of Stephen Hawking. The stamps were personally endorsed and approved by Hawking together with support from The Stephen Hawking Foundation. These were printed by Cartor using offset lithography with foil4 in a traditional gum version, perforated 14 and measuring 40mm x 40mm, as well as a self-adhesive variety measuring 36mm x 36mm. The stamps “use a rare iridescent foil printing technique on the words ‘Isle’ and ‘Man’ and the Queen’s head along with warm earthy colours to create a scientific and atmospheric look and feel to the collection.” The six stamps (45p, 50p, 95p, 127p, 169p, 244p) feature images of Hawking and Einstein along with scientifically accurate diagrams and equations which have led to significant scientific discoveries. 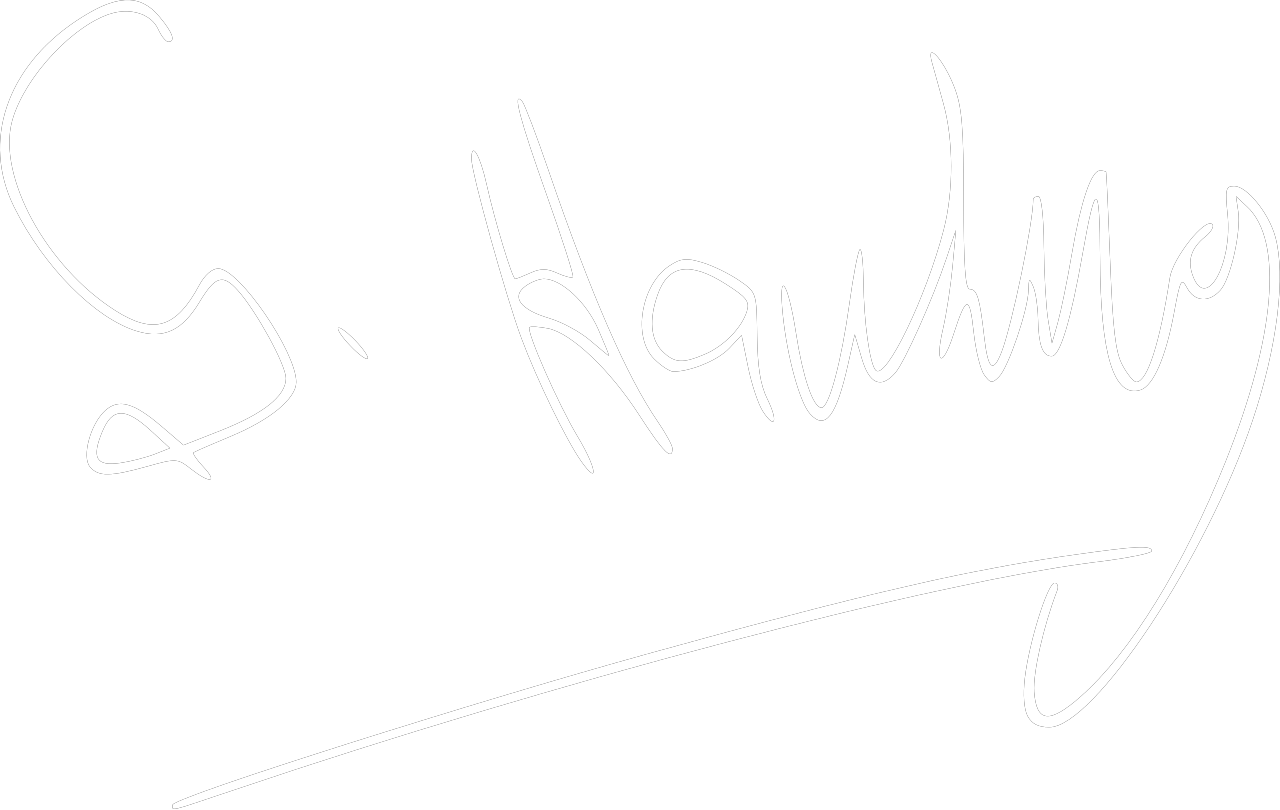 One thought on “Birth of Einstein, Death of Hawking”