UN-Water is the convener for World Water Day and selects a theme for each year in consultation with UN organizations that share an interest in that year’s focus. The theme for 2019 is “Leaving no one behind” and encourages people to consider marginalized groups as these are often overlooked and discriminated against when they try to access safe water. Previous themes for the years 2014 to 2018 were “Water and energy”, “Water and Sustainable Development”, “Water and Jobs'”, “Why waste water?” and “Nature for Water”.

The focus on universal access to clean water, sanitation and hygiene (WASH) is in line with the targets of Sustainable Development Goal 6. The UN World Water Development Report (WWDR) is released each year on World Water Day. Information related to the annual theme gives decision-makers tools to implement sustainable use of water resources.

World Water Day is an international observance day. The intention is to inspire people around the world to learn more about water-related issues and to take action to make a difference.

Relevant issues include water scarcity, water pollution, inadequate water supply, lack of sanitation, and the impacts of climate change (which is set to be the theme of World Water Day 2020). The day brings to light the inequality of access to WASH services and the need to assure the human right to water and sanitation.

Non-governmental organizations active in the WASH sector, such as UNICEF, WaterAid and Water and Sanitation for the Urban Poor (WSUP), use the day to raise public awareness, get media attention for water issues and inspire action. Activities have included releasing publications and films, as well as organizing round tables, seminars and expositions.

More and more initiatives in schools and universities are educating people about the importance of conserving and managing water resources. For example, Michigan State University held a contest for “best World Water Day poster” in 2017. Primary school children in the Philippines participated in a “My School Toilet” contest in 2010.

This day was first formally proposed in Agenda 21 of the 1992 United Nations Conference on Environment and Development in Rio de Janeiro. In December 1992, the United Nations General Assembly adopted resolution A/RES/47/193 by which March 22 of each year was declared World Day for Water.

The theme of 2019 is about tackling the water crisis by addressing the reasons why so many people are being left behind. Marginalized groups — women, children, refugees, indigenous peoples, disabled people — are often overlooked, and may face discrimination, as they try to access safe water. UN Water asserts that “water services must meet the needs of marginalized groups and their voices must be heard in decision-making processes”

In 2016, the World Water Day campaign and related publications reached millions of people through social media, dedicated websites and other channels: The UN-Water annual report states that social media engagement (hashtag #WorldWaterDay) had a maximum potential reach of 1.6 billion people worldwide in 2016. Over 500 events in 1000 countries were registered on the World Water Day website that year.

Water is at the core of sustainable development and is critical for socio-economic development, healthy ecosystems and for human survival itself. Ecosystems across the world, particularly wetlands, are in decline in terms of the services they provide. Between US$4.3 and US$20.2 trillion per year worth of ecosystem services were lost between 1997 and 2011 due to land use change. Water is vital for reducing the global burden of disease and improving the health, welfare and productivity of populations. Today, 2.1 billion people lack access to safely managed drinking water services and 4.5 billion people lack safely managed sanitation services.

Water is also at the heart of adaptation to climate change, serving as the crucial link between the climate system, human society and the environment. Without proper water governance, there is likely to be increased competition for water between sectors and an escalation of water crises of various kinds, triggering emergencies in a range of water-dependent sectors. By 2025, 1.8 billion people are expected to be living in conditions with absolute water scarcity, and two-thirds of the world population could be under water stress conditions. 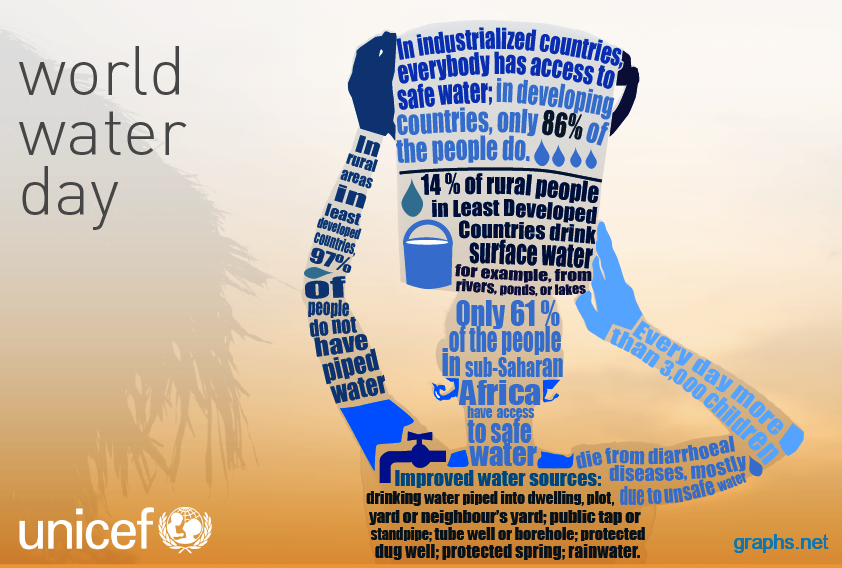 The physical world of water is closely bound up with the socio-political world, with water often a key factor in managing risks such as famine, migration, epidemics, inequalities and political instability. Since 1900, more than 11 million people have died as a consequence of drought and more than 2 billion have been affected by drought, more than any other physical hazard.

Scott #2067 was issued by the postal service of the Oriental Republic of Uruguay (República Oriental del Uruguay) on  March 22, 2004, to mark World Water Day. Designed by Elena Maldonado, there were just 15,000 copies of the 14-peso stamp printed by Imprimex S.A. using the offset lithography process. These were comb-perforated 12¼. 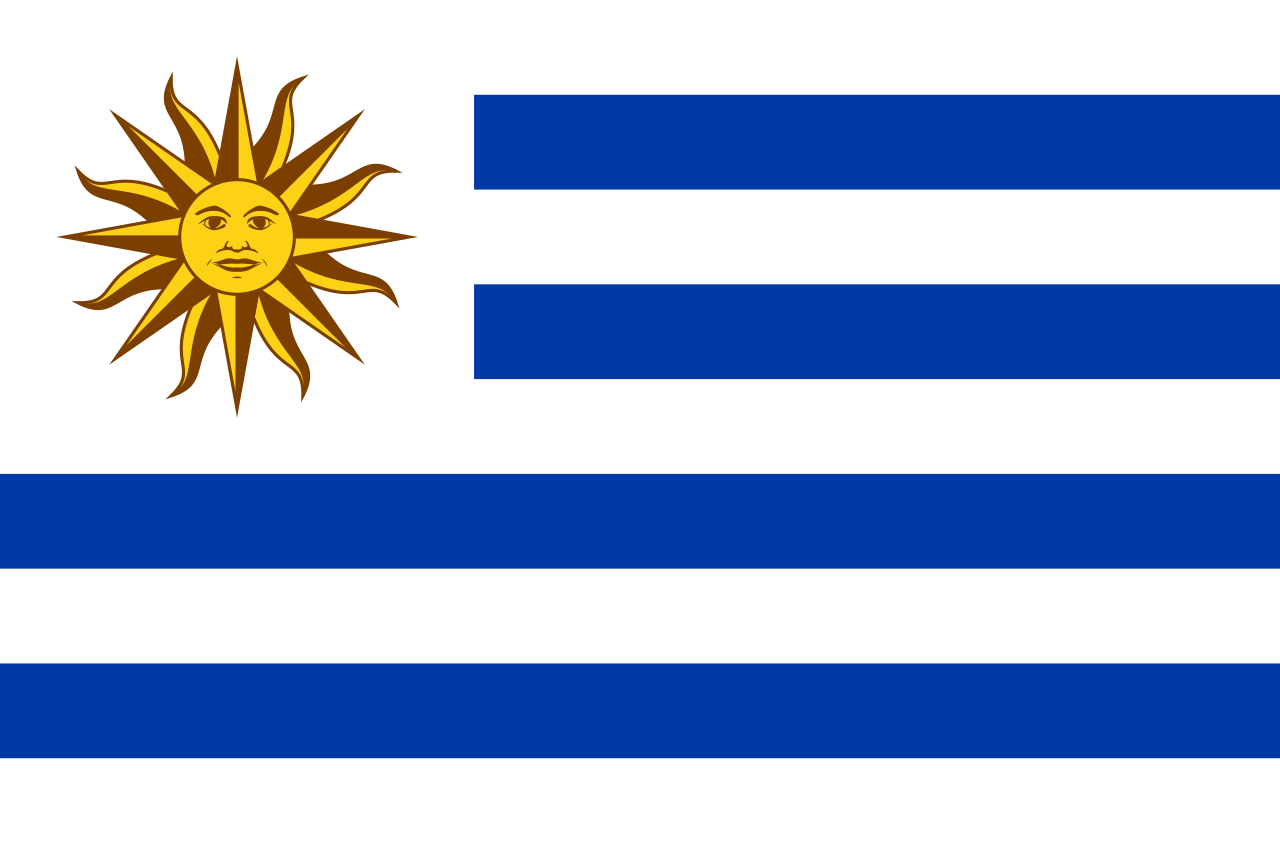 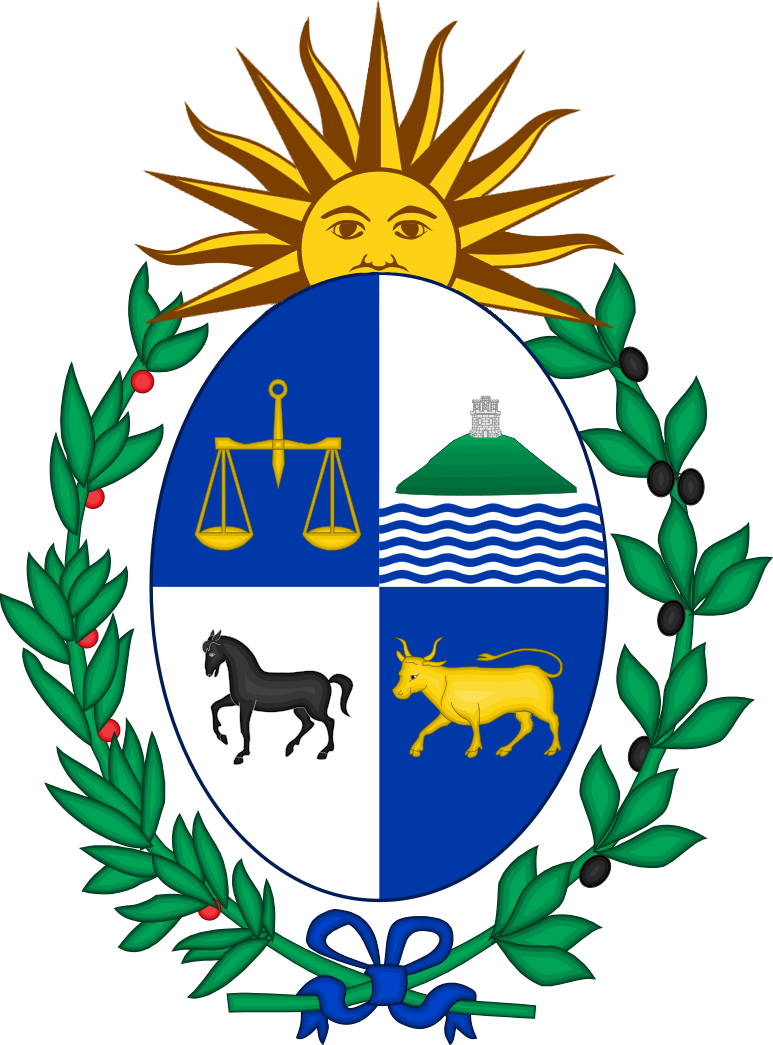