The Coastwatchers, also known as the Coast Watch Organisation, Combined Field Intelligence Service or Section C, Allied Intelligence Bureau, were Allied military intelligence operatives stationed on remote Pacific islands during World War II to observe enemy movements and rescue stranded Allied personnel. They played a significant role in the Pacific Ocean theatre and South West Pacific theatre, particularly as an early warning network during the Guadalcanal campaign. It was an Australian coastwatcher, Arthur Reginald Evans, who found the survivors of the rammed and sunk U.S. Navy Torpedo Boat, PT 109. Then he assisted her captain, future U.S. President John F. Kennedy and his men to escape and to ultimately reach the safety of their own lines.

Captain Chapman James Clare, district naval officer of Western Australia, proposed a coastwatching programme in 1919. The Australian Commonwealth Naval Board first established the coastwatching organization, operated through the Naval Intelligence Division, in 1922. Originally confined to Australia, it expanded after the outbreak of war in 1939 to New Guinea and to the Solomon Islands. About 400 coastwatchers served in total — mostly Australian military officers, New Zealand servicemen, Pacific Islanders, or escaped Allied prisoners of war.

Lieutenant Commander Eric Feldt, based in Townsville, Queensland, led the Australian coastwatch organization during much of World War II. Coastwatchers became particularly important in monitoring Japanese activity in the roughly one thousand islands that make up the Solomon Islands. Commander Feldt resigned his command due to illness in March 1943. His role was taken over by James McManus of the Royal Australian Navy.

The Australian military commissioned many personnel who took part in coastwatcher operations behind enemy lines as officers of the Royal Australian Navy Volunteer Reserve (RANVR) to protect them in case of capture, although the Imperial Japanese Army did not always recognize this status, and executed several such officers. Escaped Allied personnel and even civilians augmented the coastwatchers’ numbers. In one case, three German missionaries assisted the coastwatchers after escaping Japanese captivity, even though Nazi Germany had allied itself with the Empire of Japan during the war.

Feldt code-named his organization “Ferdinand”, taking the name from a popular children’s book about a bull, The Story of Ferdinand. He explained this by saying:

Ferdinand … did not fight but sat under a tree and just smelled the flowers. It was meant as a reminder to coastwatchers that it was not their duty to fight and so draw attention to themselves, but to sit circumspectly and unobtrusively, gathering information. Of course, like their titular prototype, they could fight if they were stung.

In June 1942 “Ferdinand” became part of the Allied Intelligence Bureau, which came under the Allies’ South West Pacific Area (command) (SWPA). However Feldt reported both to GHQ, SWPA, in Brisbane and to the United States-Australian-British Fleet Radio Unit in Melbourne (FRUMEL), which came under the Pacific Ocean Areas command.[5]

In early November 1942, two coastwatchers named Read and Mason on Bougainville Island radioed early warnings to the United States Navy about Japanese warship and air movements (citing the numbers, type, and speed of enemy units) preparing to attack the U.S. Forces in the Solomon Islands. Admiral William Halsey, Jr. later said that the two men had saved Guadalcanal because their reports allowed U.S. forces to launch aircraft in time to engage the attackers.

One of the most highly decorated coastwatchers was Sergeant Major Sir Jacob C. Vouza, who retired from the local constabulary in 1941, volunteered for coastwatcher duty, and was captured and interrogated brutally. He survived and escaped to make contact with U.S, Marines warning them of an impending Japanese attack. He recovered from his wounds and continued to scout for the Marines. He was awarded the Silver Star and Legion of Merit by the United States, and later received a knighthood as well as became a Member of the Order of the British Empire.

In 1943, Lt. (j.g.) John F. Kennedy of the United States Navy — a future President — and 10 fellow crew members were shipwrecked after the sinking of their boat, the PT-109. An Australian coastwatcher, Sub-Lt Arthur Reginald Evans, observed the explosion of the PT-109 when it was rammed by a Japanese destroyer. Despite U.S. Navy crews giving up the downed crew as a complete loss, Evans dispatched Solomon Islander scouts Biuku Gasa and Eroni Kumana in a dugout canoe to search for survivors. The two scouts found the men after searching for five days. Lacking paper, Kennedy scratched a message on a coconut describing the plight and position of his crew; Gasa and Kumana then paddled 38 miles through Japanese-held waters, at great personal risk, to deliver the message to Evans, who radioed the news to Kennedy’s squadron commander. Kennedy was rescued shortly afterward, and 20 years later welcomed Evans to the White House. Gasa did not make the trip, later claiming he received the invitation to attend but was fooled into not attending by British colonial officials. Gasa left his village and arrived in Honiara, but was not allowed to leave in time for the ceremony.

“After the rescue Kennedy said he would meet us again,” Kumana says in The Search for Kennedy’s PT-109. “When he became President, he invited us to visit him. But when we got to the airport, we were met by a clerk, who said we couldn’t go — Biuku and I spoke no English. My feelings went for bad.”

When the Japanese overran the Gilbert Islands in 1942, 17 New Zealand coastwatchers were captured. Imprisoned at Tarawa, they were executed by the Japanese in October 1942 following an American air raid.

The Cape Expedition was the deliberately misleading name given to a secret five-year wartime program of establishing coastwatching stations on New Zealand’s more distant uninhabited subantarctic islands. The decision to do so was made by the New Zealand Government’s War Cabinet in December 1940, with the program terminating at the end of the Pacific War in 1945.

It was suspected that the 6,000-ton German merchant vessel Erlangen, which had sailed from Dunedin, supposedly for Australia, on August 26, 1939 — shortly before war had been declared in Europe — had, instead, supplemented her meager coal reserves with timber from the Auckland Islands and headed for South America. The suspicion was later confirmed when the first coastwatchers in the program found areas of newly cut Southern Rata forest at Carnley Harbour on Auckland Island. Moreover, the loss of the ships SS Holmwood and MS Rangitane to German raiders in November 1940 gave rise to the suspicion that the raiders were using the subantarctic islands as bases.

The Cape Expedition program was managed by the Public Works Department’s Aerodrome Services Branch. The auxiliary schooner Tagua, carrying the first contingent of coastwatchers, sailed from Wellington on March 5, 1941. The ship reached the Aucklands on March 10 and sheltered in the natural harbor of Port Ross before proceeding to Carnley Harbour, arriving there on the 13th.

Three stations were established, at Ranui Cove in Port Ross at the northern end, and at Carnley Harbour at the southern end, of Auckland Island, and at Perseverance Harbour, Campbell Island. The stations were small, with four men (increased to five in the second year) at each. At first the coastwatchers were civilians, but all were attested as privates in the New Zealand Army from December 1942.

The stations consisted of portable prefabricated huts with double plywood walls and double windows. Each station also had a dinghy with an outboard motor. Because it was understood that resupplying them could be problematic and sporadic, the stations were provided with three years’ supply of food, clothing and other consumables. A larger vessel, the 57-ton MV Ranui with a crew of four, was based at Waterfall Inlet in the Aucklands to serve as a link between the stations and, in an emergency, the outside world.

Early instructions to the coastwatchers emphasized concealment, with emergency radios set up in the scrub near each station. As well as their primary task of keeping their eyes on the sea for ships, the men (no women were involved) carried out surveys, took weather measurements, and made observations on the wildlife of the islands. Each station made radio contact daily with New Zealand, at staggered times to minimize the risk of their presence becoming known. The men were relieved yearly, though a few repeated their tours of duty; two of them spent three years on the islands, with the naturalist J.H. Sorensen spending four years on Campbell Island.

A popular recreational activity, which also supplied fresh meat to supplement the preserved food rations, was hunting the introduced species of wildlife on the islands. On Auckland Island there were wild pigs and, on Enderby Island, wild cattle and blue rabbits. On Campbell Island the feral sheep provided high quality lamb and mutton.

Although no enemy ships were sighted during the duration of the program, the secondary work carried out by the coastwatchers proved successful. From June 1942 the stations began reporting weather conditions daily; the reports were so valuable that in the third year of the program trained meteorologists joined the relief parties. Surveyors, geologists and naturalists also became part of the program, during the fourth and fifth years of which a special party of three completed the survey of the island groups. When the coastwatchers were demobilised on October 15, 1945, and withdrawn, the Campbell Island station was retained as part of New Zealand’s weather forecasting service. Many of the scientific results garnered through the work of the Cape Expedition’s coastwatchers were later published by the New Zealand Department of Scientific and Industrial Research in its Cape Expedition Series of bulletins.

Scott #333 was released by the Solomon Islands on May 24, 1976, to commemorate the 200th anniversary of the start of the American Revolutionary War and the United States Declaration of Independence on July 4, 1776. The 6-Australian cent stamp depicts a group of coastwatchers observing Japanese naval vessels off the coast of the Solomon Islands. The stamps were printed using offset lithography and comb-perforated 14. 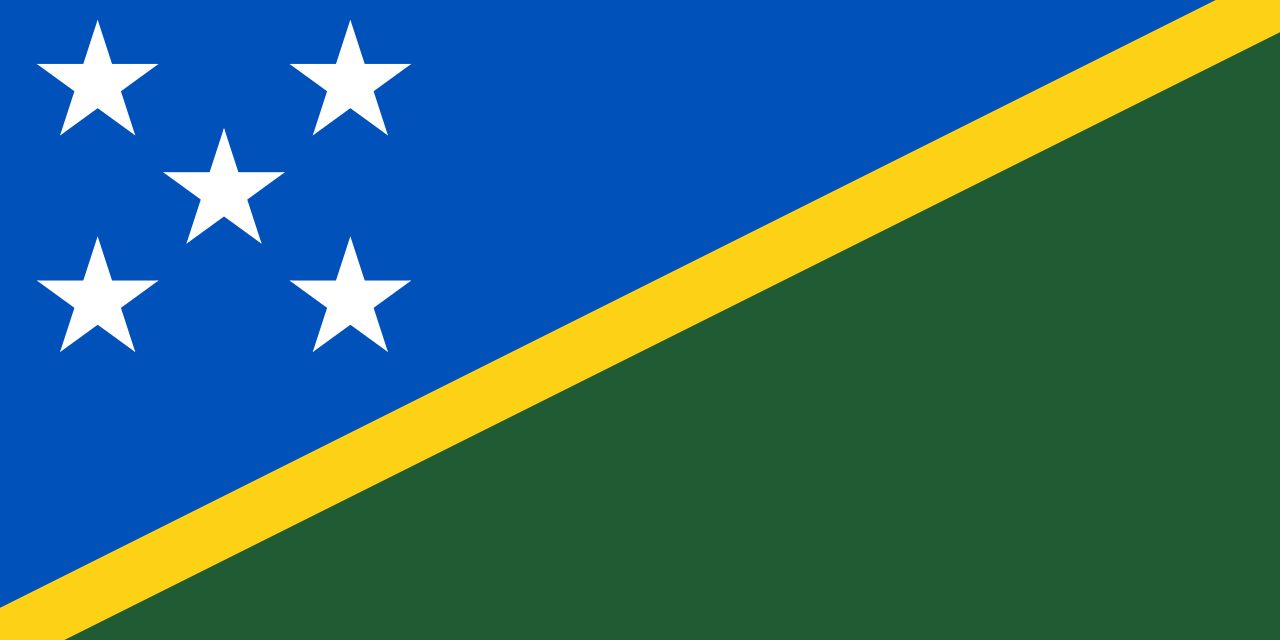 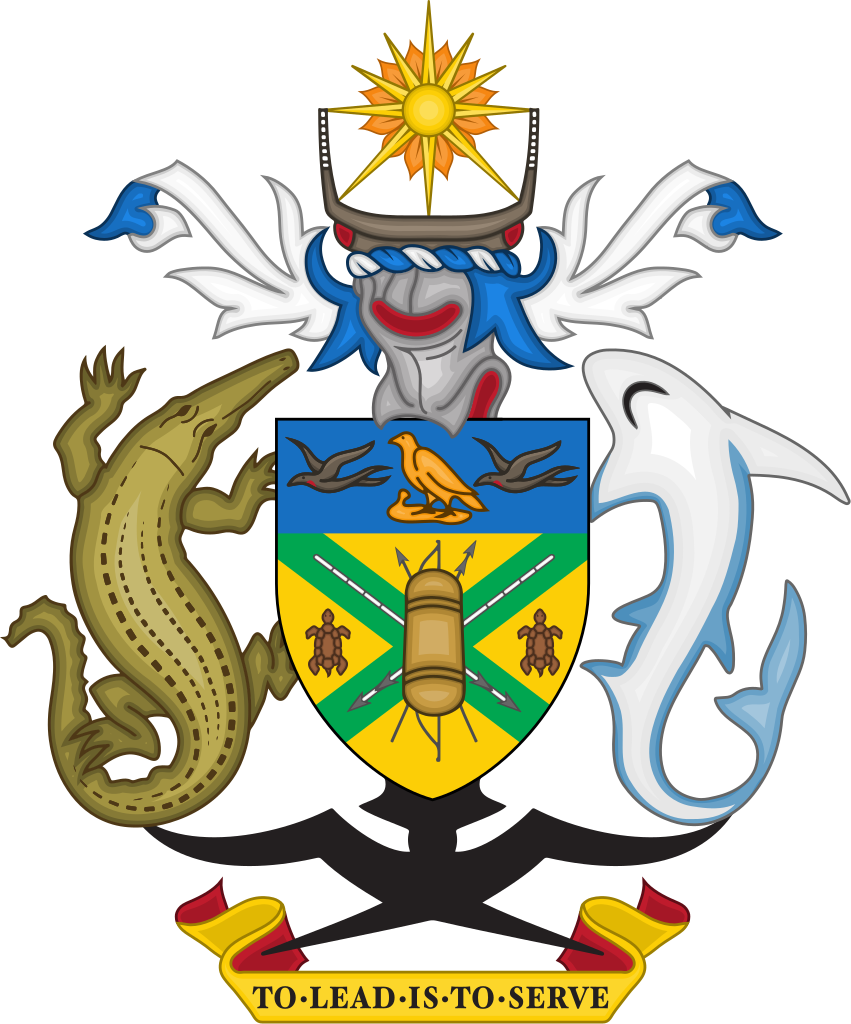 One thought on “Post #999: Coastwatchers in the Solomon Islands”