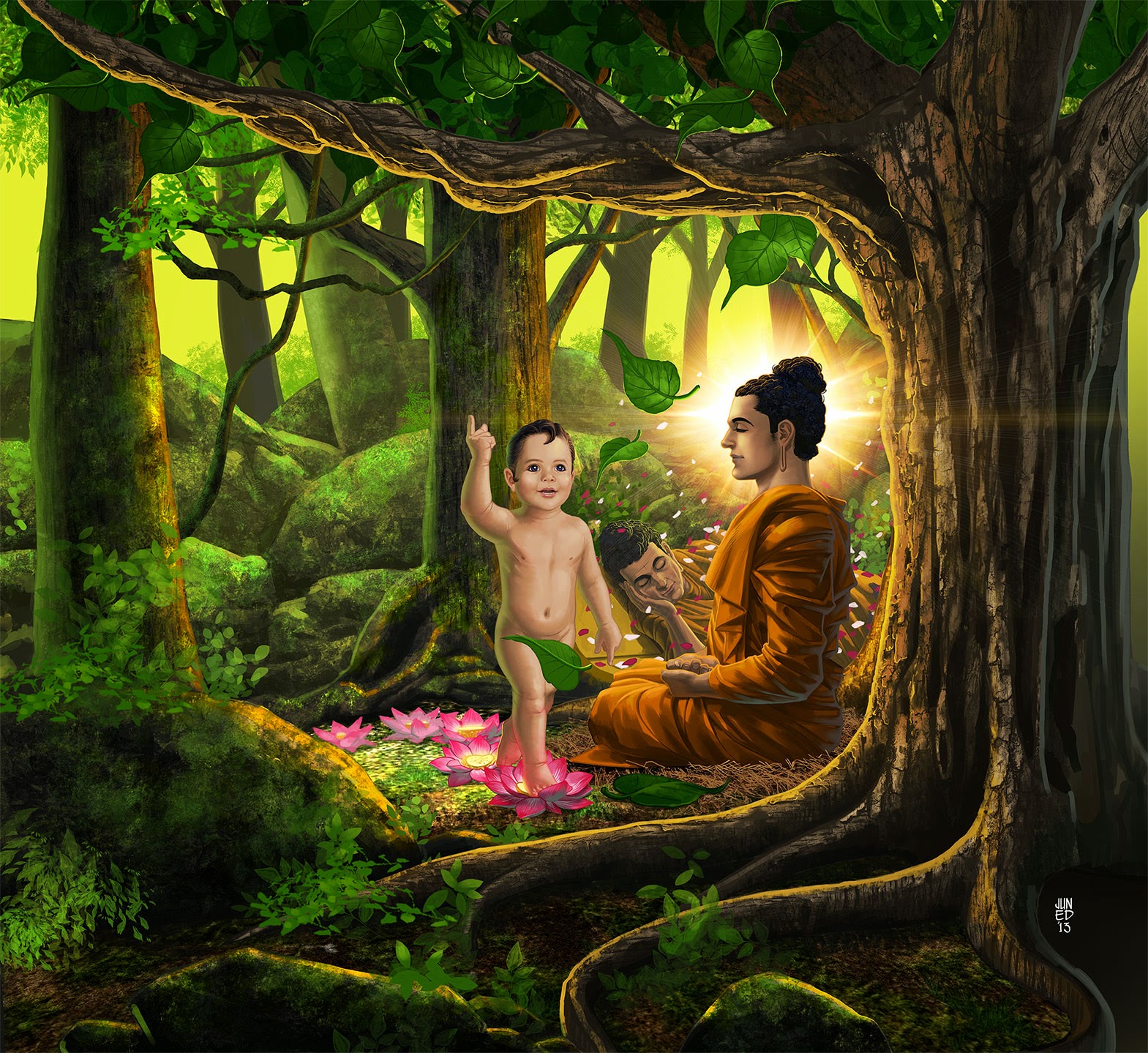 Today, many Buddhists in Thailand are participating in ceremonies for one of the most important dates on the calendar. Vesaka Bucha (วิสาขบูชา) commemorates the birth, enlightenment (Buddhahood), and death (Parinirvāna) of Gautama Buddha in the Theravada or southern tradition. It is also known as Buddha Jayanti, Buddha Purnima and Buddha Day and is traditionally observed by Buddhists and some Hindus on different days in India, Sri Lanka, Nepal, Tibet, Bangladesh, Bhutan, Indonesia, Singapore, Thailand, Cambodia, Laos, Malaysia, Myanmar, Mongolia and the Philippines and in China, Japan, Korea, Taiwan and Vietnam as “Buddha’s Birthday” as well as in other parts of the world.

On Vesak, devout Buddhists and followers alike assemble in their various temples before dawn for the ceremonial and honorable hoisting of the Buddhist flag and the singing of hymns in praise of the holy triple gem: The Buddha, The Dharma (his teachings), and The Sangha (his disciples). Devotees may bring simple offerings of flowers, candles and joss-sticks to lay at the feet of their teacher. These symbolic offerings are to remind followers that just as the beautiful flowers would wither away after a short while and the candles and joss-sticks would soon burn out, so too is life subject to decay and destruction. Devotees are enjoined to make a special effort to refrain from killing of any kind. They are encouraged to partake of vegetarian food for the day. In some countries, notably Sri Lanka, two days are set aside for the celebration of Vesak and all liquor shops and slaughter houses are closed by government decree during the two days.

Also birds, insects and animals are released by the thousands in what is known as a ‘symbolic act of liberation’ of giving freedom to those who are in captivity, imprisoned, or tortured against their will. The practice, however, is banned in some countries such as Singapore, as it is believed that the released animals are unable to survive long-term and may adversely impact the local ecosystem if they do.

Some devout Buddhists will wear a simple white dress and spend the whole day in temples with renewed determination to observe the eight precepts.

Devout Buddhists undertake to lead a noble life according to the teaching by making daily affirmations to observe the Five Precepts. However, on special days, notably new moon and full moon days, they observe the eight precepts to train themselves to practice morality, simplicity, and humility.

Some temples also display a small statue of the Buddha in front of the altar in a small basin filled with water and decorated with flowers, allowing devotees to pour water over the statue; it is symbolic of the cleansing of a practitioner’s bad karma, and to reenact the events following the Buddha’s birth, when devas and spirits made heavenly offerings to him.

Devotees are expected to listen to talks given by monks. On this day, monks will recite verses uttered by the Buddha twenty-five centuries ago to invoke peace and happiness for the government and the people. Buddhists are reminded to live in harmony with people of other faiths and to respect the beliefs of other people as the Buddha taught.

Celebrating Vesak also means making special efforts to bring happiness to the unfortunate like the aged, the handicapped and the sick. To this day, Buddhists will distribute gifts in cash and kind to various charitable homes throughout the country. Vesak is also a time for great joy and happiness, expressed not by pandering to one’s appetites but by concentrating on useful activities such as decorating and illuminating temples, painting and creating exquisite scenes from the life of the Buddha for public dissemination. Devout Buddhists also vie with one another to provide refreshments and vegetarian food to followers who visit the temple to pay homage to the Enlightened One.

Tradition ascribes to the Buddha himself instruction on how to pay him homage. Just before he died, he saw his faithful attendant Ananda, weeping. The Buddha advised him not to weep, but to understand the universal law that all compounded things (including even his own body) must disintegrate. He advised everyone not to cry over the disintegration of the physical body but to regard his teachings (The Dhamma) as their teacher from then on, because only the Dhamma truth is eternal and not subject to the law of change. He also stressed that the way to pay homage to him was not merely by offering flowers, incense, and lights, but by truly and sincerely striving to follow his teachings.

In Thailand this year, the actual school and government holiday occurs on Monday, 20 May B.E. 2562. That is the Buddhist Era year as proclaimed in Thailand (which is actually a year behind the B.E. 2563 observed in Cambodia, Myanmar, Sri Lanka, and Indonesia.

In 1999, the United Nations General Assembly adopted resolution 54/115, entitled ‘International recognition of the Day of Vesak at United Nations Headquarters and other United Nations offices’. The resolution internationally recognized the Day of Vesak to acknowledge the contributions that Lord Buddha and Buddhism have made for over two and a half millennia. It also called for annual commemoration of the Day at the UN Headquarters, in New York, and other UN offices around the world.

The Day of Vesak is an official holiday for the UN offices in many of the countries in South-East Asia.