A Thai of Chinese origin, she graduated from Hatyaiwittayalai Somboonkulkanya Middle School and Assumption University with a bachelor’s degree in communication arts in 2000. Suthida was formerly a flight attendant for Jalways Airlines — which is now part of Japan Airlines — from 2000 to 2003 and later Thai Airways in 2003 till 2008.

Suthida was appointed commander of Crown Prince Vajiralongkorn’s household guard in August 2014. Suthida was linked romantically to the crown prince following his divorce from Srirasmi Suwadee. In October 2016, international media reports labeled her as the designated king’s “consort”, despite the palace never officially declaring their relationship. Her name is consistent with naming conventions for wives of Thai princes. On December 1, 2016, she was appointed Commander of the Special Operations Unit of the King’s Guard and promoted to the rank of general. She reached her present rank after only six years of service.

On June 1, 2017, Suthida was appointed as acting commander of Royal Thai Aide-de-camp Department following the reorganization of the Royal Security Command. On October 13, 2017, she was named a Dame Grand Cross (First Class) of The Most Illustrious Order of Chula Chom Klao, which bestows the title Than Phu Ying (ท่านผู้หญิง). She is the first female officer to receive this honor since 2004 and the first in the reign of King Rama X. From that date until her marriage with the king, her full title and name was Than Phu Ying Suthida Vajiralongkorn na Ayudhya (ท่านผู้หญิงสุทิดา วชิราลงกรณ์ ณ อยุธยา).

On May 1, 2019, King Vajiralongkorn married Suthida who became the his queen consort, three days before the coronation took place in Bangkok on May 4-6. The marriage registration took place at the Amphorn Sathan Residential Hall in Bangkok, with her sister-in-law Princess Sirindhorn and President of Privy Council Prem Tinsulanonda as witnesses. Between May 1 and 4, her she was known as Somdet Phra Rajini Suthida (สมเด็จพระราชินีสุทิดา). Upon her husband’s coronation, Queen Suthida became Somdet Phra Nang Chao Suthida Bajrasudhabimalalakshana Phra Borommarajini (สมเด็จพระนางเจ้าสุทิดา พัชรสุธาพิมลลักษณ พระบรมราชินี).

In Thai, Queen’s Suthida’s Birthday is วันเฉลิมพระชนมพรรษาสมเด็จพระนางเจ้าสุทิดา พัชรสุธาพิมลลักษณ พระบรมราชินี or Wan Chaloem Phra Chonmaphansa Somdet Phra Nang Chao Suthida Phatcharasutha Phimon Lak Phra Borommarachini and was designated as a new national holiday late last month. Government offices and schools are closed (although my language school remains open today) and I observed a few new royal portraits alongside the roadways in Phuket this morning along with purple and yellow bunting and several new royal portraits at major intersections. Her Royal Biography was released yesterday.

Thailand Post has yet to release a stamp portraying our new queen. I suspect that the first will be released one year from today to mark her 42nd birthday in 2020. In the meantime, I created five designs for my own local post, that of Republica Phuketia. There are four vertically-oriented rectangular designs, each denominated 25 farang (a sub-unit of eth). A 50-farang square stamp completes the set. These are the first Republica Phuketia stamps to be released in 2019 and have the MPLP (Muang Phuket Local Post) catalogue numbers of Ph51-55.

[NOTE: An identical version of this article but containing additional images in a slideshow, including an English version of the official Royal Biography of HM Queen Suthida appears on my Philatelic Pursuits blog.] 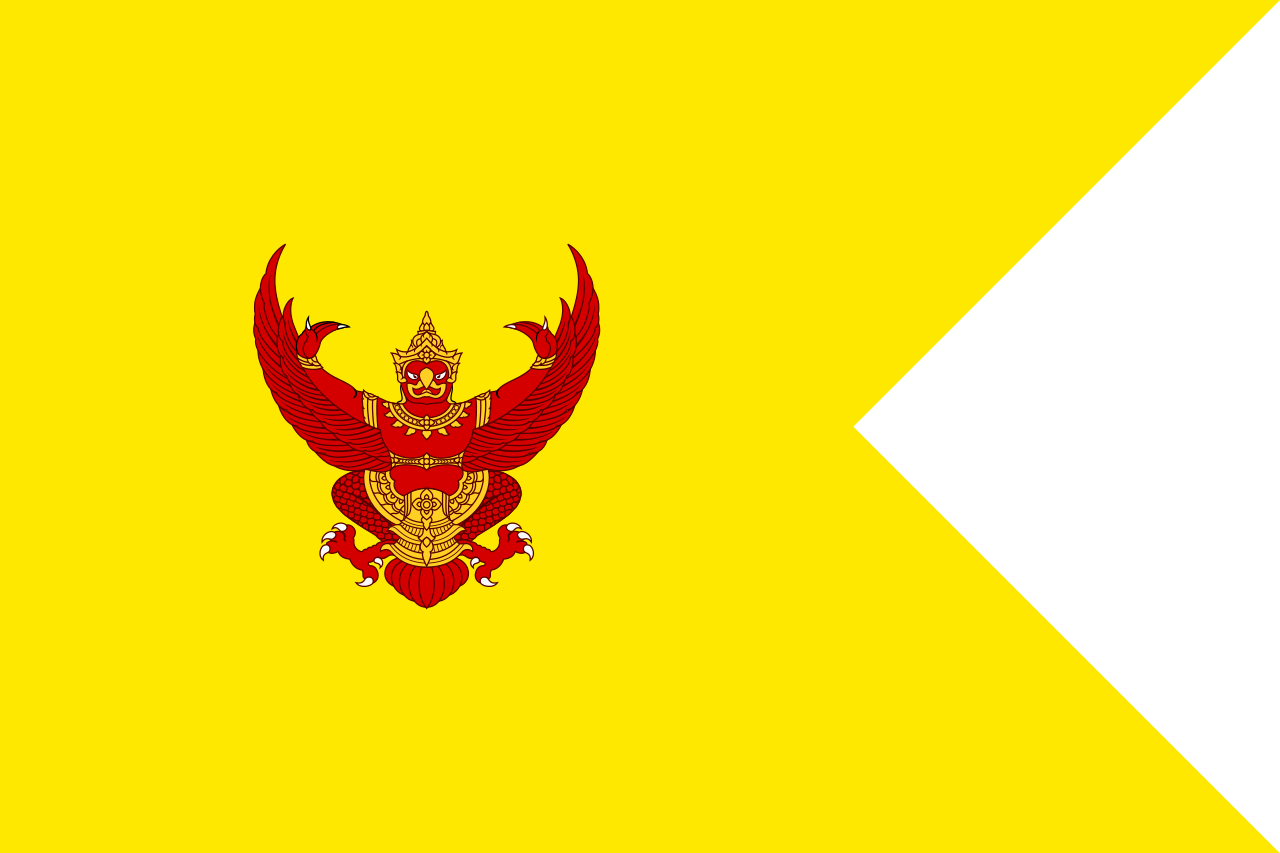 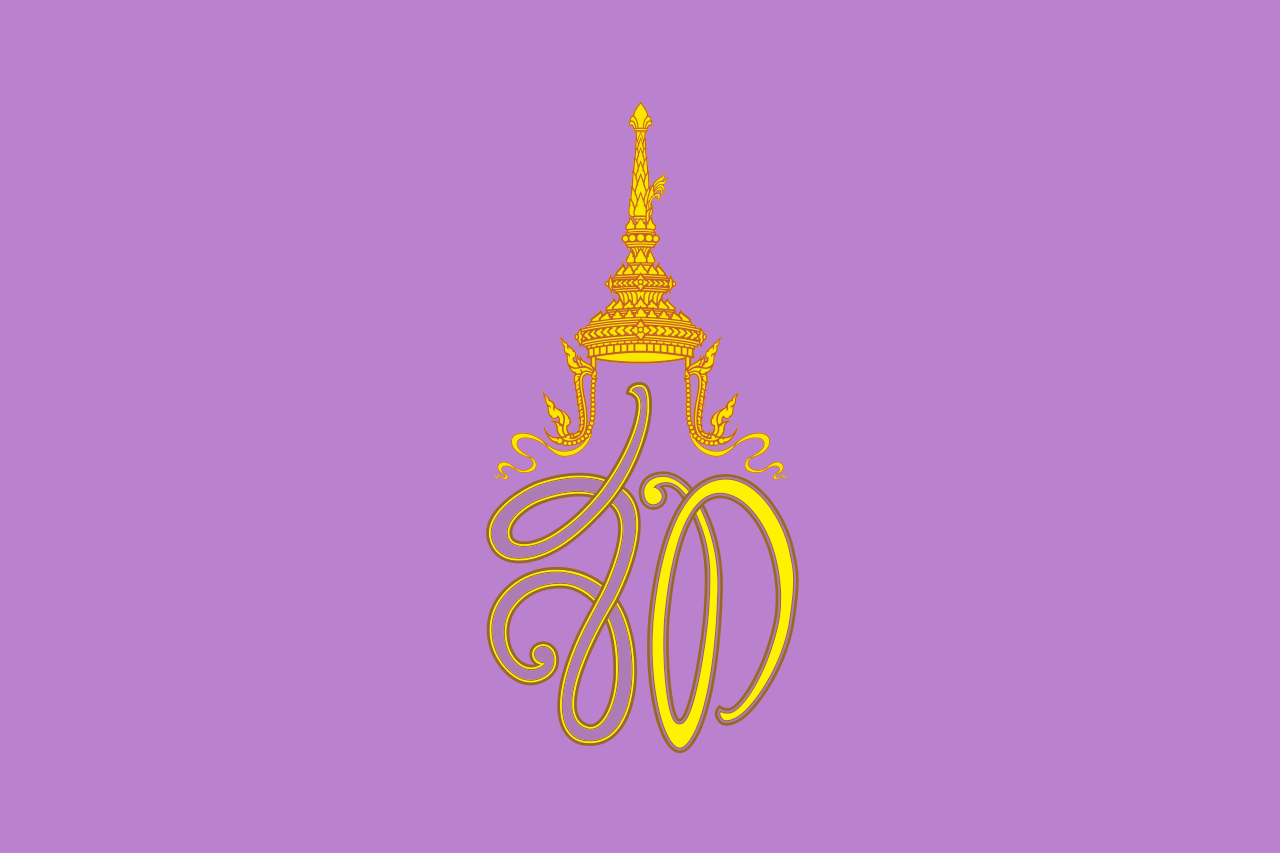