During this lengthy stay-at-home period (I think I just passed Day 50 of being essentially unemployed), I have spent quite a bit of time online.  I am usually pursuing images and information for new stamp issues to add to my Philatelic Pursuits site. I had decided to make tracking as many 2020 stamp issues as possible my primary stamp-related goal for the year and will do something different next year.

I have also found myself staying away from Facebook for the most part but gravitating towards Twitter.  I’ve had a Twitter account since 2008 but mostly it was a place where articles published on my blogs would be automatically shared (as they are with Facebook). I never paid much attention to it before a couple of months ago. Now I am hooked, and prefer the philatelic content to that on Facebook. 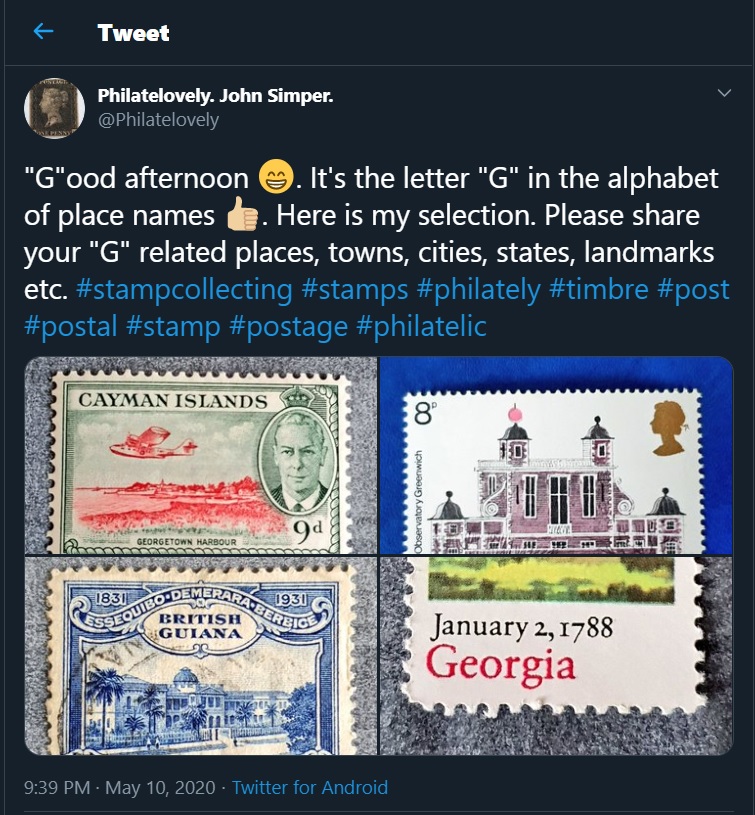 A big part of that is due to a user known as @Philatelovely who has been heading daily alphabetically-themed posts.  I believe he is on his third run through the alphabet since the start of the general worldwide shutdown. When I discovered his threads about a month ago, each day was a random topic based on a letter of the alphabet.  Users would then post stamps from their own collections fitting that day’s theme.  For example, F was “fruit on stamps”, R was “round stamps” and Y was “yellow stamps”.  X was left it up to the participants so there was a range between x-rays and xylophones.

The current alphabet series involves place names, either printed on the stamps themselves or visual representation only. Places such as towns, cities, states, landmarks, building names, etc. are all fair game.  Using the issuing entity’s name is a bit frowned upon, deemed too easy. The initial “A” post stated “no countries allowed” so I have been avoiding the U.S. Overrun Countries issues and the Flag Series released by the United Nations.  Yesterday’s “F” proved daunting and I ended up using a stamp that the United States had released to mark the 50th anniversary of Finland’s independence.  Maybe using a country name on a stamp issued by a different country is okay (and the word “Finland” rarely appears on their own stamps, as the name is “Suomi” in Finnish). 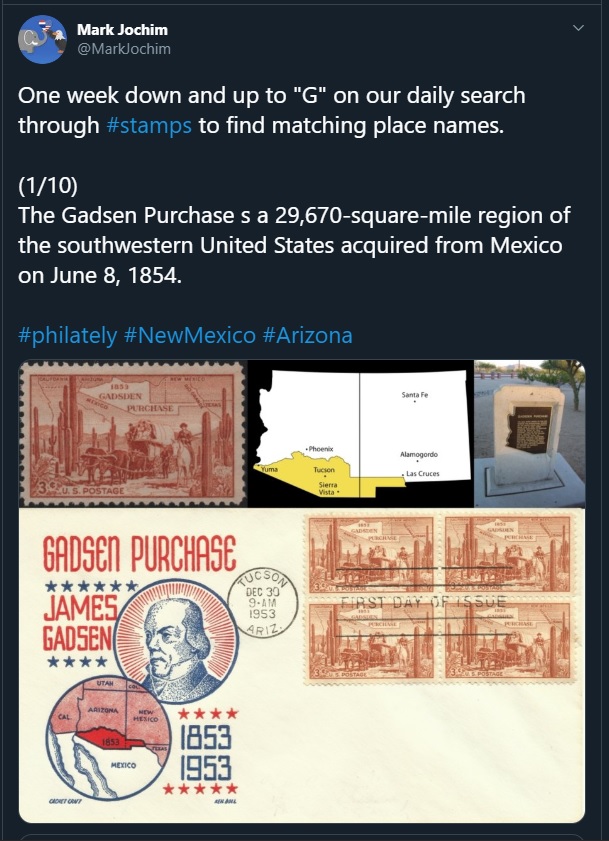 Today’s letter was G and I had a fair number.  Increasingly, I have been adding bits of information on each location represented by the stamp.  It can be difficult to summarize the essential information of a place given the 280-character limit of each Tweet (readers of ASAD know that brevity is not my strong suit). Sometimes I am more successful than others.  Occasionally, I attempt a personal recollection.

In addition to replying on the original thread, I have taken to posting each day to my own account.  I usually use the same stamps but sometimes write the Tweets a bit differently.  Scattered in this article are screen shots from my “G” stamps posted today.  I would be thrilled if you would follow me on Twitter.  I post under the name @MarkJochim. 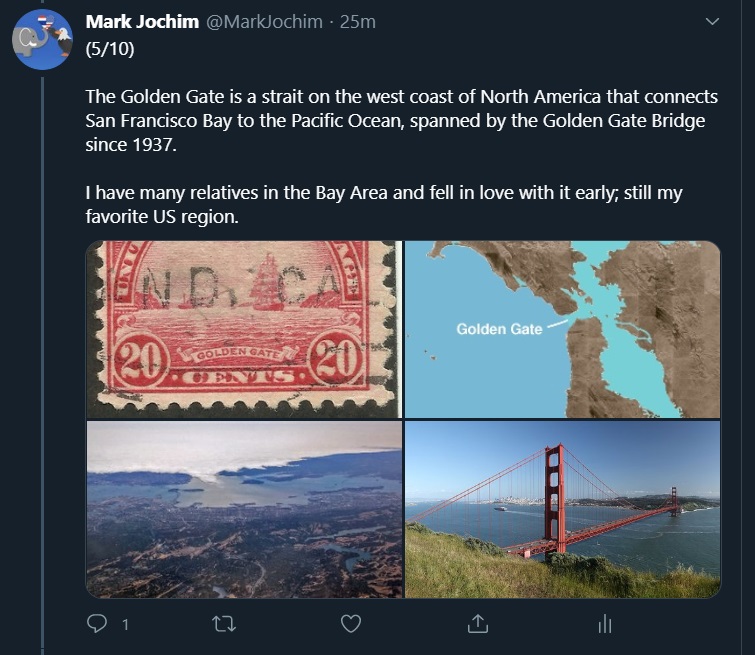 There may also come a time when I decide to expand one of these place name Tweets into a full-fledged ASAD article (many of the places today have already appeared here, in fact). I am also thinking about creating short video presentations about chosen stamps at some point.  I have learning about how to teach online and making similar videos will become a part of my job once we return to work.  What better way to practice than to make philatelic videos?  I still have much to learn but there may be a trial run in the very near future.

At any rate, I have been enjoying my daily dips into my collection searching for stamps to match each letter of the alphabet and then putting them together.  I look at it as a miniaturized version of A Stamp A Day. 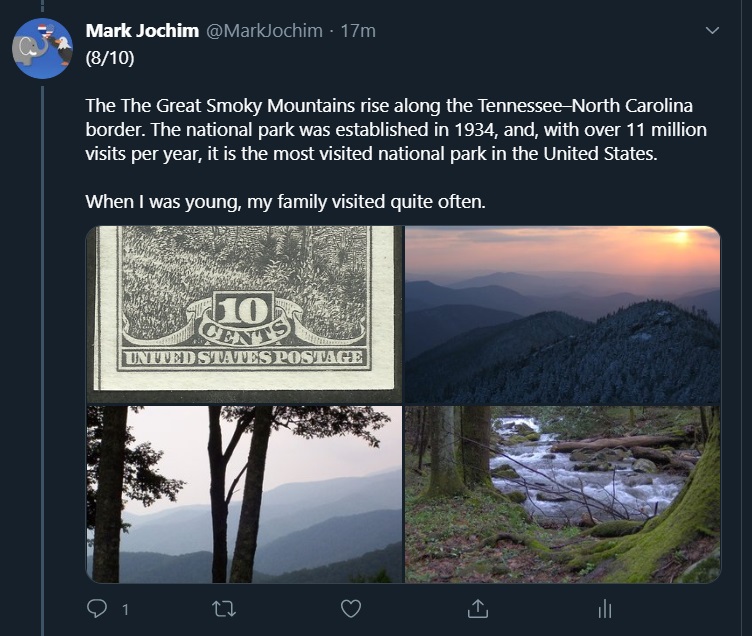