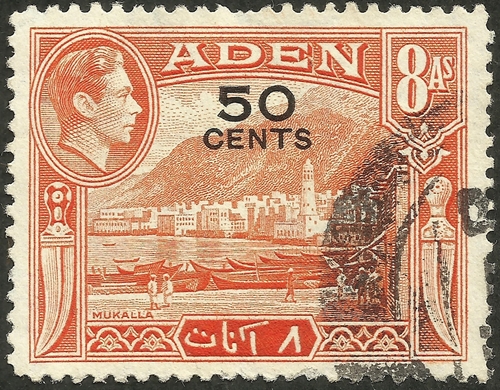 Mukalla (المكلا‎ — Al Mukallā) is a seaport and the capital city of Yemen’s Hadhramaut Governorate. The city is located in the southern part of Arabia on the Gulf of Aden, on the shores of the Arabian Sea. Mukalla is 300 miles (480 kilometers) east of Aden and is the most important port in the Hadhramaut, the largest governorate in Yemen. It was founded in … END_OF_DOCUMENT_TOKEN_TO_BE_REPLACED 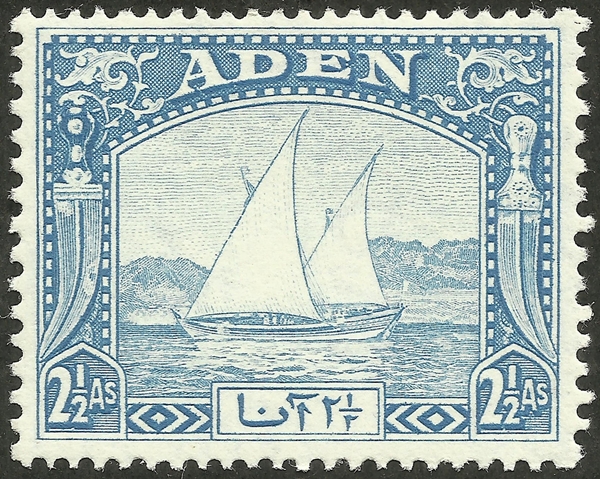 When I started my “A Stamp From Everywhere” collection several years ago — since retitled, “Stamps From (Almost) Everywhere” — I naturally began at the top of the alphabet; I received my first Aden stamp before my first from Abu Dhabi. In fact, it was probably the beautifully engraved stamps of the colony that caused me to deviate from my original task of having to … END_OF_DOCUMENT_TOKEN_TO_BE_REPLACED 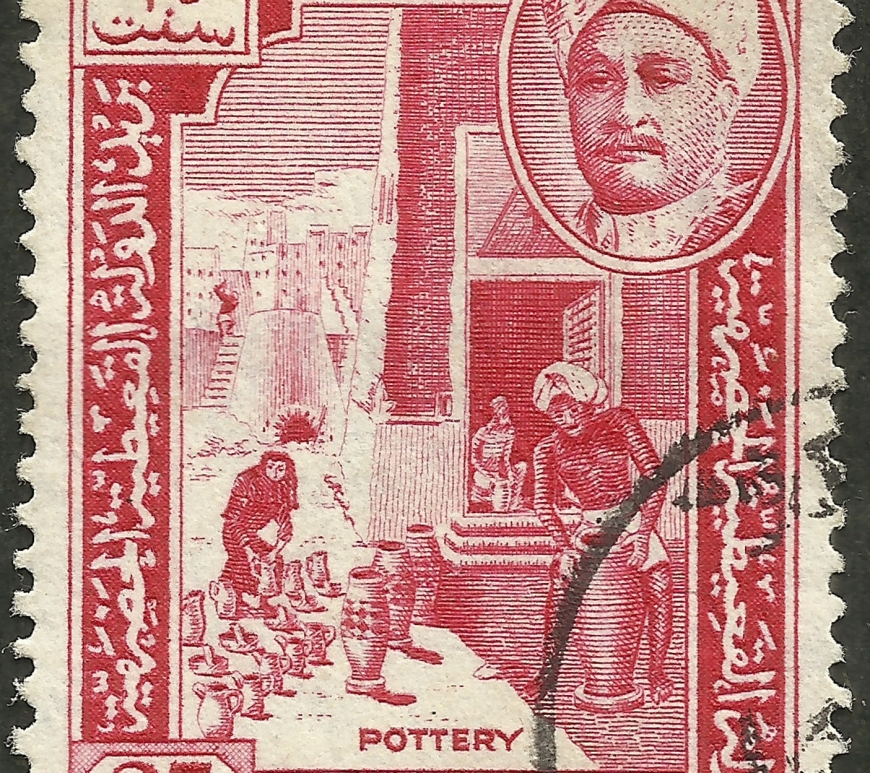 The Qu’aiti State in Hadhramaut (الدولة القعيطية الحضرمية‎‎) is the same place as yesterday’s subject, the Qu’aiti Sultanate of Shihr and Mukalla (سلطنة الشحر والمكلاا‎‎), located in the Hadhramaut region of the southern Arabian Peninsula in what is now Yemen. The name was changed in 1955 and it continued being administered as part of Aden’s Eastern Protectorate. Covering approximately 70,000 square miles, Qu’aiti was the third … END_OF_DOCUMENT_TOKEN_TO_BE_REPLACED 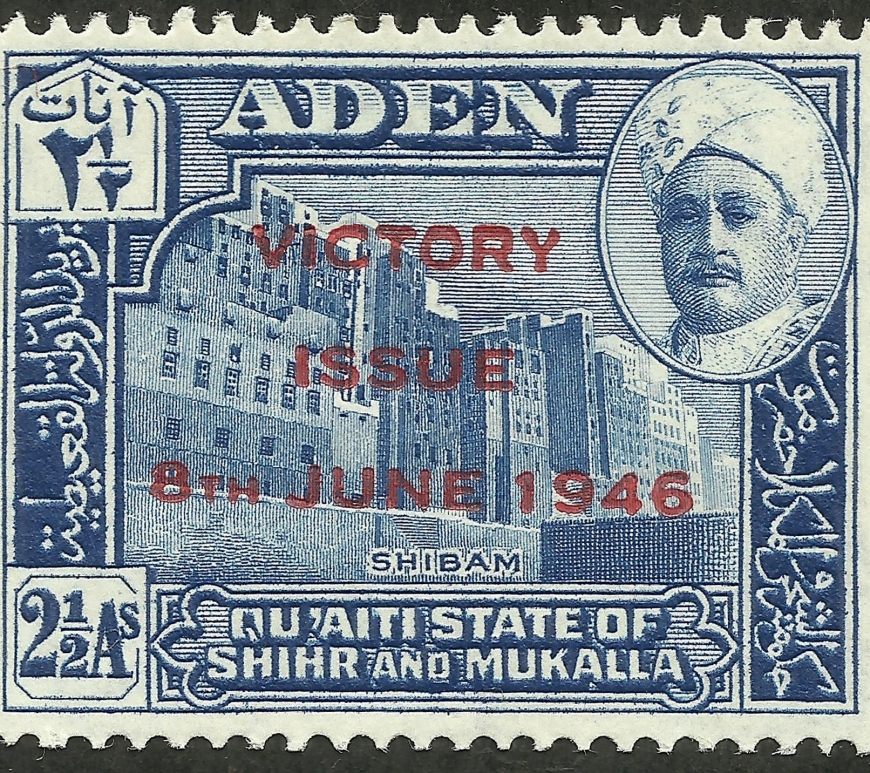 The Qu’aiti Sultanate of Shihr and Mukalla (سلطنة الشحر والمكلاا‎‎  — al-Salṭanah al-Qu‘ayṭīyah fī ash-Shiḥr wal-Mukallā in Arabic), was a sultanate in the Hadhramaut region of the southern Arabian Peninsula, in what is now Yemen. Covering 73,359 square miles (190,000 km²), roughly the size of England and Wales, Qu’aiti was the third largest kingdom in Arabia after the Kingdom of Saudi Arabia and the Sultanate of … END_OF_DOCUMENT_TOKEN_TO_BE_REPLACED 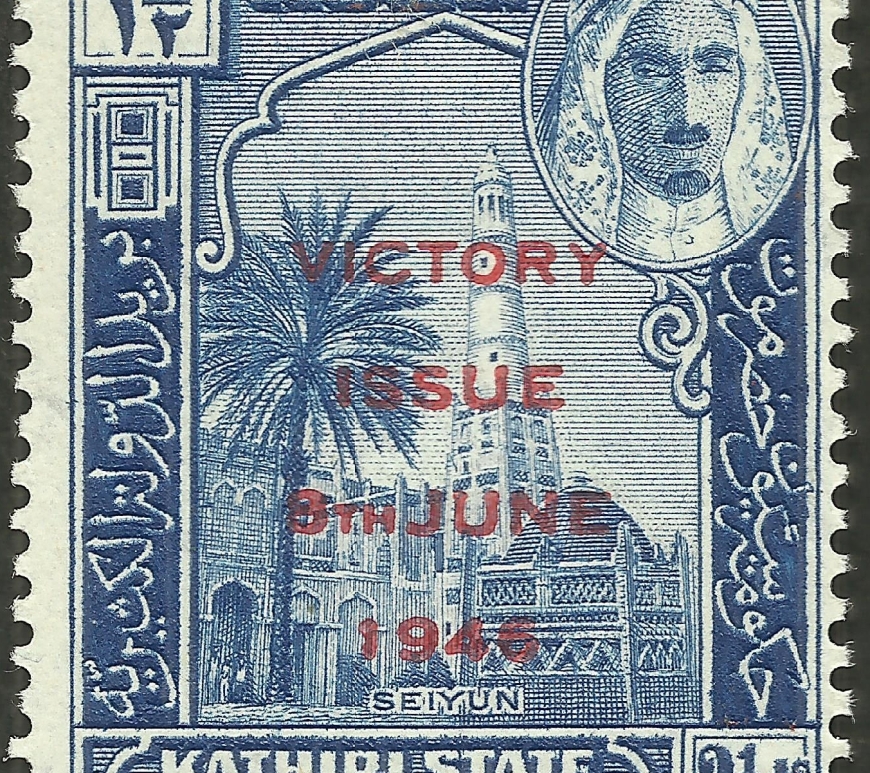 The Kathiri State of Seiyun in Hadhramaut (السلطنة الكثيرية – سيؤن – حضرموت‎‎ — al-Salṭanah al-Kathīrīyah Sayʾūn  Ḥaḍramawt) was a sultanate in the Hadhramaut region of the southern Arabian Peninsula, in what is now part of Yemen and the Dhofar region of Oman. From 1940, Kathiri was administered as part of the Eastern Protectorate of the Aden Protectorate (محمية عدن‎‎ — Maḥmiyyat ‘Adan), a British protectorate … END_OF_DOCUMENT_TOKEN_TO_BE_REPLACED 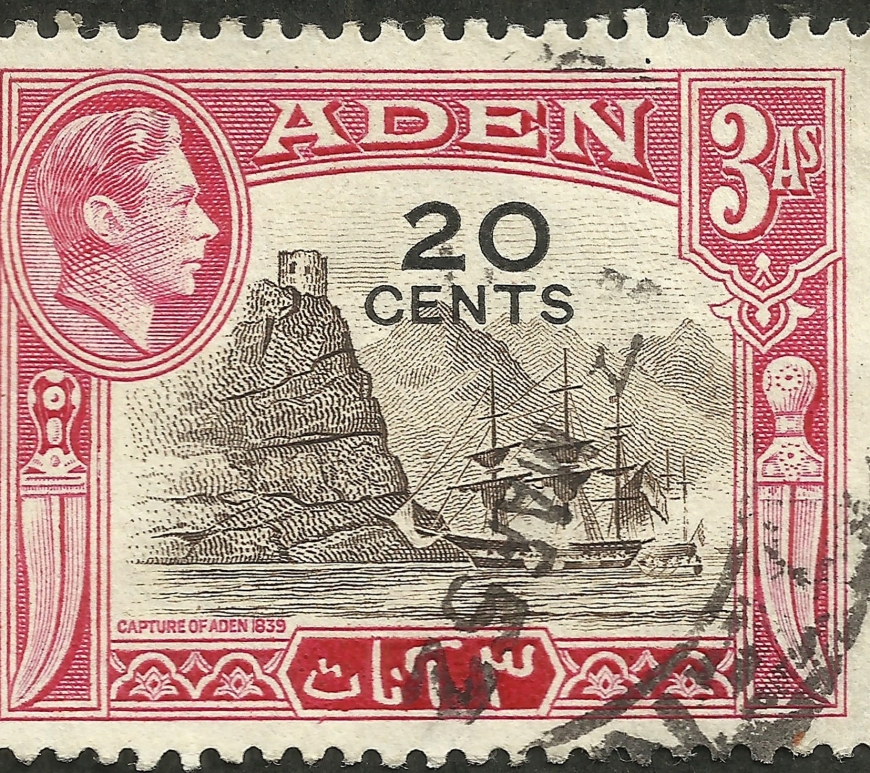 On January 19, 1839, the British East India Company landed Royal Marines at Aden to occupy the territory and stop attacks by pirates against British shipping to India. The British Army considered Aden an important place due to its location, as the Navy could easily access the port at Aden for fueling purposes. Following Britain’s treaty concerning the colonization of territory in the present day Yemen, … END_OF_DOCUMENT_TOKEN_TO_BE_REPLACED 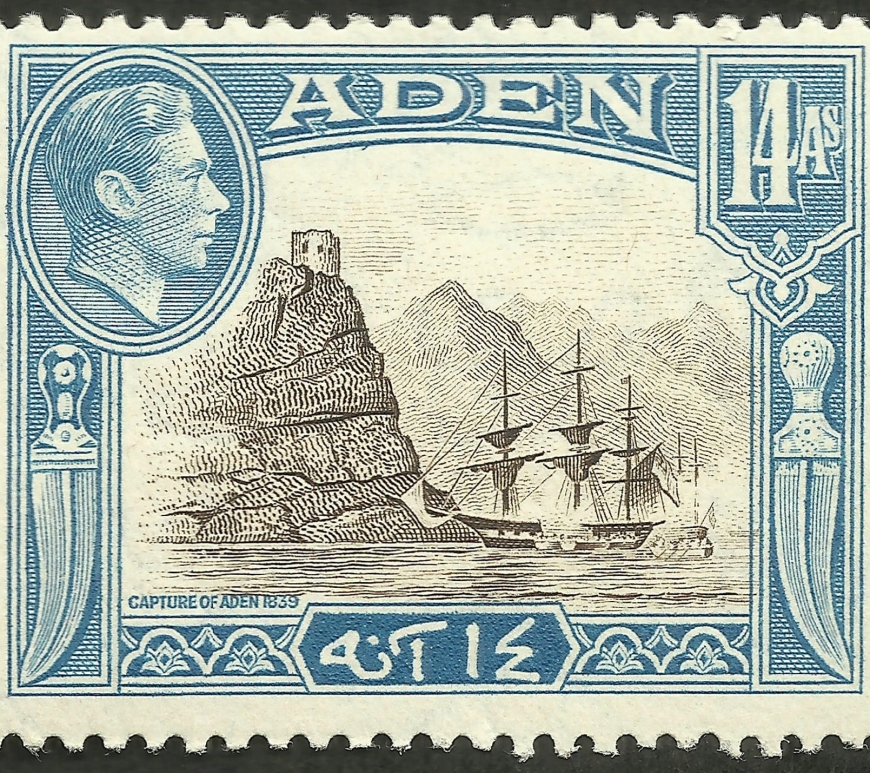 One of the countries that I avidly collect is the Southern Arabian British crown colony of Aden which issued stamps between 1937 and 1965.  Before that, it used Indian colonial stamps.  I currently have 40 out of 81 the colony released.  My favorite stamp (thus far) from Aden is Scott #23a which was released on January 15, 1945.  I love the detail of the engraving on … END_OF_DOCUMENT_TOKEN_TO_BE_REPLACED