On February 26, 1815, Napoléon Bonaparte escaped from the island of Elba. The French emperor had been exiled there after his forced abdication following the Treaty of Fontainebleau in 1814. He arrived at Portoferraio on May 30, 1814, and was allowed to keep a personal guard of 600 men. Napoléon was nominally sovereign of Elba, although the nearby sea was patrolled by the French and … END_OF_DOCUMENT_TOKEN_TO_BE_REPLACED 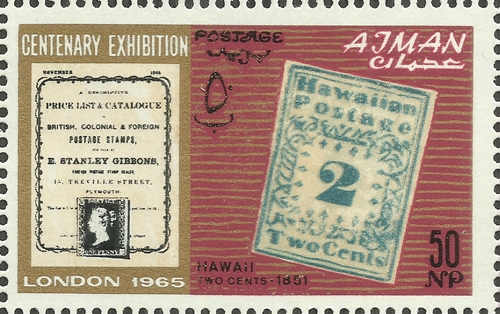 Stamp catalogues are the primary tool used by serious collectors to organize their collections, and for the identification and valuation of stamps. These list postage stamp types with descriptions — usually accompanied by illustrations — and prices. Most stamp shops have stamp catalogues available for purchase. A few catalogues are offered on-line, either free or for a fee. There are hundreds of different catalogues, most specializing … END_OF_DOCUMENT_TOKEN_TO_BE_REPLACED 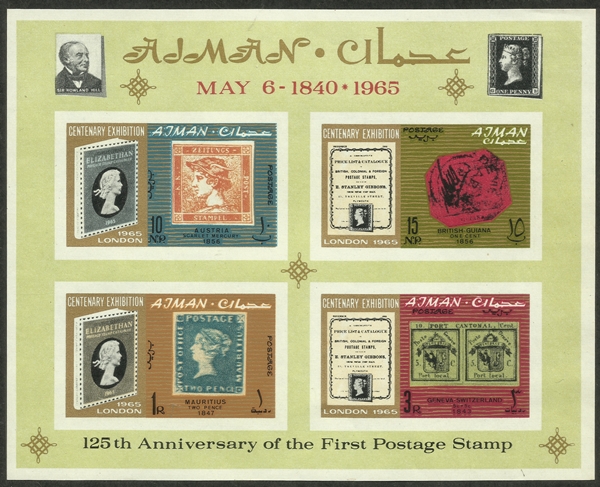 May 6, 1840, is a date well known to most philatelists and stamp collectors. It was on this day that the world’s first pre-paid adhesive postage stamp used in a public postal system was officially released. This was a one-penny stamp printed in black ink with an elegant engraving of the young Queen Victoria (whose 21st birthday was celebrated that month). Released by Great Britain, … END_OF_DOCUMENT_TOKEN_TO_BE_REPLACED

The United Arab Emirates (دولة الإمارات العربية المتحدة‎‎ — Dawlat al-Imārāt al-‘Arabīyah al-Muttaḥidah), sometimes simply called the Emirates (الإمارات‎‎ — al-Imārāt) or the UAE, is a federal absolute monarchy — a federation of seven emirates established on December 2, 1971. It is is situated in the Middle East, bordering the Gulf of Oman and the Persian Gulf, bordering Oman to the east and Saudi Arabia … END_OF_DOCUMENT_TOKEN_TO_BE_REPLACED

Ajman is the smallest of seven emirates, formerly known as the Trucial States, centrally located on the western coast of the present-day United Arab Emirates in eastern Arabia.  In 1948, the British Postal Agencies in Eastern Arabia were set up to provide postal services to countries in the region with mail processed in Dubai using stamps issued for the Trucial States.  The first post office … END_OF_DOCUMENT_TOKEN_TO_BE_REPLACED