On January 29, 1819, Sir Thomas Stamford Bingley Raffles, FRS, arrived at Singapore after having landed on Saint John’s Island the previous day. He soon recognized the island as a natural choice for the new port.The establishment of a British trading post there by Raffles led to its founding as a British colony in 1824. This event has generally been understood to mark the founding … END_OF_DOCUMENT_TOKEN_TO_BE_REPLACED

On August 11, 1786, Captain Francis Light of the British East India Company established the British Settlement of Prince of Wales Island which later became the Colony of Penang in what is now Malaysia. The capital of the colony —George Town — was the first British colony in Southeast Asia. Captain Light had previously tried to convince the East India Company to establish a settlement on Phuket … END_OF_DOCUMENT_TOKEN_TO_BE_REPLACED

The Socialist Republic of Vietnam (Cộng hòa xã hội chủ nghĩa Việt Nam), is the easternmost country on the Indochina Peninsula in Southeast Asia. With an estimated 94.6 million inhabitants as of 2016, it is the world’s 14th-most-populous country, and the ninth-most-populous Asian country. Vietnam is bordered by China to the north, Laos to the northwest, Cambodia to the southwest, Thailand across the Gulf of Thailand to the southwest, and the Philippines, Malaysia and Indonesia across the South China Sea to the east and southeast. Its capital city has been Hanoi since the … END_OF_DOCUMENT_TOKEN_TO_BE_REPLACED

The Kingdom of Thailand (ราชอาณาจักรไทย — Ratcha Anachak Thai) is a country at the center of the Indochinese peninsula in Southeast Asia. With a total area of 198,120 square miles (513,120 square kilometers), Thailand is the world’s 50th largest country. It is the 20th most populous country in the world, with 67,959,000 people (2015 estimate). Officially called the Kingdom of Rattanakosin (อาณาจักรรัตนโกสินทร์ — Anachak Rattanakosin) from … END_OF_DOCUMENT_TOKEN_TO_BE_REPLACED

The Straits Settlements (نݢري٢ سلت — Negeri-negeri Selat in Malay or 叻嶼呷/海峽殖民地in Chinese) were a group of British territories located in Southeast Asia. Originally established in 1826 as part of the territories controlled by the British East India Company, the Straits Settlements came under direct British control as a Crown colony on April 1, 1867. The colony was dissolved in 1946 as part of the British … END_OF_DOCUMENT_TOKEN_TO_BE_REPLACED 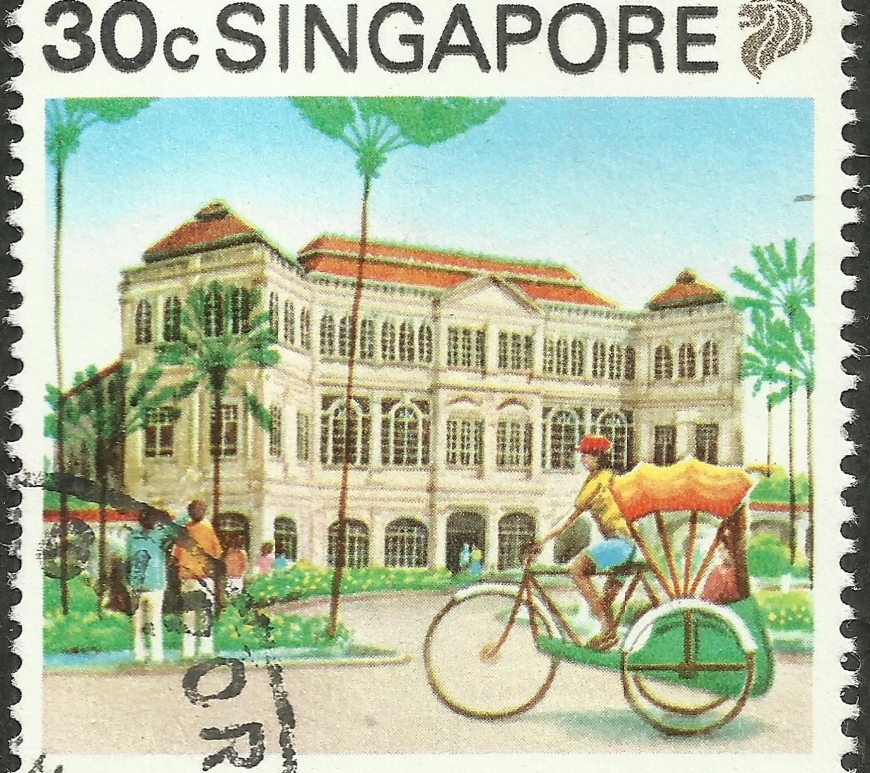 The Republic of Singapore, sometimes referred to as the Lion City, the Garden City or the Little Red Dot, is a sovereign city-state in Southeast Asia. It lies one degree (137 kilometers) north of the equator, at the southern tip of peninsular Malaysia, with Indonesia’s Riau Islands to the south. Singapore’s territory consists of 63 islands, including the main island, Pulau Ujong. There are two … END_OF_DOCUMENT_TOKEN_TO_BE_REPLACED

Siam (สยาม), or as it was officially called until 1939, the Kingdom of Rattanakosin (อาณาจักรรัตนโกสินทร์ — [āːnāːt͡ɕàk ráttanákōːsǐn) was a country at the center of the Indochinese peninsula in Southeast Asia with borders defined by its interactions with Western powers, portions of which coincide with the present-day Kingdom of Thailand (ราชอาณาจักรไทย — Ratcha-anachak Thai). It was founded in 1782 with the establishment of Bangkok as the … END_OF_DOCUMENT_TOKEN_TO_BE_REPLACED

The Independent State of Papua New Guinea (Independen Stet bilong Papua Niugini in Tok Pisin) is an Oceanian country that occupies the eastern half of the island of New Guinea and its offshore islands in Melanesia, a region of the southwestern Pacific Ocean north of Australia. Its capital, located along its southeastern coast, is Port Moresby. The western half of New Guinea forms the Indonesian … END_OF_DOCUMENT_TOKEN_TO_BE_REPLACED