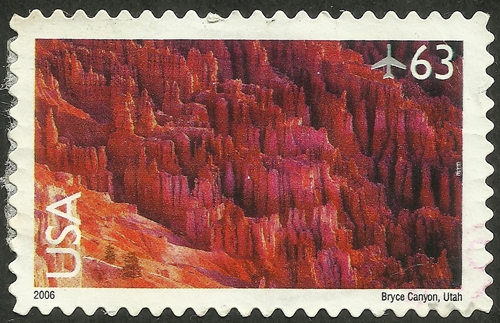 On February 25, 1928, Bryce Canyon National Park in the  United States was established. Located in southwestern Utah, the major feature of the park is Bryce Canyon, which despite its name, is not a canyon, but a collection of giant natural amphitheaters along the eastern side of the Paunsaugunt Plagteau. Bryce is distinctive due to geological structures called hoodoos, formed by frost weathering and stream … END_OF_DOCUMENT_TOKEN_TO_BE_REPLACED

On January 4, 1896, Utah became the 45th state admitted to the United States, following nearly 50 years as a territory. The entire Southwest was Mexican territory when the first pioneers arrived in 1847. Utah is the 13th-largest by area, 31st-most-populous, and 10th-least-densely populated of the 50 United States. It has a population of more than 3 million (Census estimate for July 1, 2016), approximately 80% of … END_OF_DOCUMENT_TOKEN_TO_BE_REPLACED