In my collection titled “Stamps From (Almost) Everywhere” (SFAEW), I usually count separate stamp-issuing entities based upon the inscriptions upon the stamps themselves (however, I’m still not sure whether to divide my stamps inscribed BRITISH VIRGIN ISLANDS from the earlier issues inscribed just VIRGIN ISLANDS as everything else is the same). I can usually find information (at least enough for a “Stamp A Day” article) on the differing political names although finding accompanying flags and maps can occasionally be a challenge. Sometimes, the changing names can be rather confusing and it takes a bit of work to make a coherent timeline.

I recently obtained a number of “Z” stamps including several inscribed ZANZIBAR AND TANZANIA. According to the Scott Standard Postage Stamp Catalogue, stamps of Zanzibar were inscribed thusly between October 25, 1965, until August 20, 1967. A year prior to this period, Zanzibar was a part of the United Republic of Tanganyika & Zanzibar following its April 1964 merger with the mainland Tanganyika (Zanzibar itself consisting of two large islands — Unguia, referred to informally as Zanzibar Island, and Pemba island — and many small islands lying 16-31 miles or 25–50 kilometers off the coast of eastern Africa). The national name was changed to the United Republic of Tanzania in October 1964 but Zanzibar retained a semi-autonomous status that continues to the present day. Zanzibar’s pre-1964 history was covered in a previous ASAD article about that entity as well as articles about German East Africa and Kenya, Uganda and Tanganyika. 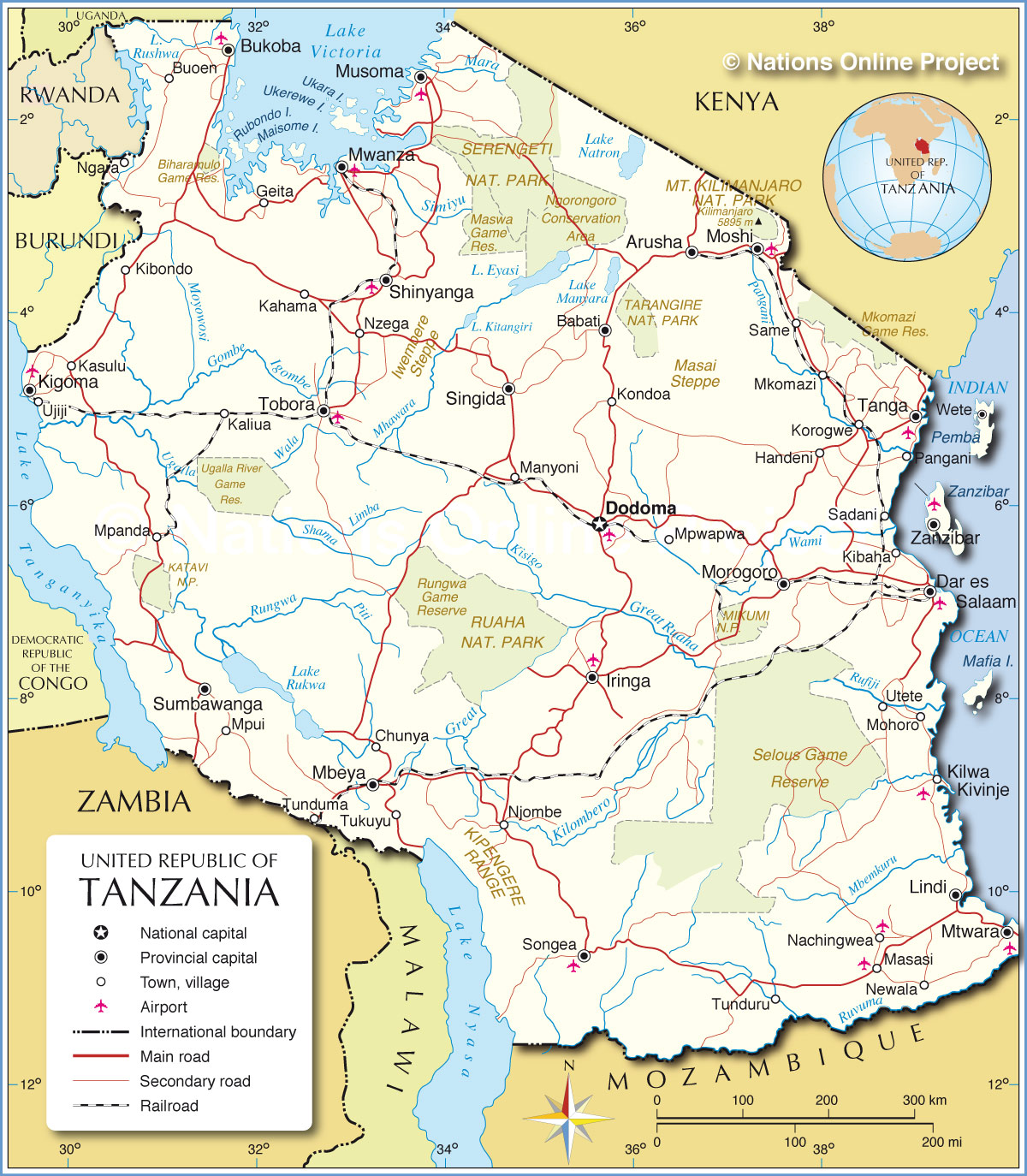 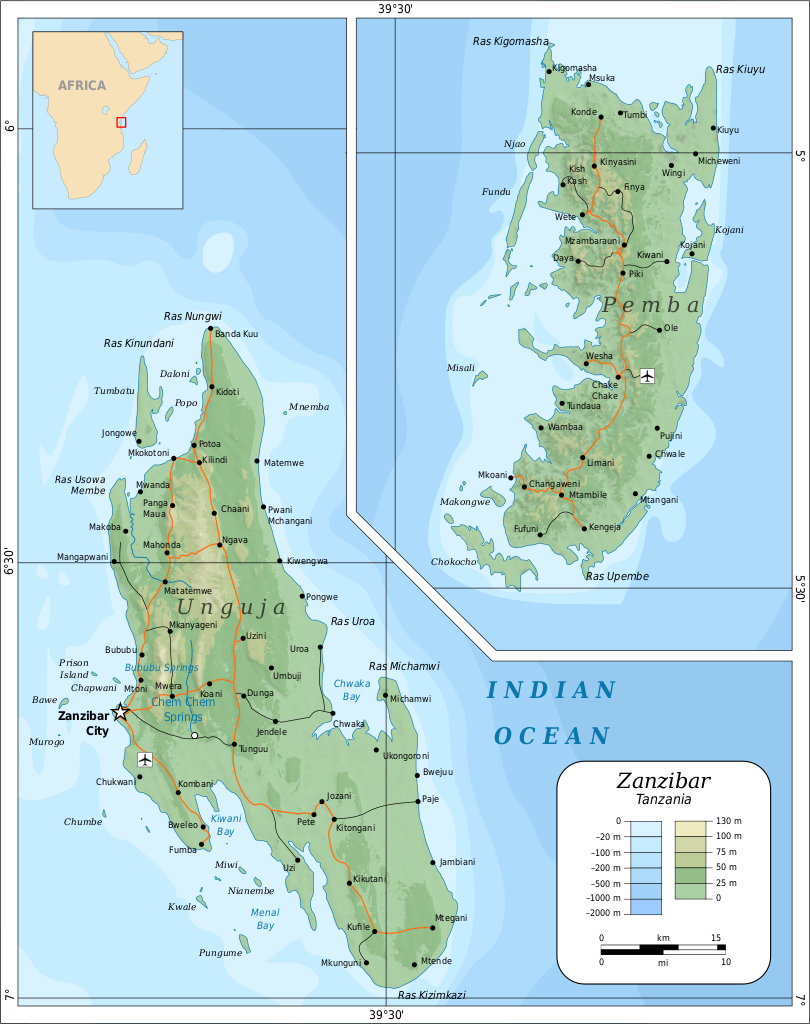 However, just a month later, on January 12, 1964 Sultan Jamshid bin Abdullah was deposed during the Zanzibar Revolution. The Sultan fled into exile, and the Sultanate was replaced by the People’s Republic of Zanzibar and Pemba, a socialist government led by the Afro-Shiraz Party (ASP). Over 20,000 people were killed and refugees, especially Arabs and Indians, escaped the island as a consequence of the revolution. Abeid Karume was the president of Zanzibar from January 23 until its merger with Tanganyika in late April. After signing the Articles of Union on April 22 and passing an Act of Union on April 25, Tanganyika officially joined with the People’s Republic of Zanzibar and Pemba to form the United Republic of Tanganyika and Zanzibar on Union Day, April 26 1964. On October 29 of the same year, the country was renamed the United Republic of Tanzania (“Tan” comes from Tanganyika and “Zan” from Zanzibar). The union of the two hitherto separate regions was controversial among many Zanzibaris (even those sympathetic to the revolution) but was accepted by both the Nyerere government and the Revolutionary Government of Zanzibar owing to shared political values and goals.

Following Tanganyika’s independence and unification with Zanzibar leading to the state of Tanzania, President Julius Nyerere emphasized a need to construct a national identity for the citizens of the new country. To achieve this, Nyerere provided what is regarded as one of the most successful cases of ethnic repression and identity transformation in Africa. With over 130 languages spoken within its territory, Tanzania is one of the most ethnically diverse countries in Africa. Despite this obstacle, ethnic divisions remained rare in Tanzania when compared to the rest of the continent, notably its immediate neighbor, Kenya. Furthermore, since its independence, Tanzania has displayed more political stability than most African countries, particularly due to Nyerere’s ethnic repression methods.

The first stamp issue of Tanzania proper was a set of four commemoratives marking the union, issued July 7, 1964. Inscribed UNITED REPUBLIC OF TANGANYIKA & ZANZIBAR, two values depict a map of the coast from Tanga to Dar-es-Salaam along with Zanzibar and Pemba, while the other two show hands holding a torch and spear (Scott #1-4 under “Tanzania”). On October 17, 1965, a set of four stamps publicizing agricultural development were the first to be inscribed JAMHURI ZANZIBAR TANZANIA, Jamhuri meaning “Republic” in Swahili (Scott #323-326, under “Zanzibar”). The first stamps to have only the name TANZANIA printed on them comprised a set of 14 definitives released on December 9, 1965 (Scott #5-18). The last stamps inscribed ZANZIBAR · TANZANIA were a pair issued on August 20, 1967, marking the Volunteer (Young) Worker’s Brigade (Scott #356-357).

On July 1, 1968, all Zanzibar stamps were withdrawn, and replaced with those inscribed KENYA, UGANDA AND TANZANIA. “KUT” stamps (with the “T” for Tanganyika) had been issued since 1935, replacing stamps marked KENYA AND UGANDA and EAST AFRICA AND UGANDA PROTECTORATES. In 1963, the postal service was taken over by the East African Common Services Organization, which issued commemoratives for the 1964 Summer Olympics inscribed UGANDA, KENYA, TANGANYIKA, ZANZIBAR, even though they were never actually used in Zanzibar. After Tanganyika merged with Zanzibar to form Tanzania, subsequent stamps were inscribed UGANDA, KENYA, TANZANIA, with the three names being listed in randomly varying orders until early in 1976. They were used concurrently with the stamps of Tanzania.

Currently, as a semi-autonomous part of Tanzania, Zanzibar has its own government, known as the Revolutionary Government of Zanzibar. It is made up of the Revolutionary Council and House of Representatives. The House of Representatives has a similar composition to the National Assembly of Tanzania. Fifty members are elected directly from electoral constituencies to serve five-year terms; ten members are appointed by the President of Zanzibar; 15 special seats are for women members of political parties that have representation in the House of Representatives; six members serve ex officio, including all regional commissioners and the attorney general. Five of these 81 members are then elected to represent Zanzibar in the National Assembly.

Concerning the independence and sovereignty of Zanzibar, Tanzania Prime Minister Mizengo Pinda said on July 3, 2008, that there was “nothing like the sovereignty of Zanzibar in the Union Government unless the Constitution is changed in future”. Zanzibar House of Representatives members from both the ruling party, Chama Cha Mapinduzi, and the opposition party, Civic United Front, disagreed and stood firmly in recognizing Zanzibar as a fully autonomous state.

Scott #330 was released on January 12, 1966, marking the second anniversary of the revolution. The 2.50-shilling black & orange stamp features a soldier in front of a sunburst and was printed using lithography, perforated 12½x13.

The Zanzibar Revolution occurred in 1964 and led to the overthrow of the Sultan of Zanzibar and his mainly Arab government by local African revolutionaries. Zanzibar was an ethnically diverse state consisting of a number of islands off the east coast of Tanganyika which had been granted independence by Britain in 1963. In a series of parliamentary elections preceding independence, the Arab minority succeeded in retaining the hold on power it had inherited from Zanzibar’s former existence as an overseas territory of Oman. Frustrated by under-representation in Parliament despite winning 54% of the vote in the July 1963 election, the mainly African Afro-Shirazi Party (ASP) allied itself with the left-wing Umma Party, and early on the morning of January 12, 1964, ASP member John Okello mobilized around 600–800 revolutionaries on the main island of Unguja (Zanzibar Island). Having overrun the country’s police force and appropriated their weaponry, the insurgents proceeded to Zanzibar Town where they overthrew the Sultan and his government. Reprisals against Arab and South Asian civilians on the island followed; the resulting death toll is disputed, with estimates ranging from several hundred to 20,000. The moderate ASP leader Abeid Karume became the country’s new president and head of state, and positions of power were granted to Umma party members.

The new government’s apparent communist ties concerned Western governments. As Zanzibar lay within the British sphere of influence, the British government drew up a number of intervention plans. However, the feared communist government never materialized, and because British and United States citizens were successfully evacuated these plans were not put into effect. Meanwhile, the communist bloc powers of China, East Germany and the Soviet Union established friendly relations with the new government by recognizing the country and sending advisors. Karume succeeded in negotiating a merger of Zanzibar with Tanganyika to form the new nation of Tanzania, an act judged by contemporary media to be an attempt to prevent communist subversion of Zanzibar. The revolution ended 200 years of Arab dominance in Zanzibar, and is commemorated on the island each year with anniversary celebrations and a public holiday.

I have yet to obtain any stamps inscribed solely TANGANYIKA or TANZANIA but, once I do, I will try to make sense of the remaining pieces of the story.