Future soldier and first President of the United States of America George Washington was born on February 11, 1731, on Pope’s Creek Estate near Colonial Beach, Westmoreland Country, Virginia. If that sounds different from the date that you learnt in school, it is because that date is according to the Julian calendar and Annunciation Style of enumerating years then in use in the British Empire. The Gregorian calendar that is still in use today was adopted within the British Empire in 1752, which renders the familiar birthdate of February 22, 1732. George was the first child of Augustine Washington and his second wife Mary Ball Washington in a family of wealthy planters who owned tobacco plantations and slaves, which he would inherit. Becoming an officer in the colonial militia during the French and Indian Wars, Washington served as Commander-in-Chief of the Continental Army during the American Revolutionary War, and later presided over the 1787 convention that drafted the United States Constitution. He was the first President of the United States from 1789 to 1797 and is popularly considered the driving force behind the nation’s establishment and came to be known as the “father of the country,” both during his lifetime and to this day.

Various aspects of Washington’s life have been dealt with in previous entries on A Stamp A Day as well as my other blogs; last year’s Washington’s Birthday article was a full biography (unfortunately, I hadn’t yet started filling my posts with images when I put that one together). I’ve had a long-standing interest in American history and Washington’s status as one of my favorite Founding Fathers (coming in second right behind Benjamin Franklin) was validated a few years ago by discovering a familial link. No, I’m not related to President Washington but one of my ancestors was considered to be a close friend (I get the impression that he had a lot of “close friends”). That ancestor — Philippus Balthasar Marsteller — happens to have been the only non-Mason pallbearer at George Washington’s funeral; he also came into possession of his dueling pistols. I wrote about cousin Philip on another blog last year. 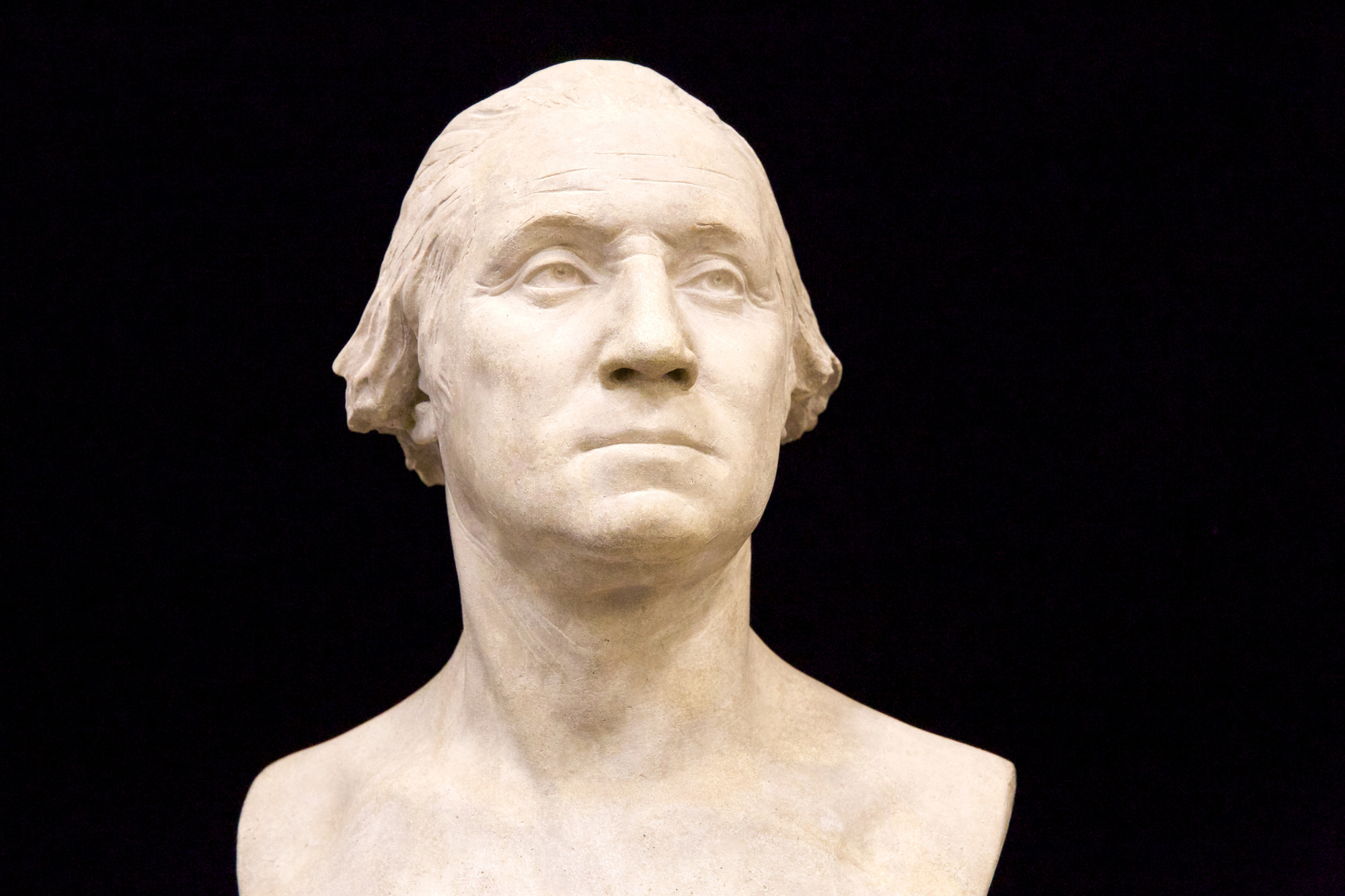 The designer, Mark English, of Kansas City, Missouri, based his design on a stylistic portrait depicting the distinctive Washington profile. English worked from a copy of a Washington ‘life mask’ in preparing the portrait. In the background, English depicted the American flag of Washington’s era, which had thirteen stripes and a circular pattern of thirteen stars. Esther Porter modeled the stamp. It was printed by the Bureau of Engraving and Printing using the photogravure process, with 180,700,000 stamps issued, fifty stamps per pane, perforated 11. 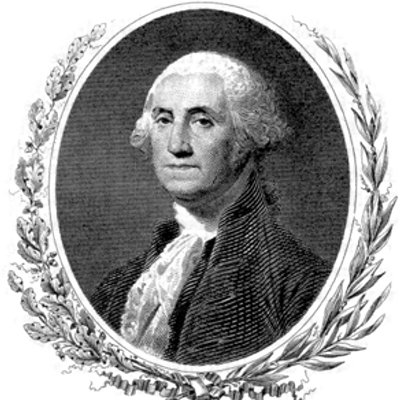