On February 23, 1909, the Silver Dart took flight in Nova Scotia. This was not only the first controlled powered flight in Canada but also in the entire British Commonwealth. Because of the significance of this event to Canadians, February 23 is designated Canada’s National Aviation Day — an opportunity for the citizens of that nation to recognize their aviation pioneers and celebrate Canadians who make safe air travel possible. This is another of those historic events that, had it not been for collecting stamps or first day covers, I may never have heard of it. Where I grew up in the United States, the early aviators that I heard about were names like the Wright Brothers, Glenn Curtiss and Charles Lindbergh. Until a month or two ago when I came across the cover featured on today’s A Stamp A Day, I had been wholly unaware of J.A.D. McCurdy or of Silver Dart.

The Silver Dart (or Aerodrome #4) was a derivative of an early aircraft built by a Canadian/U.S. team, which after many successful flights in Hammondsport, New York, earlier in 1908, was dismantled and shipped to Baddeck, Nova Scotia. It was flown off the ice of Baddeck Bay, a sub-basin of Bras d’Or Lake, on February 23, 1909, making it the first controlled powered flight in Canada. The aircraft was piloted by one of its designers, John Alexander Douglas McCurdy who would go on to serves as the 20th Lieutenant Governor of Nova Scotia from 1947 to 1952. He was just 22 years old at the time of the first Canadian flight. The original Silver Dart was designed and built by the Aerial Experiment Association (AEA), formed under the guidance of Dr. Alexander Graham Bell.

Beginning in 1891, Bell had begun experiments to develop motor-powered heavier-than-air aircraft. The AEA was formed in Halifax, Nova Scotia, in September 1907, under Dr. Bell’s leadership. Founding members included Frederick W. Baldwin (an engineer), Lieutenant Thomas Selfridge (an American army officer) and Glenn Curtiss (an American motorcycle racer), with financial backing from Bell’s wife Mabel. The team used the Curtiss factory at Hammondsport, New York, as their summer base and Dr. Bell’s laboratories in Baddeck as their winter headquarters.

The AEA began conducting experimental flights with Bell’s first idea — a large tetrahedral kite called the Cygnet. Subsequently, Bell devised plans for airplanes, or aerodromes as he called them. The Silver Dart was their fourth flying machine, after some success with the Red Wing, the White Wing and the June Bug. In 1907, McCurdy joined the Aerial Experiment Association and a year later, he helped another AEA member, Glenn Curtiss, to set up the Curtiss Aeroplane and Motor Company.

By 1908, the success of the AEA was seen in a series of ground-breaking designs, culminating in the Silver Dart. By the time the Silver Dart was constructed in late 1908, it was the Aerial Experiment Association’s fourth flying machine. One of its precursors, the June Bug, had already broken records. It won the Scientific American Trophy for making the first official one mile (1609 meters) flight in North America.

The frame and structure of the Silver Dart were made of steel tube, bamboo, friction tape, wire and wood. The wings were covered with rubberized, silvery balloon cloth provided by Capt. Thomas Scott Baldwin of Hammondsport; hence the name the “Silver Dart“. Its Kirkham engine, supplied by Glenn Curtiss, was a reliable V-8 that developed 50 horsepower (37 kW) at 1,000 rpm. The propeller was carved from a solid block of wood. The aircraft had what is now called a canard or an “elevator in front” design. Like most aircraft of its day the Silver Dart had poor control characteristics; likewise, it had no brakes.

After co-developer Frederick W. Baldwin first flew in 1908, on February 23, 1909, McCurdy piloted the Silver Dart off the ice of Bras d’Or Lake in Nova Scotia. The launch of the aircraft was helped by volunteers on ice skates, many of whom were students who had been given the day off from school in order to participate. The Silver Dart was pushed onto the ice at Baddeck Bay and, after gliding along the ice, it lifted off. It flew only half a mile (800 m) at an elevation from three to nine meters, and a speed of roughly 40 miles per hour (65 kilometers per hour).

The day after the Silver Dart’s first flight, McCurdy flew four miles in a complete circle returning to his starting point. They were also recognized by the Royal Aero Club of the United Kingdom as the first successful heavier-than-air flights by a British subject anywhere in the British Empire. Other records were soon to fall; on March 10, 1909, the Silver Dart flown again by McCurdy completed a circular course over a distance of more than 22 miles (35 km). The first passenger flight in Canada was made in the Silver Dart on August 2, 1909.

Douglas McCurdy and Frederick Baldwin formed the Canadian Aerodrome Company to continue their aviation experiments. They sought the interest of the Canadian Department of Militia and Defence for possible military applications of the aircraft and were given permission to make some flights during the annual militia training camp. The military was unimpressed at the headway made by the group. The general impression of the time was that aircraft would never amount to much in actual warfare.

Despite official skepticism, the team was finally invited to to what is now Canadian Forces Base Petawawa in Ontario, shipping the Silver Dart there to demonstrate the aircraft. The sandy terrain made a poor runway for an aircraft with landing wheels about 2 inches (50 mm) wide. The Silver Dart had great difficulty taking off. On its fifth flight on August 2, 1909, McCurdy wrecked the craft when one wheel struck a rise in the ground during a heavy landing. Militia Department officials and officers who witnessed some of these flights were not impressed and it was decided to await the outcome of similar tests and experiments which were being conducted in Britain. McCurdy and Baldwin offered to sell their aircraft to the government and instruct officers to fly them, but they were rejected. The Silver Dart never flew again.

Although a significant aircraft in Canada, the location of the initial design and construction of the Silver Dart made it an American design. Following the disbanding of the AEA, founding members, McCurdy and F.W. (“Casey”) Baldwin obtained the Canadian patent rights for Aerodrome No. 4 (The Silver Dart), for the express purpose of producing a Canadian-made version. Subsequently, the Baddeck No. 1 and Baddeck No. 2 were built by the Canadian Aerodrome Company, the newly formed company that Baldwin and McCurdy established in 1909.

In 1910, McCurdy became the first Canadian to be issued a pilot’s license and the following year, he made the first flight from Florida to Cuba. For the next few years, he continued to set aviation records in Canada and North America, including establishing the first aviation school in Canada, the Curtiss Flying School which operated from 1915 until 1919, and serving as the first manager of Long Branch Aerodrome, Canada’s first airport. In 1916, vision problems grounded him.

When the First World War began August 4, 1914, Canada had neither pilots nor aircraft in the armed forces. In fact, when the war broke out, Douglas McCurdy spoke to Colonel Sam Hughes, Canada’s Minister of Militia and Defence, about forming a Canadian Air Force. Colonel Hughes, who was not yet a believer in airpower, is reputed to have said, “My boy, the aeroplane is the invention of the devil . . . and will never play any part in such a serious business as the defence of the nation!”

That would change, however, as the employment of aircraft during the war took on greater and greater importance. A failed effort was made to form a Canadian Aviation Corps in the autumn of 1914, but Canadian men flocked to join Britain’s Royal Flying Corps, the Royal Naval Air Service and later — when those two organizations amalgamated — the Royal Air Force. During the war, McCurdy was instrumental in setting up Canadian Aeroplanes Ltd., an aircraft manufacturing company located in Toronto, Ontario, Canada that built aircraft for the Royal Flying Corps. Formed on December 15, 1916, when the Imperial Munitions Board bought the Curtiss (Canada) aircraft operation in Toronto, Canadian Aeroplanes Ltd. manufactured the JN-4 (Can) Canuck, the Felixstowe F5L flying boat, and the Avro 504.

In the post-war years, Canadian airmen built the foundation of the organization that on April 1, 1924, became the Royal Canadian Air Force.

In 1947, John Alexander Douglas McCurdy was appointed Lieutenant Governor of Nova Scotia, a post he continued until 1952. A reconstruction of the Silver Dart was built by volunteers from the Royal Canadian Air Force between 1956 and 1958 to celebrate the 50th anniversary of the first flight. The aircraft flew over Baddeck Bay on the day of the anniversary but crashed due to high winds. McCurdy was awarded the McKee Trophy in official ceremonies that day and sat in the replica Silver Dart built for the occasion; it is currently on display at the Canada Aviation and Space Museum in Ottawa. McCurdy was also named an honorary air commodore at the time.

After a lengthy illness, McCurdy died in 1961 in Montreal, Quebec, and was buried the following month in Baddeck, Nova Scotia where a family home had been maintained. 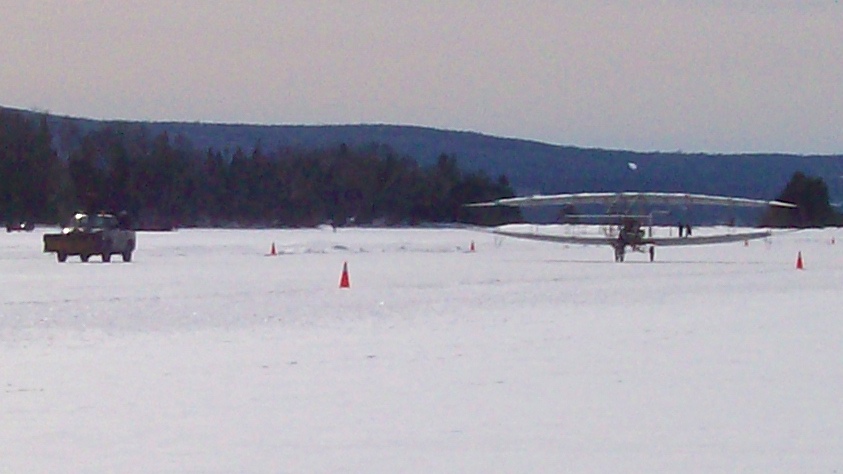 A small group of volunteers from the not-for-profit Aerial Experiment Association 2005 Inc. completed building a flying replica of the Silver Dart in early 2009.  The main goal of the group was to recreate the original flight on February 23, 2009, again on the frozen surface of Baddeck Bay, Nova Scotia. However, due to weather conditions forecast for the 23rd, the centennial flight and fly-by occurred on February 22. After a temporary repair made to the front wheel, former Canadian astronaut Bjarni Tryggvason piloted five successful flights that day. The replica is officially considered a Canadian heritage project, and throughout the year was the centerpiece of a series of events celebrating the centennial of the Silver Dart’s first flight in Canada. In 2013, it was moved to the Alexander Graham Bell Museum in Baddeck, where it will be on permanent display.

The 824 Silver Dart Squadron of the Royal Canadian Air Cadets in St. Peter’s, Nova Scotia is named in honor of the Silver Dart. Another cadet squadron, the 602 McCurdy Squadron of the Royal Canadian Air Cadets in Florence, Nova Scotia, is named in honor of J.A.D. McCurdy. Physical commemorations include Silver Dart Drive, located in Mississauga, Ontario, which is a perimeter roadway within the confines of Toronto Pearson International Airport. Another Ontario commemorative site is the double ice-surface arena in CFB Petawawa, known as the Silver Dart Arena. The McCurdy Award at McGill University in Montreal was introduced in 1954 by the Institute of Aircraft Technicians. The award commemorates the contributions made by McCurdy during the development of the aviation industry in North America. Following its creation in 1973, McCurdy was inducted into Canada’s Aviation Hall of Fame. On July 27, 2009, Sydney Airport was renamed J.A. Douglas McCurdy Sydney Airport in his honor. In 2012, he was inducted into the Canadian Science and Engineering Hall of Fame. 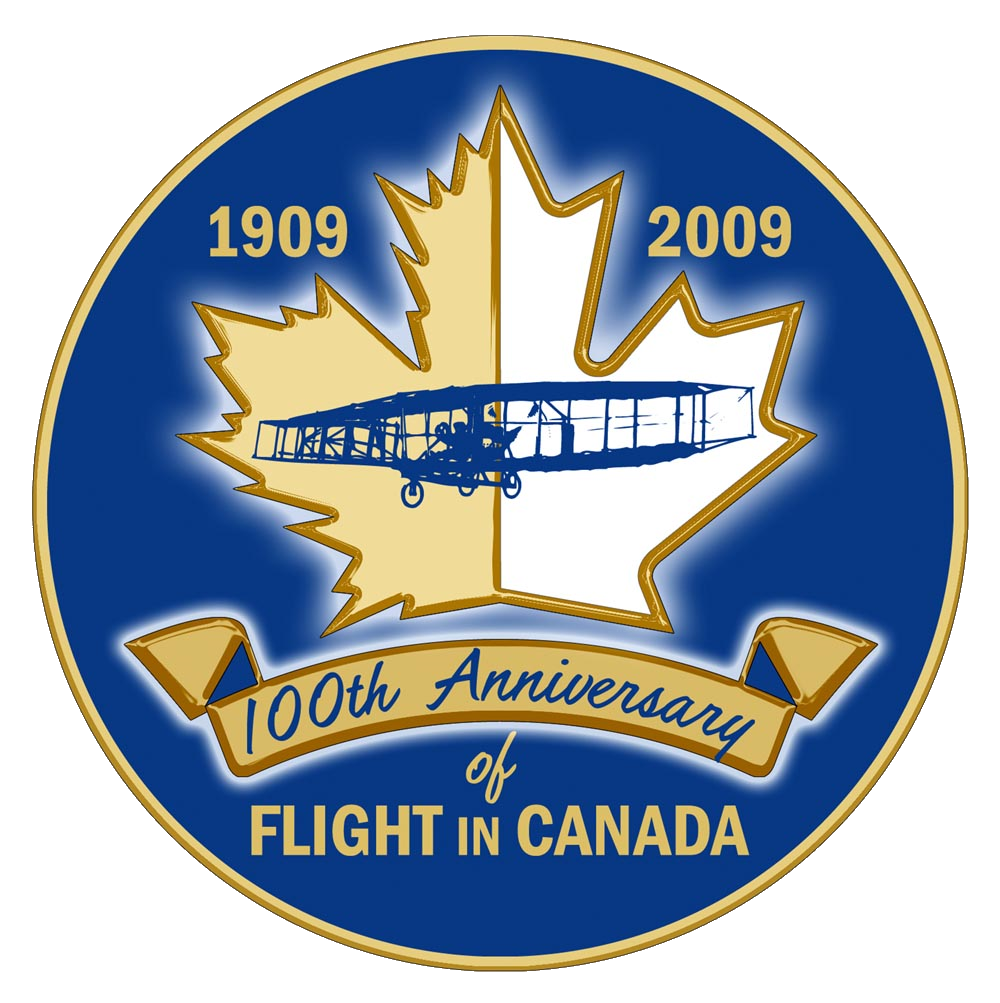 On the 50th anniversary of its first flight, Canada Post issued Scott #383 on February 23, 1959. The 5-cent blue and black engraved stamp is perforated 12 and portrays three Delta-winged fighter jets in addition to a profile view of the Silver Dart. During the Canadian Centenary of Flight celebrations, Canada Post once again honored the Silver Dart with a single self-adhesive “P” stamp which sold for 54 cents at the time of issue on February 23, 2009 (Scott #2317). 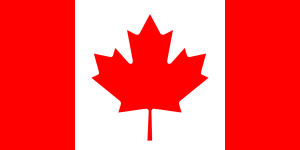