On January 25, 1765, Port Egmont — the first British settlement in the Falkland Islands at the southern tip of South America — was founded. Called Puerto de la Cruzada in Spanish and Poil de la Croisade in French, Port Egmont  was located on Saunders Island and was named after the Earl of Egmont. Unaware of the French presence at Port Louis, British Commodore John Byron led an expedition consisting of HMS Dolphin, HMS Tamar and HMS Florida which explored and claimed Saunders Island, at the western end of the Falkland Islands, He sailed near other islands, which he also claimed for King George III. The expedition left a watering place and a vegetable garden.

Another expedition arrived around a year later in January 1766, led by Captain John MacBride, with the ships HMS Jason, HMS Carcass and HMS Experiment after which Carcass Island and the Jason Islands are named. This was to secure possession, and McBride ordered one of the ships to stay at Port Egmont, and develop the settlement, resulting in several permanent buildings and a garrison. 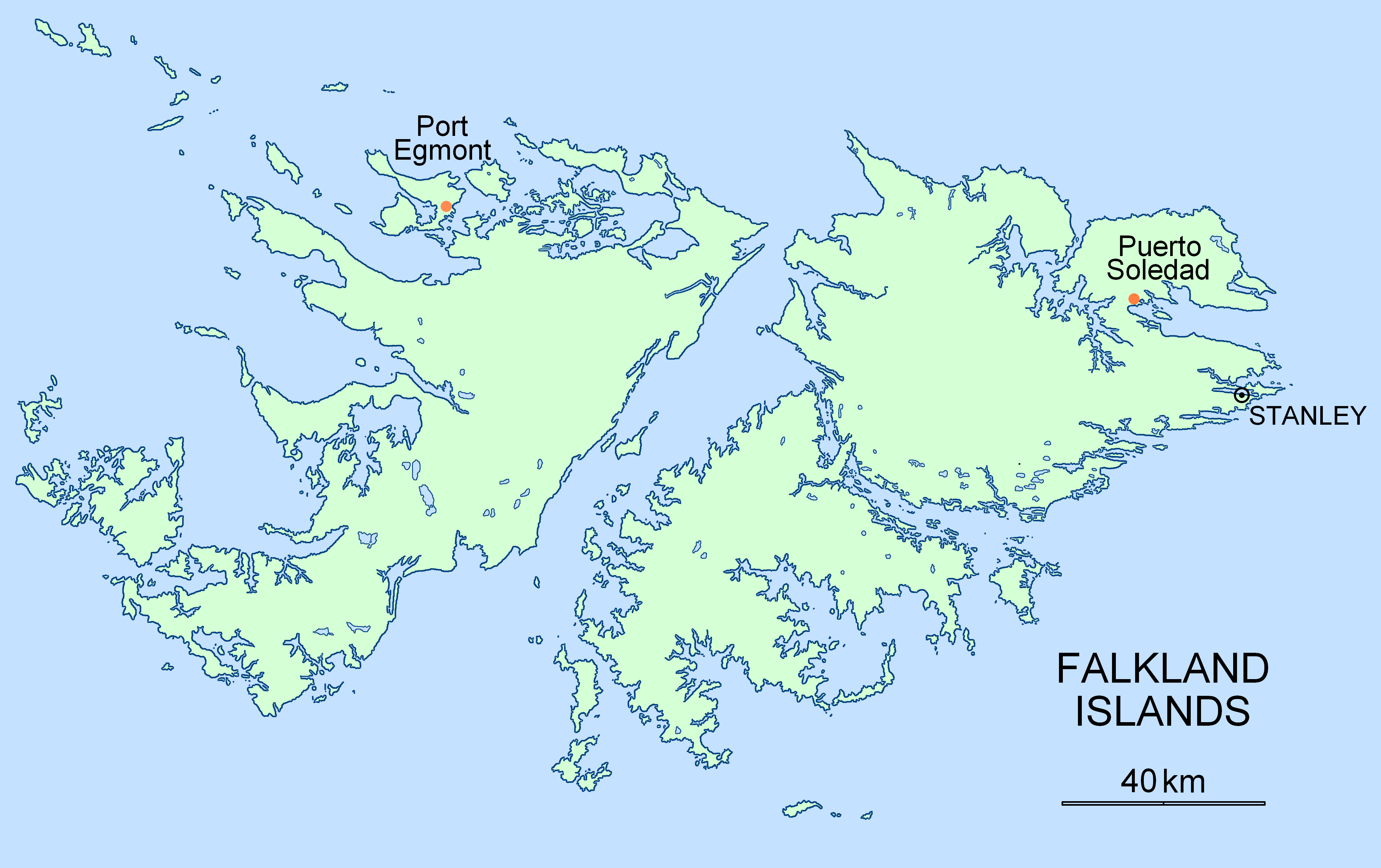 The next few years resulted in conflicting claims with the French and Spanish, with the British using Port Egmont as a basis for their claim. The Spanish were aware of the British presence on the Falklands before they took control of the French colony at Port Louis and renamed it Puerto Soledad in January 1767. On November 28, 1769, the officer in charge of the garrison on Saunders Island, Captain Anthony Hunt, observed a Spanish schooner hovering about the island surveying it. He sent the commander a message, by which he required of him to depart. An exchange of letters followed where each side asserted sovereignty and demanded the other depart. Hunt stated categorically that the Falkland Islands belonged to Britain and demanded that the Spanish leave.

A squadron of frigates was dispatched by Francisco Bucareli, the governor of Buenos Aires, to expel the British. General Juan Ignacio de Madariaga’s frigates Industria, Santa Bárbara, Santa Catalina, and Santa Rosa, plus the Xebec Andaluz carrying 1,400 soldiers and a siege train under Colonel Don Antonio Gutiérrez, surprised the British settlement at Port Egmont. Although the British had erected a wooden blockhouse and an eight-gun battery of 12-pounders, they were no match for the Spanish force.

The Spaniards waded ashore and, after a token exchange of shots, Commander William Maltby and Commander George Farmer sued for terms. They and other settlers were detained for 20 days then permitted to sail for England aboard their sole remaining vessel, the 16-gun Favourite (the Swift had sunk at Port Desire three months before). The new occupiers renamed the town Cruzada and took over ownership. When news reached Britain it produced a public outcry.

News of this forcible eviction created much commotion in Britain. The British government was outraged at what it considered to be a despicable act, and the incident nearly led to an outbreak of war against Spain. The secretary of state, Lord Weymouth, addressed to the court of Madrid demanded: “the instant restoration of the colonists to Port Egmont, and for reparation of the insult offered to the dignity of the British crown, by their forcible removal from that place”.

To these demands the Spanish court at first gave evasive answers, endeavoring to change the question at issue into one respecting the right of sovereignty over the islands. Lord Weymouth, however, refused positively to discuss that or any other matter, until the restoration and satisfaction which he demanded had been made; and the preparations for war which had been already commenced were prosecuted with vigor.

Whilst there was pressure for war on both sides, rationality prevailed, when France, Spain’s ally, refused to back Madrid in its predicament and the Spanish court was obliged to back down. It alleged the seizure had been done without Charles III’s authorization and offered to restore Port Egmont as it existed before being captured. Prince de Maserano, the Spanish ambassador at London, declared, in the name of his sovereign, that “no particular orders” had been given to the governor of Buenos Aires on this occasion, though that officer had acted agreeably to his “general instructions and oath” as governor, and to the general laws of the Indies, in expelling foreigners from the Spanish dominions; and that he was ready to engage for the restoration of the British to Port Egmont, without however ceding any part of His Catholic Majesty’s claim to the Falkland Islands; provided the king of England would in return disavow the conduct of Captain Hunt in ordering the Spaniards away from Soledad, which he asserted, had led to the measures taken by Bucareli.

The agreement finally took place on 15 September 1771, six months after the eviction, restoring the status quo as it existed before the capture of Port Egmont. By April the 32-gun frigate HMS Juno of Captain John Stott arrived to resume British rule, accompanied by the 14-gun Hound and the storeship Florida.

The short time frame is significant. Spain’s military actions at Port Egmont aroused fears of war on the Continent, and in the context of Britain’s overwhelming military superiority, the Spanish were more than willing to seek an early and amicable solution with their “injured” counterpart.

The British withdrew from the islands in pursuance of a system of retrenchment in 1774, leaving behind a flag and a plaque representing their claim to ownership. However, the British Charge d’Affaire later noted in a protest in 1829:

“The withdrawal of His Majesty’s forces from these islands, in the year 1774, cannot be considered as invalidating His Majesty’s just rights. That measure took place in pursuance of a system of retrenchment, adopted at that time by His Britannic Majesty’s Government. But the marks and signals of possession and property were left upon the islands. When the Governor took his departure, the British flag remained flying, and all those formalities were observed which indicated the rights of ownership, as well as an intention to resume the occupation of that territory, at a more convenient season.”

The Spanish reoccupied Port Egmont during the Anglo-Spanish War, but progressively lost control of its colonies. Spanish troops remained at Port Louis, known then as Port Soledad, until 1806 when Governor Juan Crisóstomo Martínez departed, leaving behind a plaque claiming sovereignty for Spain. The remaining Spanish settlers were removed in 1811 by order of the Spanish Governor in Montevideo.

In 1776, for economic reasons, the British abandoned Port Egmont. At that time, they placed a plaque at the site proclaiming their sovereignty over the Falklands. In the next few years, the colony was taken over by sealers, until in 1780 it was finally destroyed under orders from Spanish authorities. Saunders Island’s present settlement, Saunders Island Settlement, lies on the east coast and has an airstrip.

There is one listed building here, known as the Stone House. There are permanent structures outside the Settlement with heat, electricity and running water for the island’s tourist industry. There is a building that holds eight guests at the Neck and an additional building that holds four guests called the Rookery Inn. The island is currently owned by the Poole-Evans family that maintains the farm at the Settlement.

Scott #13, 2-pence magenta, was released on April 15, 1896. It was recess printed by Thomas de la Rue Ltd., featuring a portrait of Queen Victoria, and perforated 14 with an upright Crown CA watermark.

Please see the previous ‘A Stamp A Day’ article about the Falkland Islands. 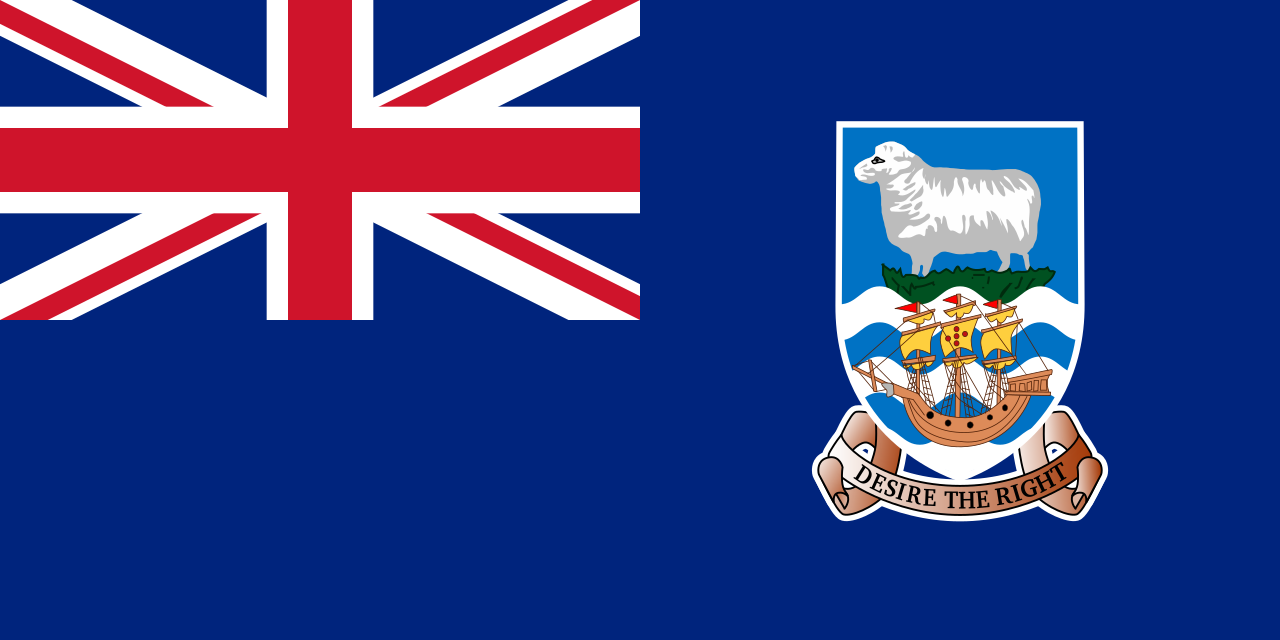