I really hadn’t planned to put together a new “Stamp Issuers” article today but I found this stamp in my “to be sorted” folder while looking for a different stamp to use for an article on the invasion of the Falkland Islands by Argentina on April 2, 1982 (it appears I have yet to scan those!). I really have no memory of when or how I obtained this stamp from Sungei Ujong — it was scanned in November 2016 but that’s no help — and I suspect it may be a forgery.

The state of Sungai Ujong (or Sungei Ujong) is one of the component states of the Negri Sembilan Federation. The state is of quite ancient origin. It was named after a nearby river of the same name. While the town was renamed Seremban thereafter, the Sungai Ujong name most prominently persists as a street name for a road adjoining the southern side of town (Sungai Ujong Road, or Jalan Sungai Ujong). Today, Seremban is the capital of the Malaysian state of Negeri Sembilan, located within Seremban District. The town’s administration is run by the Seremban Municipal Council.

Seremban is situated about 37 miles (60 kilometers) south of Kuala Lumpur (the capital city) and about 18.5 miles (30 km) inland from the coast. It is in the Linggi River valley, at the foothills of the Titiwangsa Range. The terrain is generally hilly, and the soil is mostly reddish laterite soil, suitable for the cultivation of rubber and palm oil, thus making Seremban the agricultural center for the state. Since the establishment of Seremban, the Linggi River has played an important role in the development of the town. During the boom period of tin mining, the Linggi River was the major transportation route for tin traders. Today, it is one of the major sources of water for Seremban and Negeri Sembilan. 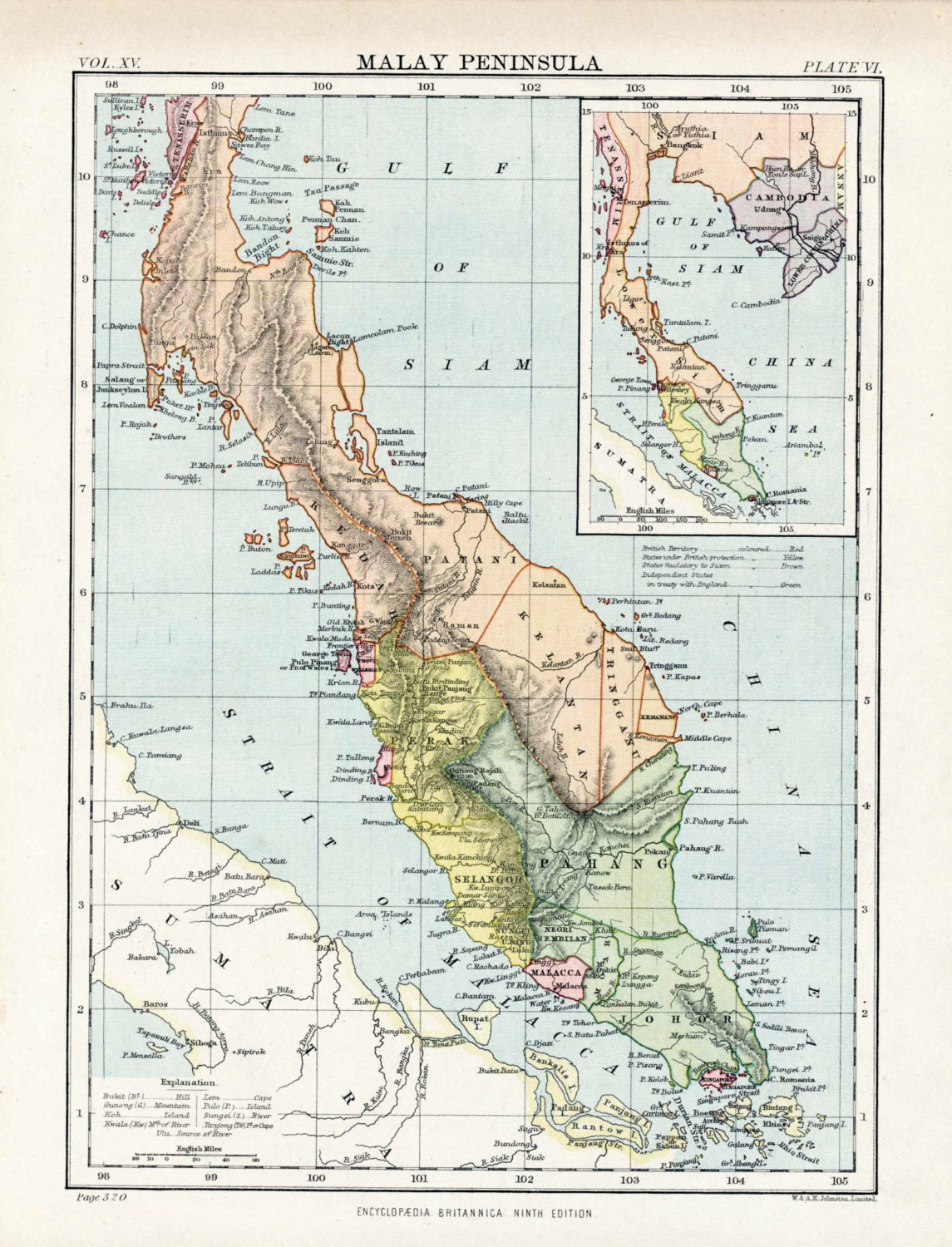 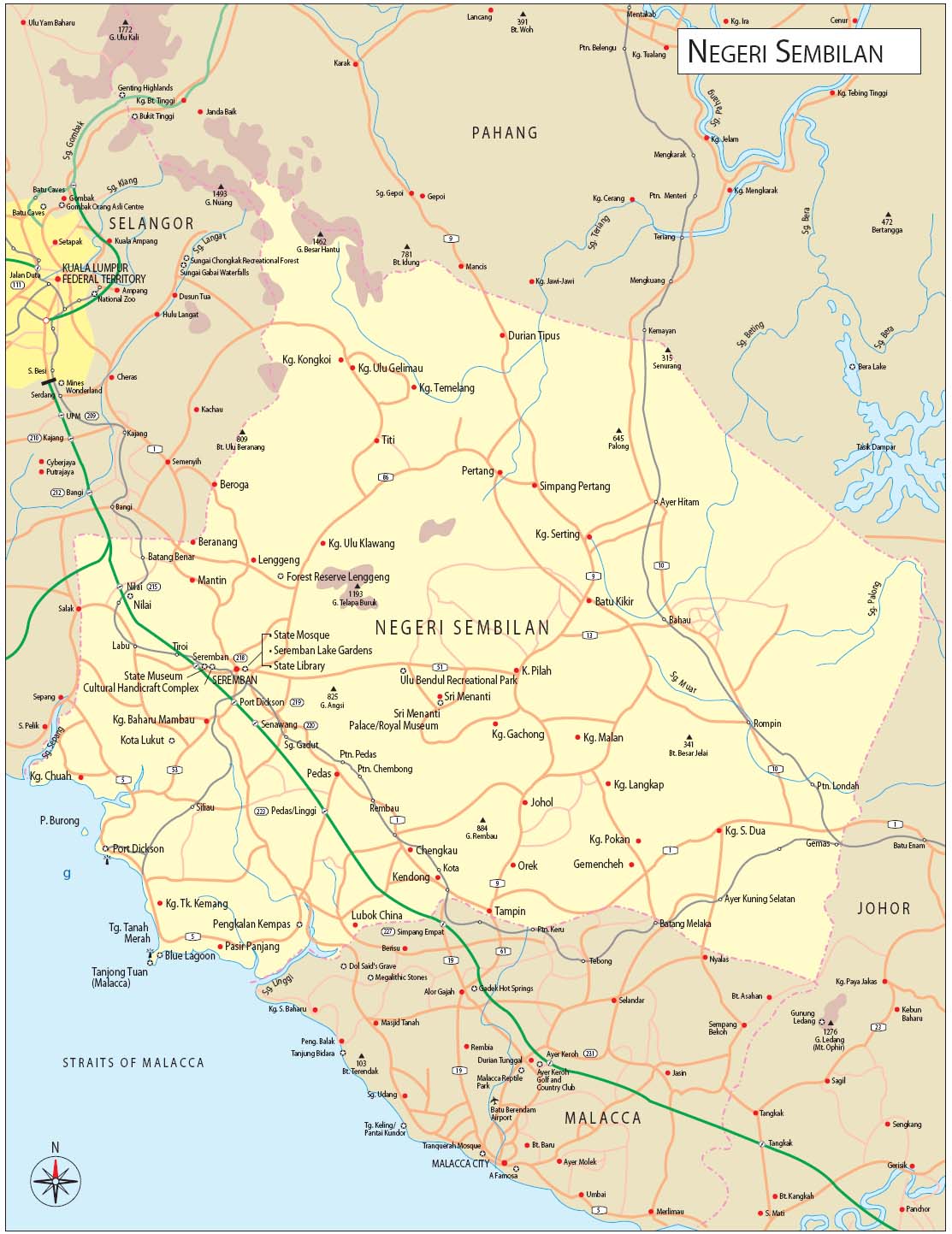 Although few written records exist, ten or eleven rulers governed over the state before 1760. It was one of the founder members of the federation in 1773. The rulers are styled Undang of Luak Sungai Ujong and serve as one of the four great electors of the Yang di-Pertuan Besar of the Negri Sembilan federation. They acquired the hereditary title of Dato’ Klana Petra Sri Jaya from the Sultan of Johor in 1760.

The earliest inhabitants of the area were the ancestors of the Semelai, Semai, Semang, and Jakun peoples, who lived either as hunter-gatherer nomads or as subsistence farmers. The Minangkabaus from Sumatra settled in Negeri Sembilan in the 15th century under the protection of the Malacca Sultanate, and later under the protection of its successor, the Sultanate of Johor. It has matrilineal society majority, a custom brought by the Minangkabau.

As Johor weakened in the 18th century, attacks by the Bugis forced the Minangkabaus to seek protection from their homeland. The Minangkabau ruler, Sultan Abdul Jalil, obliged by sending his near relative, Raja Melewar. When he arrived, he found that another royal, Raja Khatib had already established himself as ruler. He declared war against Raja Khatib and became the ruler of Negeri Sembilan. The Sultan of Johor confirmed his position by granting the title Yamtuan Seri Menanti (He Who is Highest Lord of the Seri Menanti) in 1773. After Raja Melewar’s death, a series of disputes arose over the succession. For a considerable period, the local nobles applied to the Minangkabau ruler in Sumatra for a ruler. However, competing interests supported different candidates, often resulting in instability and civil war.

The town of Sungai Ujong came into existence with the discovery of tin ore in the 1870s like most major towns in Peninsular Malaysia. The discovery of tin in a nearby area called Rasah, saw an influx of Arab, Malay and Chinese immigrants to work on the mines and trade there. Most of the local Malays were farmers.

Renamed Seremban, the town flourished not only as a mining area but also a business center. The Linggi River served as the sole outlet to ferry tin and supplies in and out of the town. Revenue came not only from tin trade but also from the large amount of taxes collected, much to the displeasure of the traders and the British colonialists at the neighboring port of Malacca.

The local chieftains, namely the Dato’ Kelana and the Dato’ Shahbandar of Sungai Ujong were at odds with each other on the rights to collect taxes and ownership and control of the mines. The rivalry to assert influence and authority opened the door for British intervention in Negeri Sembilan. The British intervened militarily in 1873 to preserve British economic interests, and placed the country under the control of a British Resident. The British sided with the Dato’ Kelana upon invitation and defeated the forces of the Dato’ Bandar who was later sent into exile to Singapore. In a show of gratitude to the British for helping him win the war, the Dato’ Kelana had no choice but to accept a British Resident whose job was to advise him on matters other than religion and Malay customs.

Captain Murray was appointed the first resident and later set-up his residence at Channer Road, now renamed Jalan Dato’ Siamang Gagap. Soon after, the people living around Rasah moved to Channer Road for the sake of security and its orderly administration.

Until January 1, 1899, when the Federated Malay States joined the Universal Postal Union, mail for outside of Malaya from each of the various states was franked with Straits Settlements stamps. The first stamps to be supplied for Sungei Ujong were overprinted Straits Settlements stamps in 1878. This first overprint consisted of a moon and star above the initials SU, all enclosed by a circle, handstamped onto 2-cent brown Straits Settlements stamps. Overprints reading SUNGEI / UJONG first appeared in 1881 with the two lines being applied in separate operations with each line often being “triplet” handstamps rather than single units. This results in a number of misalignments of the various letters and lines. Large S.U. and SU overprints were applied to stamps in 1881-1883 and a number of further varieties spelling out the state’s full name (Sungei Ujong) were issued up until 1891.

Sungei Ujong’s first revenue stamps were issued around 1880. The first series consisted of Straits Settlements large format revenues overprinted SUNGEI UJONG in one line reading down. The Straits Settlements issued a new set of revenues in 1882, and these were also issued with Sungei Ujong overprints between 1884 and 1890. At least five different types of the overprint are known to exist.

The first stamps inscribed specifically for the state (rather than handstamped overprints) were issued in 1891, reading S. UJONG. In 1893, postage stamps showing a leaping tiger were overprinted JUDICIAL for use in courts. The last to be issued was Scott #36 in October 1895, after which all Sungei Ujong stamps were superseded by those of Negeri Sembilan. Sungei Ujong used a cancel consisting of an oval of thick parallel bars (similar to an those used in Perak). The cancel exists in the colors black, red and violet. Violet was only used in Sungei Ujong. These cancels can also be found on non-surcharged Victorian Straits Settlements stamps. 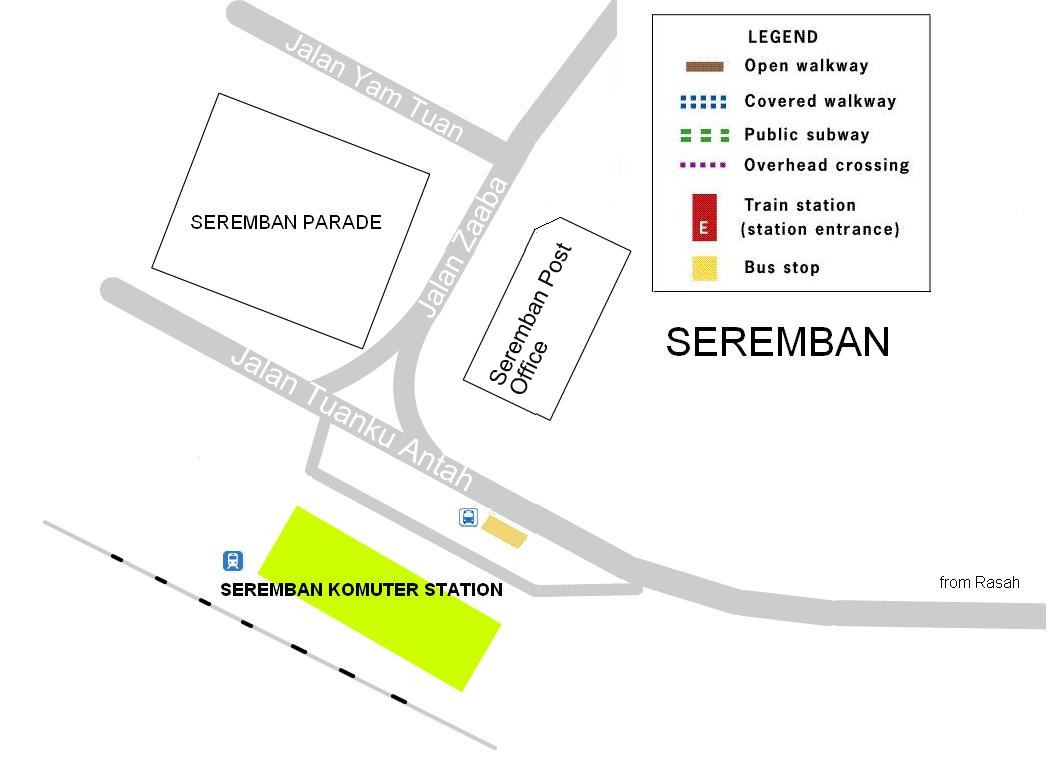 The rail connection was first constructed in the late 1890s as a stop on the Kuala Lumpur–Singapore main line, and, the Seremban railway station still serves as one of the major stops along the line. The station was constructed between 1904 and 1910 next to the town’s post office. It underwent extensive remodeling in early 1994 in preparation for the launch of the Rawang-to-Seremban stretch of the KTM Komuter commuter train services.

Jelebu came under British administration in 1886, and the remaining states in 1895. In 1897, when the Federated Malay States (FMS) was established, Sungai Ujong and Jelebu were reunited to the confederation of small states and the whole, under the old name of the Negeri Sembilan, was placed under a single Resident and became a member of the FMS. The number of states within Negeri Sembilan has fluctuated over the years; the federation now consists of six states and a number of sub-states under their suzerainty. The former state of Naning was annexed to Malacca, Klang to Selangor, and Segamat to Johor.

Negeri Sembilan endured Japanese occupation in World War II between 1942 and 1945, and joined the Federation of Malaya in 1948, and became a state of Malaysia in 1963.

On December 13, 2017, Menteri Besar of Negeri Sembilan, Mohamad Hasan stated that Seremban would get city status in 2018. In order to get city status, both the Seremban and Nilai Municipal Councils would be merged to form a new local authority, Seremban City Council. The merger of two local authorities are now in the last stage. In February 2018, a further announcement was made regarding the formation of Seremban City Hall (Dewan Bandaraya Seremban), which is due to be completed this month (April 2018) with the official declaration of Seremban as a city only happening in January 2019, in conjunction with the birthday of the state’s ruler Tuanku Muhriz (January 14).

Historically, Negeri Sembilan is influenced by the Minangkabaus and thus, Seremban is the center of the Minangkabau culture in Malaysia. Minangkabau, derived from the Malay word menang kerbau, which means “winning buffalo”, are famous for their unique roof architecture which resembles buffalo horns. Many buildings in Seremban adapted this feature, such as the Seremban Municipal Council Hall, the Wisma Negeri and the State Museum. People of Negeri Sembilan are also known for the practice of an ancient Malay tradition called Adat Perpatih, where women are given a higher social status than men. 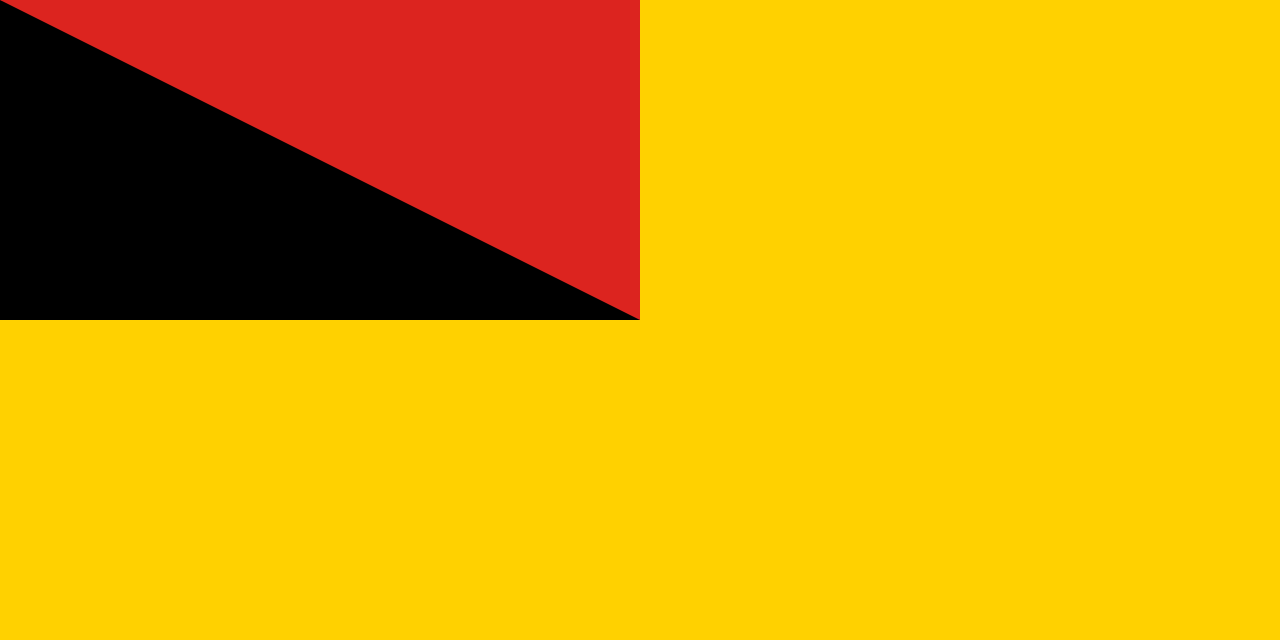 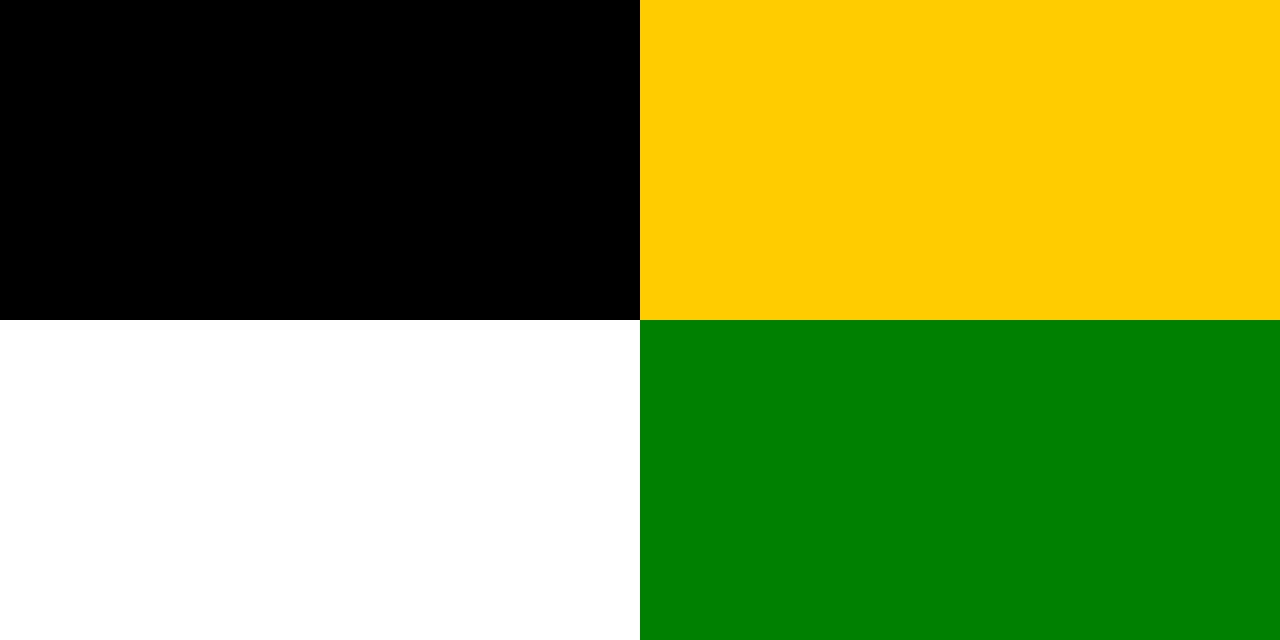 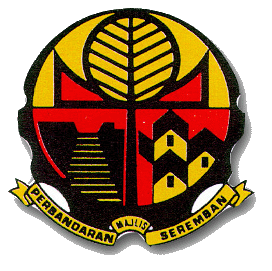