Victoria Falls has previously been featured on A Stamp A Day but what about the famous bridge? The Victoria Falls Bridge crosses the Zambezi River just below Victoria Falls and is built over the Second Gorge of the falls. As the river is the border between Zimbabwe and Zambia, the bridge links the two countries and has border posts on the approaches to both ends, at the towns of Victoria Falls, Zimbabwe and Livingstone, Zambia.

The bridge was the brainchild of Cecil Rhodes, part of his grand and unfulfilled Cape to Cairo railway scheme, even though he never visited the falls and died before construction of the bridge began. Rhodes is recorded as instructing the engineers to “build the bridge across the Zambezi where the trains, as they pass, will catch the spray of the Falls”. It was designed by George Andrew Hobson of consultants Sir Douglas Fox and Partners, assisted by the stress calculations of Ralph Freeman, who was later the principal designer of the Sydney Harbour Bridge. The main central arch is a parabolic curve. 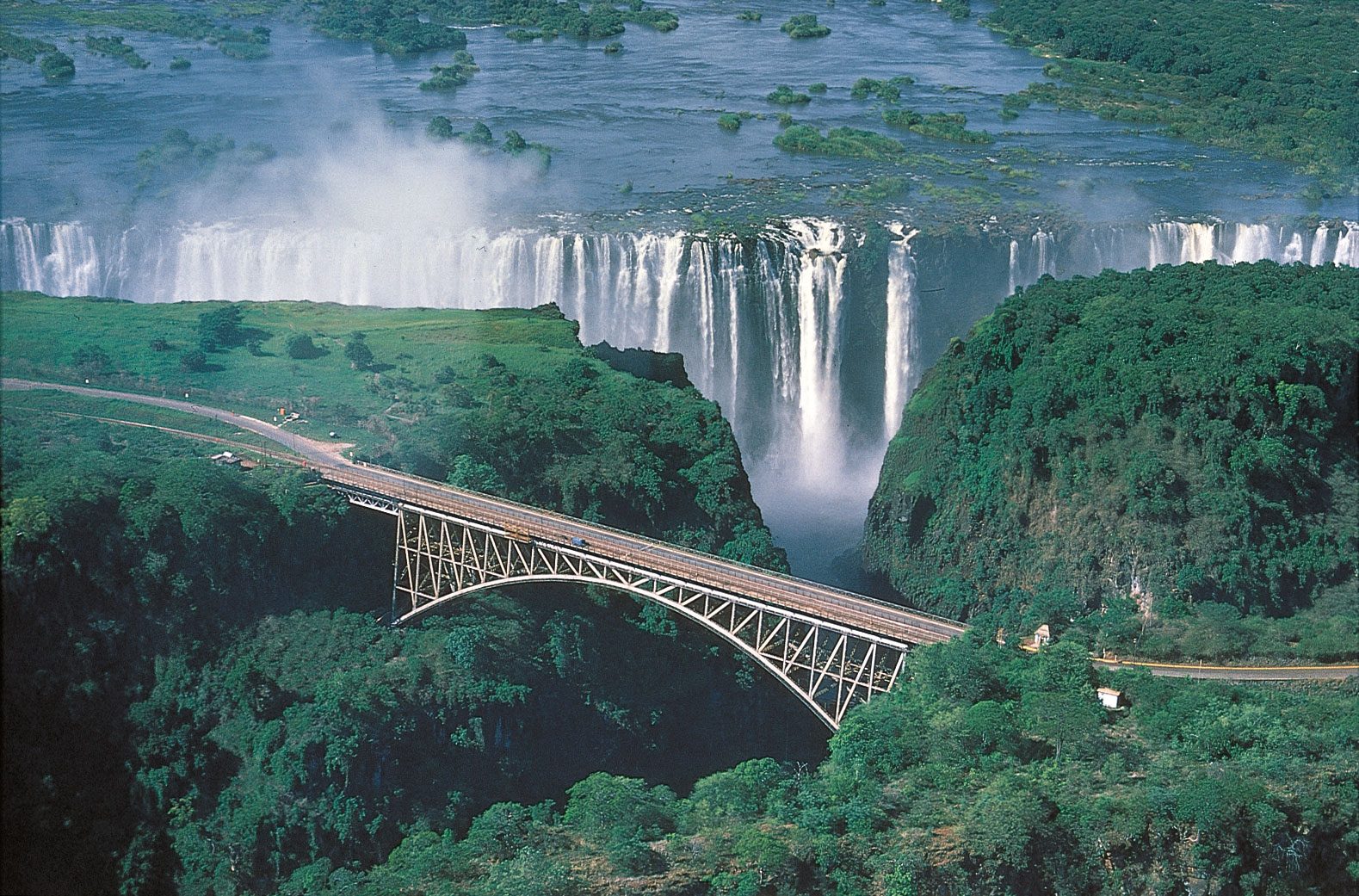 The bridge was prefabricated in England by the Cleveland Bridge & Engineering Company before being shipped to the Mozambique port of Beira and then transported on the newly constructed railway to the Victoria Falls. It took just 14 months to construct and was completed in 1905.

Constructed from steel, the bridge is 650 feet (198 meters) long, with a main arch spanning 513.5 feet (156.50 meters) at a height of 420 feet (128 meters) above the lower water mark of the river in the gorge below. It carries a road, railway and footway. The bridge is the only rail link between Zambia and Zimbabwe and one of only three road links between the two countries. 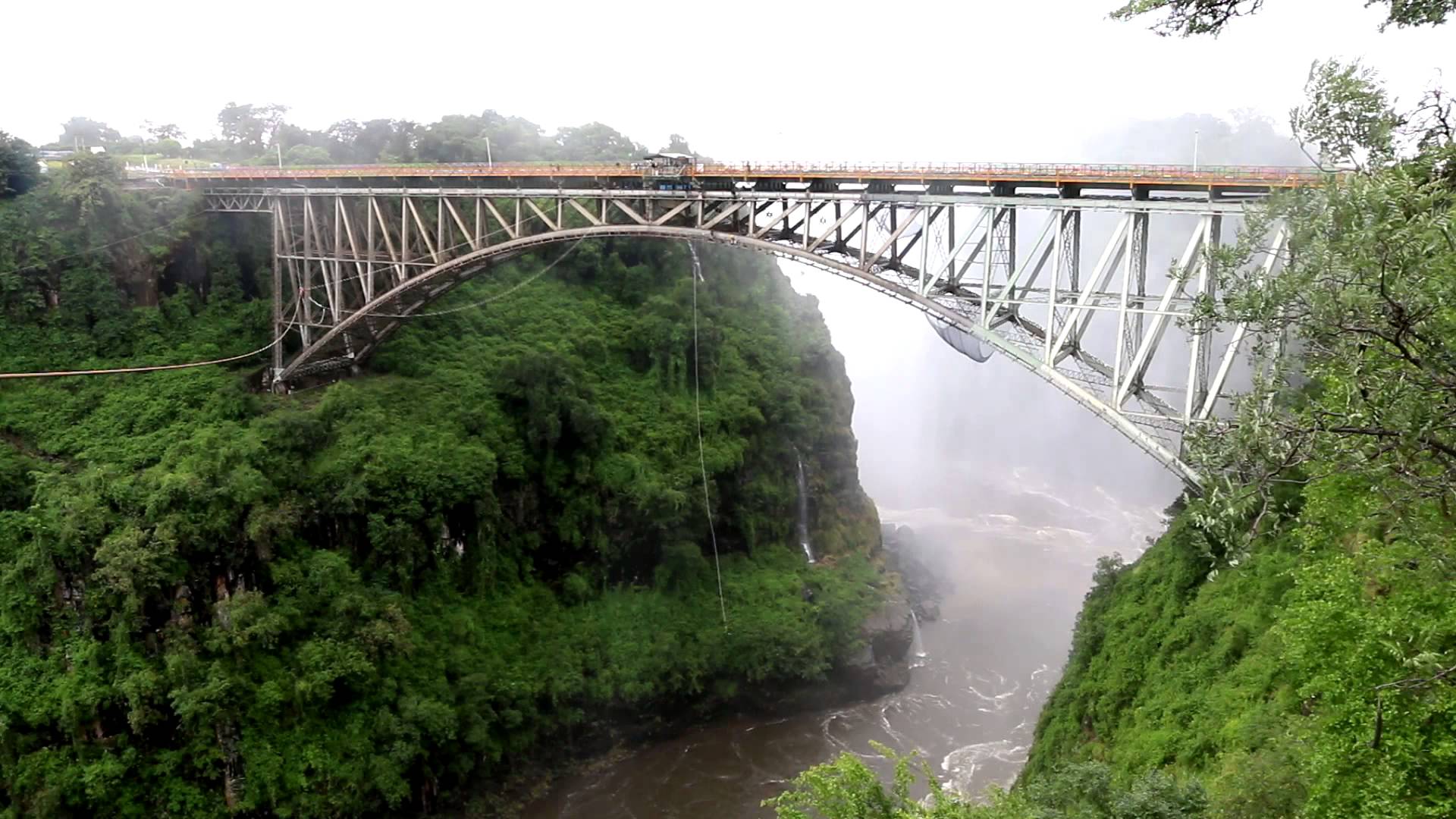 The Victoria Falls Bridge did not bring the first train or the first railway to Zambia. To push on with construction of the railway north as fast as possible, Cecil Rhodes insisted that the Livingstone to Kalomo line be laid before the bridge was finished. Then a locomotive was conveyed in pieces across the gorge by the temporary electric cableway used for the transportation of the bridge materials and nicknamed the ‘Blondin’ by the construction engineers. The locomotive was re-assembled and entered service months before the bridge was complete.

For more than 50 years, the bridge was crossed regularly by passenger trains as part of the principal route between the then Northern Rhodesia, southern Africa and Europe. Freight trains carried mainly copper ore (later, copper ingots) and timber out of Zambia, and coal into the country.

The age of the bridge and maintenance problems have led to traffic restrictions at times. Trains cross at less than walking pace and trucks were limited to 30 tons, necessitating heavier trucks making a long diversion via the Kazungula Ferry or Chirundu Bridge. The limit was raised after repairs in 2006, but proposals for more fundamental rehabilitation or construction of a new bridge have been aired. 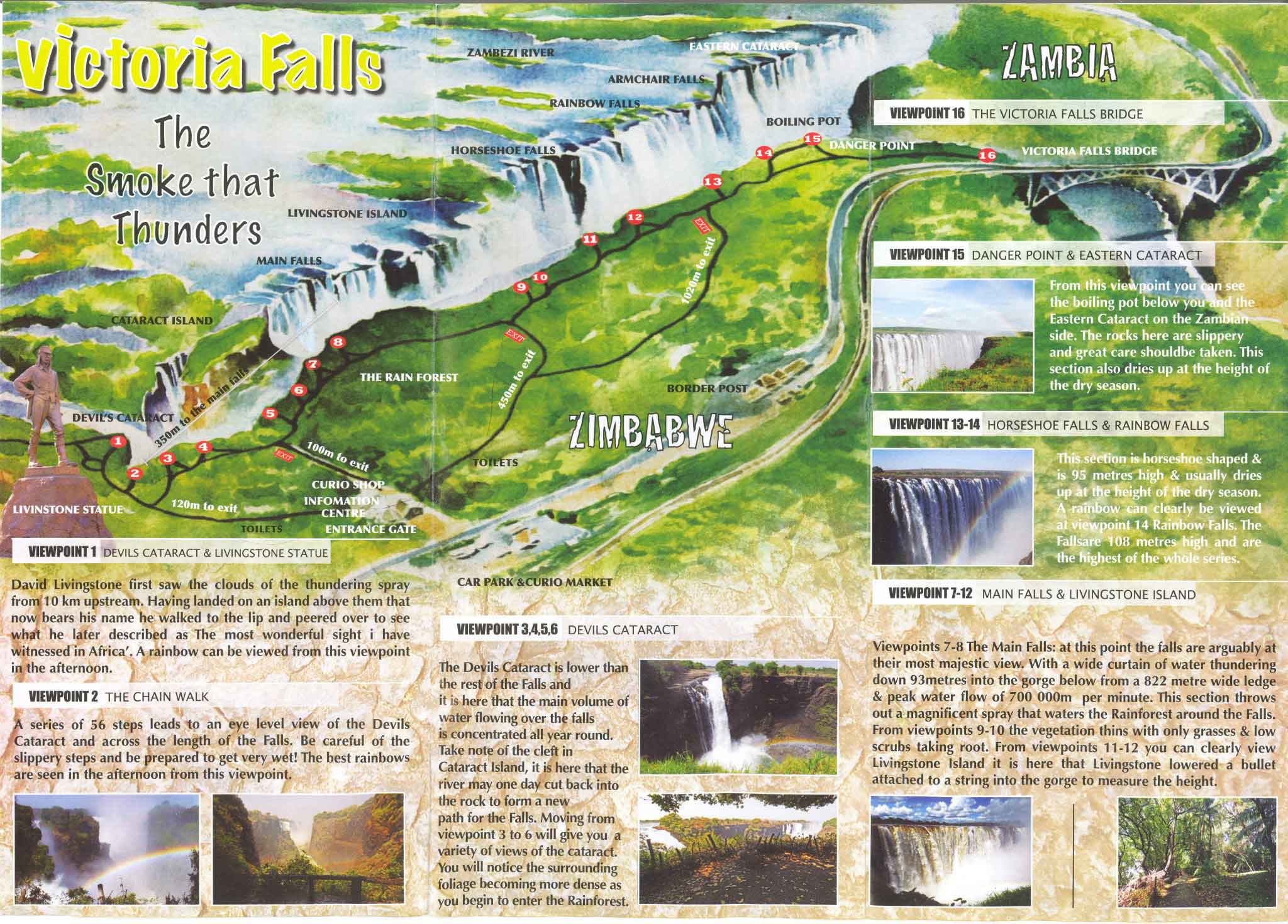 During the Rhodesian UDI crisis and Bush War the bridge was frequently closed (and regular passenger services have not resumed successfully). In 1975, the bridge was the site of unsuccessful peace talks when the parties met in a train carriage poised above the gorge for nine and a half hours. In 1980, freight and road services resumed and have continued without interruption except for maintenance.

Today, one of the Victoria Falls Bridge’s main attractions are historical guided tours focusing on the construction of the bridge and include a walking tour under the main deck. On the Zambian side there is a small museum about the bridge which is free to enter and contains a café selling refreshments. Also located on the bridge is the Shearwater 364-foot (111-meter) bungee jump including a bungee swing and zip-line. Concerns about safety of the attraction were raised in late 2011 after the bungee’s cord snapped and a young Australian woman fell 79 feet (24 meters) into the fast flowing river.

Scott #61 was released by Southern Rhodesia on June 3, 1940, part of a set of eight stamps commemorating the 50th anniversary of the founding of the colony by Cecil John Rhodes. The 4-pence brown and blue green stamp was designed by Mrs. I. Mount, recess-printed on unwatermarked paper and perforated 14.