On February 23, 532, Byzantine emperor Justinian I ordered the building of a new Orthodox Christian basilica in Constantinople which would become the Hagia Sophia. That is what I had planned to write about today. However, every stamp in my collection that I thought depicted the Hagie Sophia in fact portrayed some other mosque in Istanbul or elsewhere in Turkey, none of which I felt were as beautiful nor did I feel I could do them justice as it is getting very late in the evening as I write this. Thus, we have the fifth “random stamp day” of 2019, falling into the ever-popular topic of “aviation on stamps”. The stamp from Guernsey pictured above bears the type of aircraft I have always referred to as a “puddle jumper”.

The Britten-Norman Trislander (more formally designated the BN-2A Mk III Trislander) is an 18-seat three-engined piston-powered civilian utility aircraft produced in the 1970s and early 1980s by Britten-Norman of Britain. These STOL capable aircraft were produced on the Isle of Wight. They were also produced in Romania, and delivered via Belgium to Britain for their certification. A number of commuter airlines operated the Trislander in scheduled passenger services.

Designed by John Britten and Desmond Norman, the Trislander is a further development of Britten-Norman’s better-known Islander aircraft in order to give it a larger carrying capacity. In comparison with the Islander, the Trislander has a stretched fuselage, strengthened, fixed tricycle landing gear and a third engine on the fuselage center line atop the fin. The Trislander has exceptional low speed handling characteristics, extended endurance, increased payload, low noise signature and economical operating costs. Capable of taking off from a 492-yard long landing strip, the Trislander can readily operate from unprepared surfaces.

The prototype of the Trislander, which was constructed from the original second Islander prototype, first flew on September 11, 1970. The type entered service with the Guernsey-based Aurigny in July 1971. Initial production ceased in 1982 after 73 had been sold and delivered, with a further seven Trislanders unsold, when Pilatus Britten Norman sold a manufacturing license to the International Aviation Corporation (IAC) of Florida. It was planned for IAC to build 12 Trislanders (to be known as Tri-Commutairs) from parts kits supplied by Britten-Norman before undertaking full production, but these plans came to nothing.

The Trislander depicted on Scott #228 issued by the Bailiwick of Guernsey on August 25, 1981, is painted in the livery then used by Aurigny Air Services Limited, the flag carrier airline of Guernsey. Wholly owned by the States of Guernsey since nationalization in 2003, Aurigny operates passenger and freight services between the Channel Islands and the United Kingdom (as well as seasonal services to Norwich and Grenoble). Its main base is Guernsey Airport with other aircraft and crew based at Alderney Airport. Starting operations on March 1, 1968, Aurigny is one of the longest serving regional airlines in the world, and is the oldest established airlines in Britain after Loganair. The origin of its name lies in the cognate across Norman languages for Alderney.

At its peak, Aurigny operated 16 Trislanders, the largest operator of the type. The airline announced in April 2014 that it would retire its five remaining Trislanders and replace them with three second-hand Dornier Do 228s, noting that “the cost of keeping them [Trislanders] in the air is now prohibitively expensive”. The programme to replace the Trislanders was expected to cost £3 million, with the airline asking the States of Guernsey for a loan in order to fund its Dornier acquisition. None are still in passenger service.

Aurigny’s flagship Trislander aircraft nicknamed “Joey”, after its registration G-JOEY, gained great affection over time and a campaign was established to have “Joey” put on display in Guernsey rather than being sold. This aircraft made its last flight on June 28, 2015, and in November of that year it was announced that it would be preserved on the island. In March 2016, Oatlands Village, a local tourist attraction, was revealed to be “Joey”‘s possible new home, subject to permission for construction of a suitable building to house the Trislander.

Recently, the States of Alderney has described Aurigny’s Alderney service as “third world” and has repeatedly slammed the airline regarding the lack of reliability of the services. Passengers have frequently complained about a high number of delays, lack of customer service, and high fares. Many of these complaints were due to the removal of the Britten-Norman Trislander fleet and the acquisition of four Dornier 228 aircraft. These aircraft have suffered continual technical issues, resulting in high costs to the airline and frequent delays or cancellations to flights to and from Alderney. The airline was forced to reschedule its celebratory last Trislander “joy-flights” three times due to continued technical problems with the Dornier fleet.

On June 9, 2017, Aurigny withdrew the island’s medevac service outside of normal hours, meaning Alderney residents could only be transferred to hospital during working hours. Outside of normal hours transfer has to be with the Royal National Lifeboat Institution (RNLI). The airline blamed a lack of staff, and the States of Guernsey said they were trying to work with Aurigny to address the issue.

On December 15, 2008, a Trislander operated by LAP in Puerto Rico, crashed into the sea somewhere near the Turks and Caicos, shortly after the distress call. A spokesman for the Asociación Nacional de Pilotos reported that the pilot had his license suspended in October 2006. This was the first crash of a Trislander since 2005.

On July 5, 2009, in New Zealand, a Trislander belonging to Great Barrier Airlines lost its starboard side prop six minutes into a flight from Great Barrier Island to Auckland city. The prop sheared off and impacted the fuselage, prompting a successful emergency landing. While there were injuries, no deaths were reported. The accident was caused by undetected corrosion of the propeller flange which led to its eventual failure. 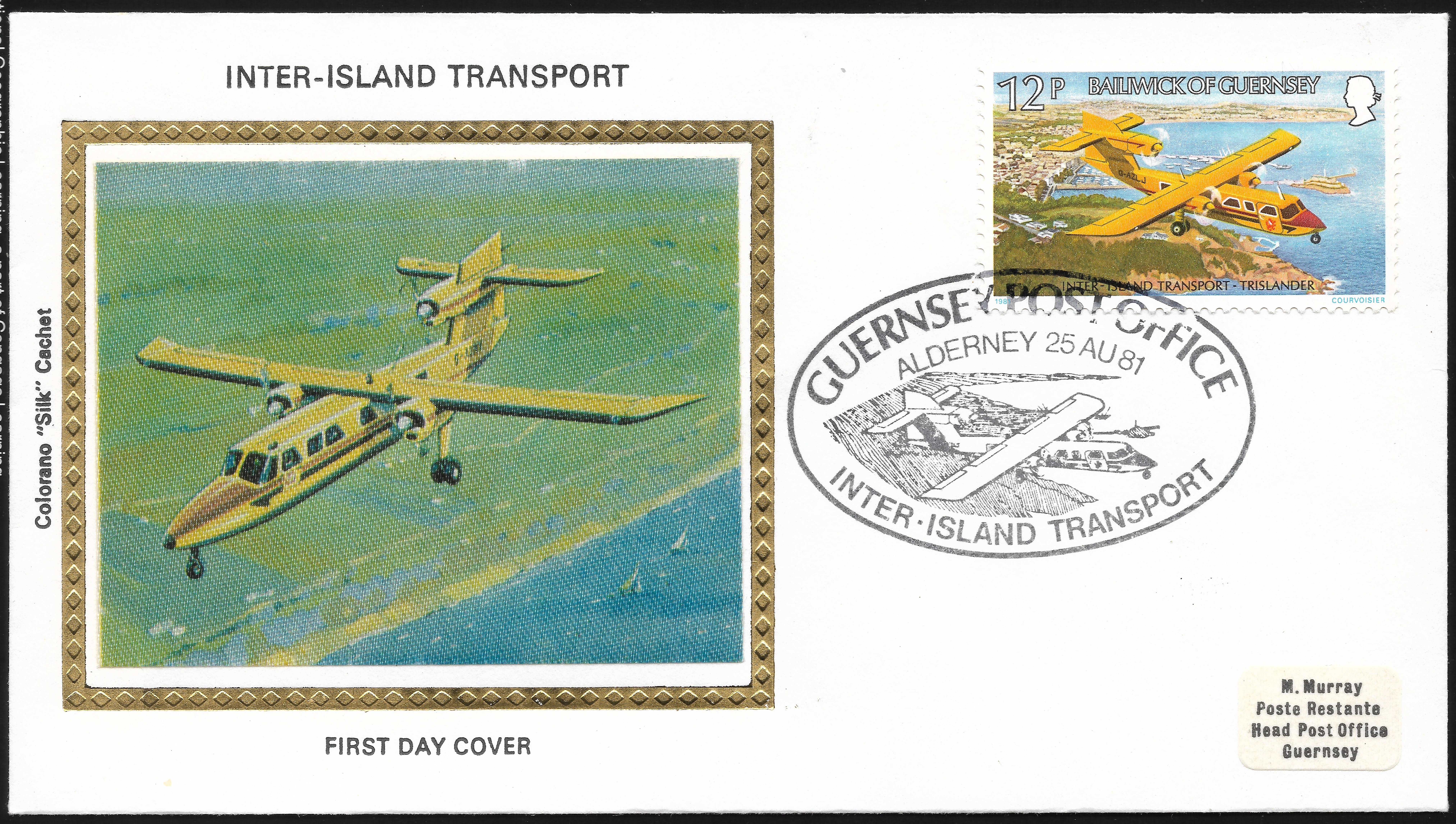 Scott #228 is part of a set of five Bailiwick of Guernsey stamps issued on August 25, 1981, depicting “Inter-Island Transportation”. The other stamps portrayed a Sark launch on the 8-pence value (Scott #227), an 18p Hydrofoil stamp (Scott #229), a Herm catamaran is depicted on the 22p denomination (Scott #230), and an Alderney coaster is seen on the 25p stamp (Scott #231). The Trislander stamp is denominated at 12p. All five of the stamps were printed by Courvosier using the photogravure process on granite paper, perforated 11½. 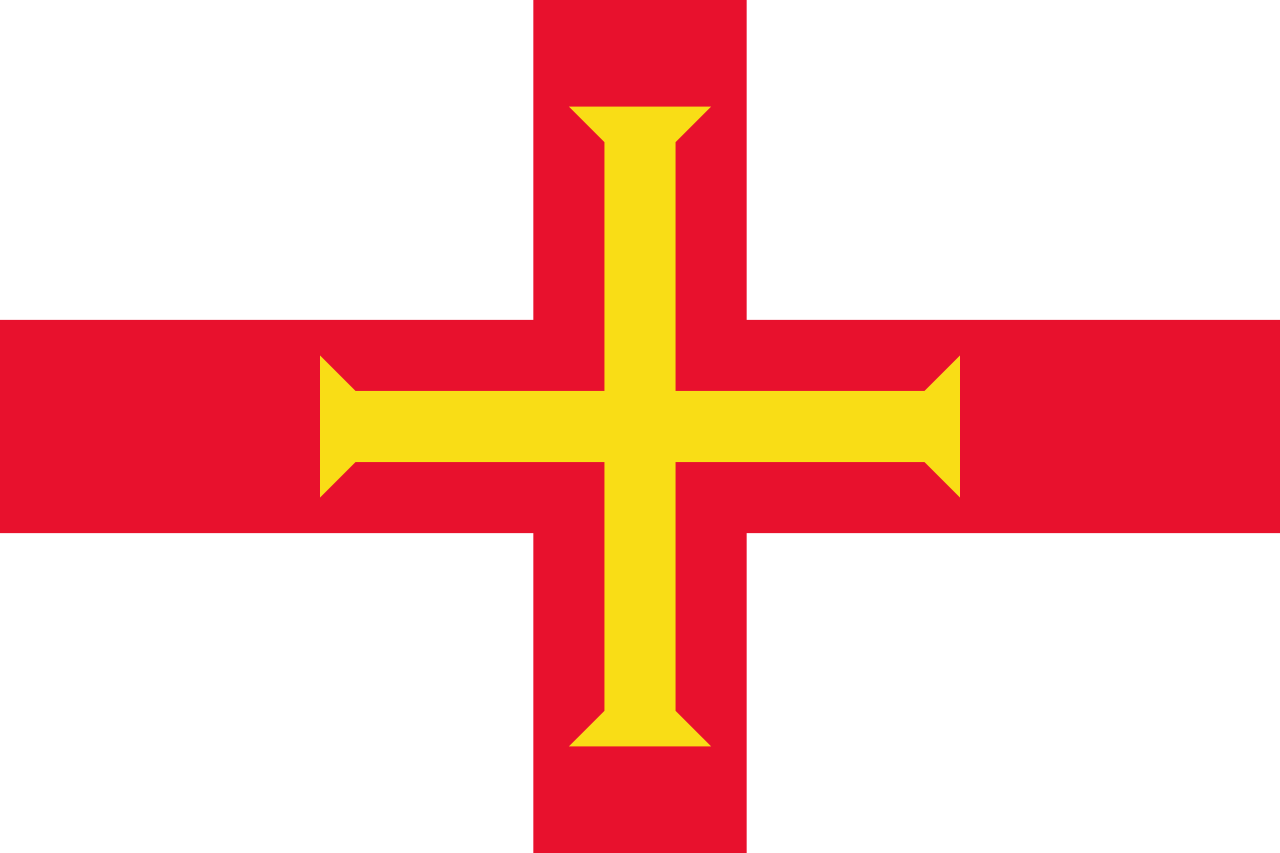 One thought on “The Britten-Norman Trislander”